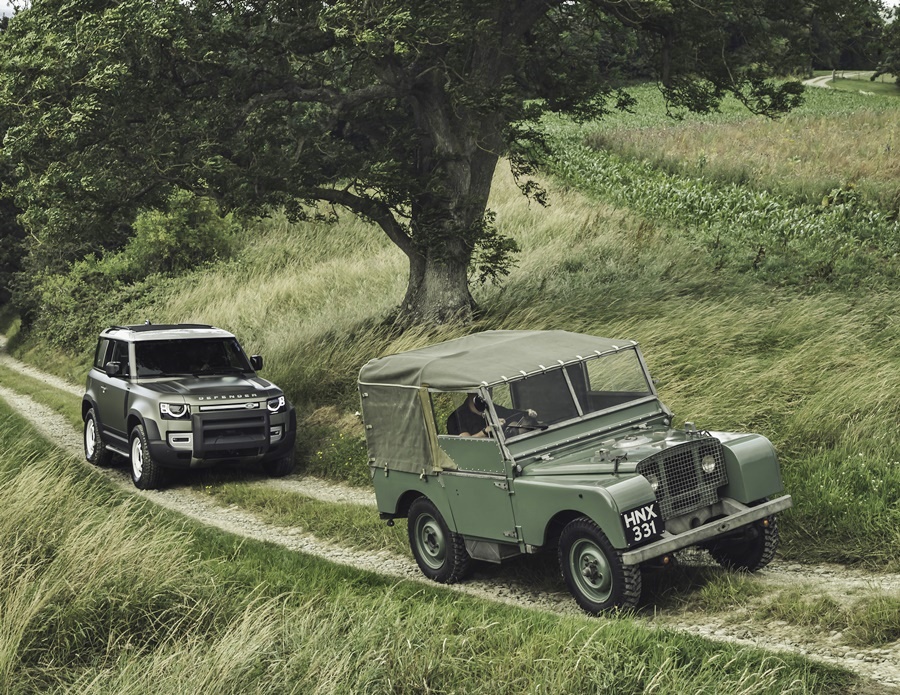 Mention ‘Land Rover’ and the first image that would usually come to anyone’s mind would be the iconic shape of the original model that the British 4×4 specialist started with in 1948. It was known simply as the ‘Series 1’ and as it was the only model offered, it became synonymous with the brand name. The name itself explained what the vehicle could do – rove the land, regardless of conditions.

The Series 1 was influenced by the American Willy’s Jeep, another equally iconic 4×4 vehicle, extensively used during World II. As the designers of the Land Rover model considered how they would improve on the Jeep’s all-purpose concept, they saw that with the war over, more consideration should be given to comfort for civilian use. This led to the provision of a cabin (although open versions were also available) which gave protection from the elements.

At the same time, however, a rugged go-anywhere capability was still required to make the vehicle useful, especially as it was to be aimed at users in the agricultural and industrial sectors. It also needed to be tough as it would be sold in overseas markets, many of which were just developing in the 1950s. 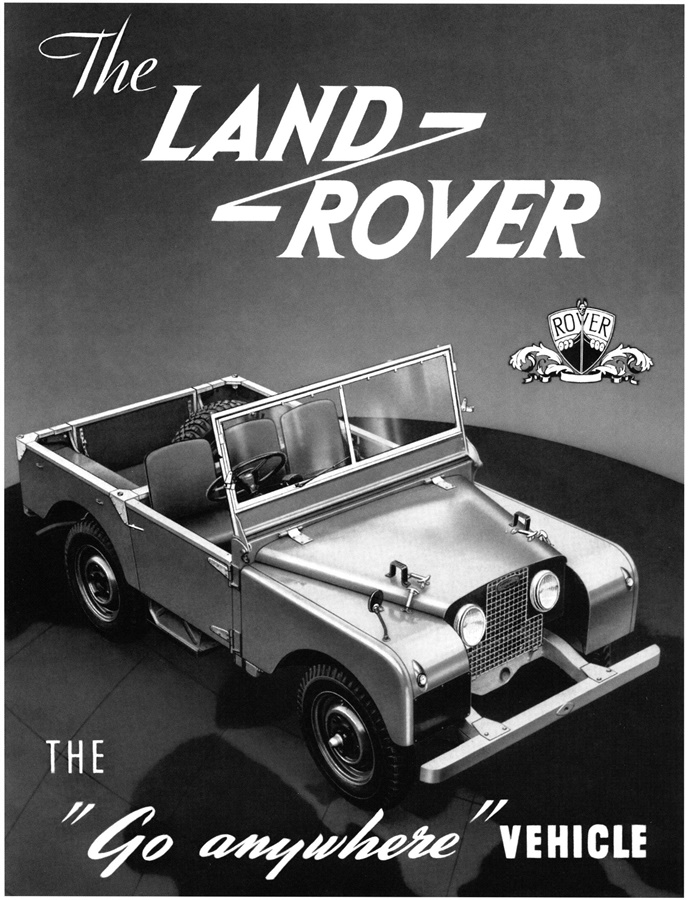 The Land Rover DNA
Like Sir Alec Issigonis with his Mini, the bodywork was kept as simple as possible for easy assembly. Many parts were flat and straight, which also kept production costs lower. More significantly, due to shortage of steel after the war, the body panels were made of aluminium alloy. Not only did it help to keep the weight lower, especially with the tough steel chassis but would help with better resistance to corrosion, giving longevity to the vehicles. This approach of using the material would remain to this day as a distinguishing feature of Land Rovers

And of course, it had a system to power all the wheels, essential for off-road driving. For this, the engineers developed a transfer case that could send power to the front wheels when required, otherwise all power went to the rear wheels. The system would be improved over time and Land Rover would build up experience in 4×4 systems that would make it a leader in the field. 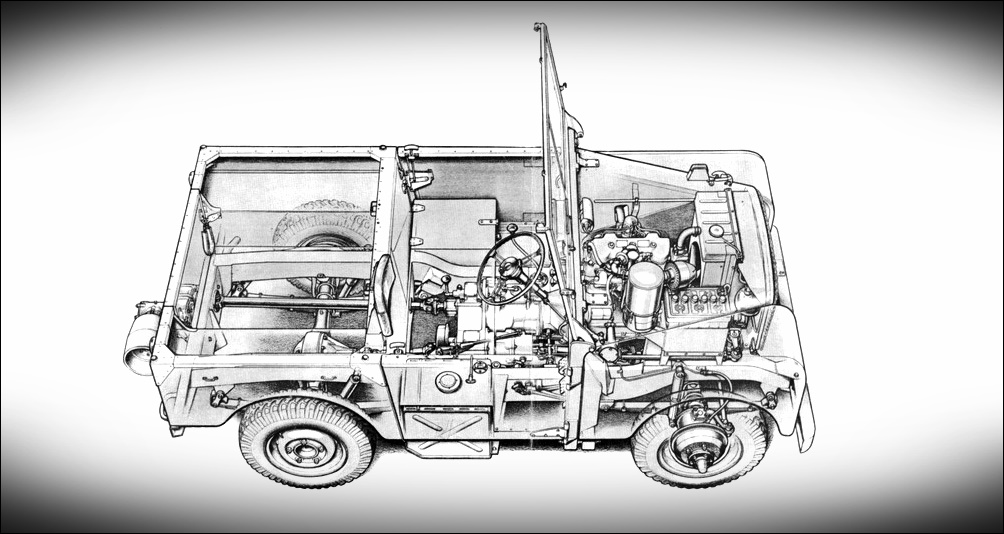 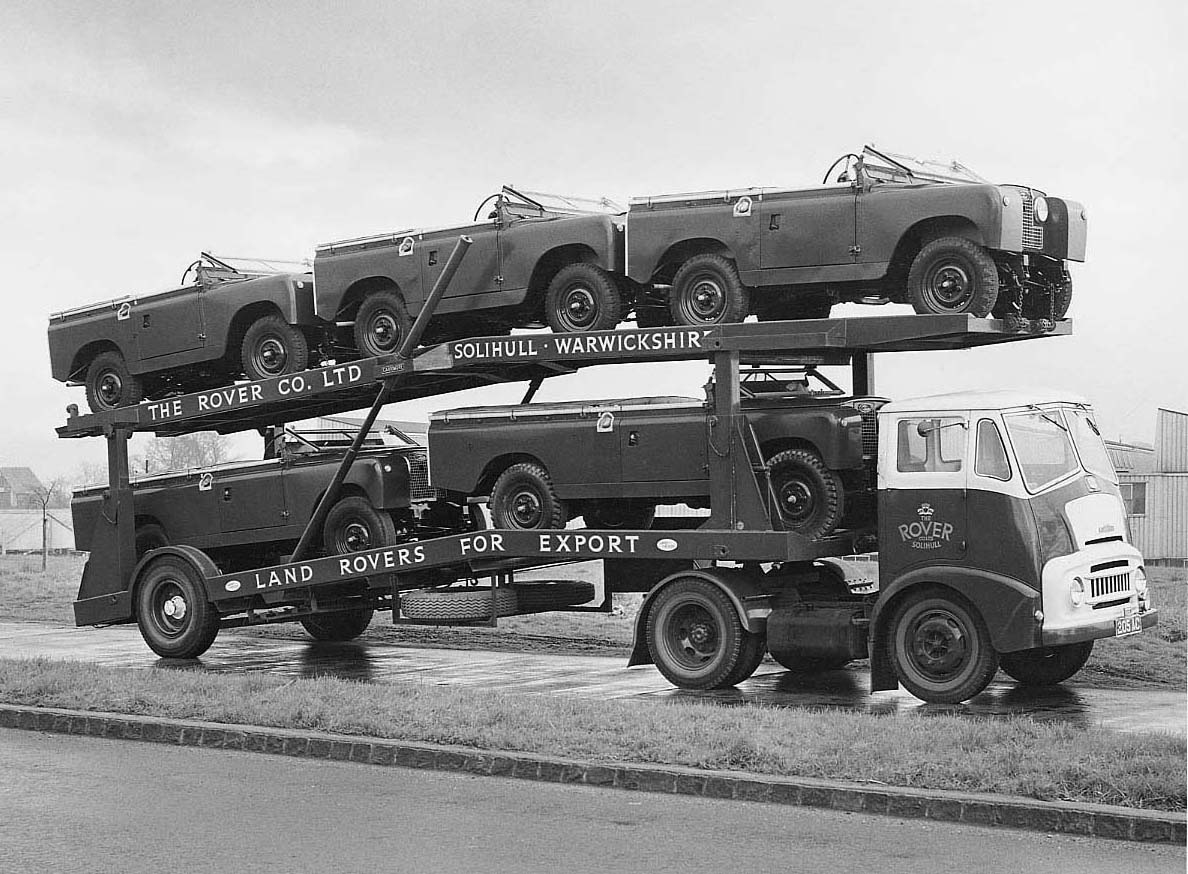 The Land Rover Series I evolved into new series as the years went by, with the Series II being launched in 1948, followed by the Series III in 1971. By then, the single model had many different various versions to suit different needs. There were two wheelbase lengths and open versions as well as closed versions. Even in those early years, Land Rover saw a market for more comfortable vehicles and developed a Station Wagon version. Before long, even the Queen of England would become a fan of the vehicles, and remains so up till this today. 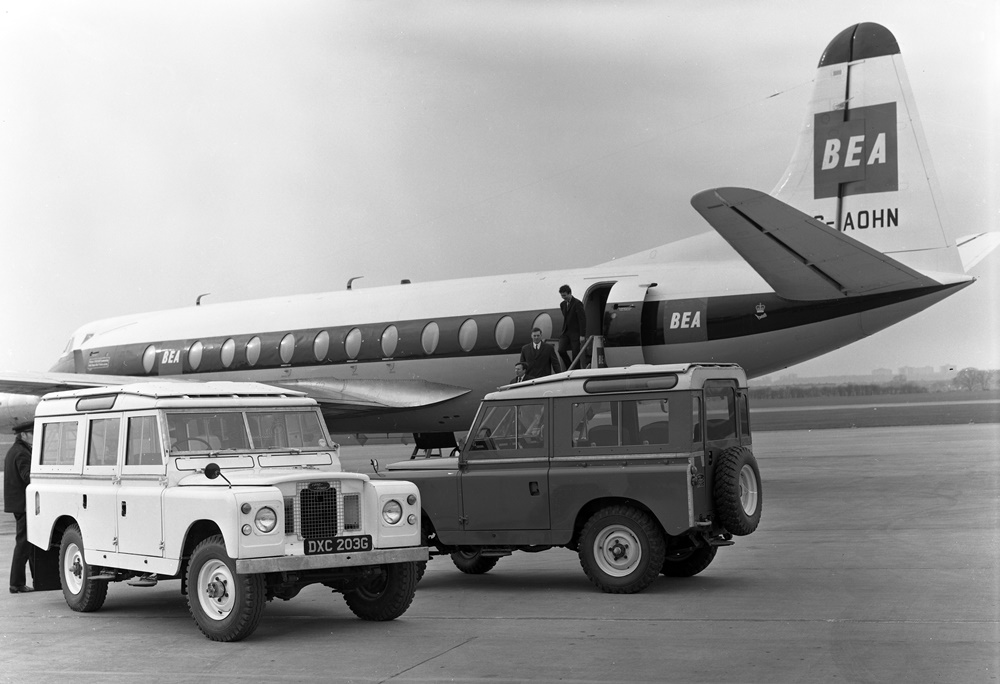 Continued evolution of the series
This new series, launched in 1983, had a similar silhouette as the Series III and only enthusiasts would spot the cosmetic differences. However, there were significant technical changes that improved the vehicle in many areas. Coil springs were used for the suspension which made the ride better and allowed for better axle articulation. The part-time 4×4 system was replaced by a permanent 4-wheel-drive system (similar to the Range Rover’s) with a 2-speed transfer case and a centre differential that could be locked. This extended the capabilities of the vehicle, especially in very difficult conditions. 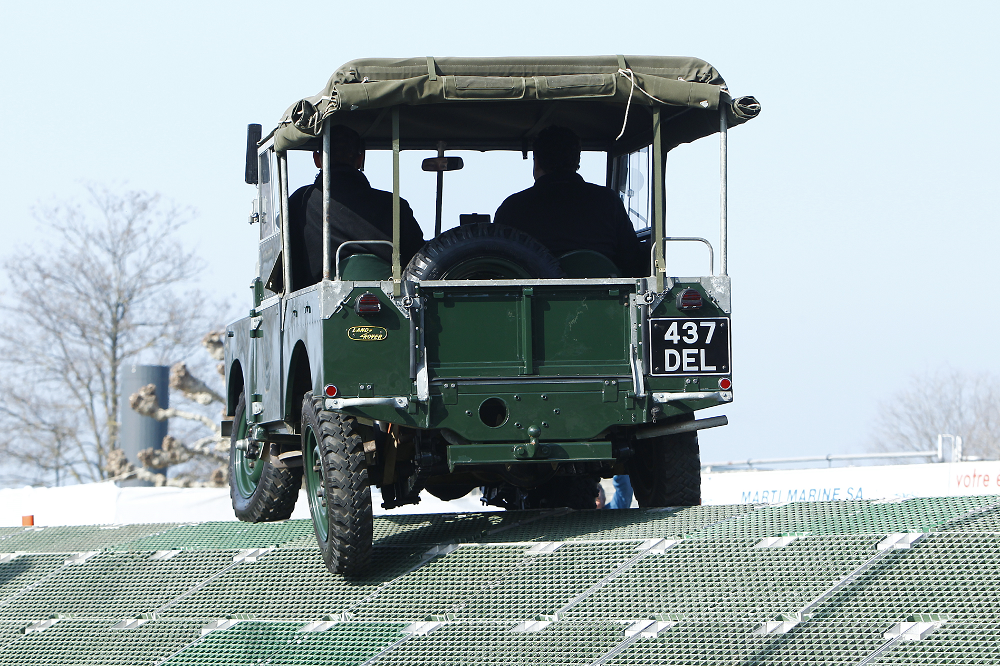 The interior was modernized but continued to have its own character that was dictated by the need to be able to cope with rough usage conditions. The new generation of 4×4 vehicles began appearing in the early 1980s, offering more ‘civilized’ cabins with passenger cars features. However, Land Rover stuck with the more functional approach although by then, marketing of such vehicles had started to orient towards being dual-purpose vehicles that could be used like alternative passenger cars. Land Rovers stood out for their ruggedness and capabilities, remaining a popular choice for serious off-road drivers.

In 1970, Land Rover had added a second model to its range which was the pioneer of the luxury SUVs that would come two decades later. While it had a more upmarket image (and appointments), the Range Rover also had superior capability in all conditions. In fact, as the flagship model, it would pioneer many new 4×4 technologies as well. Adventurers would prove this with journeys into the remotest areas of the planet, sometimes accompanied by the original Land Rovers. 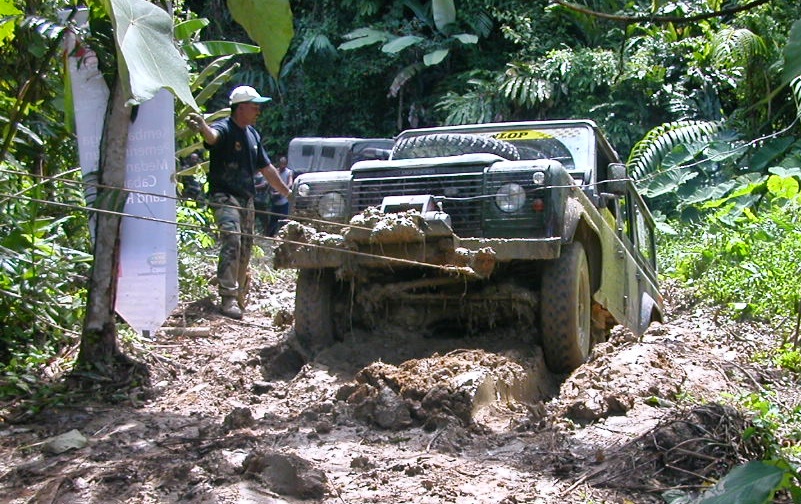 As the popularity of the new breed of 4×4 vehicles grew during the 1980s, a team at Land Rover saw the potential for a premium model below the Range Rover. It would have all the well known attributes of Land Rovers but also a stylish design with an interior designed by a specialist firm. It was to be called the Discovery and surprised the world when it was launched in 1989.

The birth of the Defender
The addition of the Discovery to the range meant that the ‘Land Rover’ name could no longer have the dual function of being a product name. Having wheelbase dimensions as model ‘names’ was also not attractive any longer, especially now that there was the Discovery. So the decision was made to rename the existing range and, in 1990, the 90 and 110 models became the Defender 90 and Defender 100, while the 127 became the Defender 130. 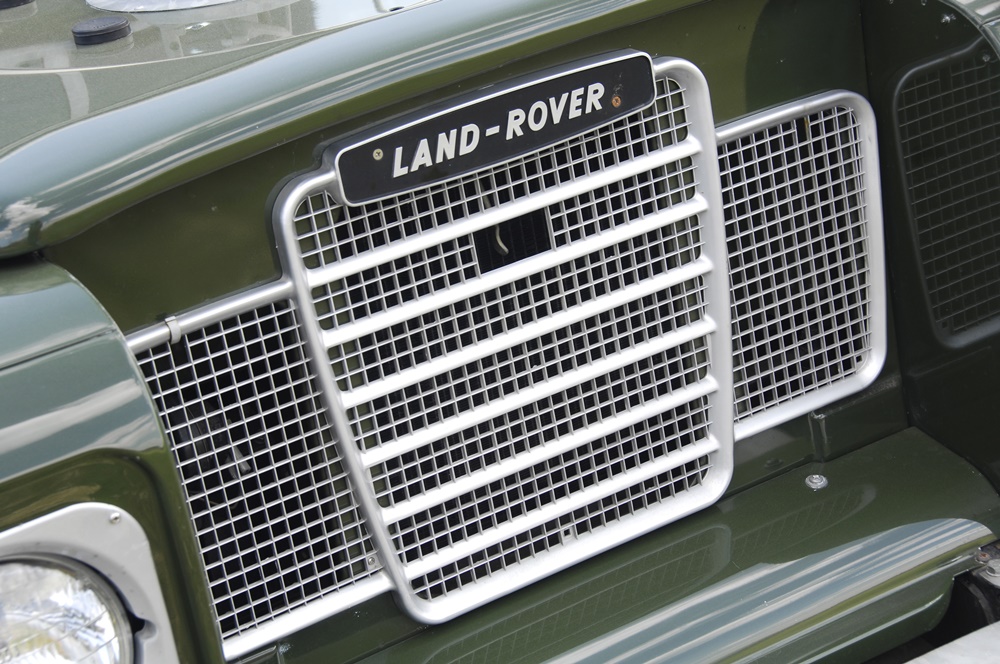 The Defender would continue to symbolize Land Rover because of its design, and it would have the longest production run – 26 years – before ending in 2016. After the Discovery, Land Rover had become part of the BMW Group and then the Ford Group. This began an era of broadening its range as well as moving forward with greater technological advancements. New and more modern models were developed and each was to be at the top of its segment.

The Defender remained unique in the range because of its traditional design. Where the new models from the Discovery onwards had as much emphasis on design as capability, the Defender was the rugged reliable workhorse that even armed forces appreciated. 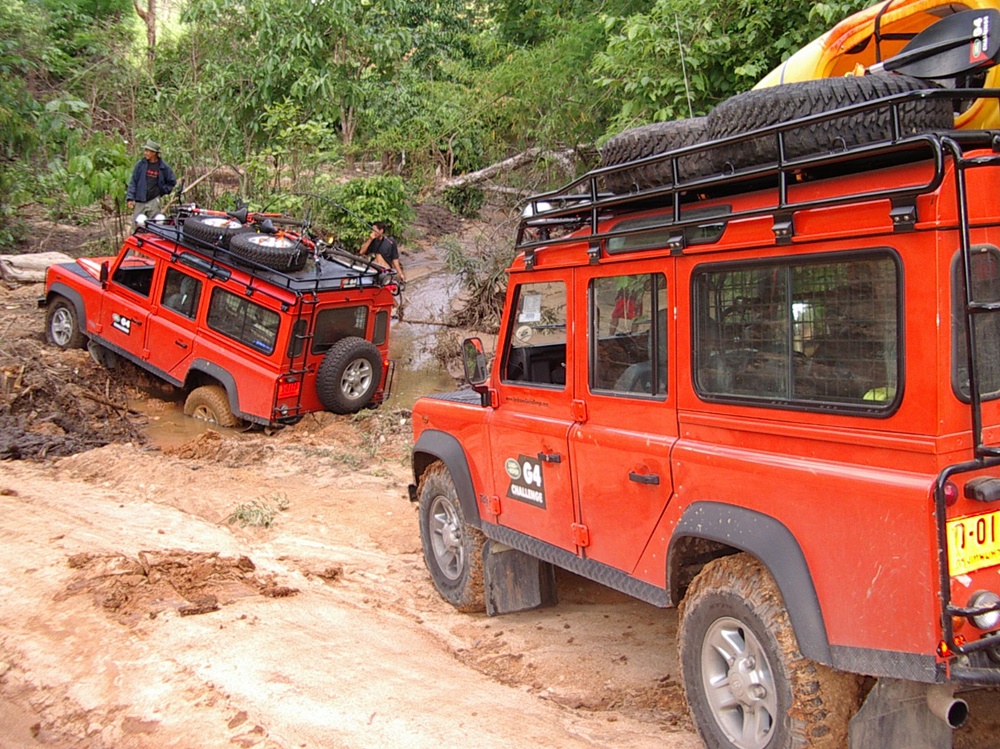 Throughout the production life of the Defender, safety and emission regulations became stricter and for a vehicle that was essentially developed in the 1980s, meeting the regulations became more challenging for the engineers. As the 21st century began, it became clear that it would not be practical to keep trying to engineer the Defender to meet new demands by regulators, even if the public didn’t mind. Furthermore, as a more ‘hardcore’ model, the sales volume was smaller than for other Land Rover models.

And so, after more than two million vehicles being produced (including the original Series models) since 1948, Land Rover’s owner, Tata Motors, made the decision to end production. It was estimated that more than 70 percent of all the vehicles produced were still in use somewhere in the world .

The New Defender
Land Rover understood that a successor was expected but the world had changed in the past six decades. Consumers wanted comfort and stylishness but being a Land Rover also meant that the renowned all-terrain capabilities had to be present – even if 98% of owners never drove far off the road. By 2019, the new design was confirmed and presented to the world in September at the Frankfurt Motor Show. It was recognizable as a Land Rover and yet could also satisfy the tastes of the new generation of buyers who had many choices of vehicles in the segment now called ‘SUVs’ (Sport Utility Vehicles). The icon was reinvented without ever losing the character and authenticity of the original.

“The new Defender is respectful of its past but is not harnessed by it. A distinctive silhouette makes the New Defender instantly recognizable,” said Gerry McGovern, Chief Design Officer at Land Rover and ‘Guardian of Land Rover DNA’. “This is a New Defender for a new age. Its unique personality is accentuated by its distinctive silhouette and optimum proportions, which make it both highly desirable and seriously capable – a visually compelling 4×4 that wears its design and engineering integrity with uncompromised commitment.”

Land Rover in Malaysia
Land Rover’s presence in Malaysia began almost as soon as exports started in the late 1940s. The Malayan Emergency was declared in 1948 and as British troops carried out operations in the jungles, the Series I Land Rovers proved their capabilities and established the beginnings of the legendary 4×4 vehicles.

The country was also moving towards independence and with it came much development of infrastructure where again, the Land Rovers proved valuable. They were often the first vehicles into newly opened sites in the jungle where roads and new settlements were being created. Public service agencies, like the armed forces, found they could use the vehicles for a variety of purposes and the simplicity of the design meant that maintenance was also easy. It was those early Land Rovers seen on roads and in jungles all over Malaysia that established the brand as the 4×4 leader.

When the Malaysian government urged manufacturers to assemble their products locally to help promote industrialization, Land Rover was happy to do so. Champion Motors had a new factory in Shah Alam, Selangor, which could assemble the vehicles and the company also handled distribution, sales and aftersales.

In the early 1980s, when the Defender was introduced, the Land Rover franchise had passed on to the PERNAS-Sime Darby Group which established Land Rover (Malaysia) Sdn. Bhd. In 1981. This began a new phase of growth for the brand, supported not only by the large number of orders from the armed forces but also the increasing demand from many other sectors. 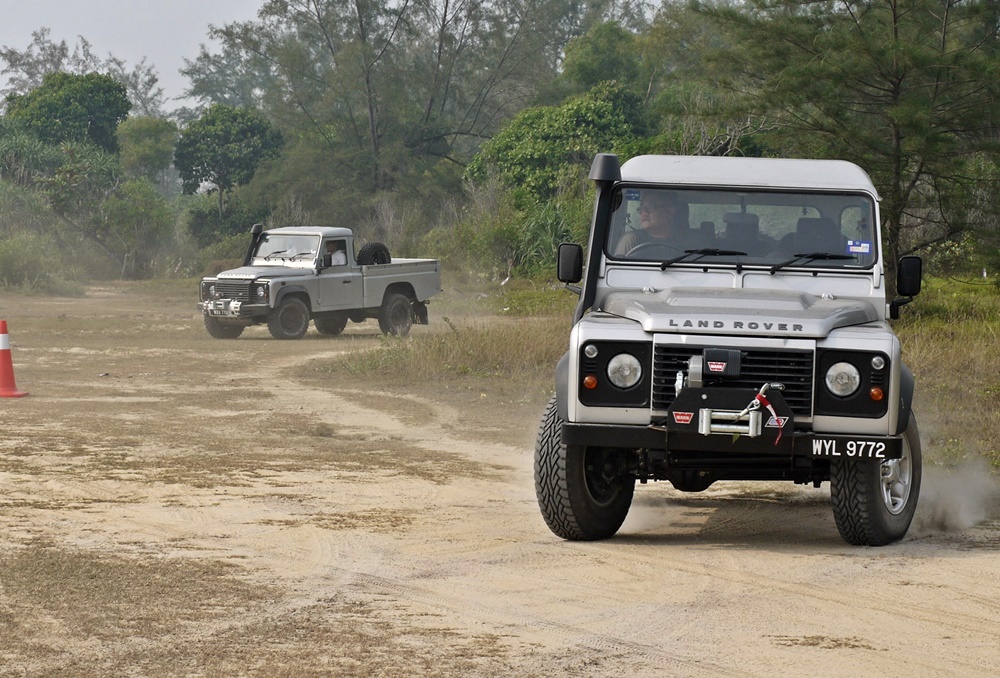 Although the Land Rover range gradually widened, the Defender was always present. It had its own following that preferred the traditional features of the model and its truly go-anywhere capability. With the aluminium bodywork, the older vehicles remained in use for a long time, many finding homes in the vegetable farms on the hills of Cameron Highlands.

Just as its principal was unified as Jaguar Land Rover in the UK, so too was the business in Malaysia with the establishment of Jaguar Land Rover (Malaysia) Sdn Bhd. This joint venture between SISMA Auto and Sime Darby Motors has been the exclusive importer for Land Rover and Jaguar vehicles in Malaysia since 2014. It has seen even greater growth with the opening of purpose-built brand centres around the country to offer the modern range of Land Rovers, including the New Defender. 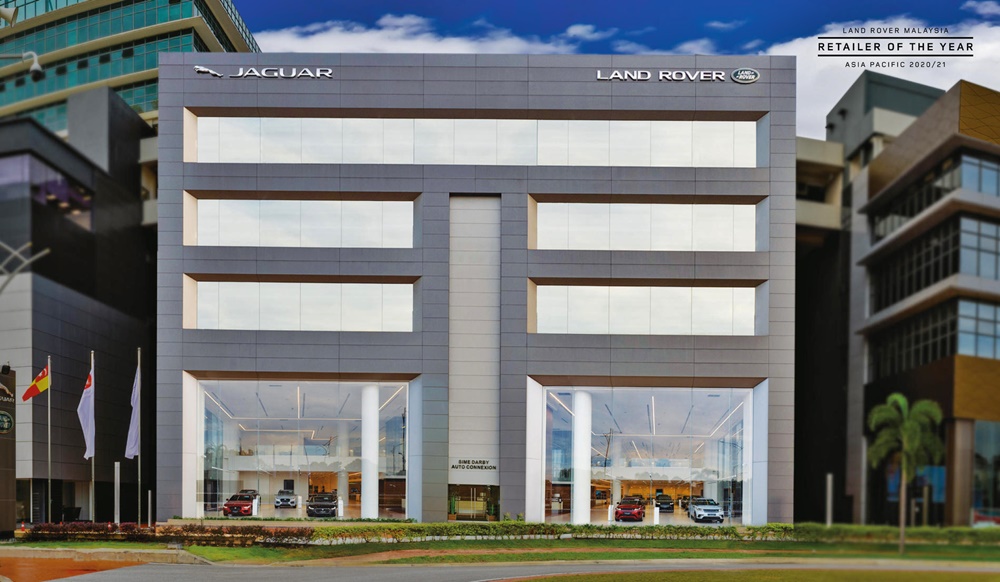 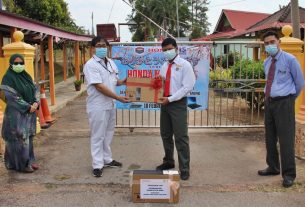 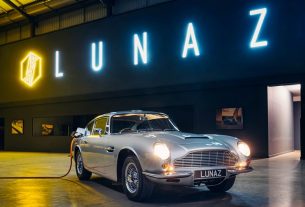 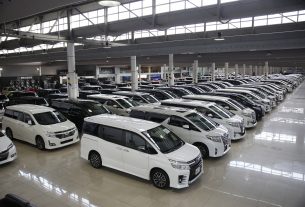