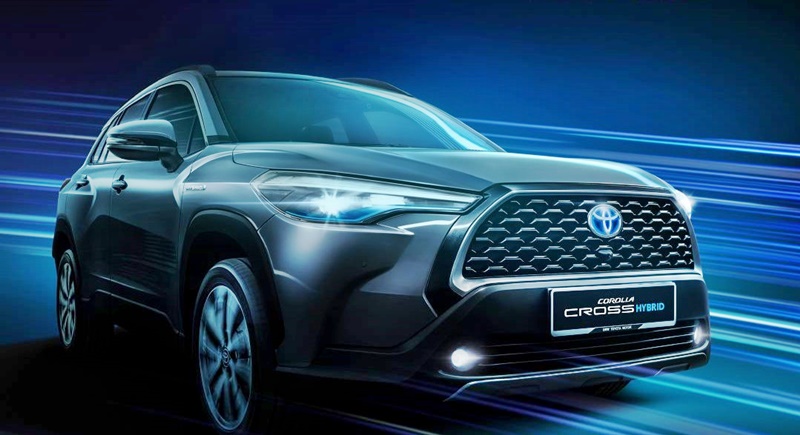 In spite of the long period of shutdown in the middle of the year, 2021 looks to be a year as busy as any other in the pre-COVID-19 era. Perhaps it’s like what happened with F1 in 2020 when the calendar was compressed and run in the second half of the year, making for a rather hectic time for teams.

In a ‘normal’ year, new model introductions would be spaced out throughout the 12 months but now everyone seems to be rushing to launch – or at least unveil – new models before the year ends. The most significant would be the new Toyota Corolla Cross Hybrid, the first Toyota model with a hybrid powertrain assembled in Malaysia. UMW Toyota Motor (UMWT) had already announced investments last year to assemble hybrids, and although the lockdown may have caused a slight delay, it appears that the launch is pretty near if they are now accepting orders. 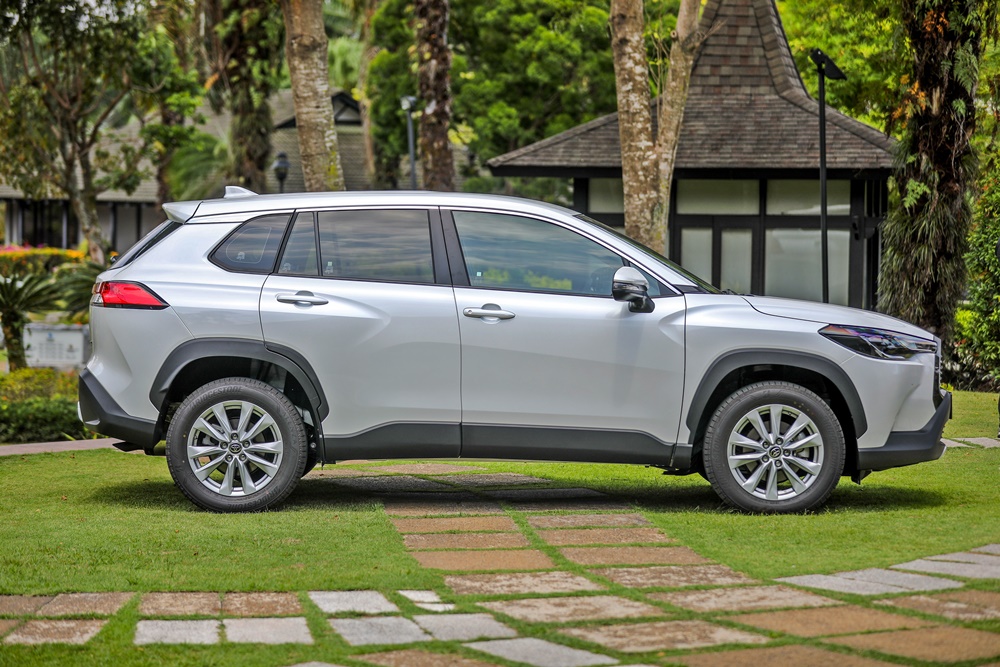 The hybrid powertrain in the Corolla Cross Hybrid is the product of over 25 years of continuous development and improvement. Toyota was the first carmaker to introduce the world’s first mass-produced passenger car with a hybrid electric powertrain in the late 1990s. To date, the carmaker has sold over 18.1 million hybrid vehicles around the world and from one model called the Prius, there are now 45 HEV models of different sizes and bodystyles.

As part of its electrification strategy, Toyota intends to have almost every model it sells with a hybrid variant available in markets that require it. The technology has proven to be reliable and unlike fully electric vehicles, does not require any additional public infrastructure. It is therefore ideal for Malaysia at this stage of its journey towards electrification.

“The local assembly of the new Toyota Corolla Cross Hybrid is another major milestone in Toyota’s long history in Malaysia. The Corolla contributed to the motorization of the country when it was first introduced in the 1960s, and now with the Corolla Cross Hybrid, Toyota is contributing to the country’s transition towards the era of electrification,” said Akio Takeyama, Deputy Chairman of UMW Toyota Motor.

The hybrid electric powertrain of the Corolla Cross Hybrid employs the fourth generation of Toyota’s Hybrid Electric System. This consists of a 1.8-litre petrol engine which works together with an electric motor, with power to the wheels coming from the engine or the motor, or a combination of both, depending on driving conditions. For stronger acceleration, more power may be drawn from the petrol engine, while the electric motor is used more when moving off from standstill. In certain conditions, it is even possible to drive on just electric power, with almost noiseless movement and zero emissions. 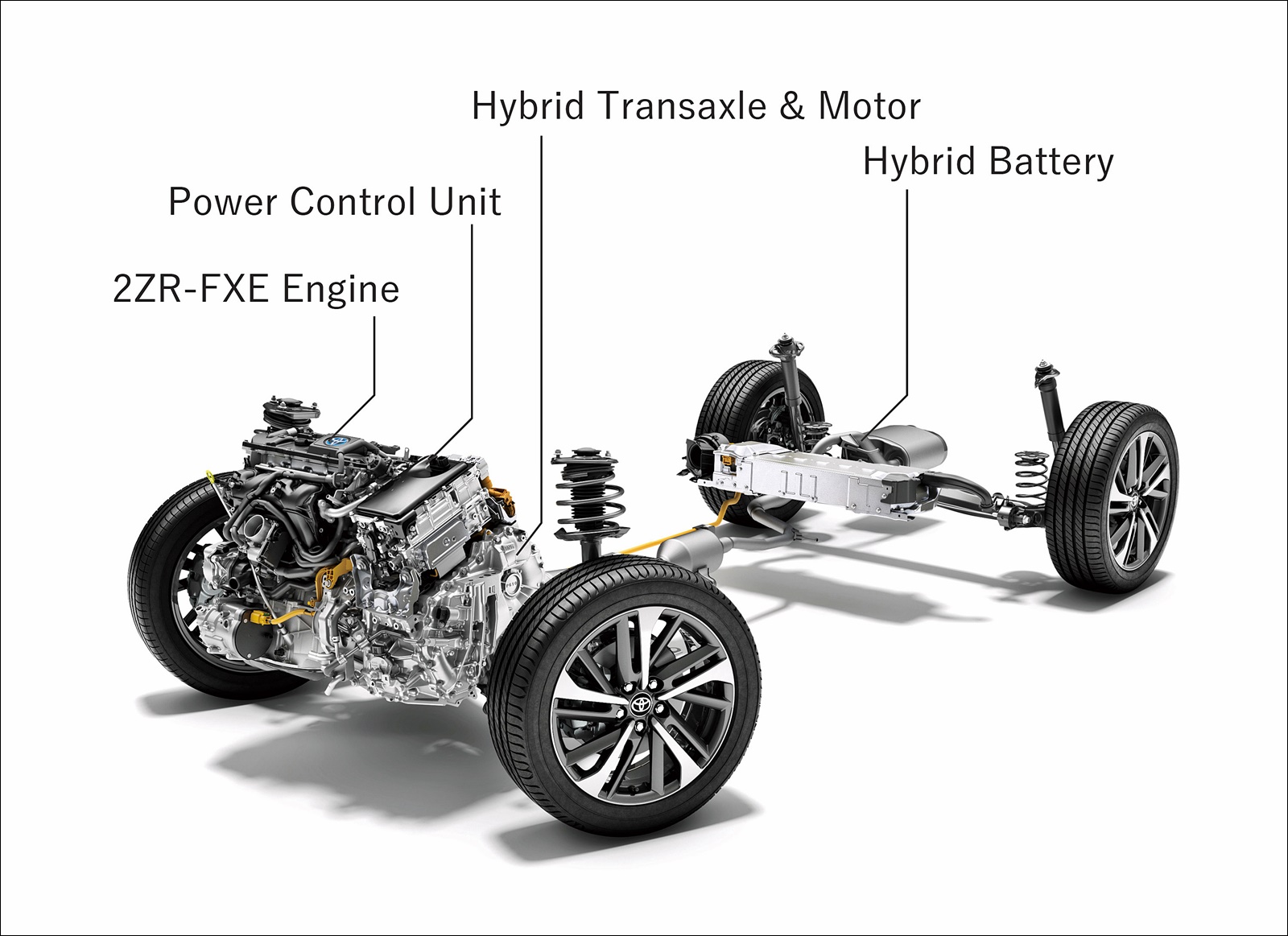 The power output of the petrol engine is 72 kW/98 ps at 5,200 rpm with 142 Nm of torque at 3,600 rpm. From the electric motor comes 53 kW (equal to 72 ps) and 163 Nm of torque which is available from almost idling speed; when maximum performance is required, the outputs of both power sources will be used. Power delivery is via an E-CVT with 4 drive modes – SPORT | ECO | NORMAL | EV.

The Corolla Cross 1.8V and 1.8G have similar 1.8-litre DOHC 16-valve petrol engines with Dual VVT-i. The output from this engine is 139 ps/172 Nm, flowing to the front wheels via a Shiftmatic transmission (CVT) which also has manual selection of gears.

TNGA
As with most of the latest Toyota models, the Corolla Cross uses the Toyota New Global Architecture (TNGA, a structure and platform that allows more design and engineering flexibility. It can be used for a variety of bodystyles and one of its strong points is a lower centre of gravity to Improve. At the same time, as this is a  SUV model, the eye level of the driver can still be 121 mm higher than that in the Corolla Sedan. The ground clearance is also higher at 161 mm, in keeping with the crossover SUV image and functionality of the model. 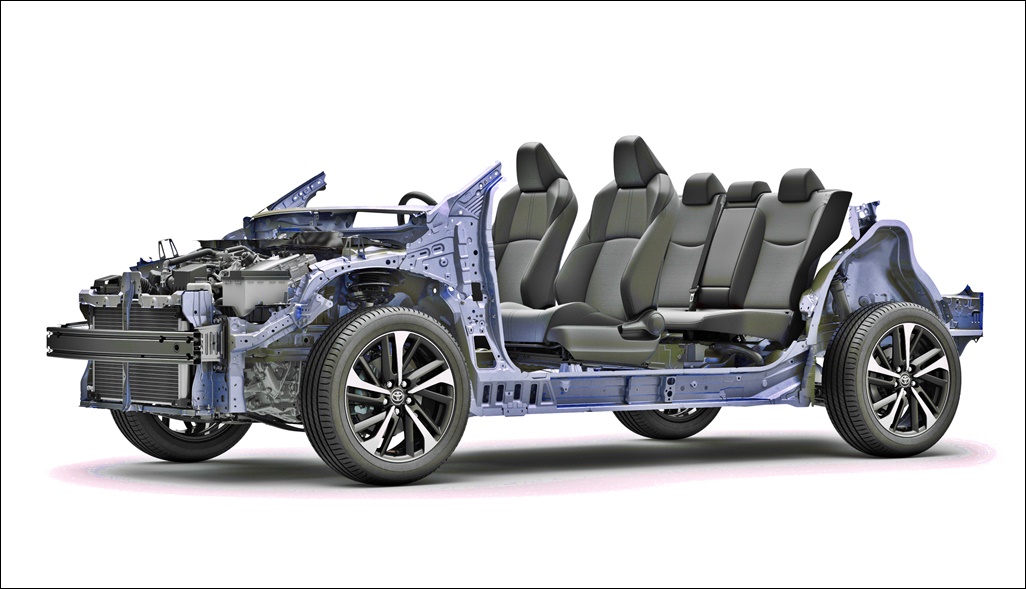 Toyota Safety Sense
The Corolla Cross Hybrid comes with Toyota Safety Sense (TSS) 2.0 which is a driver-assistance system that uses various active safety systems which work with each other. They rely on the radar and camera to detect other vehicles ahead and maintain a safe gap while cruising or in the event of a likely collision, automatically activate the brakes if the driver does not take corrective action. 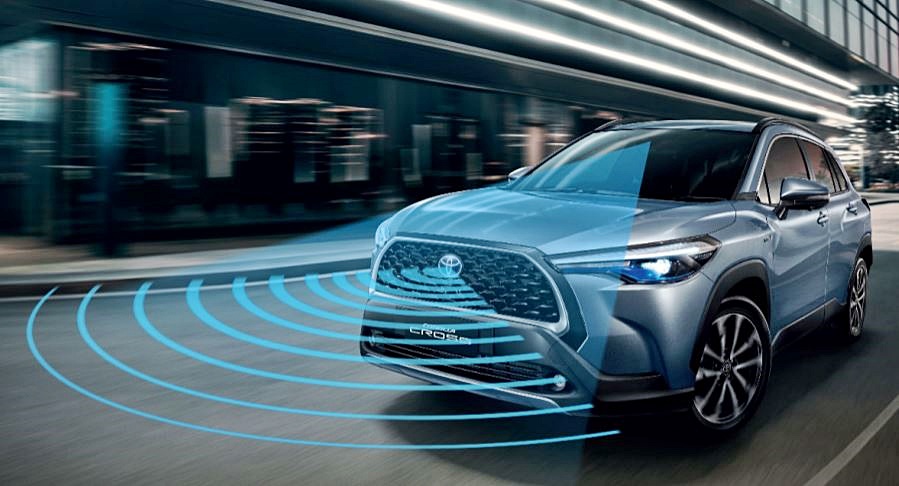 Besides the high-strength TNGA platform, the structure of the Corolla Cross is engineered to withstand impact forces from all sides during an accident, reducing or preventing injuries to the occupants. In crash testing and technical evaluation by ASEAN NCAP, the model received a maximum 5-star safety rating. 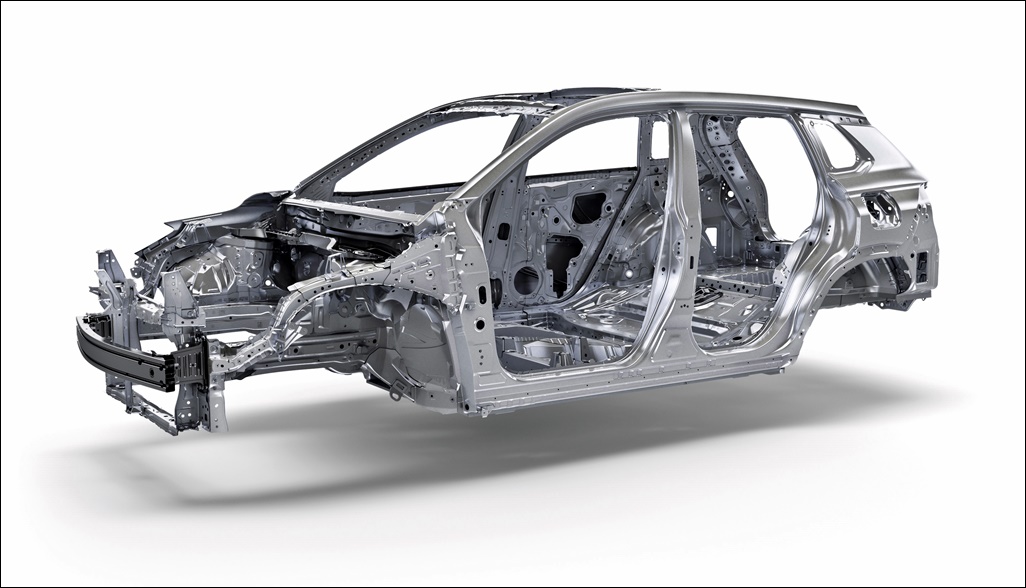 8-year warranty for battery pack
As with other Toyota passenger car models, the Corolla Cross comes with a factory warranty of 5 years, with unlimited mileage. Understanding that customers have concerns about the lithium-ion battery pack (which is much more expensive than the small one found in the engine bay), UMWT offers a separate warranty of 8 years for the item. The warranty also covers the Inverter and Power Management Control ECU, which may not be the case with other such warranties. Customers also have the option of extending full coverage for a further 2 years.

Supporting government’s commitment
UMWT’s investment in local assembly of hybrid electric vehicles is timely as it supports the Malaysian government’s commitment to reduce the intensity of greenhouse gas emission across the economy by 45% in 2030. This commitment will be made at the ongoing United Nations Framework Convention on Climate Change (UNFCCC) COP26 in Scotland.

“The reduction of carbon dioxide emissions from having more hybrid vehicles on the road in Malaysia will help to meet the Malaysian government’s commitment to cut greenhouse gases, as well as contribute to Toyota’s own goal of achieving carbon neutrality by 2050 in all its products and activities,” said Mr. Takeyama.

“Even before COP26, Toyota has been actively working on reducing emissions from vehicles and the solution has not been just by full electrification. Depending on each country’s conditions, the approaches taken are different to ensure that no customer is left behind. In the case of Malaysia, Hybrid Electric Technology is the most suitable and Toyota offers the best and most advanced technology because we have been developing it since the late 1990s,” he added. 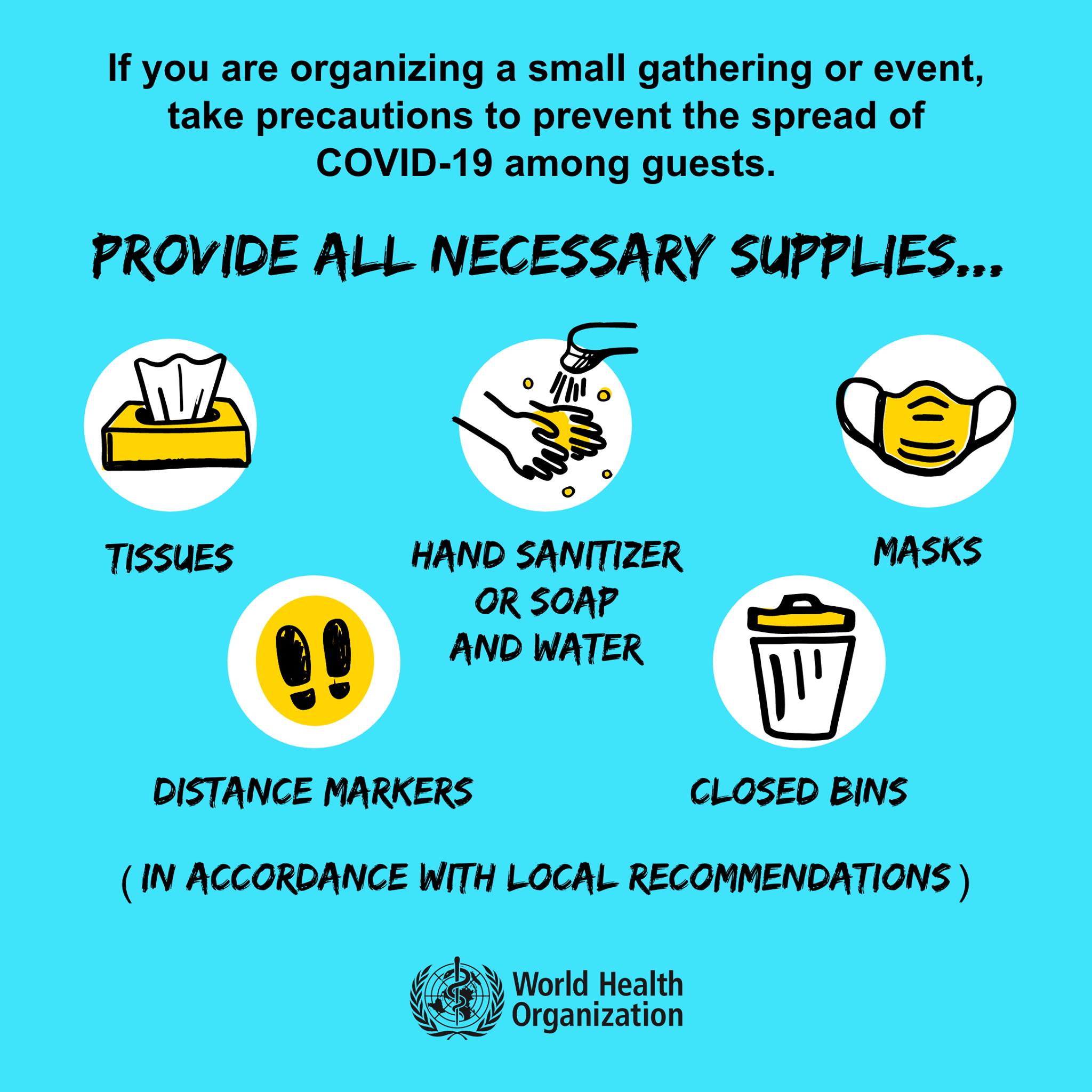 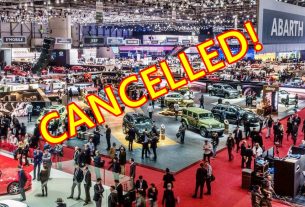 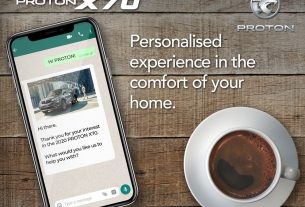 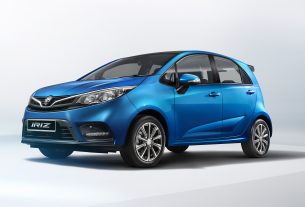