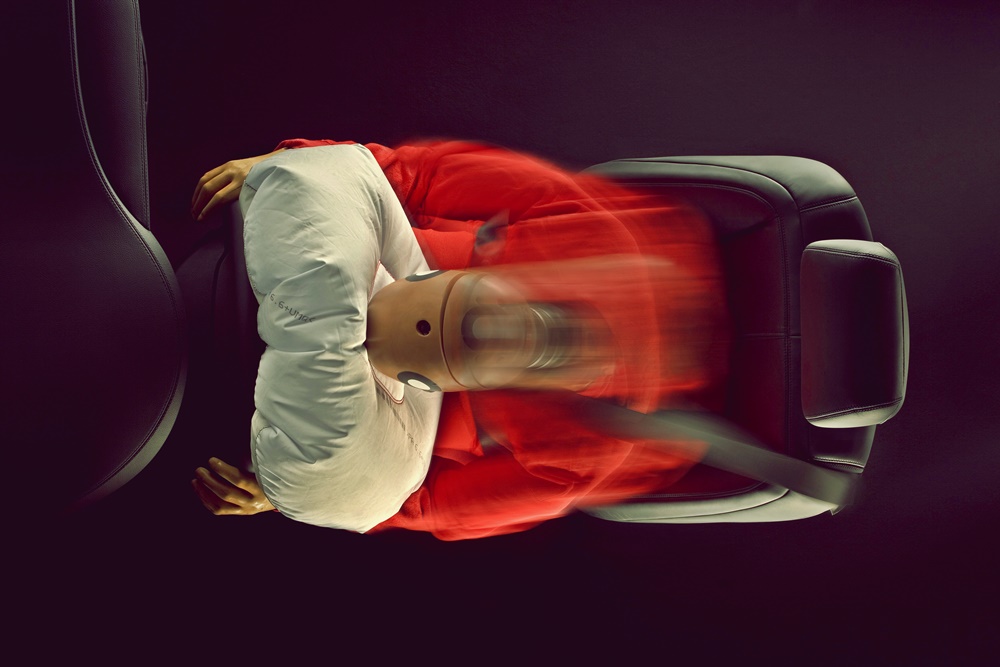 There is a scientific theory that a ‘Big Bang’ occurred at the beginning of the universe. Likewise, it was many ‘bangs’ which were at the beginning of a development in the automobile’s history which would save thousands of lives. These were the tests conducted by the engineers at Mercedes-Benz in the 1960s to develop the airbag system which almost every car sold today must have.

“We used missile technology,” Helmut Patzelt, one of the founding fathers of the airbag and an expert in pyrotechnics, remembered. “A missile receives its thrust from discharged gas, and we applied this very principle. The only difference is that we trapped the gas – inside an airbag.”

It was with this type of triggering test that Mercedes-Benz began to develop the idea of the airbag in 1967, prompted by two developments which affected automobile design: the rapidly spiralling number of accidents during the 1960s and a resultant series of new laws in the USA, one of which required an ‘automatic occupant protection system’ for every car in the USA from 1969 onwards. “We can no longer tolerate unsafe automobiles,” declared Lyndon B. Johnson, the President of the USA then.

And so it was that previously ignored inventions – for which patent applications had been submitted by German Walter Linderer and American John W. Hedrik as early as 1953 – suddenly took on a whole new meaning. “A folded, deployable receptacle which inflates automatically in the event of danger” was a fascinating idea; yet, at that time, the technology required to make it happen simply did not exist. This was the cue for the automotive engineers to commence their explosive experiments.

By 1970, the pressure on the developers increased when the newly-formed US highway safety authority (NHTSA) stipulated that driver airbags would be a legal requirement for all new cars – starting as early as January 1, 1973. No sooner had it been made a requirement than the airbag became the subject of a long-running dispute. “The airbag will kill more people than it saves,” claimed critical voices that joined the debate in the USA. 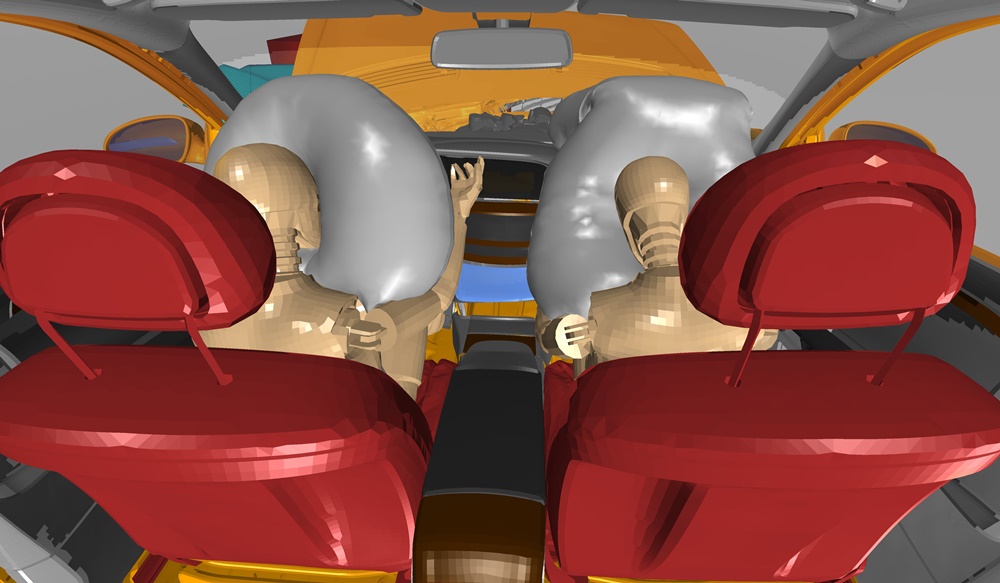 As a consequence, the introduction date was changed to 1976. And even after that, the production launch had to be postponed on several other occasions. Alarmist statements and uncertainties had people wondering if the airbag was just ‘a lot of hot air’. Hansjurgen Scholz, who was then project manager for passive restraint systems at Mercedes-Benz, remembered that period only too well: “When a fatal accident involving an airbag occurred in the USA in 1974, most of those involved deserted the project like a sinking ship!” All of a sudden, the development team at Mercedes-Benz found that they were left on their own, without any outside support. Other German manufacturers also failed to see the potential of the life-saving airbag at the time.

But the team of engineers was not ready to give up. “We had recognised the enormous potential of the air cushion. And we were not going to throw away our trump card,” said Professor Guntram Huber, a former director of development for passenger car bodywork at the German carmaker. He  would later be awarded the ‘Safety Trophy’ by the American Department of Transportation for his role in the introduction of the airbag.

And so it was that, in 1974, Mercedes-Benz decided to go ahead and put the airbag into production, regardless of the seeming negative sentiment in the US market concerning airbags. What’s more, the idea was to offer the safety device in the world market and not just the US alone.

The technological challenges that had to be overcome when developing this innovation, which finally led to the unveiling of the world’s first driver airbag in December 1980, were immense. A new product had to be created entirely from scratch. Problems that required solutions included the sensor-triggered deployment mechanism, the gas generation process, the tear-resistance of the airbag fabric, the effects on health and hearing, functional reliability and the crucial issue of how to prevent unintentional activation. Given the intrepid test methods employed – they were, after all, based on missile technology – the authorities were quick to offer resistance, at first putting the triggering mechanism used to inflate the airbag in the same category as fireworks. In Malaysia too, early perception of airbag systems by the authorities was similar and required companies to have rooms akin to bomb shelters to store airbag systems! For this reason, all those involved in the development of the airbag had to attend an explosives course. Following initial tests with liquid gas cylinders, the breakthrough was finally achieved by using a solid fuel for firing the airbag. 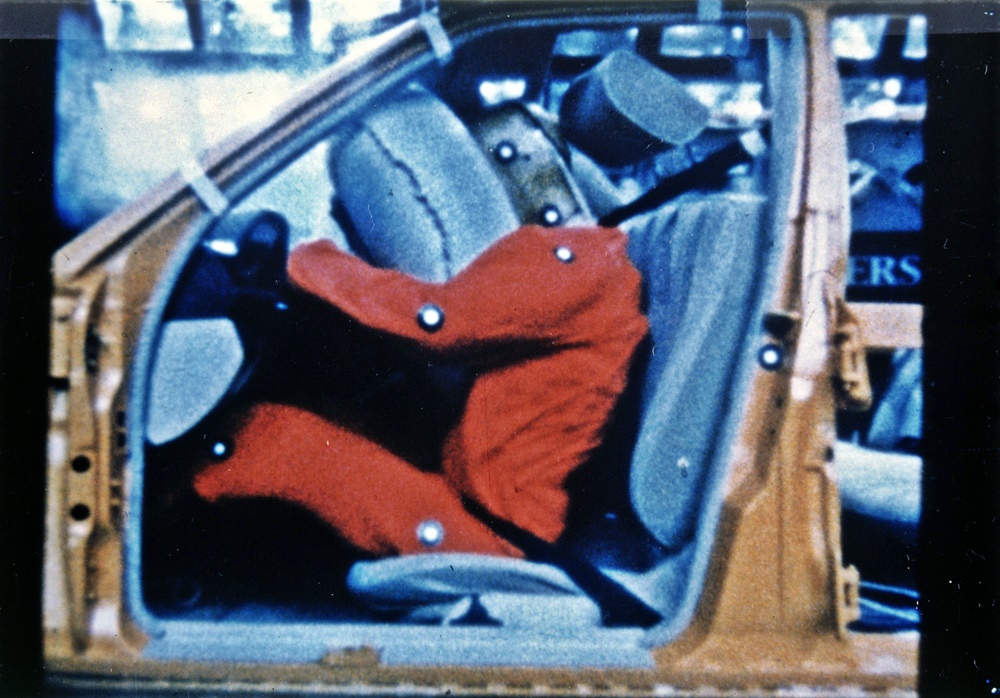 Toxicologists also had their say, querying the emissions left behind inside the car after deployment of the airbag. But the developers were able to allay these fears as well, since the solid fuel pressed into tablet form – consisting of sodium azide, calcium nitrate and sand – left behind predominantly non-hazardous nitrogen gas and small quantities of hydrogen and oxygen. It did, however, get smoky inside the cabin, leading people to sometimes fear that a fire had started.

In their efforts to overcome the technical hurdles before them, many of the ideas the engineers came up with were highly unconventional. Since the sound of the deploying airbag was above the pain barrier but only lasted for 10 milliseconds, the effect on the eardrums could not be clearly ascertained at first. The engineers therefore installed a cage containing 15 canaries in a test car to determine the harmful effects of the noise, gas emissions and air pressure during deployment of the airbag. Not only did all the canaries survive the test, they also remained their usual lively selves…

Some 250 crash tests on complete vehicles, around 2,500 sled tests and thousands of component tests provided the airbag pioneers with invaluable knowledge to help the airbag on its way to full series production. The primary concern in all the tests was stopping the car airbag from deploying unintentionally – a horror scenario for the developers. In early tests, the airbag would sometimes go off even when the vehicle was at a standstill, meaning that the engineers also had to develop the electronic system from scratch. The sensor only had a few milliseconds in which to deploy the airbag – still very much a fanciful idea in those days. As if that were not enough, the sensor had to be able to function reliably for several years at extremely low or very high temperatures with constant fluctuations in humidity, depending on the country.

Some 600 test cars took part in road tests, off-road trials and rally events, clocking up in excess of 7  million kilometres, in order to ensure that the sensor could perform its vital, life-saving function. In addition, the engineers, technical experts and office staff had to literally put themselves in the firing line. They sat at the steering wheel to gauge the effects of the airbag as it deployed in an emergency, all under the watchful eye of the project team who recorded the results.

Last but not least, another issue which had to be resolved before the first airbag was allowed to be installed a production car in December 1980. Even 40 years ago, Mercedes-Benz was thinking of the environment and had to consider disposal of airbags; in other words what to do with the airbag when the car reached the end of its life or after it actually did its life-saving work. 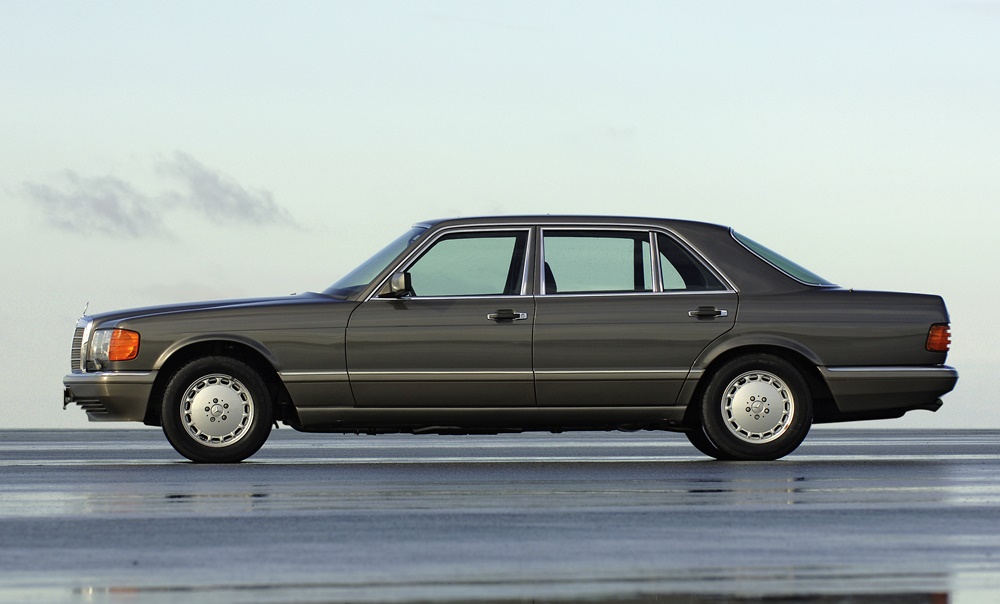 Following the world premiere of the driver’s airbag in a W126 S-Class in 1980 (above), the specialists in the safety development department set about building upon their lead, using their know-how to further develop the safety system. This led to the installing a second airbag for the front passenger which was introduced in 1988. Then, in 1992, all Mercedes-Benz models were fitted with a driver’s airbag as standard globally, with the passenger airbag eventually becoming standard as well in 1994.

A further milestone in passenger car safety was achieved in 1995 when the side airbag made its debut in the E-Class following a development period of around 10 years. The side airbag against each front door presented new challenges for the developers as it only had 20 milliseconds in which to deploy following a crash. In contrast, the front airbag enjoyed the comparative ‘luxury’ of around 40 milliseconds (a millisecond is one-thousandth of a second… quicker than even a blink of an eye).

The next milestone in airbag history – the windowbag – came in 1998. In the event of a side impact, it inflates across the side windows to form a curtain, its large dimensions providing a wide area to protect the heads of both the front occupants and the rear passengers. Windowbags can prevent the head from hitting the side window, roof pillars or roof frame and are also capable of catching any fragments of glass or other objects propelled into the interior following a collision or subsequent roll-over, which constitute an additional injury hazard. They can also prevent people from being ejected during a violent impact.

An early concern was the presence of a childseat on the front seat – a very dangerous situation which manufacturers warn drivers of. The powerful impact of a deploying airbag can force the childseat against the backrest and cause serious injury to the child in it and it will be lethal if the child is facing forward. For this reason, Mercedes-Benz engineers developed automatic child-seat and front-passenger recognition systems which enable the ideal airbag response given the situation in hand. Similarly, the front airbag, sidebag and belt tensioner on the front passenger side are deactivated when the seat is not occupied.

The development of airbag systems has not stopped at Mercedes-Benz. On the contrary, new technologies have improved performance and functions. Today, the airbag has evolved into a highly complex and sensitive electronic system – a high-tech product that adapts to suit the seat occupant and the accident situation, responding accordingly before the driver has even had time to fully register any precarious accident situation. This lightning-fast reaction time is down to electronic triggering sensors and gas generators which allow the front airbags to deploy in stages, depending on the severity of the accident.

The life-saving air cushion will continue to be a vital component at the heart of the safety equipment package for all Mercedes-Benz vehicles. And apart from regulatory requirements, which Mercedes-Benz has always met or exceeded, many future features and improvements will also be guided by what happens in real-life accidents. For the engineers, this means making airbags effective enough to cover a wide range of accident scenarios and ensuring that they can be deployed in accordance with the severity of the accident. 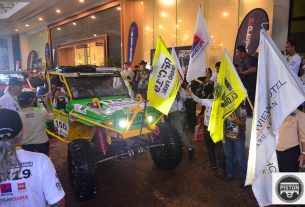 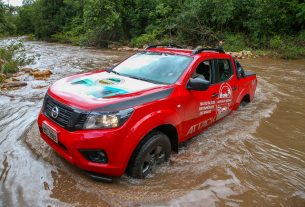