Before the passenger car segment started to mushroom from the mid-1980s as China liberalised economically, its auto industry was largely focussed on commercial vehicles. As such vehicles are used for business purposes, appearances have not been particularly important to customers while ruggedness has been. So China’s trucks have generally remained in the background but not necessarily stagnant with regards to evolution and development.

And just as with their passenger cars, the domestic manufacturers have also been looking ahead to a new generation of commercial vehicles. Recently, Geely Holding Group’s commercial vehicle brand, Farizon Auto, unveiled its next-generation smart new energy semi-truck with production and first deliveries planned for early 2024. 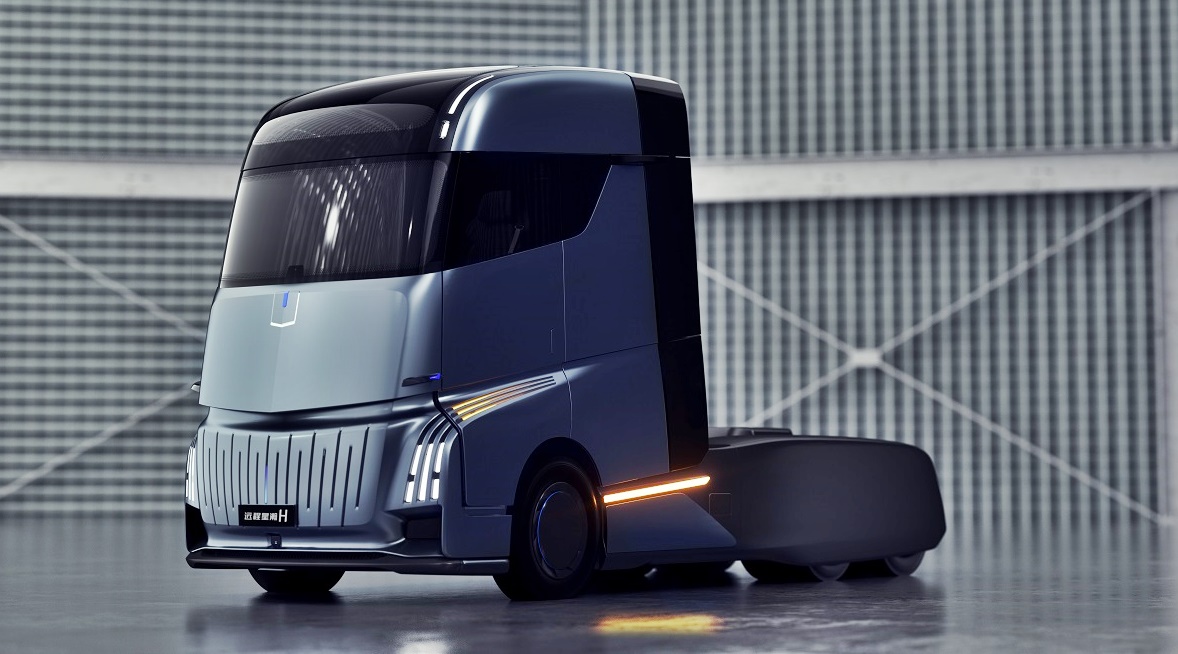 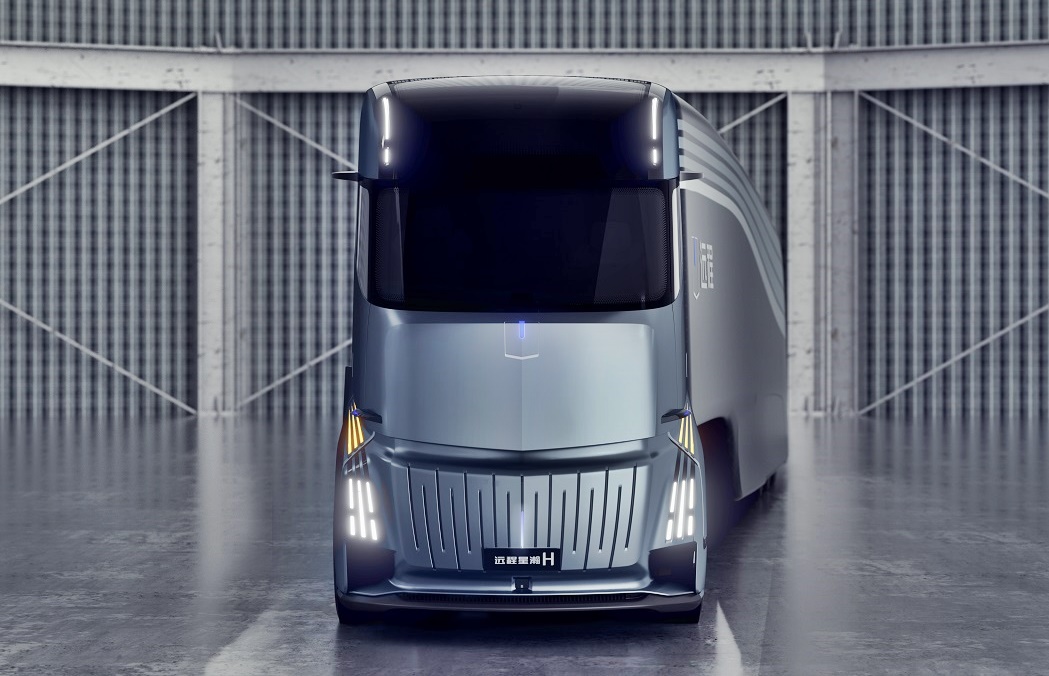 Known as the Homtruck, the exterior appearance will be futuristic – certainly nothing like what is seen on the roads today – and it will be one of the most advanced and cleanest commercial vehicles on the road. The focus of the vehicle’s development has been on efficiency, driver and pedestrian safety, with major breakthroughs in sustainable powertrains promised.

The Homtruck’s architecture can accommodate different powertrain options including a range-extender, methanol hybrid and pure electric with battery-swapping option based on government standards recently released by China’s Ministry of Industry and Technology. This will allow the Homtruck to be charged at service stations alongside highways in minutes rather than a substantial amount of time. 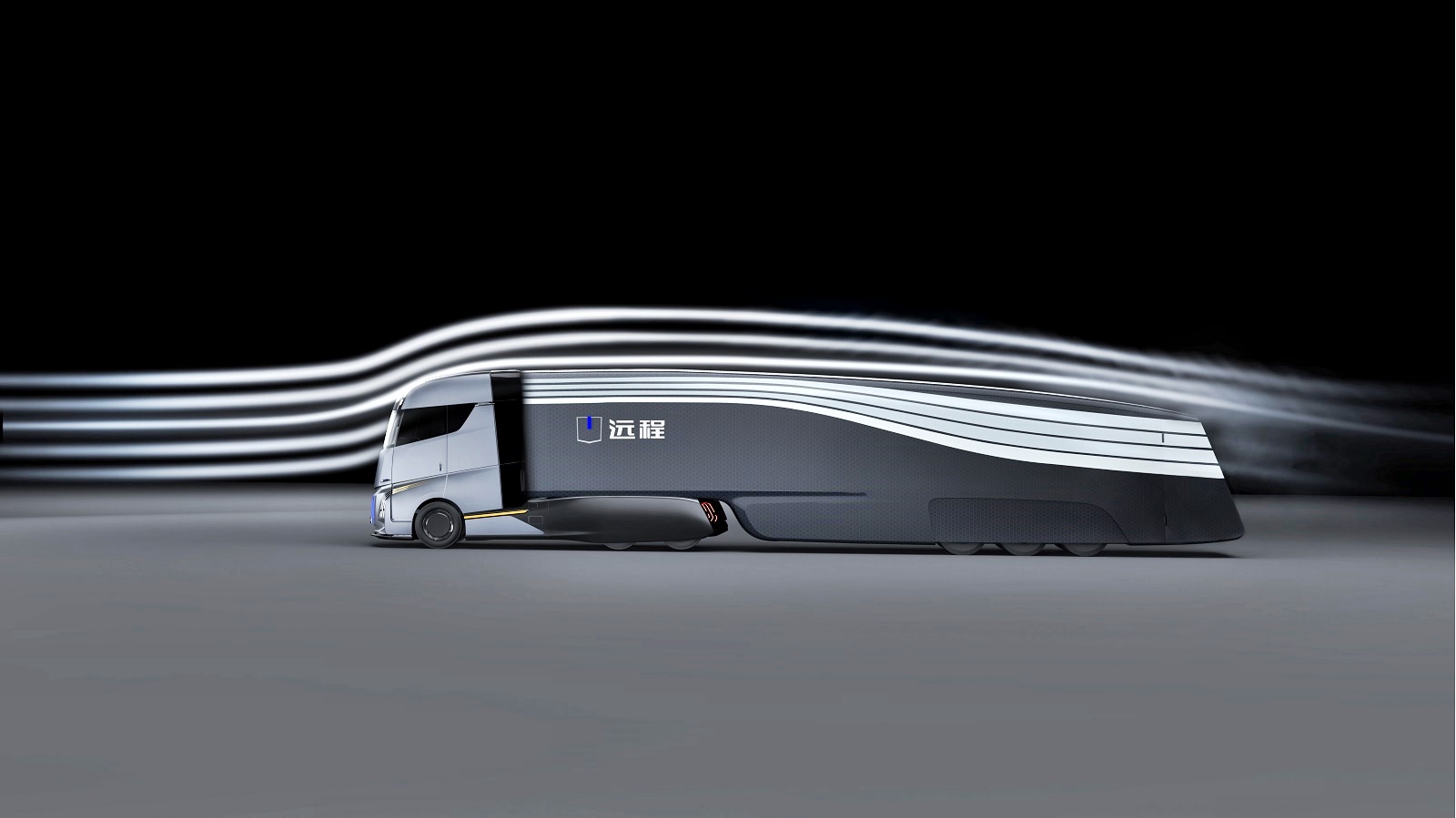 The name of the vehicle is taken from ‘home’ and it reflects the development team’s aim of providing operators of the semi-truck a feeling of home. This is important as semi-truck drivers – not only in China but around the world – spend large amounts of time in their vehicles going from place to place. In fact, many may spend more time in their vehicle than at their own home.

This has led to the creation of a mobile space within the Homtruck which integrates ‘work, life, and entertainment’, all to help the driver carry out his role efficiently and comfortably. To do this, Farizon Auto’s engineers closely studied the needs of independent commercial vehicle drivers and fleet operators.

The Homtruck is capable of connecting to the logistics network’s big data platforms to help drivers obtain the most optimal orders in real-time, analyse and track deliveries, and calculate operating costs along the routes. An on-board ‘brain’ can utilize vehicle sensors to analyse traffic data in real-time and receive route recommendations. In addition, the energy management system can also manage the power or fuel supply to achieve the most optimal economic performance, with recommendations for optimal refuelling or recharging routes.

Driver comfort is vital to driver safety; well-rested drivers are more attentive and more focused. Based on analysis of the working conditions of drivers, Farizon Auto has designed a cockpit that applies the concept of home and optimizes space to create a driving and a living area. The design includes a bathroom complete with a shower and toilet, single bed, refrigerator, tea-maker, kitchen, and even a small washing machine. No more sleeping in the cold under the truck!

The ergonomic seat design and high-definition camera help ensure drivers are well-rested and well-focused, while an intelligent AI assistant coupled with full 360-degree cameras help to keep the driver aware of any issues around the vehicle whilst in motion or stationary. As a further association with home, the Homtruck’s cabin has soft-touch fabrics, sustainable plastics, and bamboo grain materials to create a healthy eco-friendly environment inspired by the peaceful bamboo forests of China. 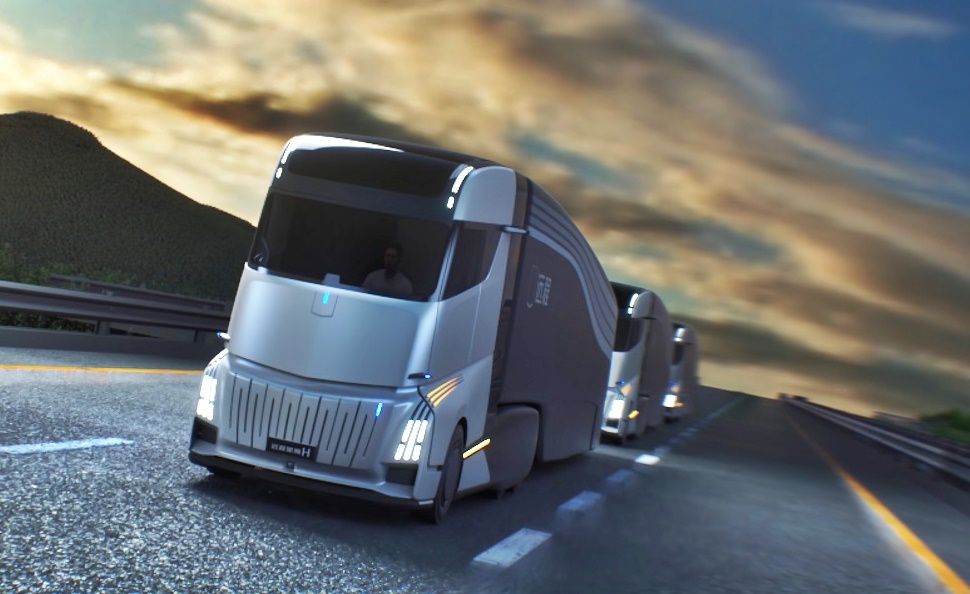 Within a growing number of selected routes, the Homtruck will be able to utilize Level 4 hands-off autonomous operation and will also introduce convoying features for longer journeys. This can allow trucks to communicate with each other to maintain safe speed and distance that will lower operator stress levels. Hardware sensors such as lidar, millimetre-wave radar and ultrasonic radar will be standard equipment along with 5G and V2X communication. The Homtruck will also be fully capable of being upgraded overtime using Over-the-Air (OTA) software upgrades. 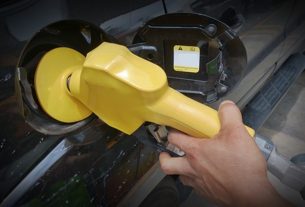 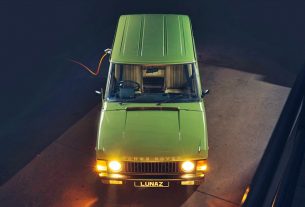 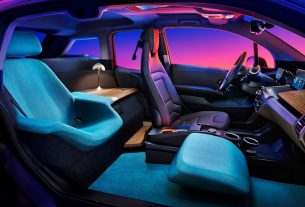 BMW i3 Urban Suite previews the mobility experience of the future