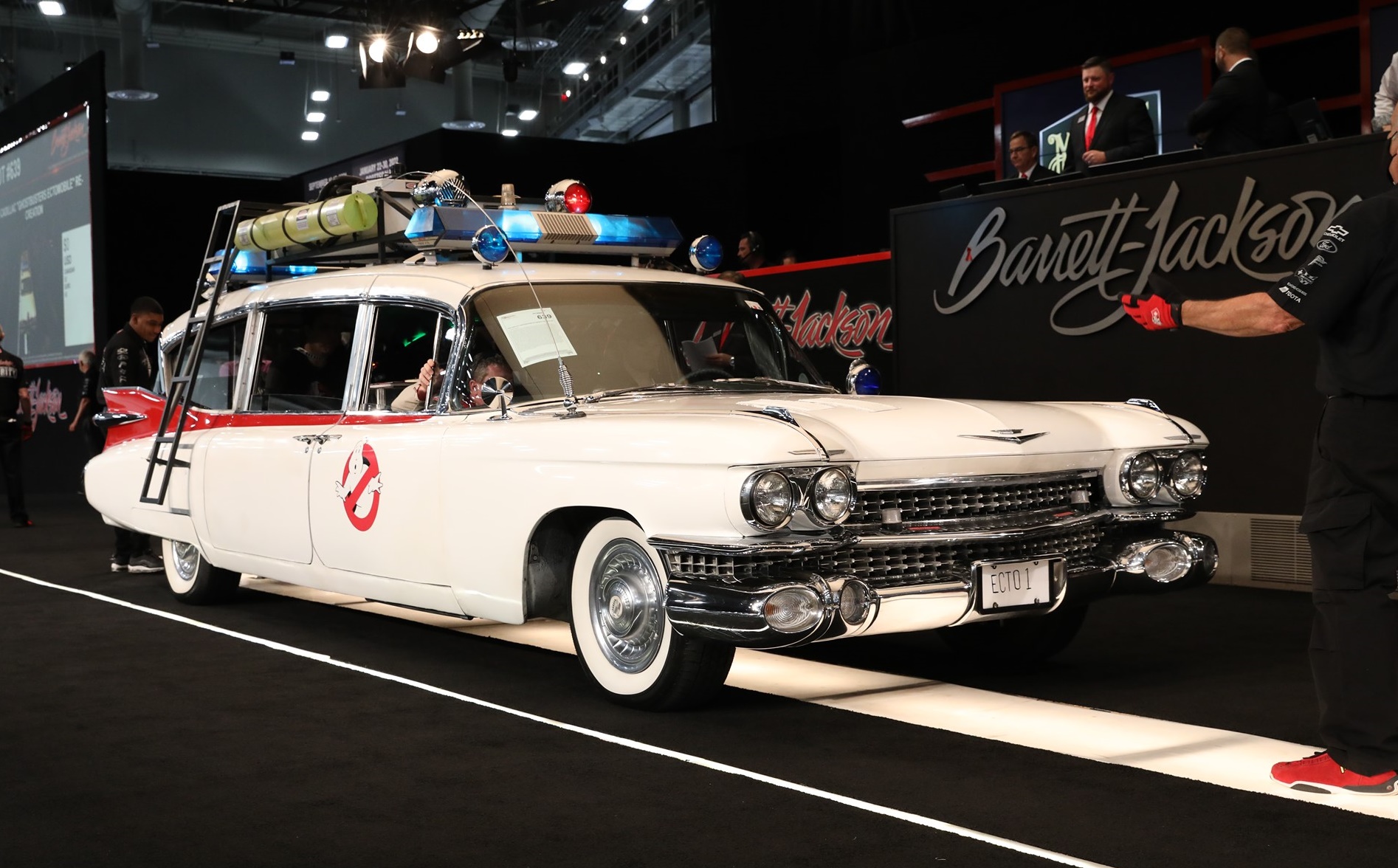 Ghostbusters, the 1984 movie, became a cultural phenomenon with its ground-breaking blend of comedy, science fiction, horror and action. The second biggest film of 1984, it grossed US$295 million during its first run and is often considered one of the first movie blockbusters. There was a sequel in 1989, a reboot in 2016 and now, nearly 30 years after the original, Ghostbusters: Afterlife has just been released.

As with so many great films, one of the stars of Ghostbusters was a car – a 1959 Cadillac  which was better known as ‘Ecto-1’. Over time, the car attained cult status, which means that the original prop cars used in the production of the movie have become highly prized, and valuable too. At the same time, a thriving market in replica Ectomobiles has sprung up. 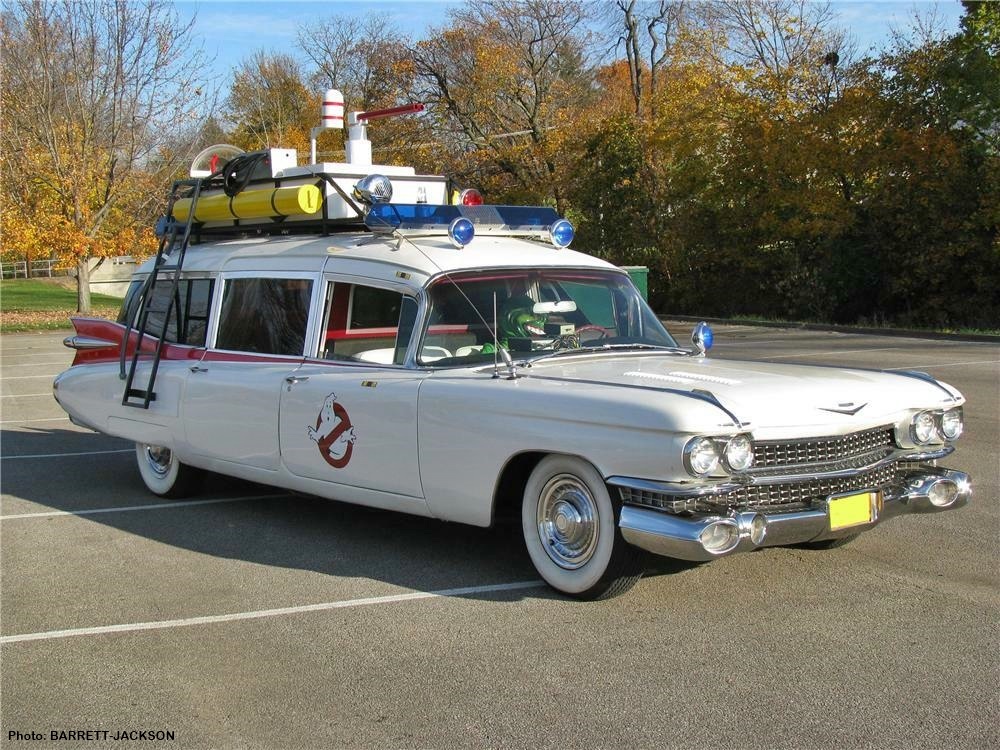 What was the Ecto-1?
One of the tools used to promote Ghostbusters was the car Murray and Aykroyd use to transport their ghostbusting kit around New York, as they saved the city from supernatural beings. It’s based on a 1959 Cadillac Series 75 Commercial Chassis that coachbuilder Miller-Meteor turned into ambulances and hearses – some cars have even been known to be used as both.

The 6.4-metre long Ectomobile ‑ Ecto-1 ‑ is based around a Miller-Meteor Futura model which had ‘resting passengers’ loaded through its tailgate. With its big fins, long creased bonnet and spats covering the rear wheels, it borrows many of the design features from famous Caddies of the time such as the Eldorado. Under the long bonnet, there’s a monster 6.4-litre V8 engine, typically American. performance. And at 21 feet (6.4m) long there’s plenty of room for ghoul-zapping kit inside. 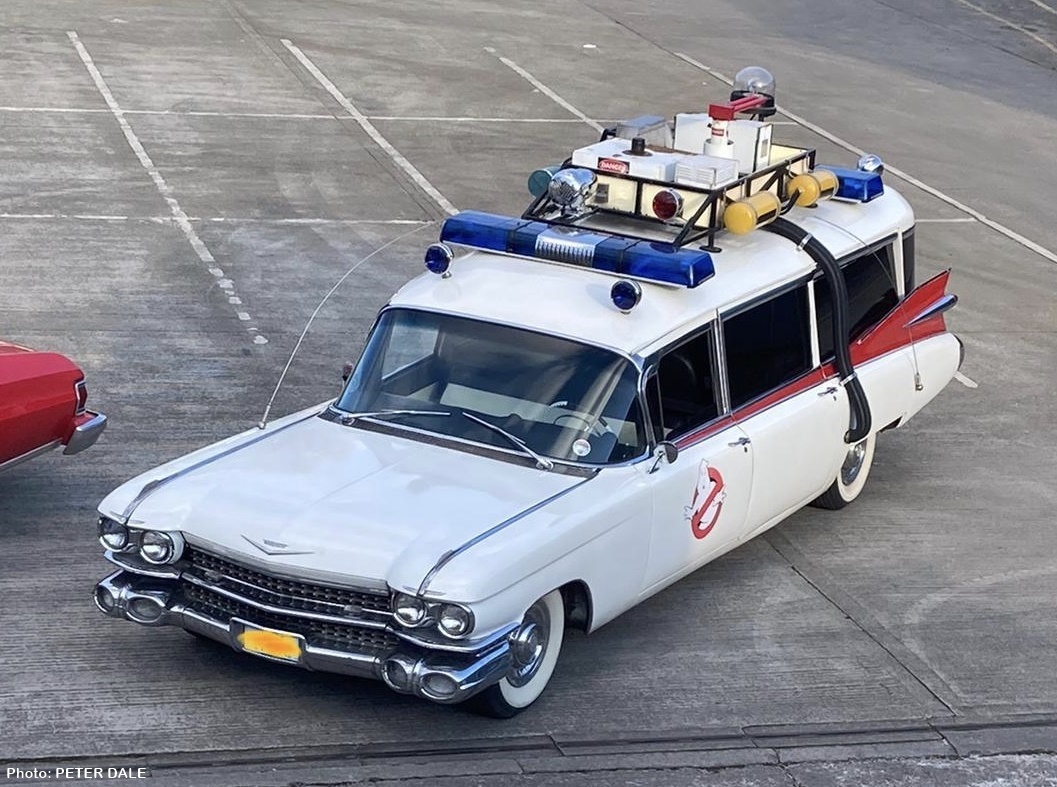 Very rare, with rising values
Only around 25 Miller-Meteor Futuras were ever built and at least 2 of those were owned by Sony and used in the Ghostbusters films. A third was bought for promotional purposes. The value of the 1959 Cadillac Series 75 Commercial Chassis is not available but the average insured value for one now is US$52,000.

According to the valuations department of Hagerty (a specialty insurance provider), one of the cars from the film was offered for US$149,998 in 2007. One year later, another of the cars, apparently made for the Universal Studios theme park in Florida, was offered on eBay for US$45,000. Just 2 years after that, possibly one of those same cars sold at a Barrett-Jackson auction for US$88,000.

Prices were clearly on the uptrend more than a decade ago. In the intervening years, they’ve rocketed. For a genuine movie car, with a certified history, Hagerty now estimates the value to be in excess of US$500,000. 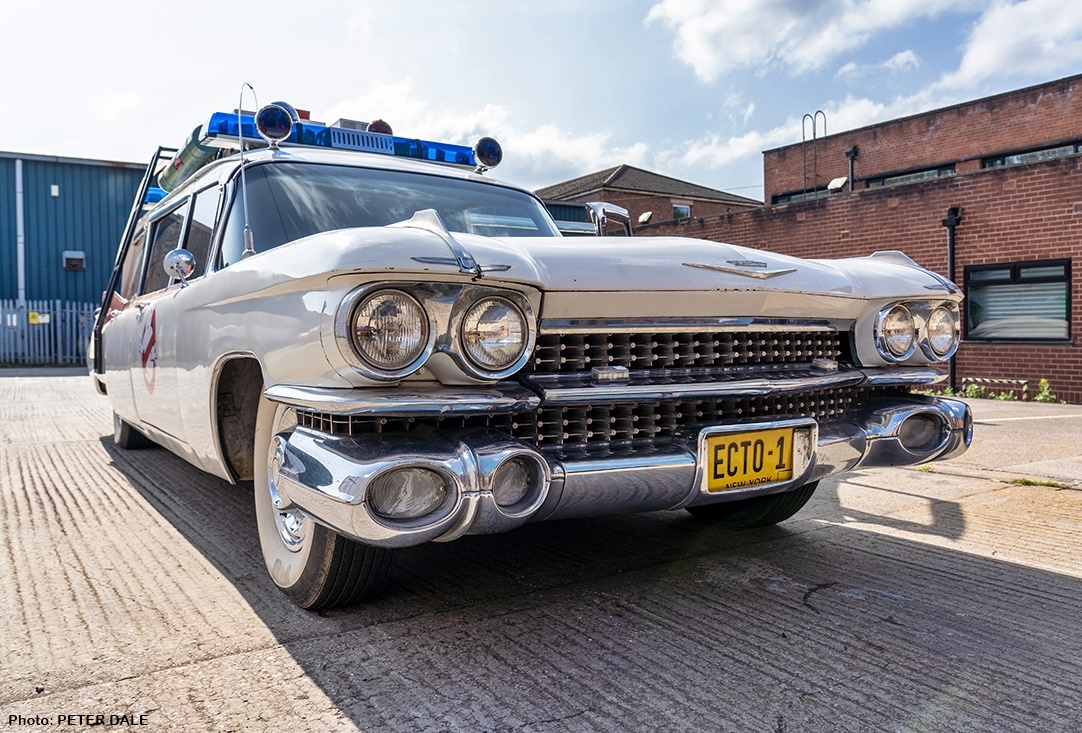 Replicas are very valuable too
In 2020, a fan-created replica Ecto-1 sold at Barrett-Jackson US$220,000. The car was built from a 1959 Cadillac Superior hearse and was fully drivable with its engine rebuilt in 2012.

In the UK in 2014, a replica Ecto-1 was offered on eBay for £175,000. However, the owner of another replica, Peter Dale, tracked his tatty Ecto-1 down for £70,000. “I bought it within 2 hours of hearing it was coming up for sale,” he told Hagerty. Looking distinctly unloved, Dale has since spent around £80,000 restoring the car to its former glory. “It had already been converted to Ecto-1 but had then been left to sit for a few years. The engine wasn’t running, and it needed to be totally recommissioned,” he said. 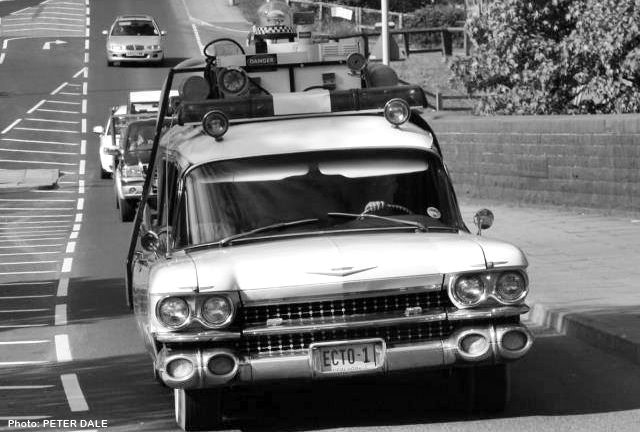 What’s it like to drive?
Dale said: “Although it’s a very big car, it’s easy to drive. Visibility is great through all the glass, and it’s got power steering and assisted brakes. Surprisingly for something so long, the turning circle is quite good. The biggest problem is that it attracts so much attention. You go to change lanes and there’s someone alongside filming on a smartphone, so you have to have your wits about you.” 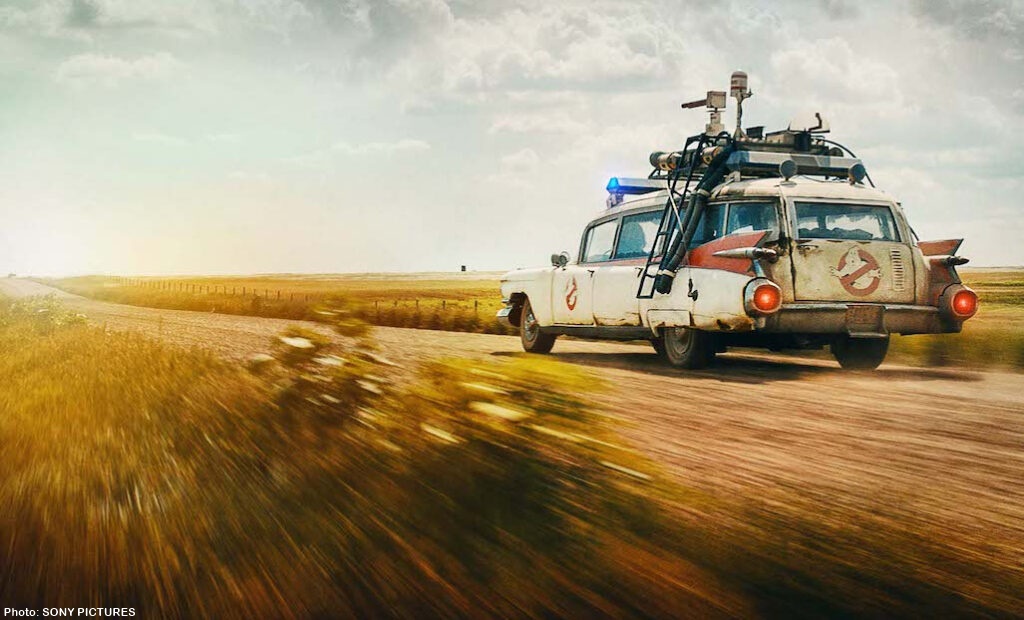 “It’s spooky just how well-known Ecto-1 is. Ghostbusters made it one of the most famous movie cars ever to emerge from a props department. Despite its place in pop culture, few film fans will be aware of the values of an Ectomobile; the real-deal could be worth up to half a million dollars, and even replica examples are valuable. Owners should make sure they’re insured for the correct sum, or they could be in for a nasty fright,” advised Hagerty Editor, James Mills. 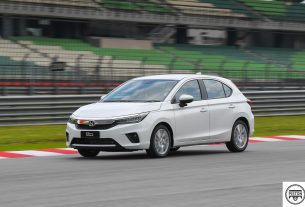 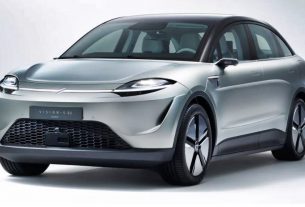 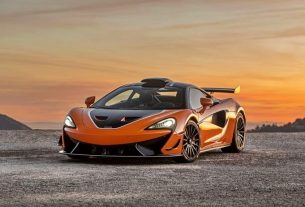