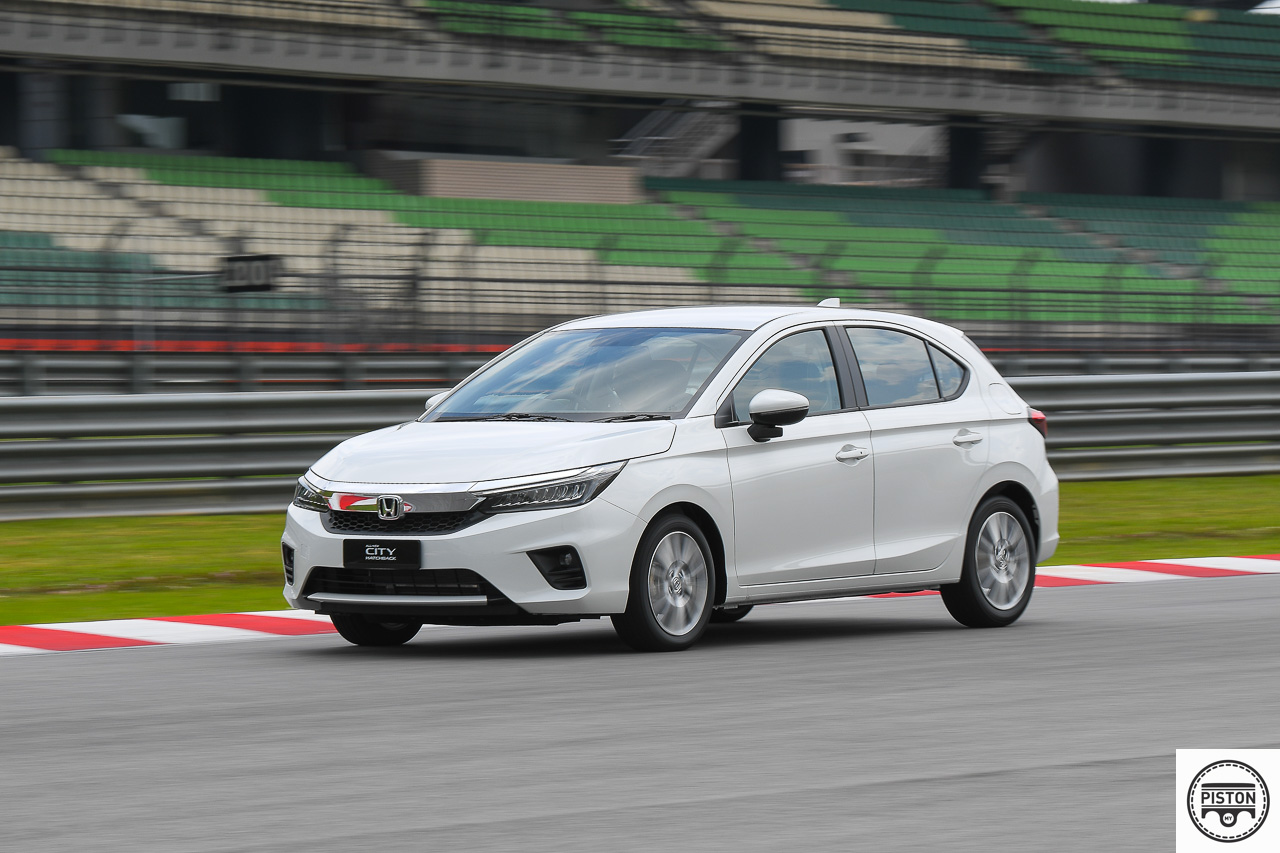 When Honda Malaysia announced the flagship model for the new Honda City, mouths were left agape with the torque figures and good looks of the City RS e:HEV.

No surprises there because that’s what a flagship model is all about – a showmanship of what’s possible for a particular model by the manufacturer. 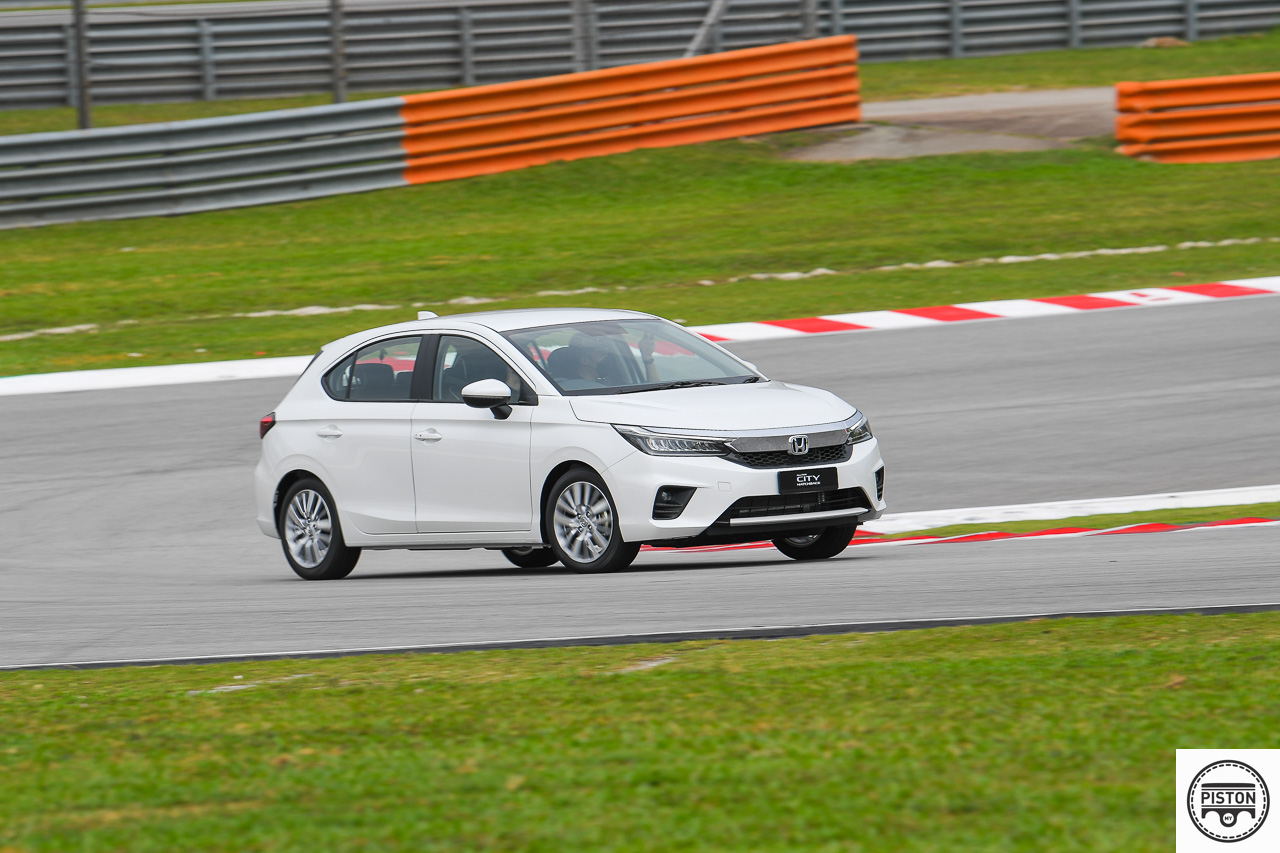 But more often than not, the second model in the line up would be equally as good, but with a different set of features and a watered down design. And a cheaper price tag.

Take the newly introduced and second in line to the City throne Honda City hatchback petrol, or officially known as the V variant, for instance. 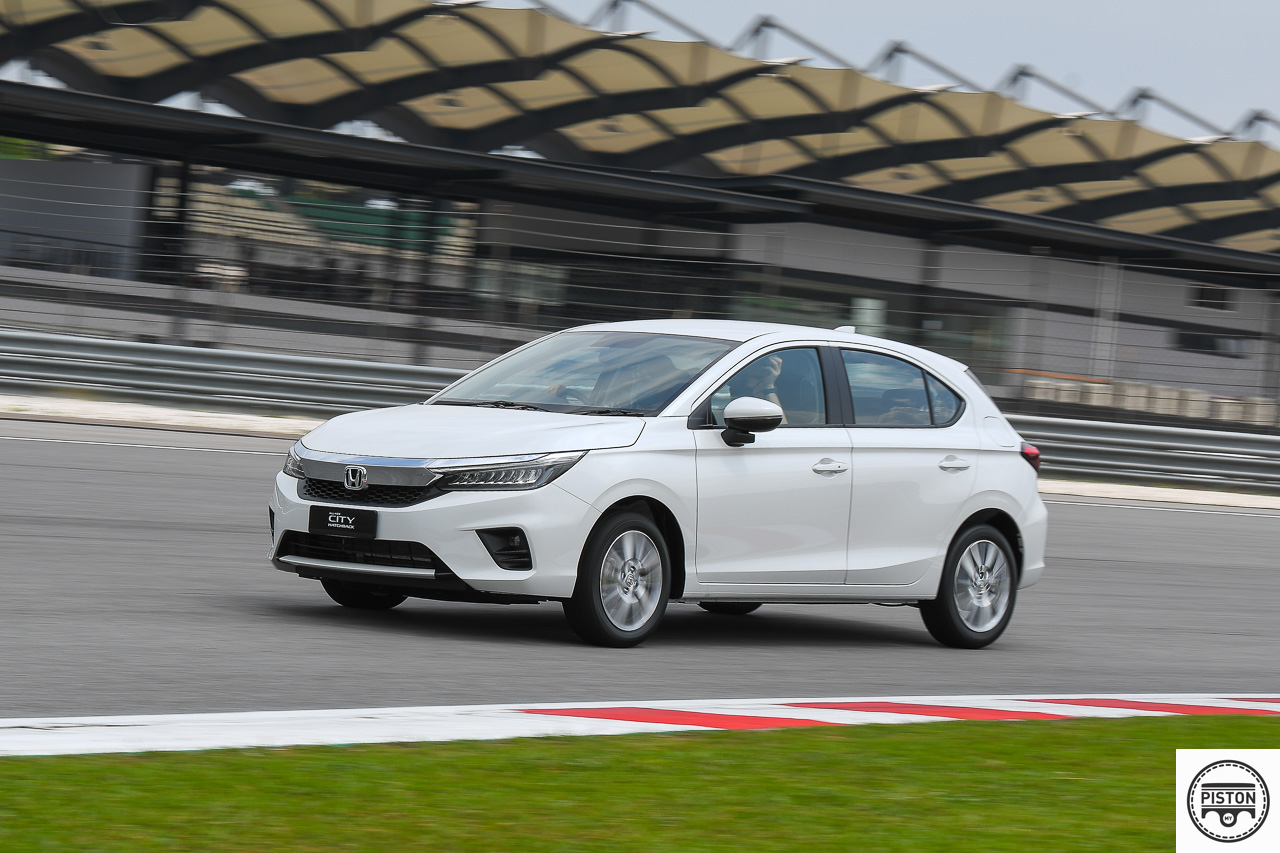 It is expected to cost as much as the sedan variant, which puts it in the eighty something thousand league. And for that kind of money, you get a car that feels as well built as an early 2000s BMW. Which is a good thing.

But what’s not a good thing though is that we can’t show you photos of the interior until after it has been officially introduced. But we can tell you that it feels great and is similar to the City sedan. 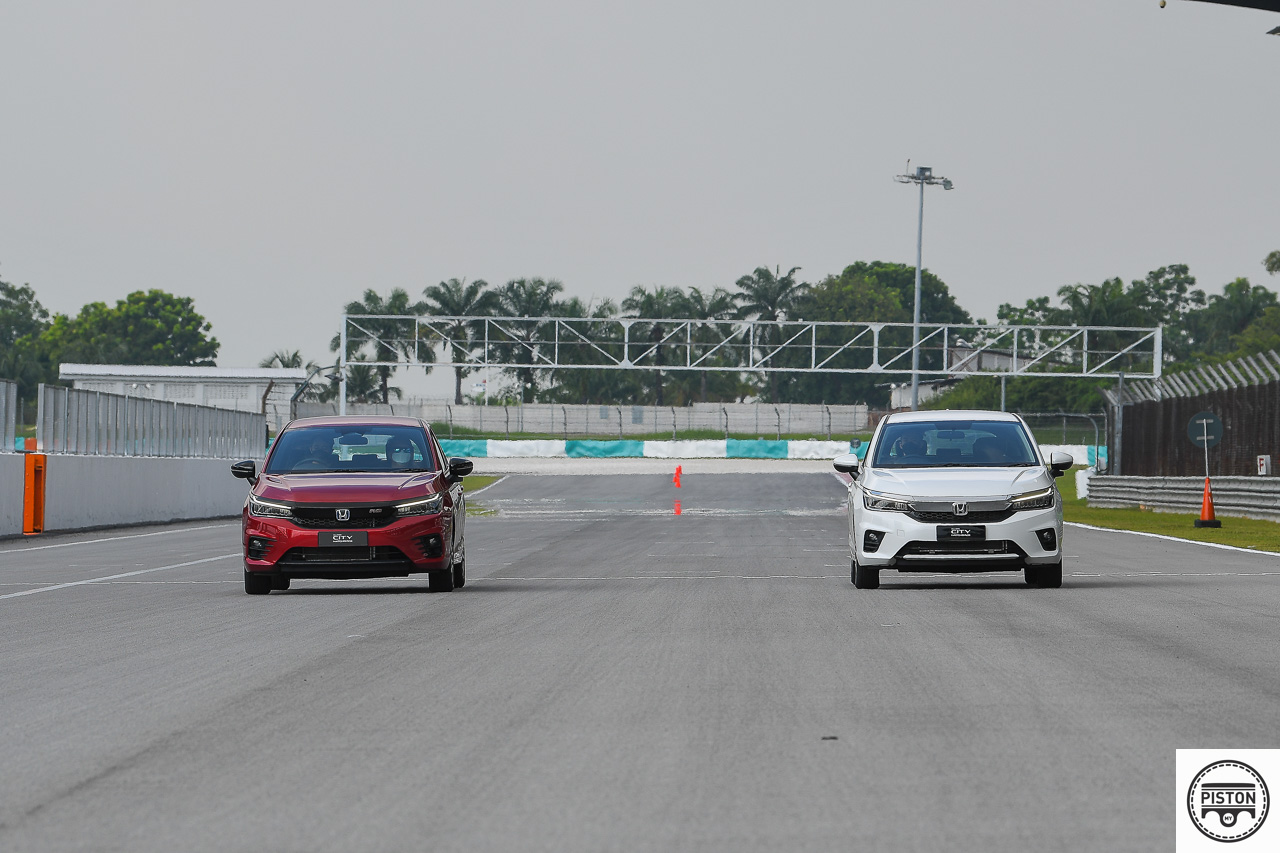 The seats are more suited to comfort and luxury than the sportier ones in the RS. And that’s not a bad thing either because the seats are fantastic.

We got to drive one recently together with the Honda City RS at Sepang Circuit. You can read about how well the RS accelerates by clicking here.

The drive took place at the Sepang International Circuit (SIC), where Honda Malaysia was keen to show off the acceleration and handling of the two top of the line variants. 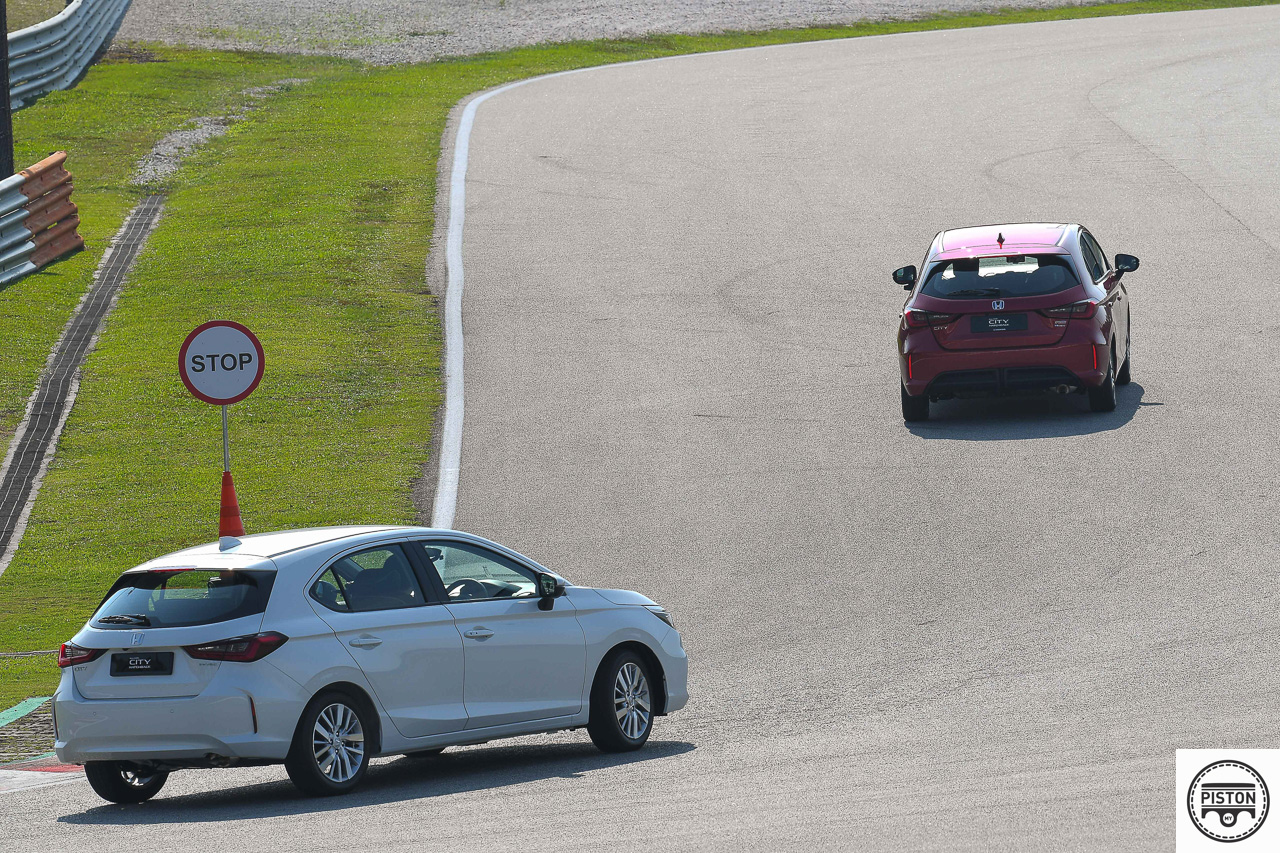 The acceleration test took place at Turn 10 of SIC – a shallow gradient uphill climb that flows into Turn 11. This was a great spot to test out the power delivery and handling of the City because Turns 12 and 13 are fast flowing corners that tend to upset the balance of a car.

No upsetting the balance of the City though. But of course we weren’t really pushing them as hard as you would on a track. We were told to keep on the slower side of 110km/h. 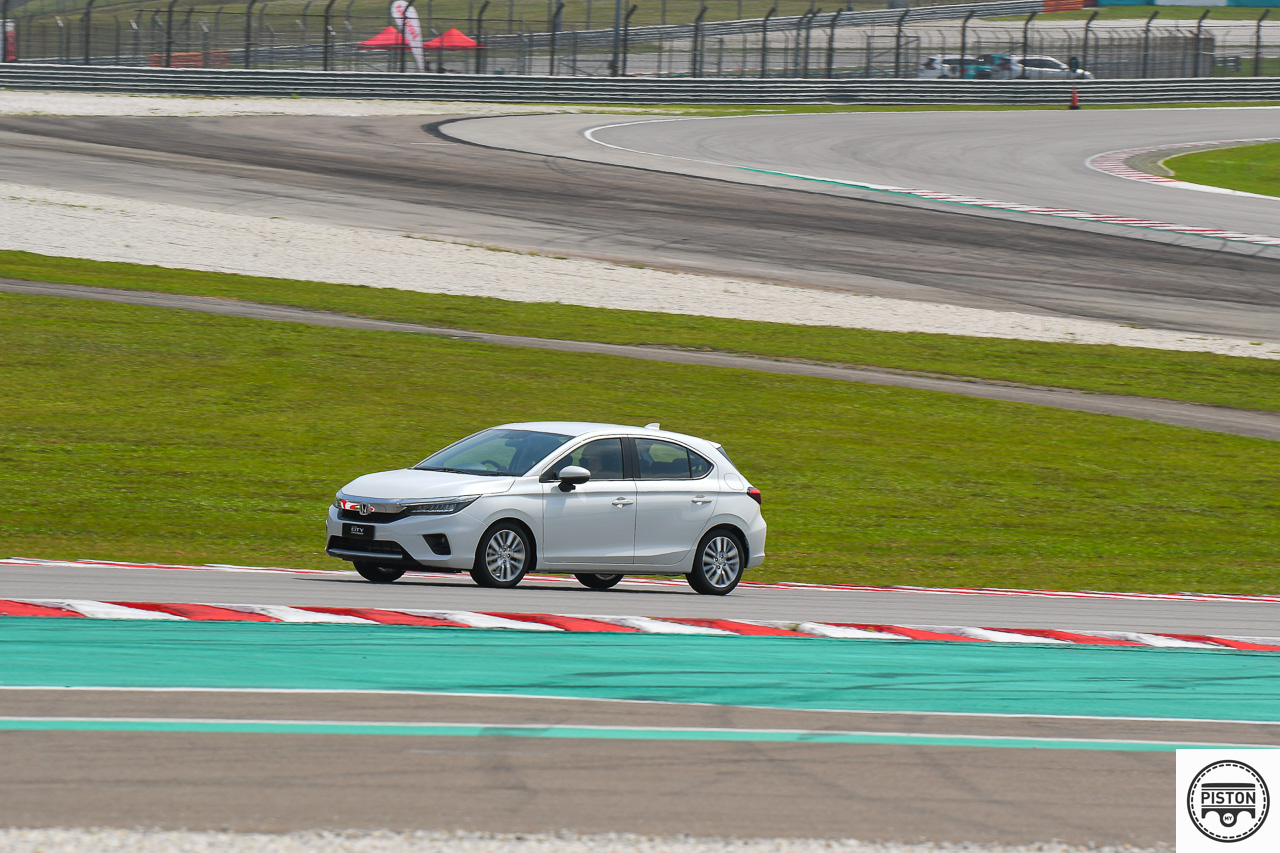 But just as mentioned in the previous article, handling was accurate and body movement was as minimal as an everyday car could muster.

I had jumped into the competing car before any of the new Hondas though. One that was provided to establish the baseline feel of what the competitors could do.

But you don’t bring a competitor car to your event unless you are sure you can mop the floor with it, and that’s what the petrol variant of the Honda City did. 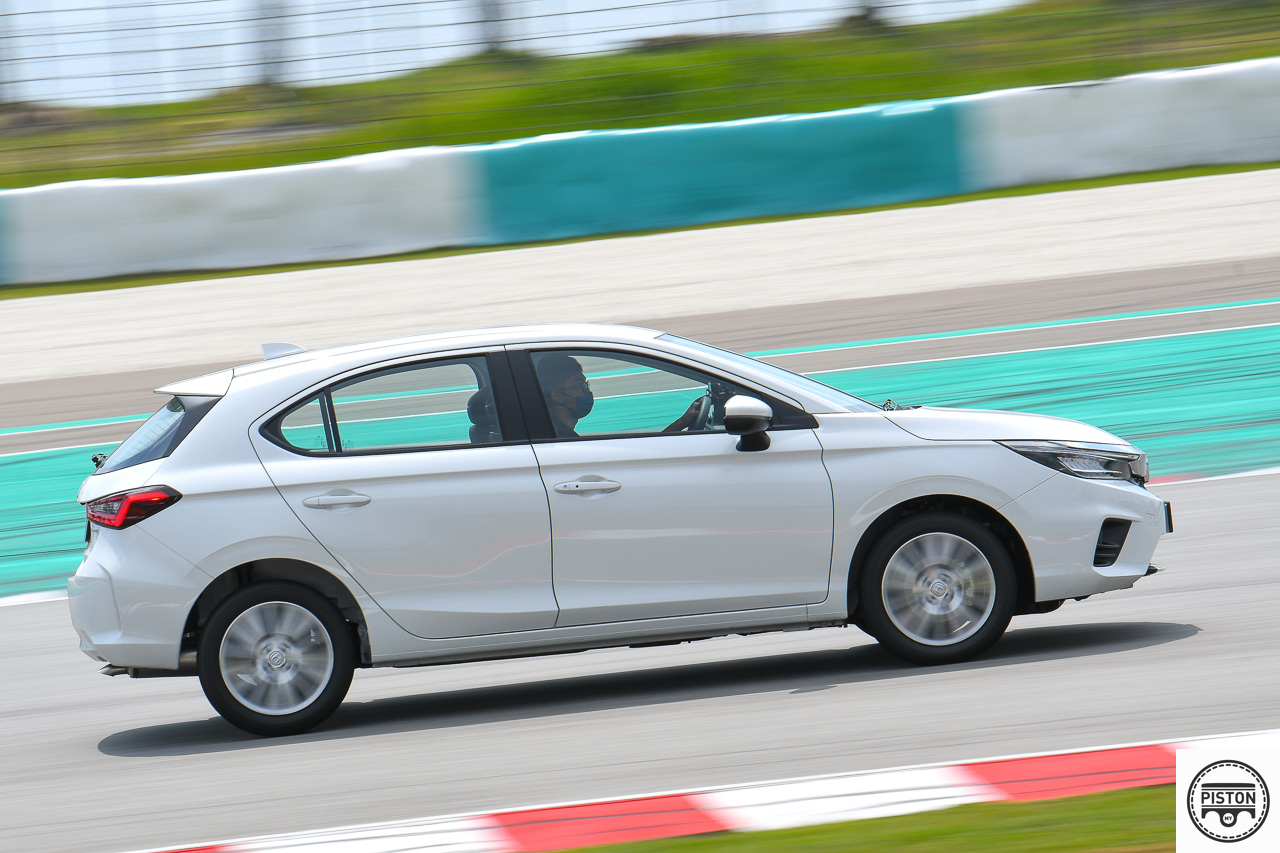 The 1.5-litre engine that is powering the V variant produces a class leading 118hp and 145Nm of torque.

These figures are not exactly what you would call powerful, but in a lightweight car designed to move people and their belongings comfortably – it is not all that bad.

It is still capable of shoving you back into your seat, no matter how little. 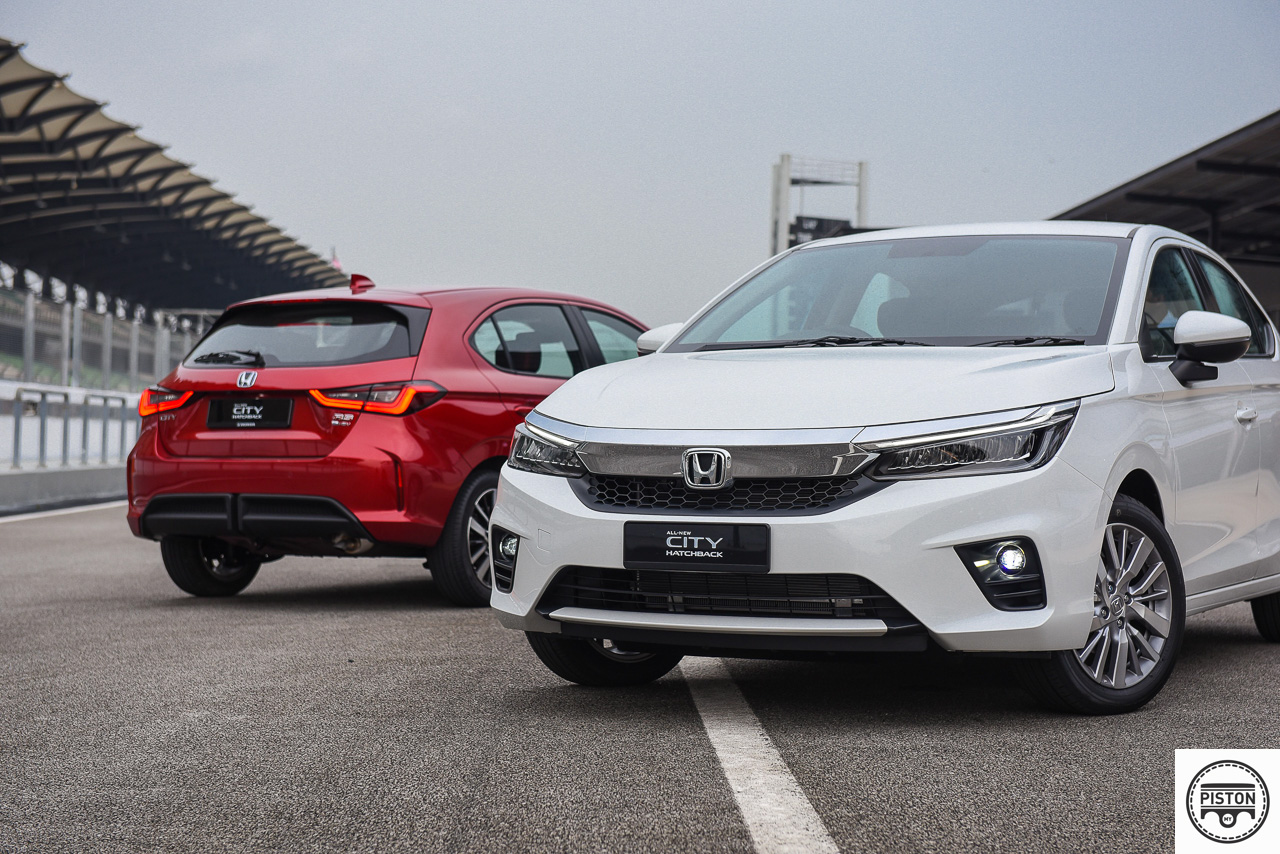 Exterior wise, the V variant may not be as exciting to look at because it doesn’t have the glass piano black front grill, the blacked out wing and black door mirrors. In place you get a chrome grill and a very subdued overall design.

But just like the RS, the V variant too gets the all-important LED headlights with LED daytime running lights, LED fog lamps and LED rear combi lights.

The V variant also gets 16-inch alloy wheels. Thought the wheel well looks like it could easily take on a set of 18 or 19-inch wheels. Modification ready perhaps? 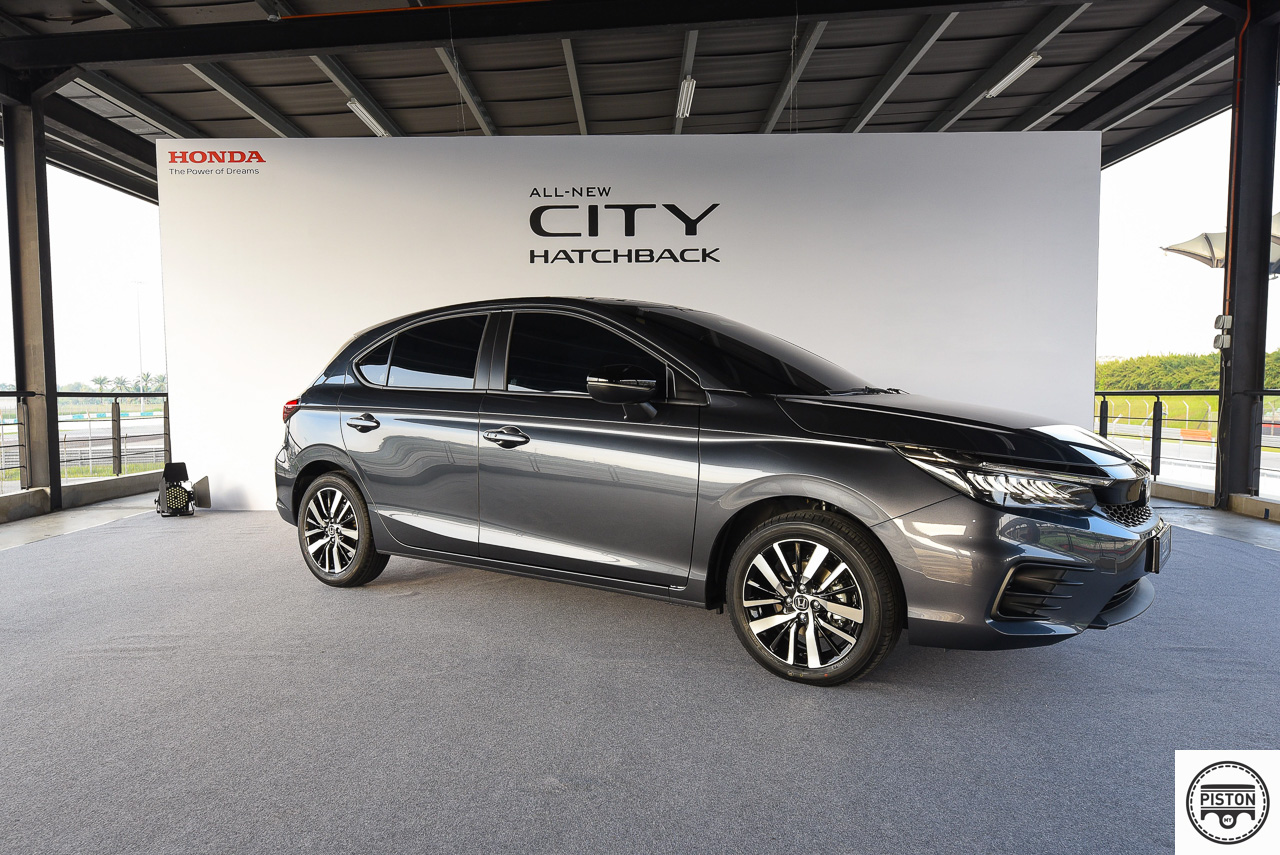 Just like the RS, the V-variant also gets Honda’s famous ULTRA seats that first made its debut in the Jazz.

The ULTRA seats allow the seats to either be folded down  in what Honda calls the Utility mode, folded up (Tall mode), lay flat (long mode) and even lay the front passenger seats flat (Refresh mode) for a total flat out format that mimics a daybed. Excellent for a weekend by the beach, if you are so inclined. 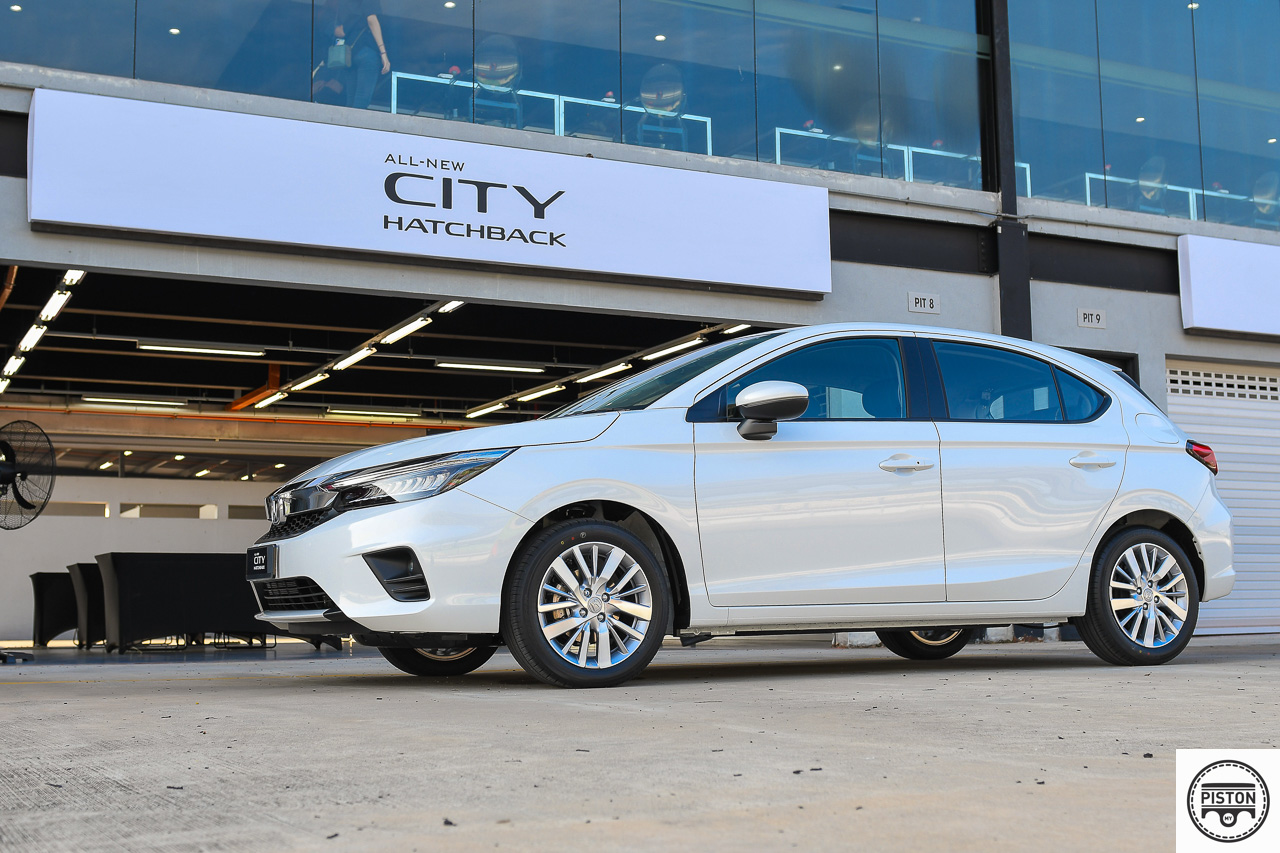 But the V-variant loses out on the Honda SENSING safety suite – but expect that to trickle down the line to other models as the City hatchback goes through its product life cycle. Or perhaps there would be a City 1.5L Hatchback V SENSING, just like how there is a City 1.5L V SENSING for the sedan model.

All in all, the Honda City hatchback has made an excellent case for itself.

Honda Malaysia has not mentioned anything about the price though, but an introduction is due to take place any day now, and expect prices to be not that far off the sedan versions.

The Honda City hatchback is now available for booking at your nearest dealer. 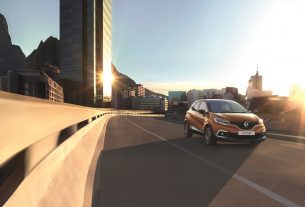 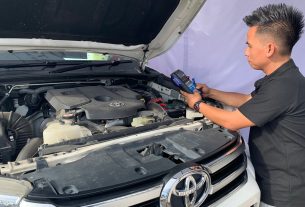 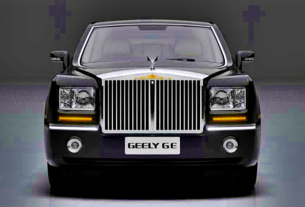 When Geely produced a ‘Rolls-Royce’ (w/VIDEO)