With more and more vehicles – including those from entry-level brands like Perodua and also pick-up trucks – having advanced driver assistance systems (ADAS), Euro NCAP has started to assess some of the systems which assist driving. The independent organisation tests not only the car’s ability to assist and promote safer driving, but also evaluates how such Assisted Driving systems engage the driver and, if the unexpected happens, what safety back-up is offered by the vehicle.

The present focus is on Highway Assist systems, which help the driver to maintain a steady speed, to keep a safe distance from the car in front and to keep the vehicle in the centre of the lane by combining (intelligent) Adaptive Cruise Control (ACC) with Lane Centering (LC). Highway Assist systems are designed to assist the driver, not to take control, and the driver is expected to keep his hands on the wheel and his eyes on the road at all times.

The technology, first offered on more expensive premium vehicles over the past 10 years, has gone mainstream in recent years and is now available on cars in all categories, butt with varying degrees of sophistication and at different price points.

In its previous rounds of Assisted Driving tests in 2018 and 2020, Euro NCAP found some vehicles promised more than they could deliver, implying, through their naming and interaction with the driver that they provide more automation than they were capable of doing. All the cars tested in this round, however, offer a balance between Assistance Competence – the degree to which the system can help the driver – and Driver Engagement – the extent to which the driver feels they must remain in control and not disengage from the driving task.

“This balance between assistance and engagement is crucial. Cars are not yet capable of fully automated driving and drivers should not be misled into thinking that they are. Reports from America have highlighted the very serious problems that can happen when people have an unrealistically high expectation of what such systems can offer, and when the car in which they are driving does not actively try to get them back in the loop. We are pleased that the manufacturers represented in this round of tests make clear the level of support that they can provide,” said Michiel van Ratingen, Secretary-General of Euro NCAP.

Euro NCAP’s first Assisted Driving gradings of 7 models equipped with Highway Assist show the overall best performer as the BMW iX3, which was graded as ‘Very Good’. Two others – the Ford Mustang Mach-E and the CUPRA Formentor – achieved ‘Good’ gradings. The assist systems of the Polestar 2 and the Hyundai IONIQ 5 were graded as ‘Moderate’, while the Toyota Yaris and Opel Mokka-e were considered to offer ‘Entry’ level systems.

The BMW iX3, although a variant of the X3 range, has a new sensor set, not yet available on its combustion-engined stablemates and the grading of its automated driving system applies only to the all-electric version. The Polestar 2 achieved a Moderate grading, limited by its performance in Vehicle Assistance. Polestar will perform an over-the-air (OTA) update of the car’s software very soon and Euro NCAP will again assess the car.

The range of cars tested demonstrated the growing prevalence of Assisted Driving across the spectrum of vehicle categories. Entry-level systems, while offering less functionality than more sophisticated ones, nevertheless provide the driver with a useful level of support, and that fact that they are offered on volume-selling cars shows the direction of travel for automated driving.

Euro NCAP’s tests are set against a rapidly changing legislative background. Technology is developing very quickly and the degree of automation that is allowed and what action the car must take when, for example, it tries to hand control back to an unresponsive driver, is being reviewed. The organisation says its future tests will take these regulatory changes into account.

The explosion that saves lives instead of kills… 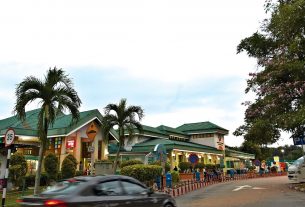 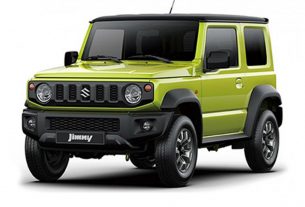 Why The Little Suzuki Jimny Is THE BEST 4×4 Ever And There’s A New One Coming! [+Videos] 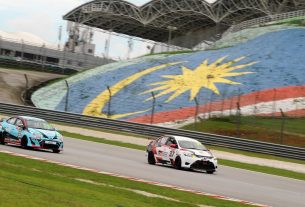