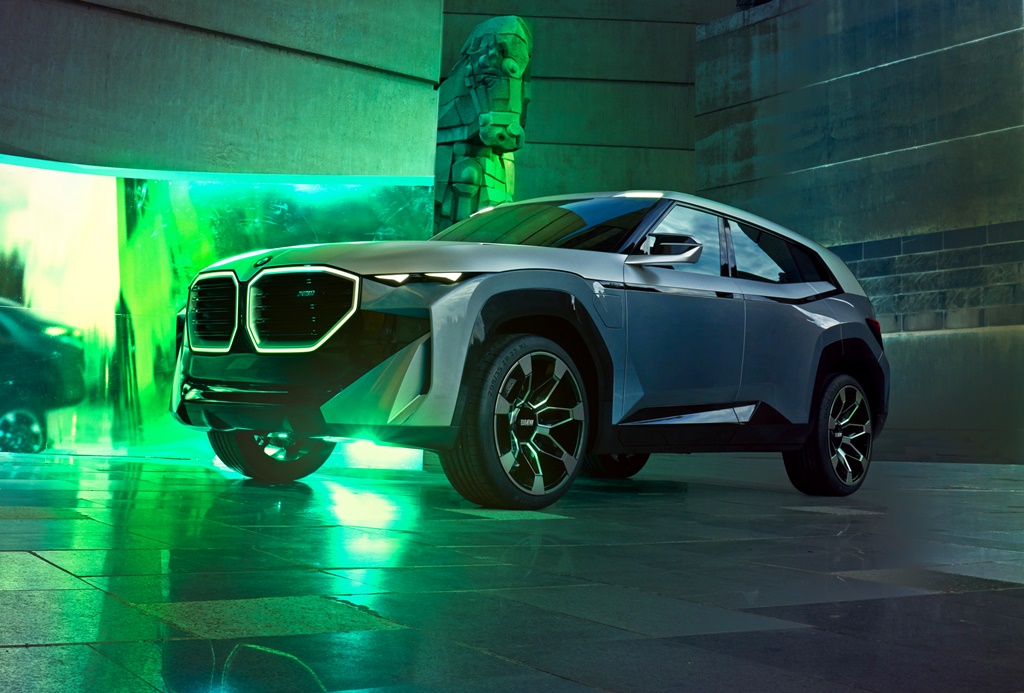 At the Art Basel 2021 Miami Beach show in Florida this week, BMW M will present the Concept XM as a look ahead to the most powerful BMW M car ever to go into volume production. It also provides a first glimpse of the new front-end design for BMW’s forthcoming luxury-class models with its distinctive take on BMW X model design.

The new design language
The slim and iconic daytime driving lights (DRLs) and the contour lighting of the emotive kidney grille are the main focal points. The horizontal grille sits prominently between the headlights and tapers towards the outer edges, producing a near-octagonal outline that emphasizes the front end’s dynamic character. The black kidney grille elements are enclosed within an intricate surround and appear almost to be floating freely within a high-gloss black surface. M-style double bars within the grille add to the perception of width. 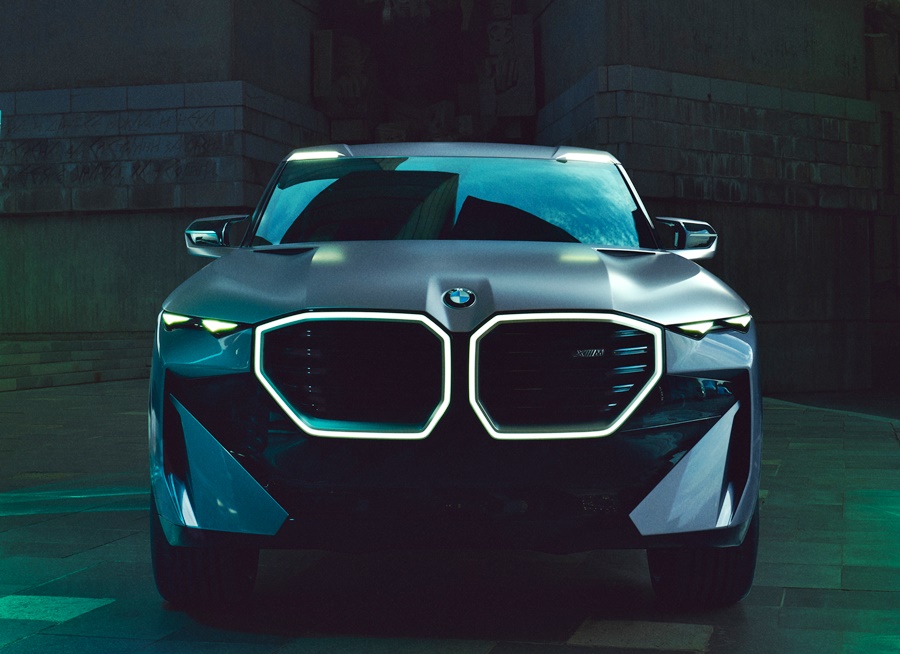 The boldly sculpted bonnet extends the contours of the kidney grille back in the form of two power domes. A pair of air intakes in the bonnet mimic the appearance of the LED searchlights in the roof and framing the statuesque body at its lower edge are the clean-cut black surfaces of the front apron. Triangular body-coloured blades at the outer edges accentuate the vertical air intakes while emphasizing the sporty and robust stance. 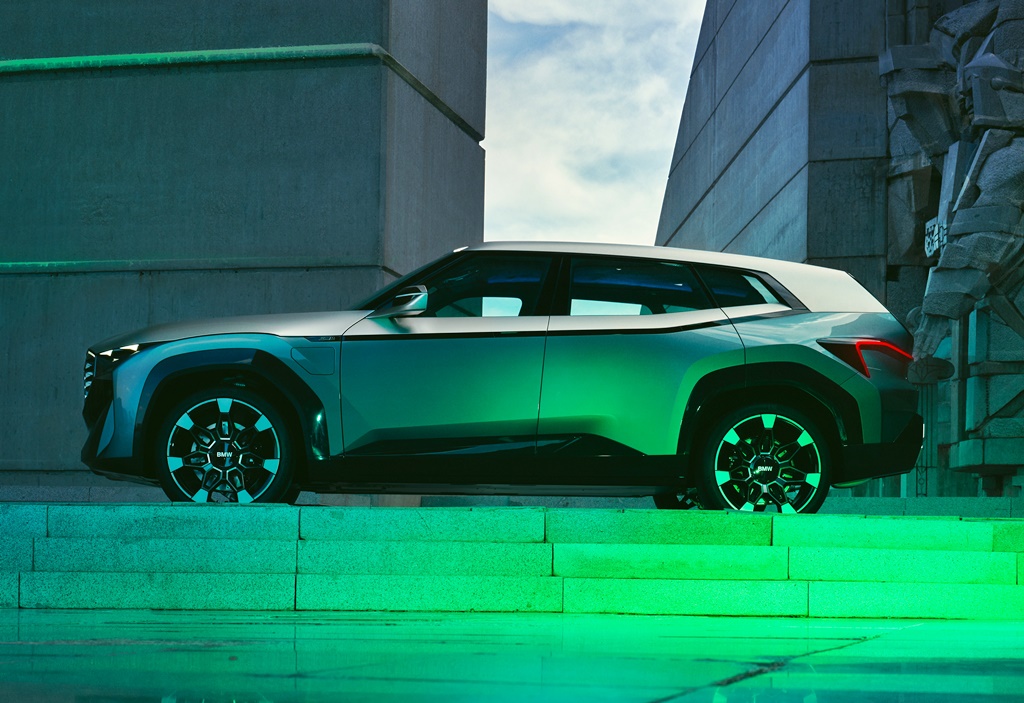 The visually expressive silhouette exudes presence with its size and the design language uses strikingly sculpted surfaces and extravagant lines. The two-tone paint finish further accentuates its distinctive lines, with the upper section in matt gold-bronze, while the lower section sports the Space Grey metallic shade.

Below the window graphic, a broad, High-gloss Black line – the ‘black belt’ – separates the two exterior colours. The signature M exterior mirrors give the car a clean-cut and technical, sporty edge. Throughout the side view, deliberately short character lines, which start off boldly before fading softly, accentuate the car’s agile, modern feel. 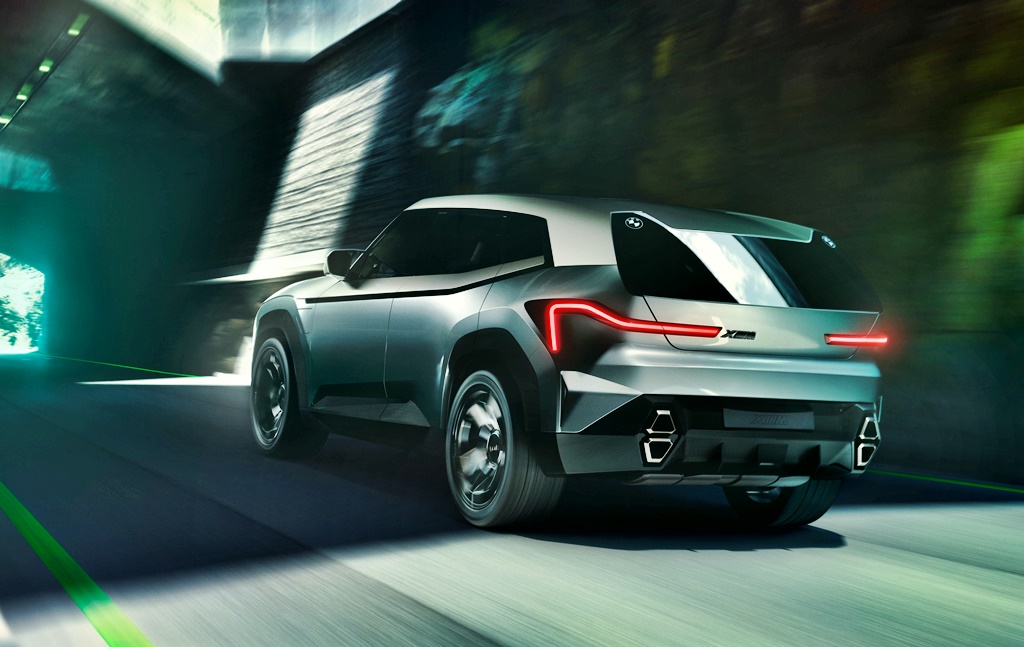 The expressive rear lights extend well into the car’s flanks and create an eye-catching transition into the rear. The black cladding typical of BMW X models above the wheels and on the sideskirts is very clearly defined and gives the body an elevated appearance.

The glasshouse of the Concept XM rises vertically and the colour of the roof contrasts with the black finish of the A-pillars. The windscreen seems to have an even heavier rake as a result, injecting modern dynamism into the front end. Slim LED searchlights have been incorporated into the roof above the A-pillars, adding to the SAV (Sport Activity Vehicle) image. 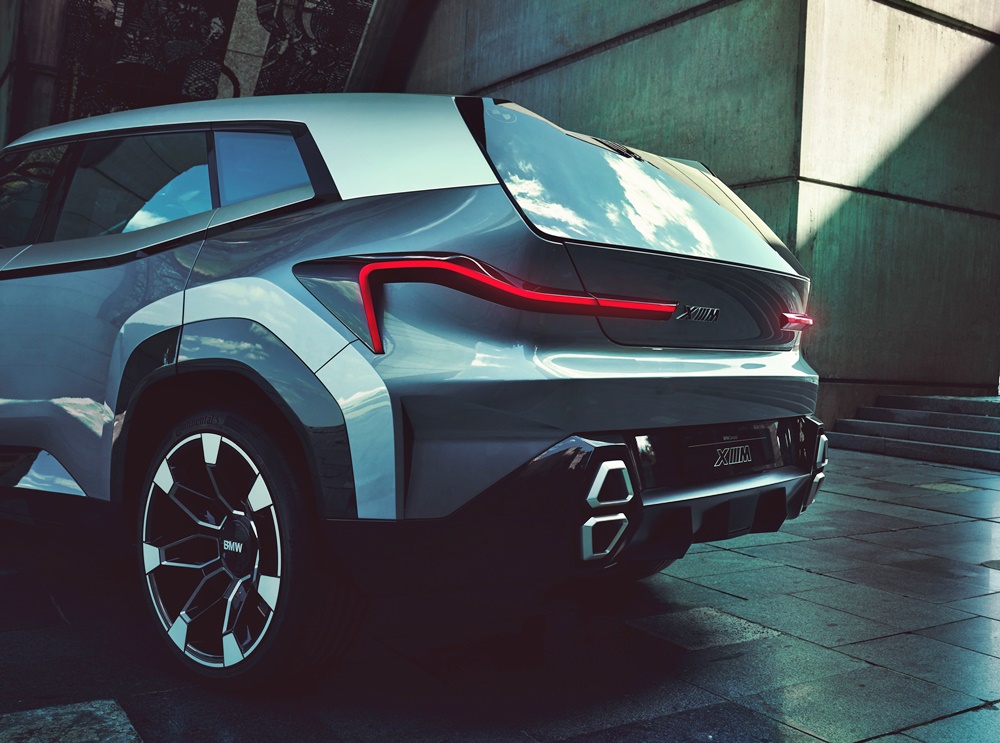 At the back, the rear window is inserted almost seamlessly into the rear end. The fresh interpretation of the design can also be seen in the arrangement of the BMW logo, which is laser-etched into the window below each of the two rails. This is a stylistic reference to the BMW M1, to date the only example of a standalone model developed exclusively by BMW M (and that was back in 1978).

Lower down, dominating the rear apron, are the characteristic twin tailpipes of BMW M models. The dual-branch, twin-tailpipe exhaust system reduces backpressure for the engine and also generates the emotionally rich M-typical soundtrack accompanying the engine’s imposing power delivery. The vertical arrangement and hexagonal interpretation of the tailpipes are a new take for this classically iconic feature. 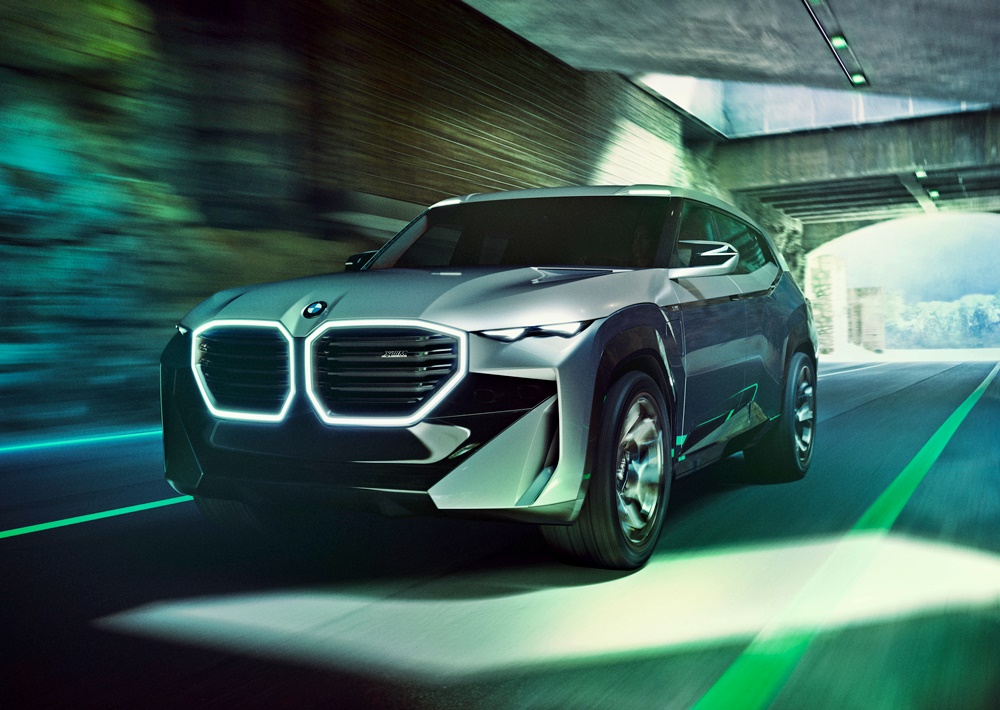 PHEV only
The production model will have only a plug-in hybrid powertrain (PHEV) and it will be BMW M’s first electrified high-performance model. In the Concept XM, the powertrain is a M Hybrid drive system which combines a V8 engine and a high-performance electric motor to develop maximum output of 750 ps and 1,000 Nm. More detailed technical information is not available at this time but there is a claim of up to 80 kms running on just electric power.

Driver-focused cockpit
Like other M models, the cabin of the Concept XM has a driver-focused cockpit design. The lines and surface design of the instrument panel, centre console, door trim and seats give the ambience in the front compartment a progressive feel with their powerful geometry and high-quality materials. A bold trim element provides clear visual separation between the driver’s area and the other sections of the car. 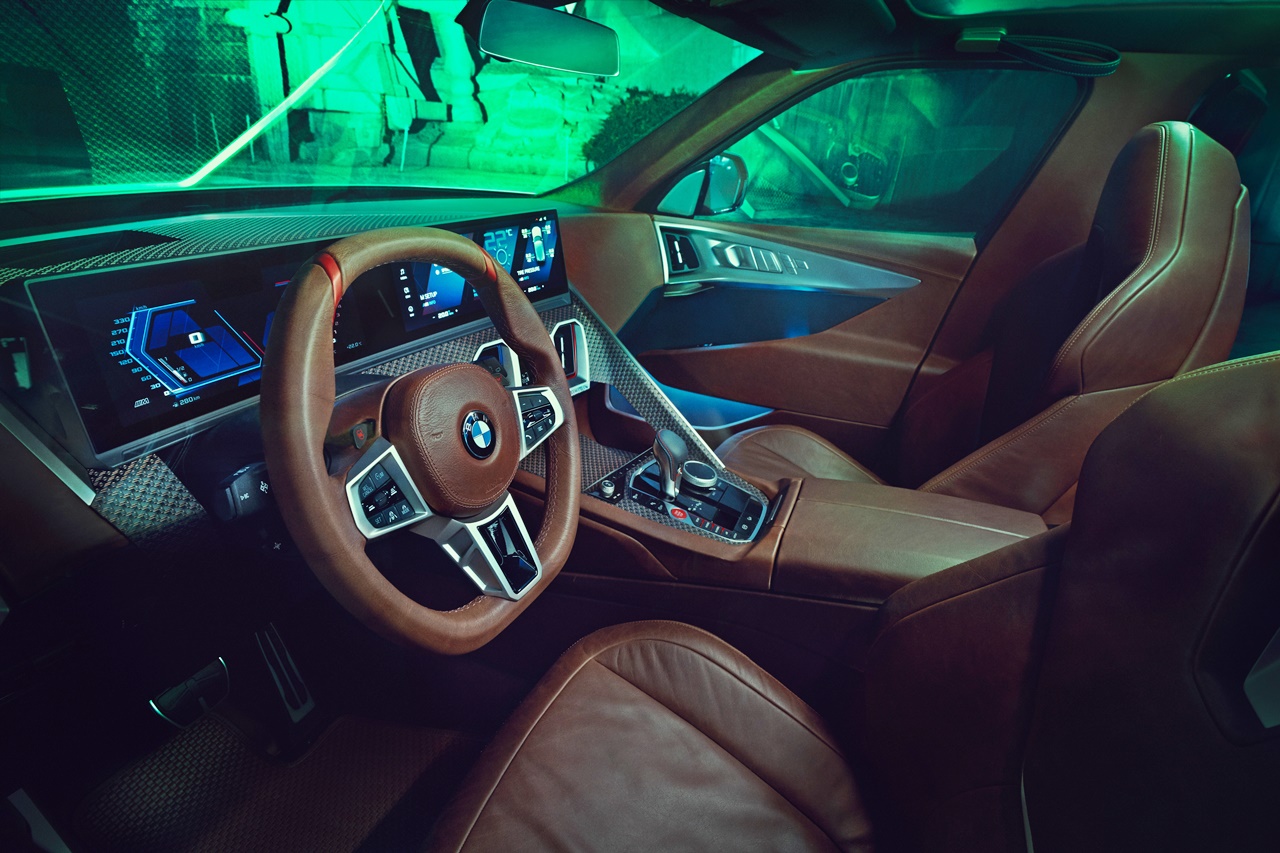 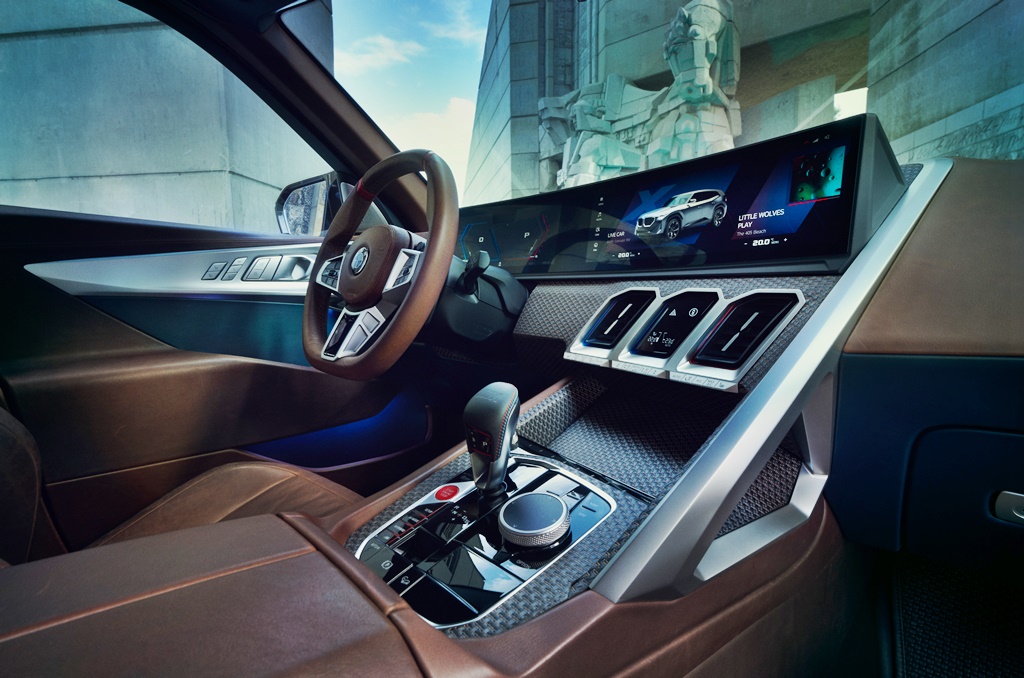 The new BMW Curved Display screen grouping positioned creates a neat balance between traditional driver focus and modern digitality. Red accents on the steering wheel and centre console are M-specific references, while a trio of vertical elements presented in the three colours of the BMW M brand logo form the heart of the centre console.

The M Lounge
The rear area is referred to as the ‘M Lounge’, with special materials and expressive details for the seats along with black-tinted rear side windows. The large rear seat bench with its deep seat recesses forms an inviting space to relax. Only the diamond-shaped area of the head restraints – which provides the supporting function familiar from BMW M Sport seats in other models – is leather-trimmed. The lower sections of the seats offer high comfort and an exclusive couch character with their luxurious velvet upholstery and diamond quilting. 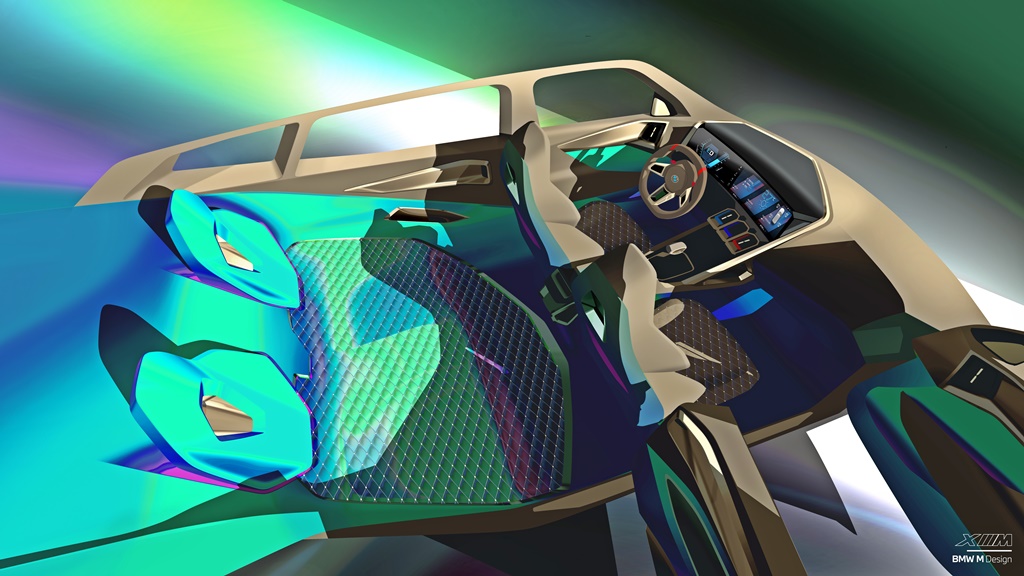 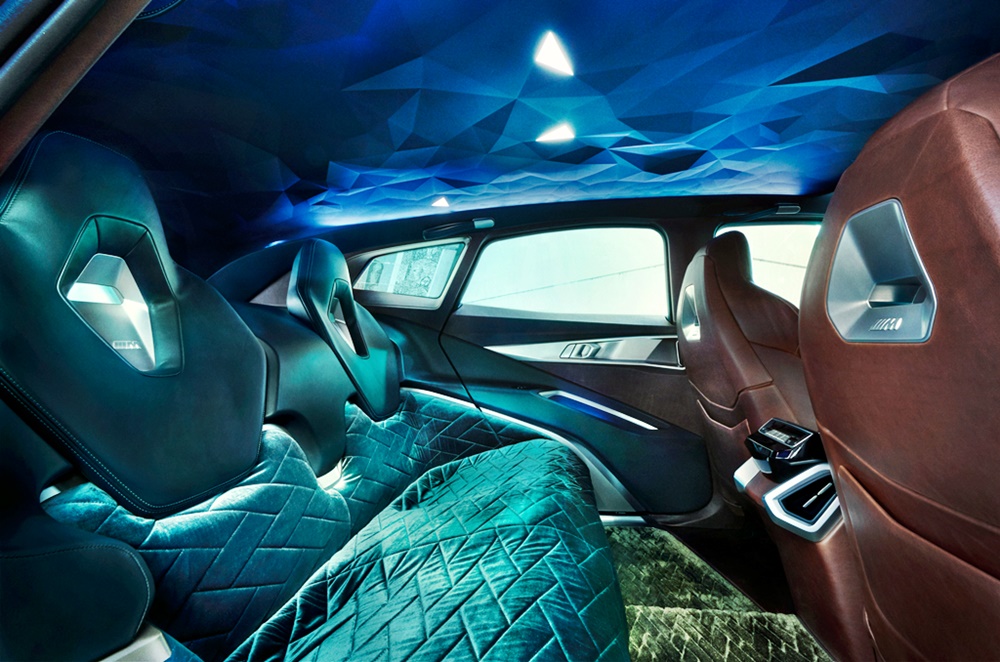 Illuminated and sculptural headliner
The visual highlight of the cabin is its headliner with a 3-dimensional prism structure. A combination of indirect and direct lighting produces a relief-like structure which showcases the headliner as an exclusive work of art. Together with the ambient lighting, it highlights the Concept XM’s blend of luxury and comfort to extremely striking effect. The ambient lighting can be activated in the three BMW M colours.

Production from end of 2022
The production model – the BMW XM – will be built from the end of 2022 at BMW’s factory in the USA which was also where the company first SAV, the X5, was built in 1999. The US market is a big market for BMW SAVs and is expected to be the most important sales market for the new high-performance model. 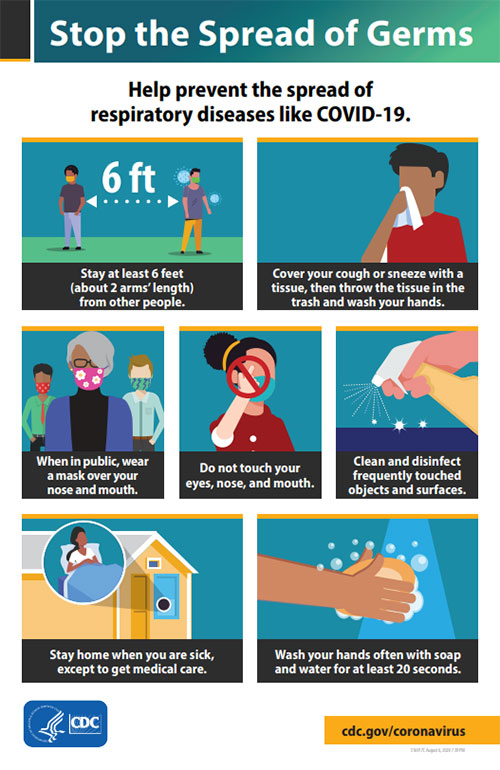 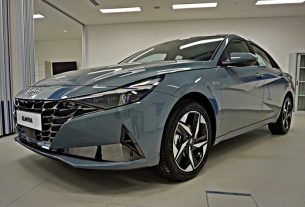 A closer look at the new Hyundai Elantra 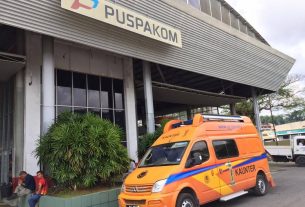 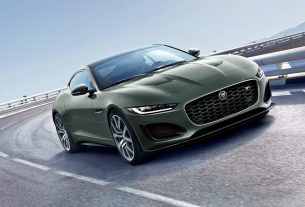