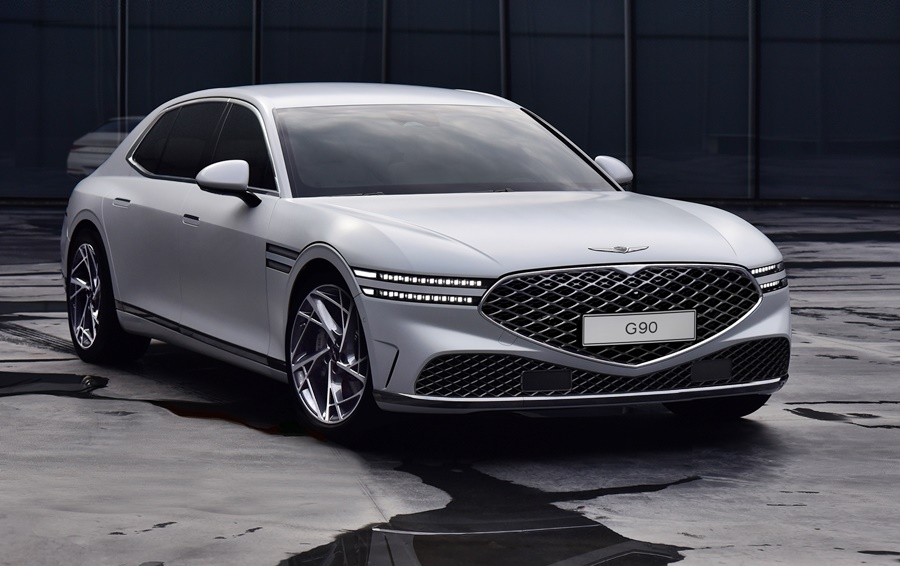 The G90, flagship of Genesis, Hyundai’s luxury brand, has undergone a full model change. This is the model which originally began life as the Hyundai Equus. In 2015, when the Korean carmaker launched its new luxury brand, the Equus became the Genesis G90 (EQ900 in Korea). The model was then facelifted and now enters its second generation.

Athletic Elegance design philosophy
Much of the new design adopts the Genesis design cues that are guided by the brand’s design philosophy of ‘Athletic Elegance’. The frontal presentation consists of a new Crest Grille which has a luxurious look with its Layered Architecture finish. This comprises two G-Matrix patterns layered on top of one another to create a 3-dimensional effect.

Resembling the brand’s emblem, the Two-Line headlamps located on both sides of the grille feature the thinnest such lamp designs by Genesis. Intercrossing the lens of the Daytime Running Lights (DRLs) with low beam powered by MLA (Micro Lens Array) technology has made it possible for thin lines of the headlamps.

Clamshell Bonnet
A special design feature is the Clamshell Bonnet, a single panel that combines the bonnet and fenders in order to eliminate panel gaps and create a sleek impression. This sleekness is also embodied in the Guilloche (a decorative technique) pattern-applied emblem, which is nearly 80% thinner than seen on previous emblems. 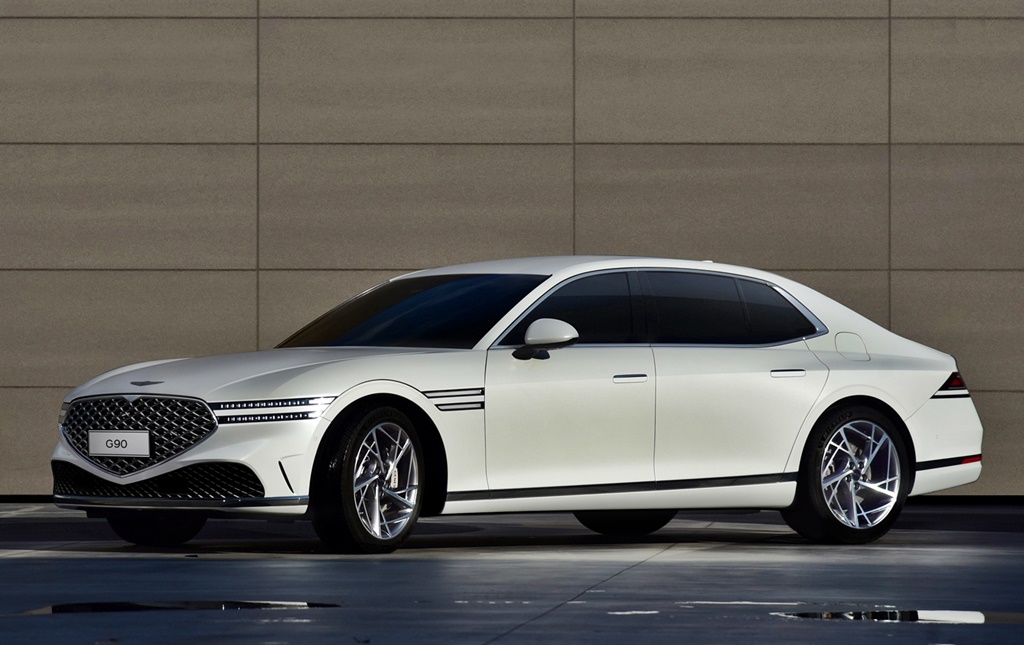 Viewed from the side, the Parabolic Line design can be seen to start from the bonnet and flows along the bottom of the window to the boot in a seamless line. The voluminous body has been further enhanced with the Athletic Power Lines on the fenders around the wheels, projecting power and dynamism.

The DLOs (Day Light Openings) that surround the first and second-row seat windows are designed to harmonize with its thick C-pillars. This offers second-row passengers both an open atmosphere and privacy at the same time, a clear complement to the model’s image as a best-in-class luxury sedan. 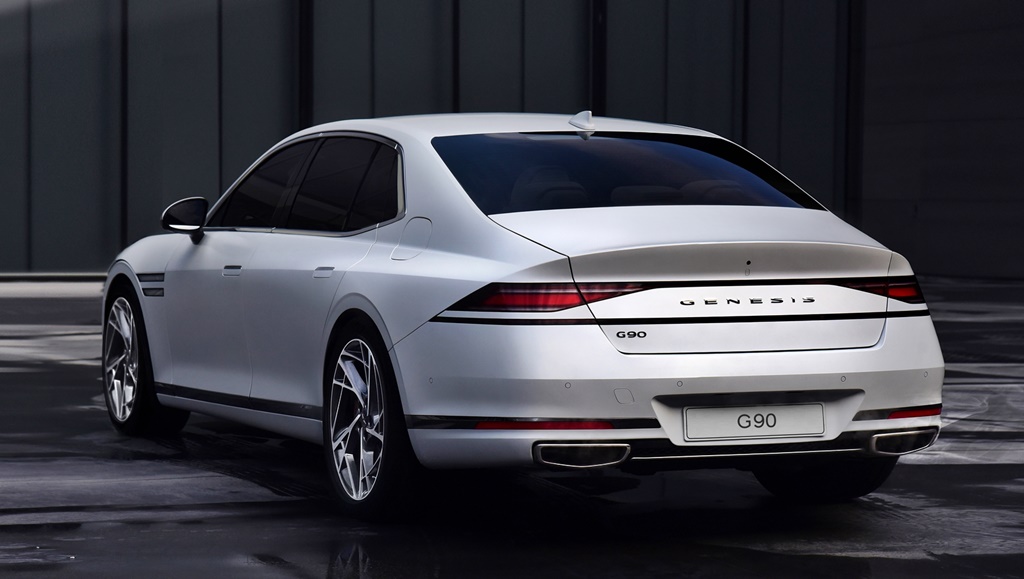 The elegant proportions of the wide rear create a strong and well-balanced image. The Two-Line rear combination lamps – key elements of the Genesis design language – are elongated along the boot, with Genesis’ lettering emblem placed concisely between them. 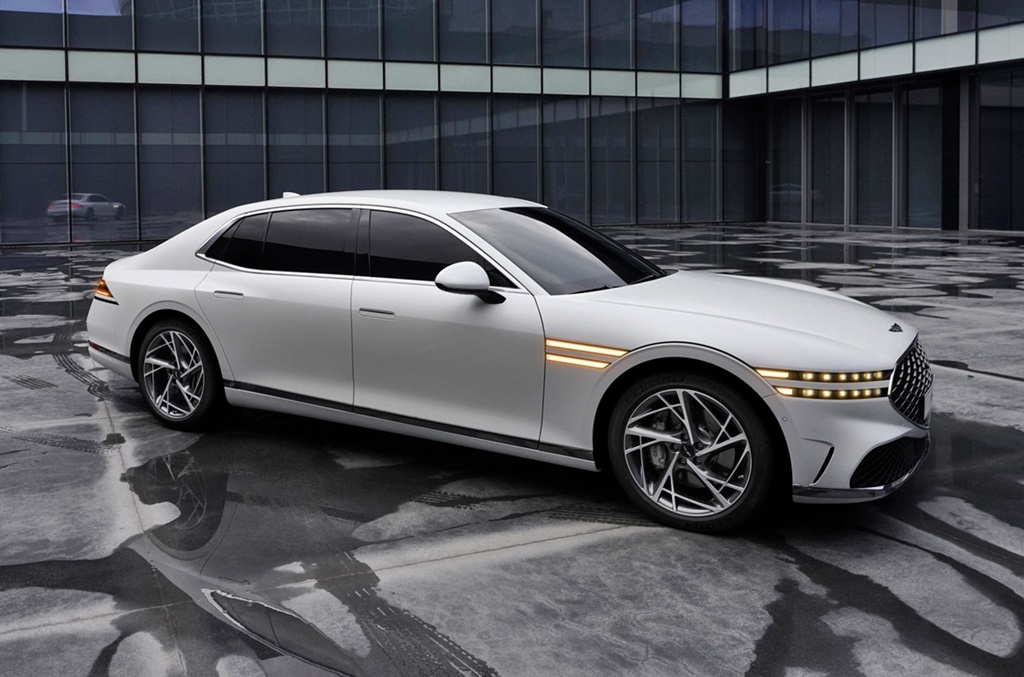 To draw focus to the iconic Genesis design elements on the upper rear part of the car, functional elements, such as the license plate, various sensors, and the reverse lights, have been placed toward the bottom to ensure that the rear offers a clean look.

“The G90 will redefine the flagship luxury design experience in a unique way only offered by Genesis,” said to Head of Genesis Global Design, SangYup Lee. “The G90 is the ultimate expression of Athletic Elegance that carefully balances dynamic driving and an elegant rear seat experience.”

With the G90, Genesis plans to expand its presence in the luxury sedan market not only in Korea, but across the globe. 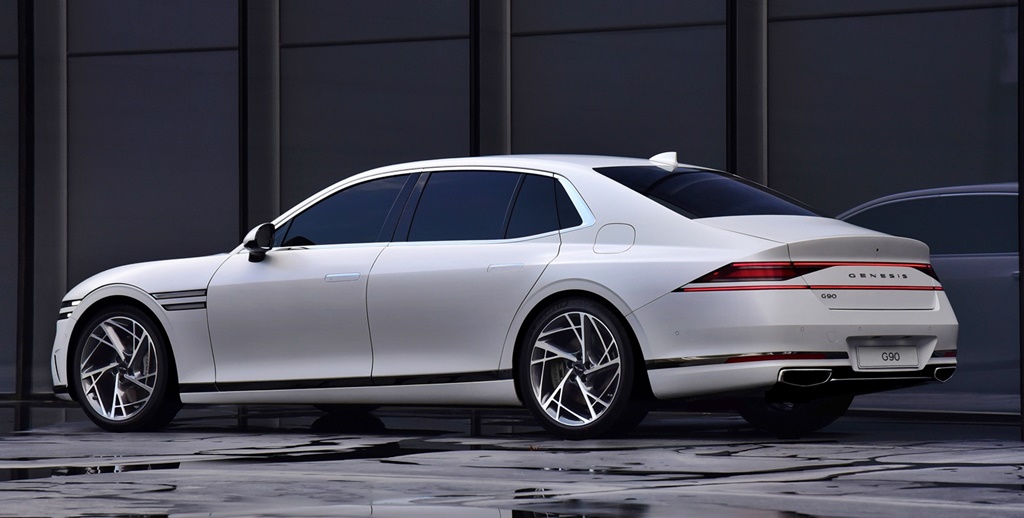 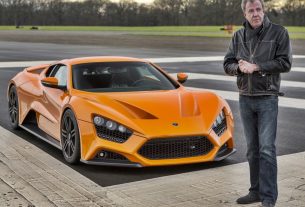 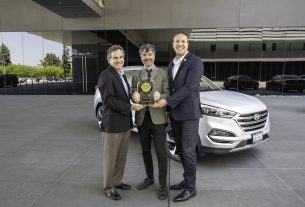 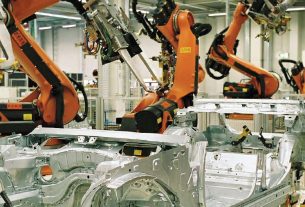