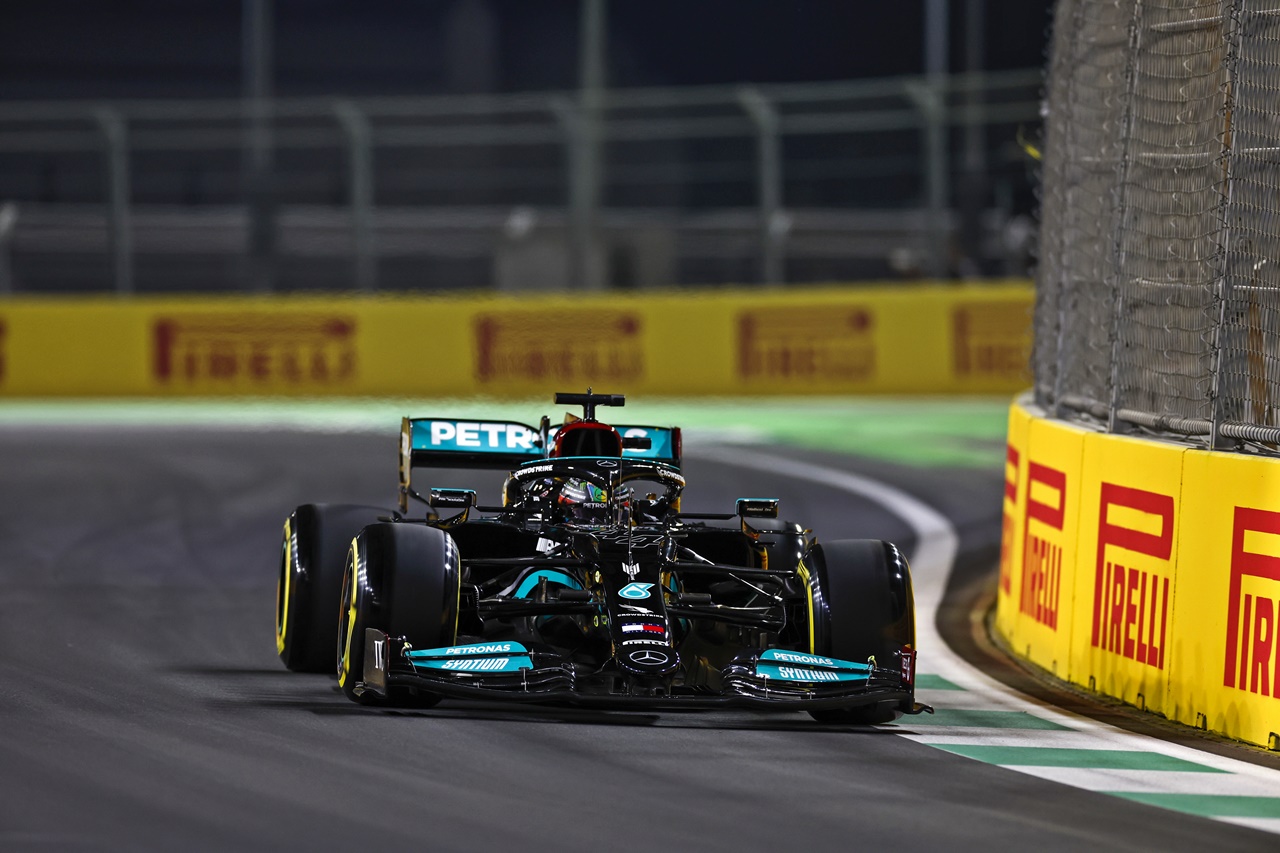 This weekend, for the 21st round of the 2021 championship, Formula 1 goes to Saudi Arabia for the country’s first F1 event at the Jeddah Corniche Circuit. The circuit, newly created, is a street circuit situated 30 kms outside the historic city of Jeddah, the second largest city in Saudi Arabia. It is the second venue to join the calendar this year, following Qatar a fortnight ago.

While this is the first time an F1 race is being held, Saudi Arabia is no stranger to international top-level motorsports and, in recent years, has hosted rounds of the Formula E series and the Dakar Rally. Saudi Arabia also joins three other countries in the Middle East – Qatar, Bahrain and the UAE – to host F1 rounds. 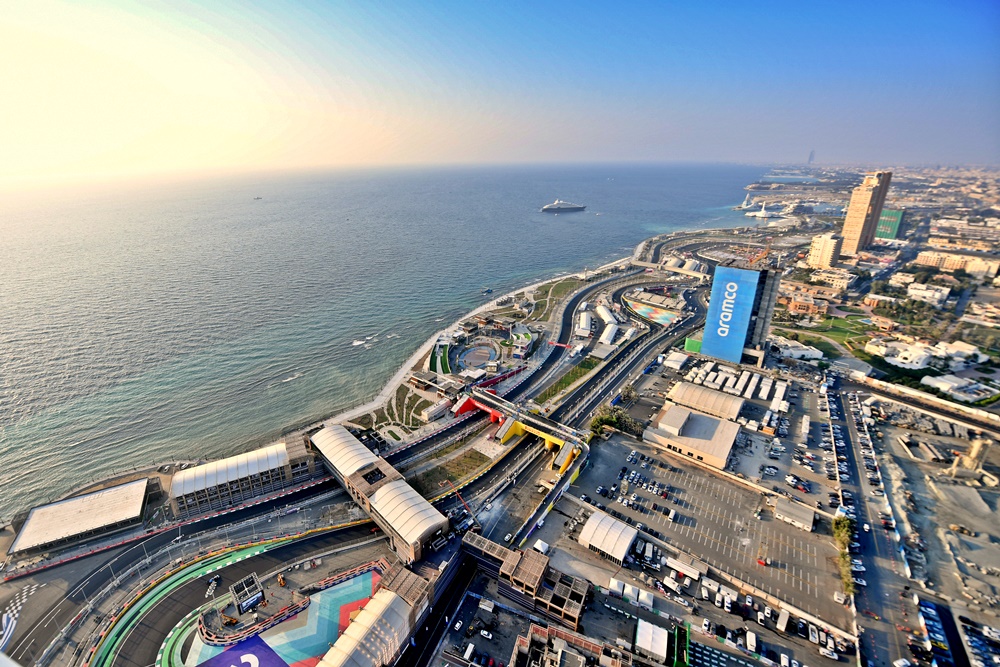 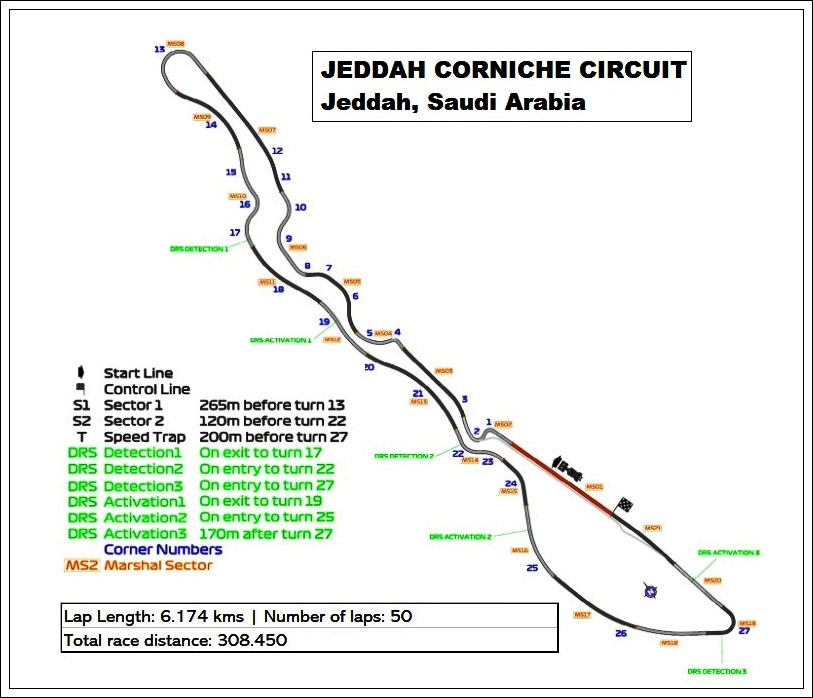 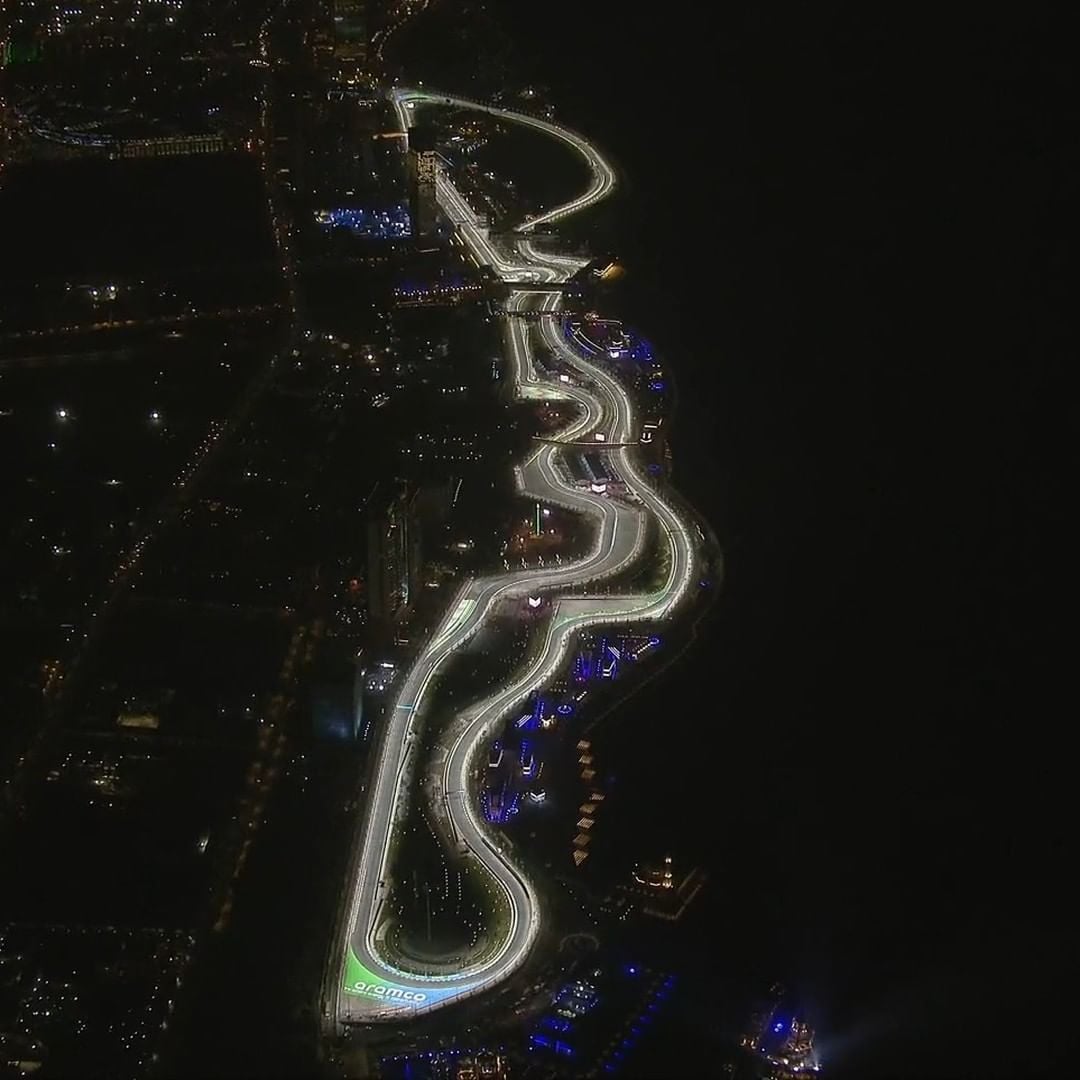 Second longest circuit
The streets have been specially prepared to meet FIA’s strict standards for a Formula 1 circuit, with 34 tonnes of new asphalt and 550,00 tonnes of cement used. At 6.175 kms, it is the second longest circuit in the 2021 calendar, just 800 metres longer than the circuit at Spa-Francorchamps, Belgium.

The Jeddah Corniche Circuit will be the fifth track to run a F1 race at night. The total number of lights is estimated at over 600 to achieve lighting levels have to be 1,500 lux, and there is more than 20 kms of electric cabling. 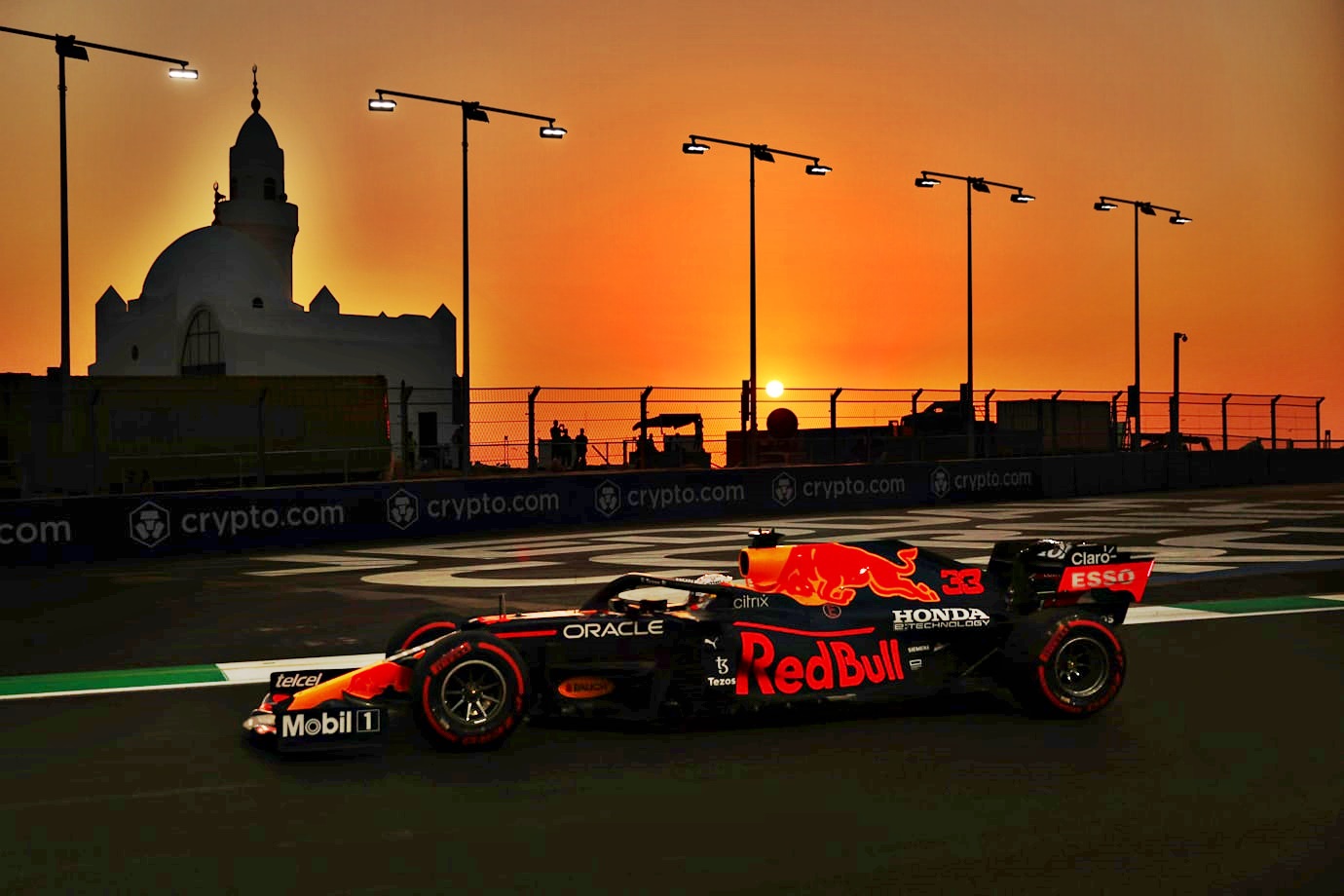 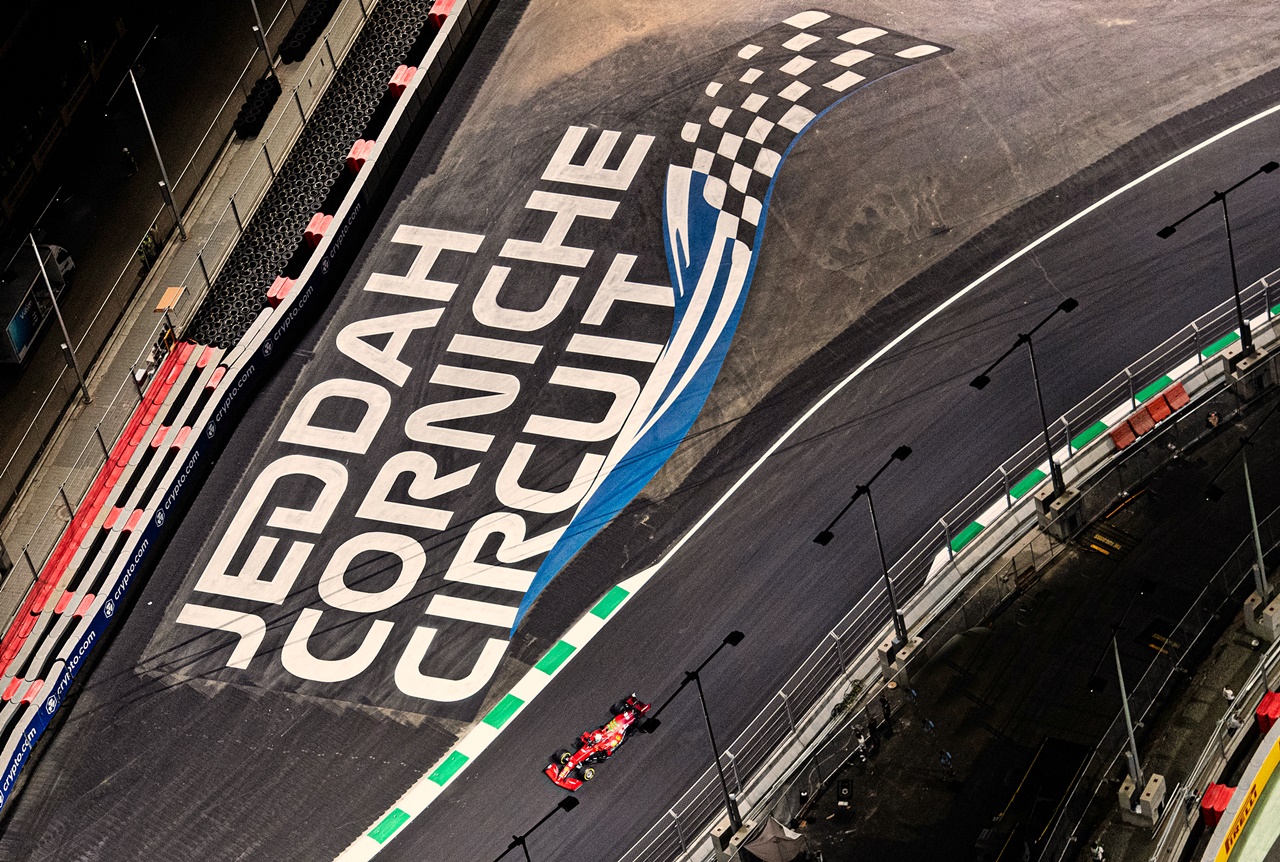 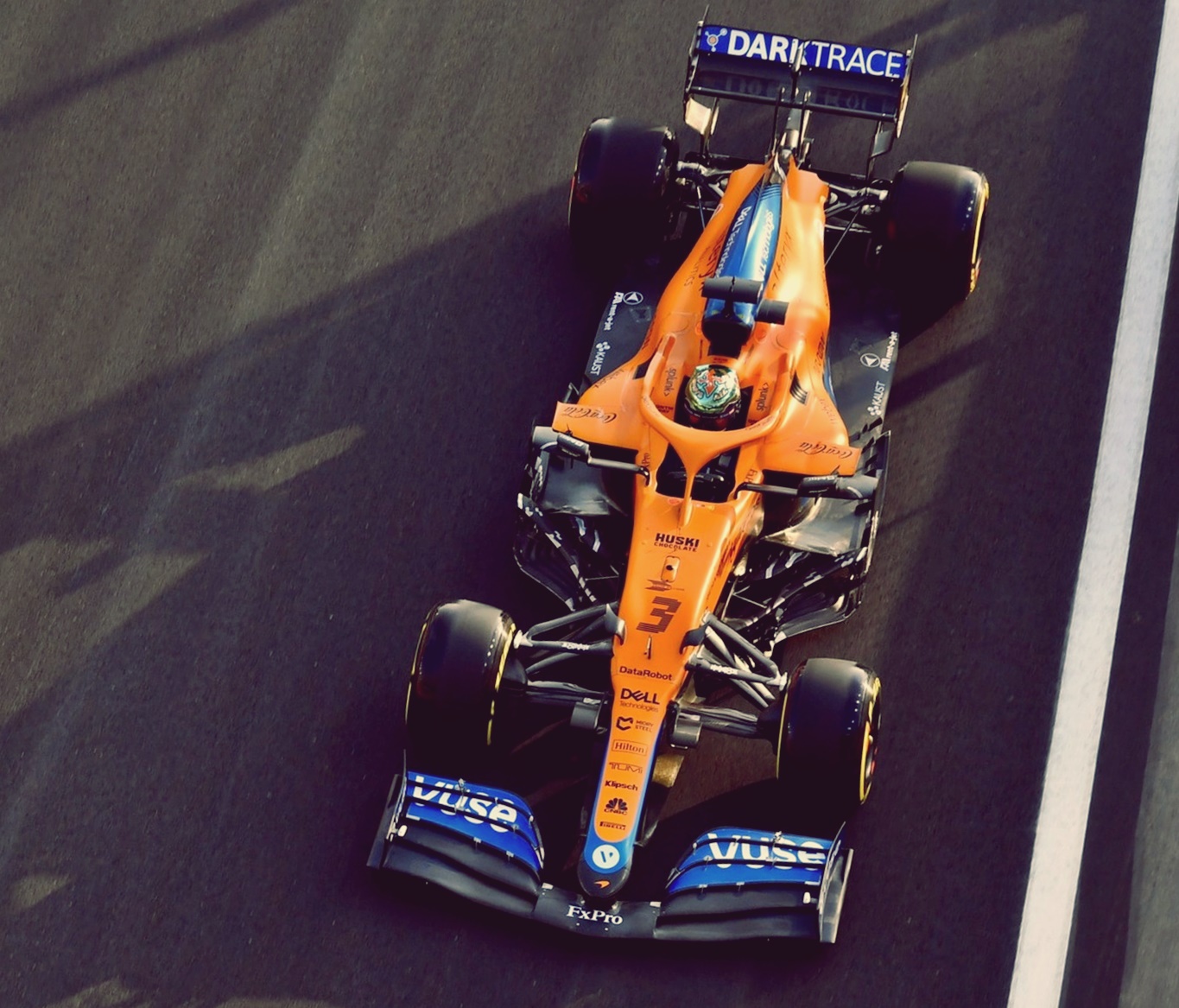 There are 27 turns around the track with one (Turn 13) banked at 12 degrees. That’s three degrees steeper than Indianapolis’ banked corners and 7 degrees less than those at Zandvoort. This will add stress for the drivers who will experience a high g-load (around 4.9 lateral g) as they circulate for 50 laps.

As the track is totally new, the top speed that the cars will reach is not known but simulations put it as 322 km/h, with an  average speed as high as 252.8 km/h. On this basis, Jeddah has billed its circuit as the ‘fastest street circuit in the world’. 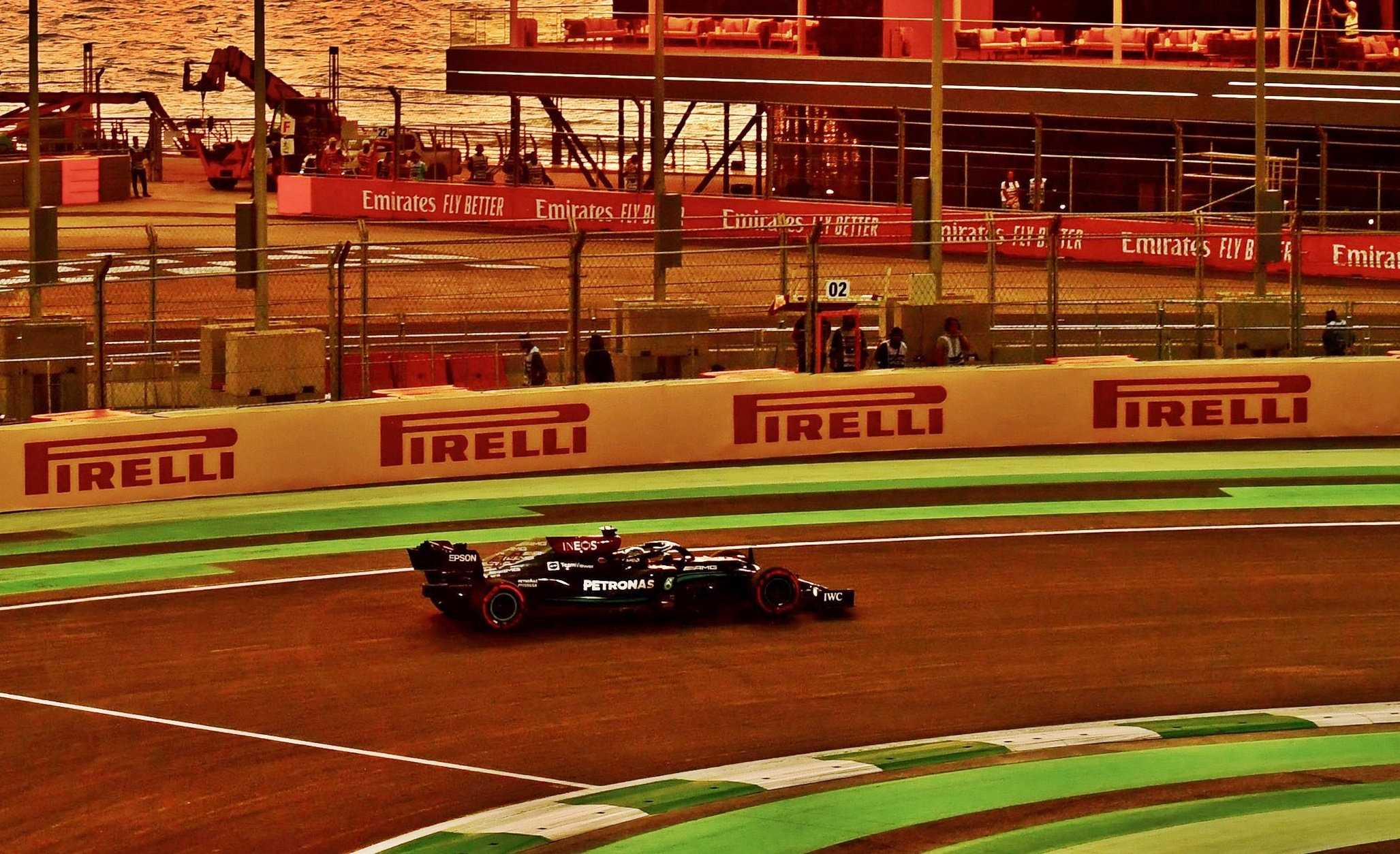 The waterfront location presents similar challenges to Abu Dhabi, blowing sand onto the track and experiencing wind shifts from daytime to the evening. Because of the long track length, energy management is very difficult, which puts more focus on the performance of the MGU-H and hybrid systems.

Hard work for tyres
The circuit has more corners than any other track on the calendar, which will keep the tyres working hard. As it’s never been used before, drivers can expect a slippery and ‘green’ track at the start of the weekend. “Jeddah is probably the biggest unknown we face all year, as with the track being completed very close to the race. As a result, we can only rely on simulations from F1 and the teams, along with other information we’ve collected, to come up with our nomination of tyres to supply,” said Mario Isola, Head of F1 and Car Racing at Pirelli. “This street circuit looks set to be quite different to anything else, and the high speeds with fast corners will obviously play a big part in the way that the tyres behave. 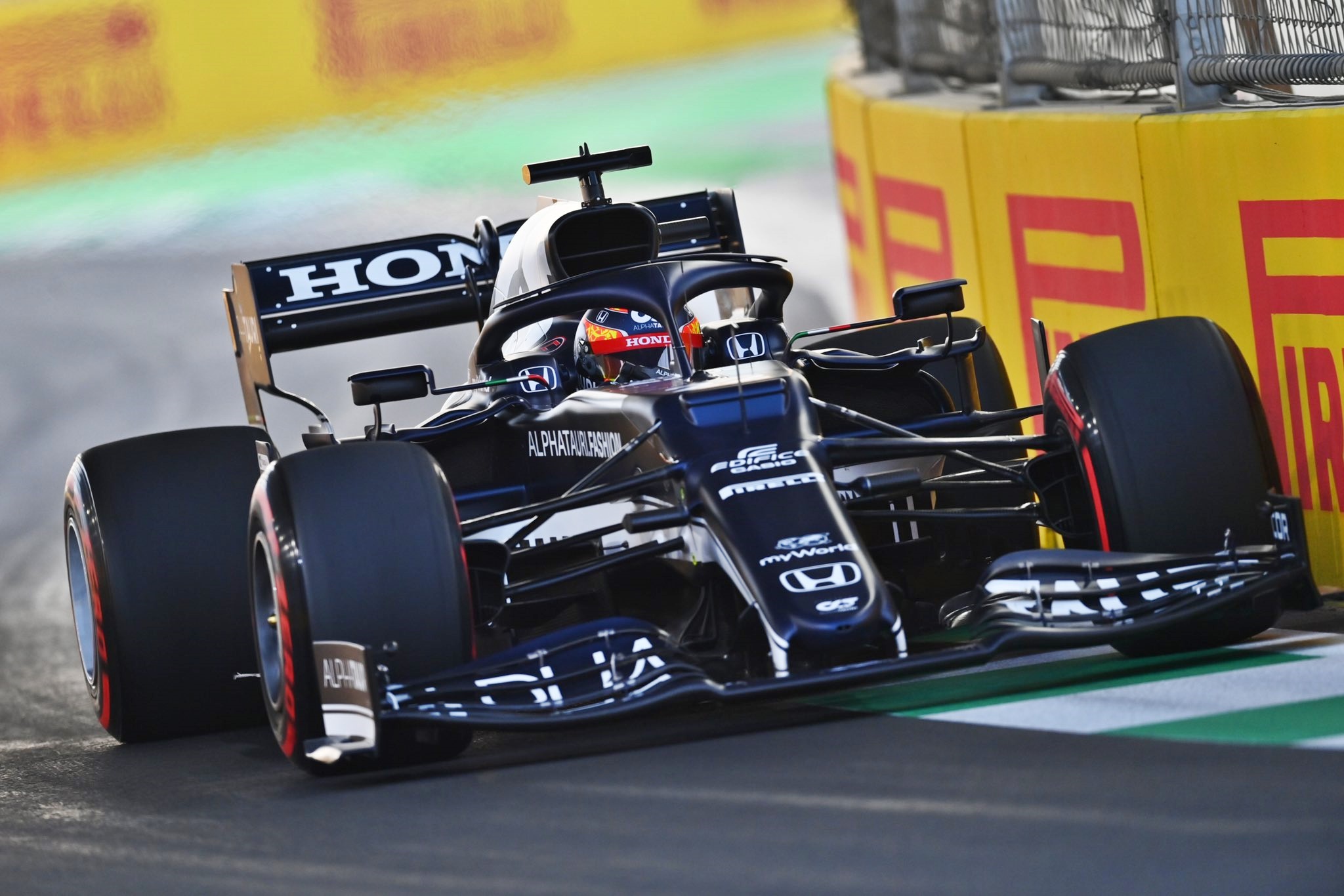 Blind corners, unforgiving track
Many parts of the circuit are quite narrow and unforgiving, with the walls close to the side of the track. “Blind corners are obviously an issue whenever someone is cooling down and you are on a push lap because of the huge speed difference so we all need to be super focused even when we are not pushing. The track leaves very little margin for mistakes and Charles Leclerc was unfortunate to crash,” said Ferrari’s Carlos Sainz.

“It is unforgiving; there is no room for any mistakes. The most challenging part is getting into the right rhythm with all the blind corners there are. But as soon as you do, it’s even more exciting to drive,” added Leclerc. 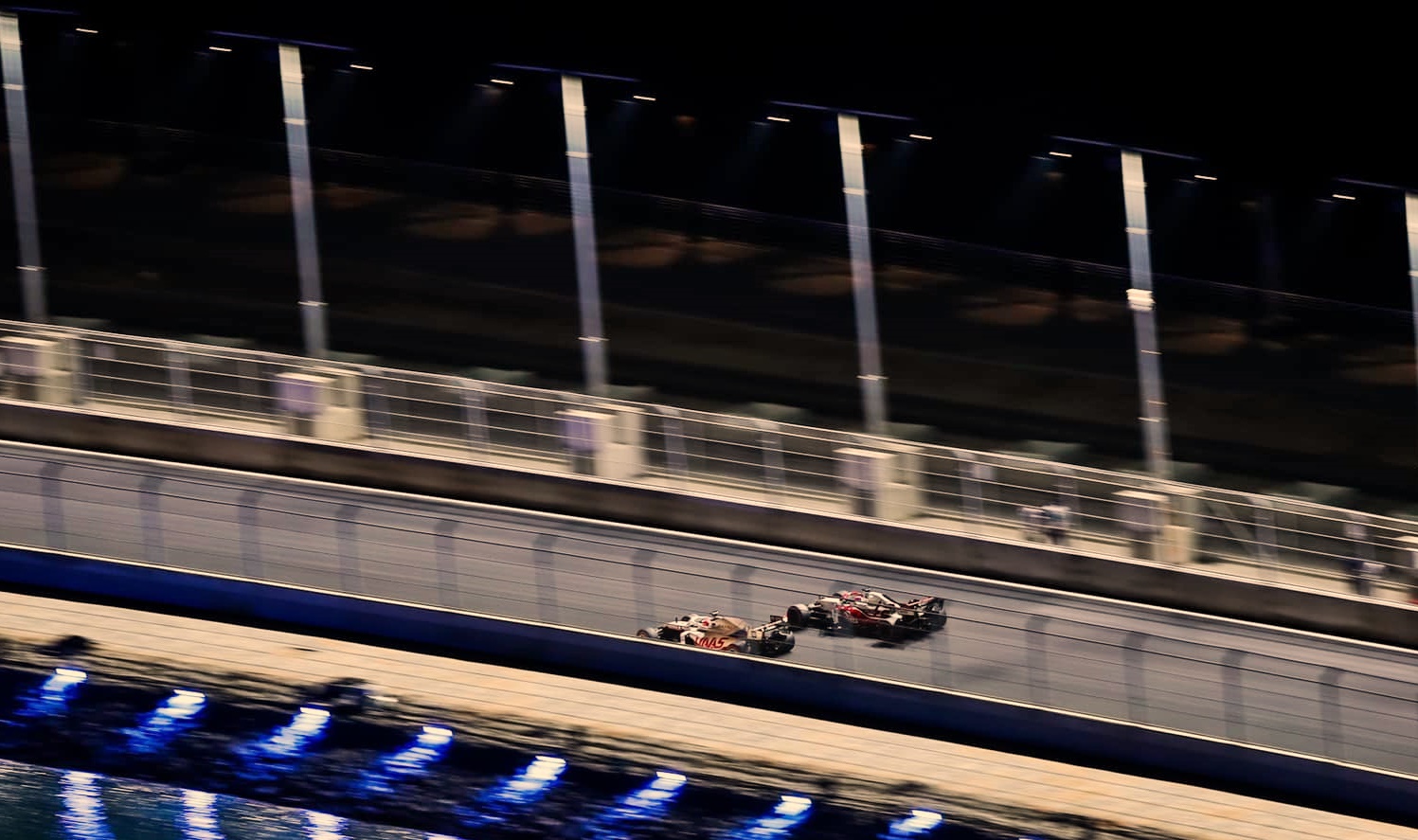 With the exceptionally high speeds, stopping power will be of great importance and the expert at Brembo have classified 2 braking sections as ‘very demanding’ on the brakes; 2 are of ‘medium difficulty’; and the other 3 are ‘light’. The hardest on the brake system is the last corner because the racing cars come to it after braking for the last time on turn 22 (they don’t have to brake in the other 4 corners). As they come onto Turn 27, the cars will be at around 317 km/h when the brakes will need to be used for 2.6 seconds. This is the time needed to slow down to 110 km/h. In the meantime, they cover a distance of 127 metres and the drivers experience 4.3g of deceleration. 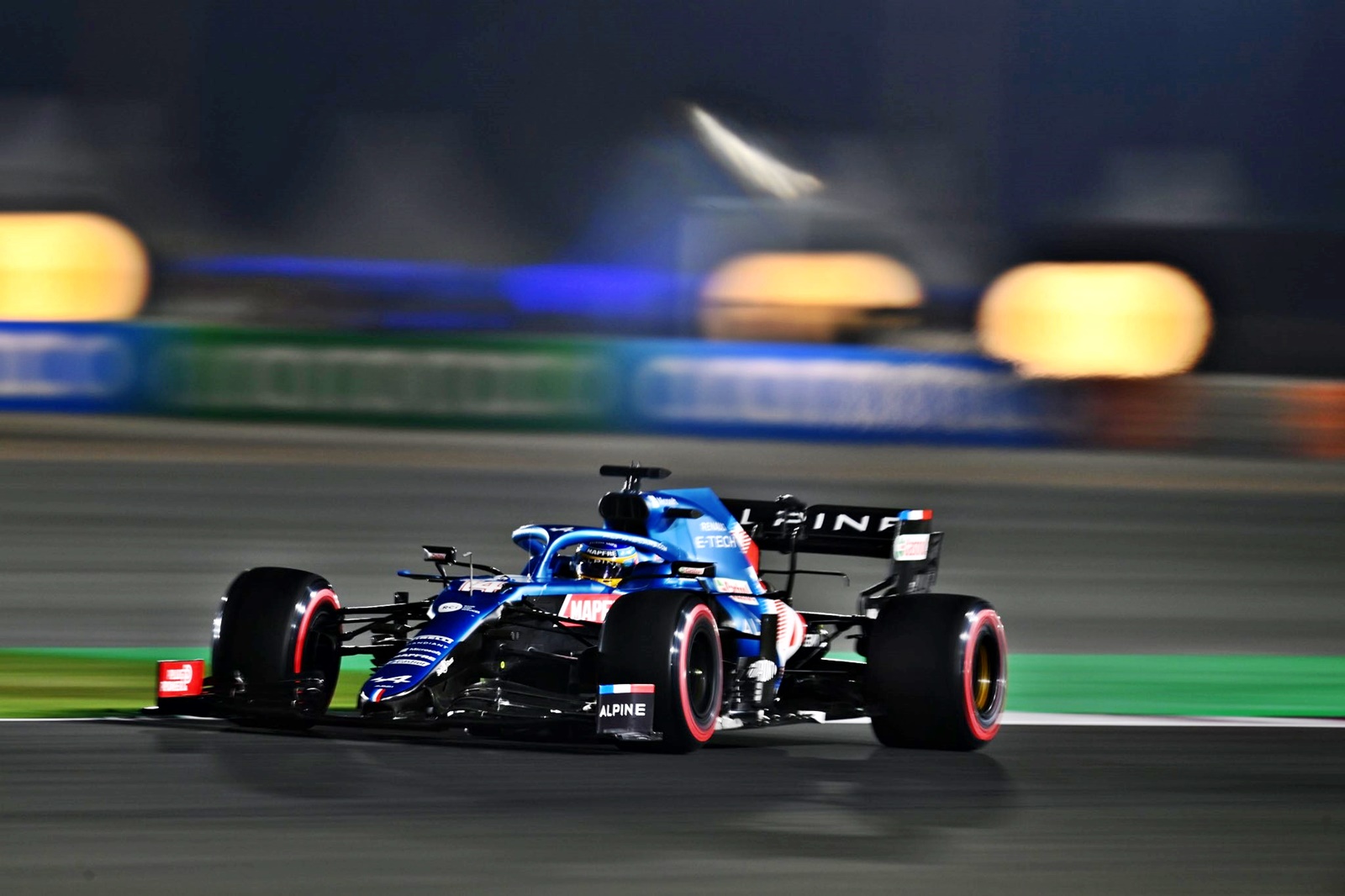 Can Verstappen be champion?
Following Lewis Hamilton’s victory in Qatar, Max Verstappen’s lead had been cut to just 8 points. The Red Bull Racing driver still has a chance to take the 2021 title and he must outscore Hamilton by 18 points. This requires the Mercedes-AMG driver to finish 6th or lower. Clocking the fastest lap with its precious point – and holding it till the end – will also be an important factor. If he finishes second with the fastest lap and Hamilton is down in 10th place at the end of the race, then the Dutchman can be confirmed as 2021 champion. 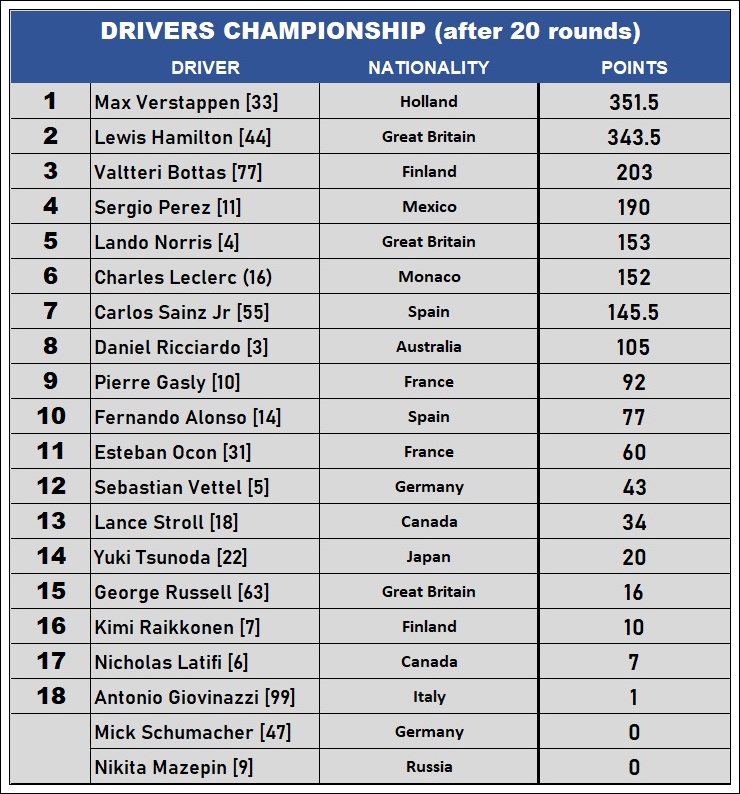 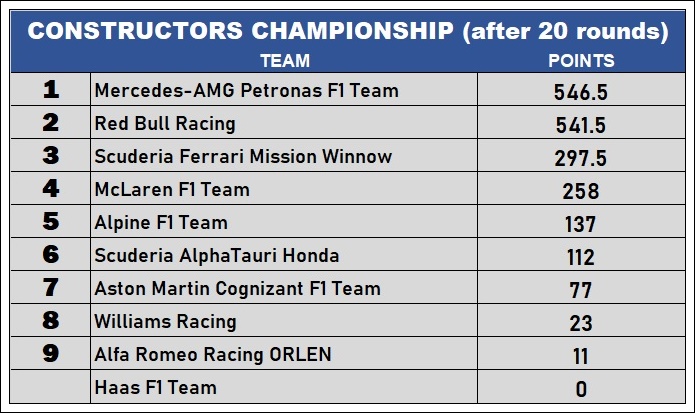 In the Constructors Championship, the gap is narrow – just 5 points – so the drivers of each team will be working hard to collect as many points as possible. Ferrari looks set to take third overall this year, with McLaren in fourth. 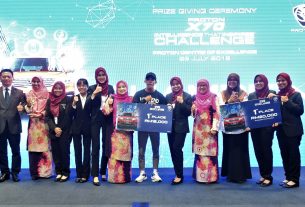 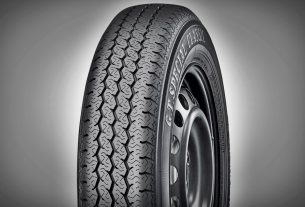 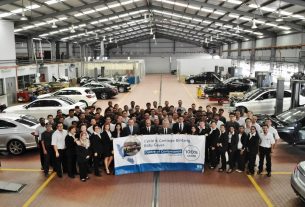