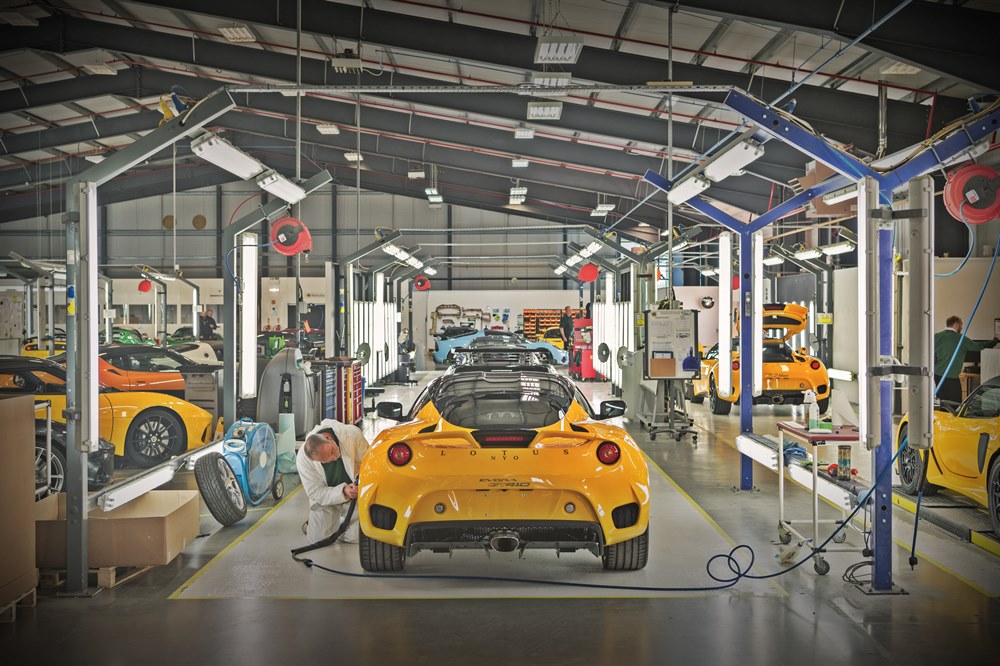 Just before Christmas, production of the Lotus Elise, Exige and Evora sportscars came to an end. Between these 3 model lines and over the course of 26 years, a total of 51,738 cars had left the factory in England. Combined, they represent almost half of the total production of Lotus in its 73-year history. In addition, 9,715 sportscars were built for Lotus’ third-party clients, including GM and Tesla. 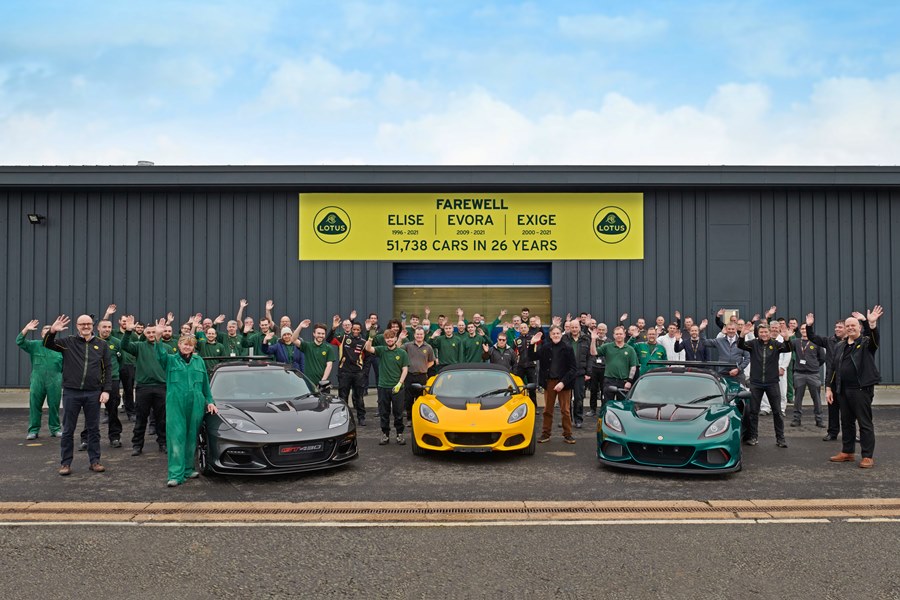 From 1996 to 2000, the first-generation Elise and Exige were built in a small assembly hall at the factory, alongside the Lotus Esprit. The current assembly lines, which were installed in 2000, will be dismantled and replaced with all-new state-of-the-art facilities in support of the factory for the new Emira factory. Full Emira production begins in the spring, after the prototype and test phases currently underway are completed, taking Lotus production into a high-tech and semi-automated era, and increasing capacity up to 5,000 units per year on a single shift. 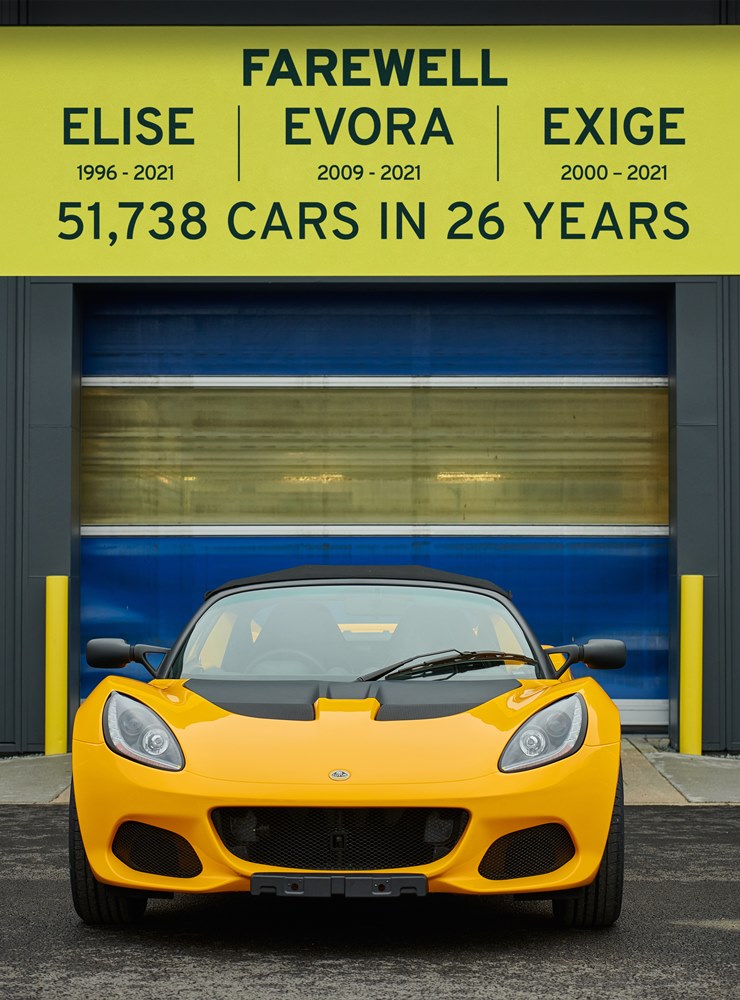 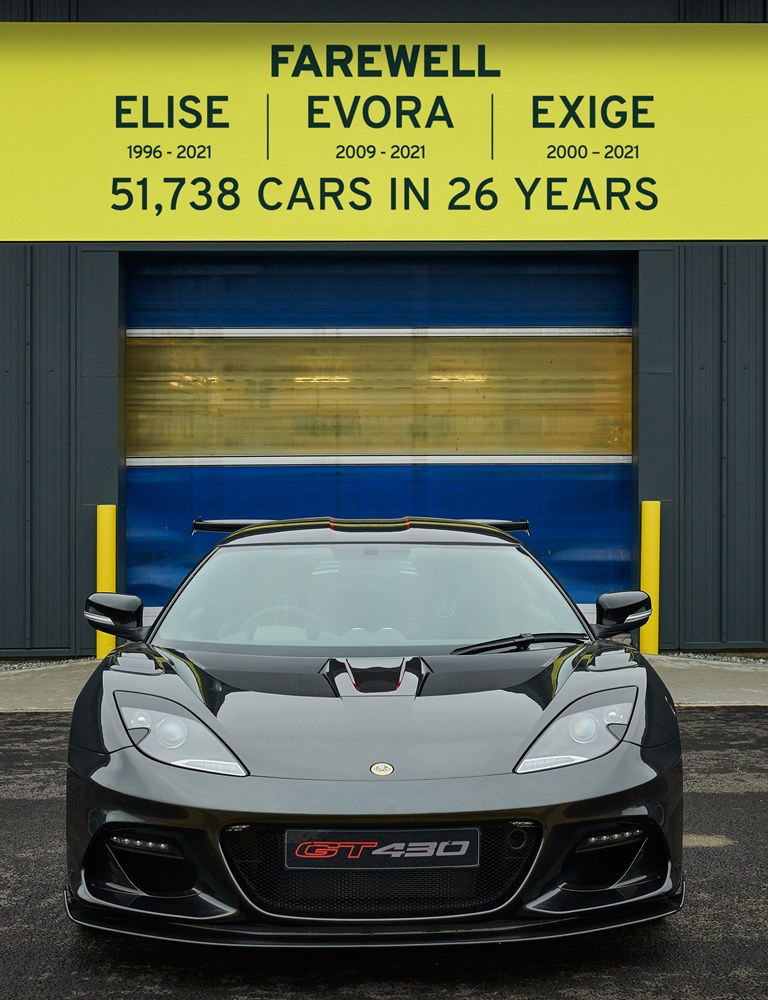 “The impact of these 3 cars has been spectacular over the years, technically, structurally and dynamically. But all technologies and innovations move on and, if you had asked me of my proudest moment 4 years ago, I would have, without hesitation, said the Elise chassis. However, this has been usurped by our new Project LEVA architecture for our new range of electric sportscars, starting with the Type 135 in a few years’ time. This is now the zenith of Lotus architectures as it has moved the technology game so much further. There is a lot to look forward to,”  said Richard Rackham, Head of Vehicle Concepts, who was vehicle architect on the Elise and part of the team that pioneered extruded and bonded aluminium technology in the automotive industry. 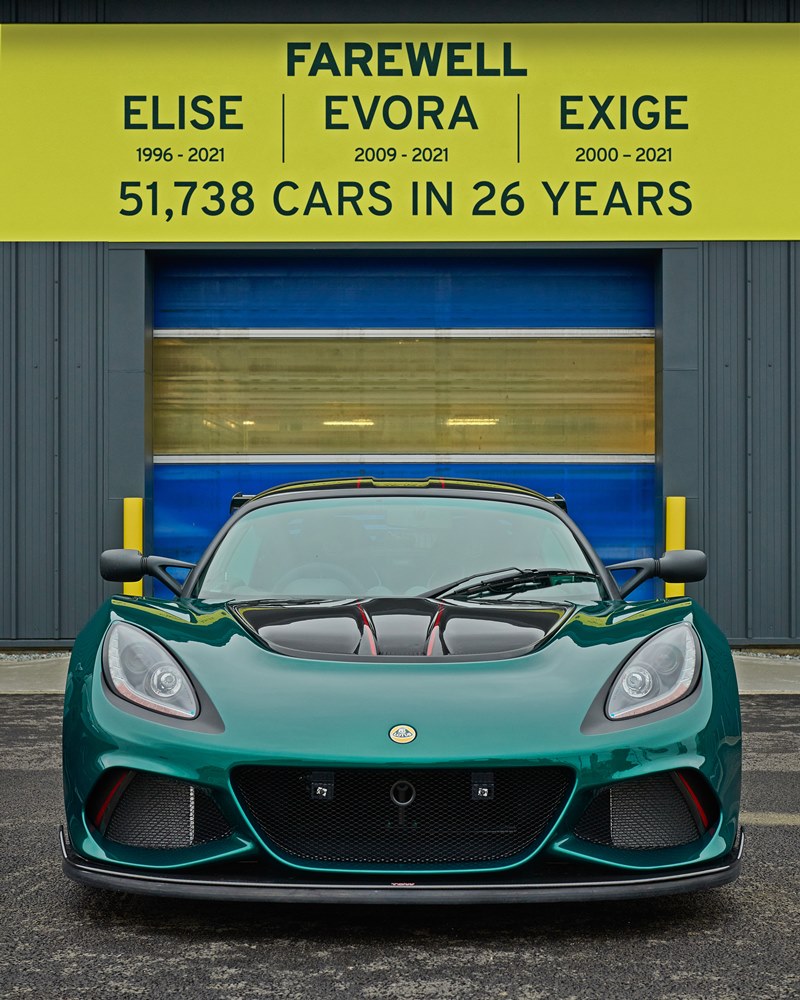 The Elise and Exige were built around the Lotus ‘small car platform’, notable for its light weight. On the same platform, and also manufactured by Lotus were the Opel Speedster/Vauxhall VX220 (7,200 cars built between 2000 and 2005) and the Tesla Roadster (2,515 cars built between 2007 and 2012). Therefore, including the Lotus 340R, Europa, 2-Eleven and 3-Eleven cars, this brings the total Lotus small car platform production volumes to 56,618 cars. 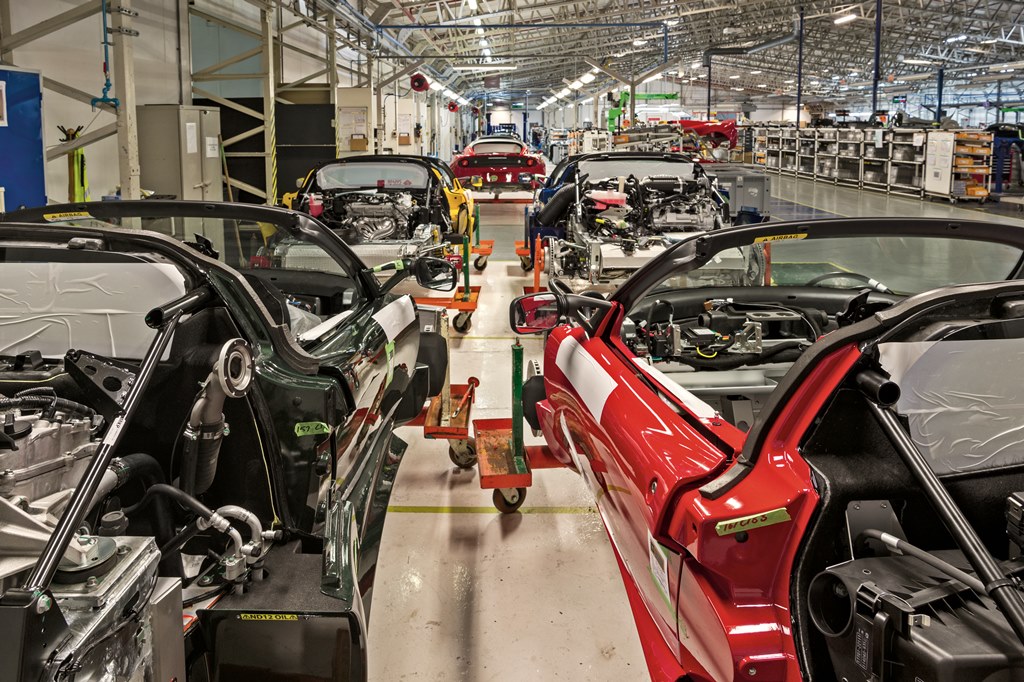 “These iconic cars have not only played a huge role in Lotus’ 73-year history but have also been ever-present in my daily life. Together with the Lotus design team, I have lived and breathed these cars for over 26 years. We will miss them, but a bit like Christmas, once it’s over, the excitement for the next one starts to build – and that’s what’s happening now at Lotus with the Evija, Emira and forthcoming Type 132. 2022 is going to be a great year as a new Lotus generation swings into action,” said Gavan Kershaw, Director of Vehicle Attributes.

Next out of the Lotus stable will be the Emira, a brand new mid-engineered sportscar. Unveiled last July and on a world tour ever since, it is confirmed to be the last petrol-powered car from the British carmaker. After the Emira will come the first electric Lotus – the Evija hypercar which will be the most powerful production car in the world – and then the all-electric Type 132, Lotus’ first SUV, which will be revealed to the world in early 2022.