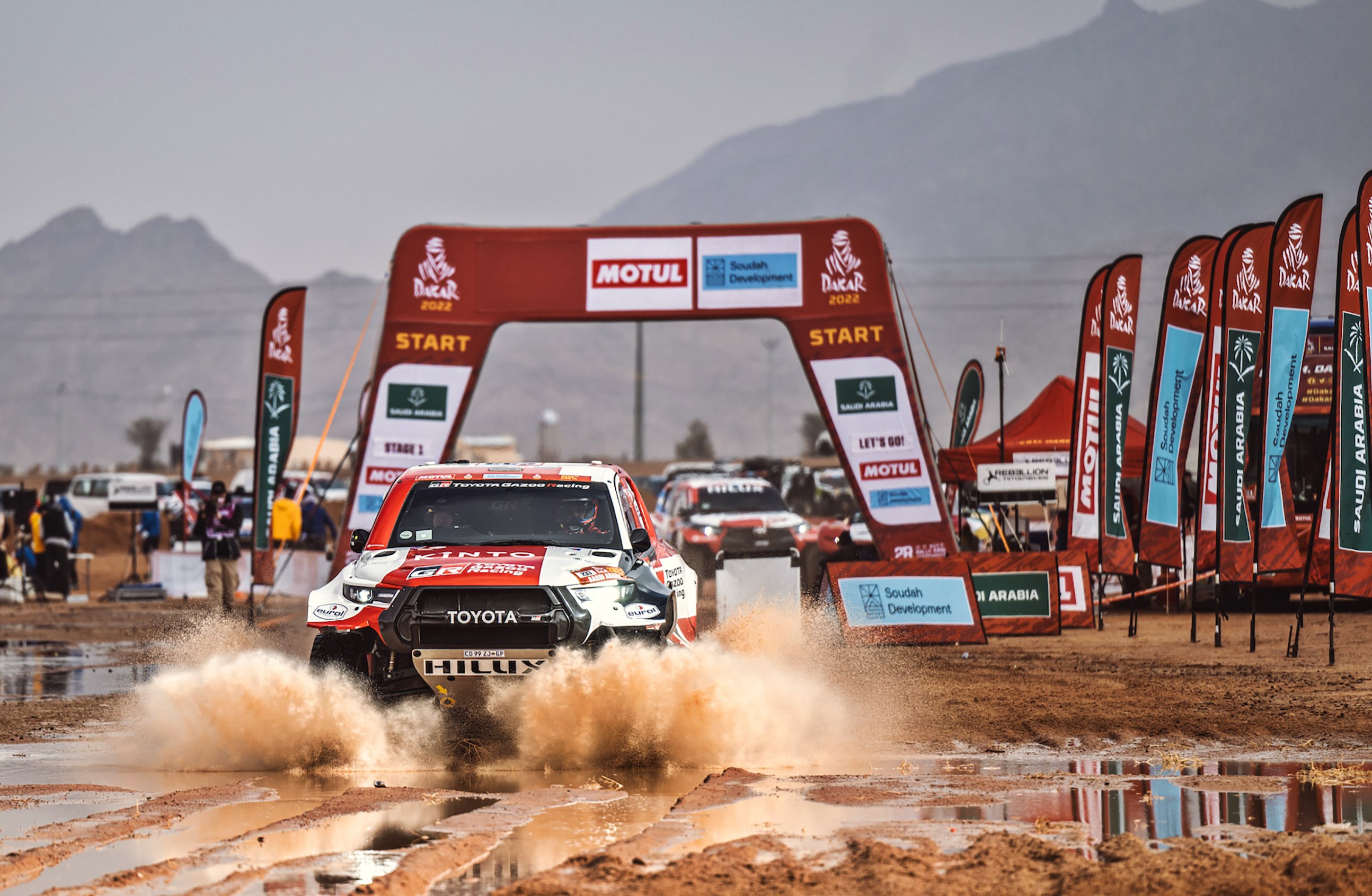 Ever since the Dakar Rally moved to Saudi Arabia from South America in 2020, Nasser Al-Attiyah has been trying harder to win the event as it is now held in the Arab world. He came very close to doing so in 2020 and 2021 and this year, again driving for TOYOTA GAZOO Racing, he finally captured the crown. The victory would also be a fitting welcome for the new President of the FIA, Mohammed Ben Sulayem from the United Arab Emirates, a former top rally driver. 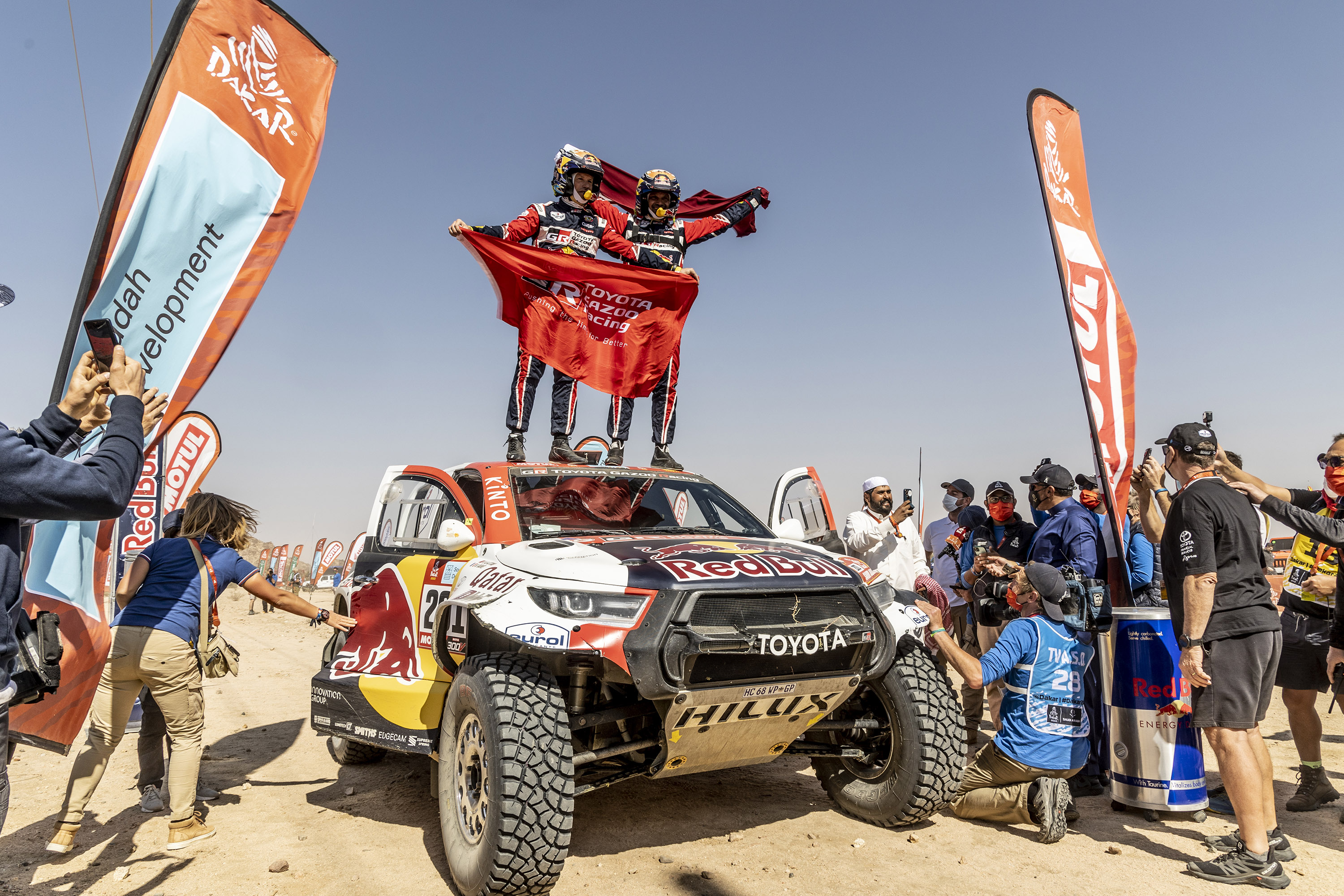 This is the Qatari driver’s second victory for the team, having previously won the event in 2019. It is the fourth Dakar win for the ‘Prince of the Desert’, as the rally community has nicknamed him, the others being in 2011, 2015 and 2019. In the two earlier events, he was driving a Volkswagen and a MINI. Besides being a skilled rally driver, Al-Attiyah, 51, has also represented his country in clay pigeon shooting in the Olympics.

The result makes Al-Attiyah the second-most successful driver in the history of the event’s cars category, tied with Finland’s Ari Vatanen and only behind Stephane Peterhansel’s tally of 8 wins. 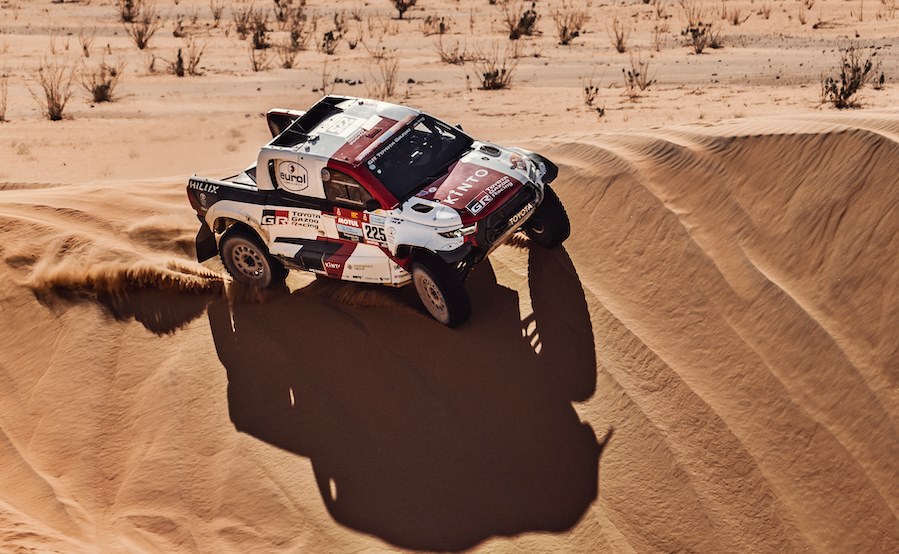 The vehicle they drove was the new GR DKR Hilux T1+ which conforms to the updated regulations for the T1 category. It features larger wheels and tyres, more wheel travel, and the 3.5-litre twin-turbo V6 engine that also powers the new Land Cruiser 300 GR Sport. The truck shares components with the race-proven Hilux that was first introduced in 2018, and won the race in 2019.

For Al-Attiyah and co-driver Mathieu Baumel, the final stage presented few real problems, despite challenging navigation. The pair had taken the lead in the rally during the opening stage of the event and were never in danger of relinquishing that position. They won the prologue for the 2022 edition of the rally on January 1, and powered to two more stage wins on their way to overall victory. 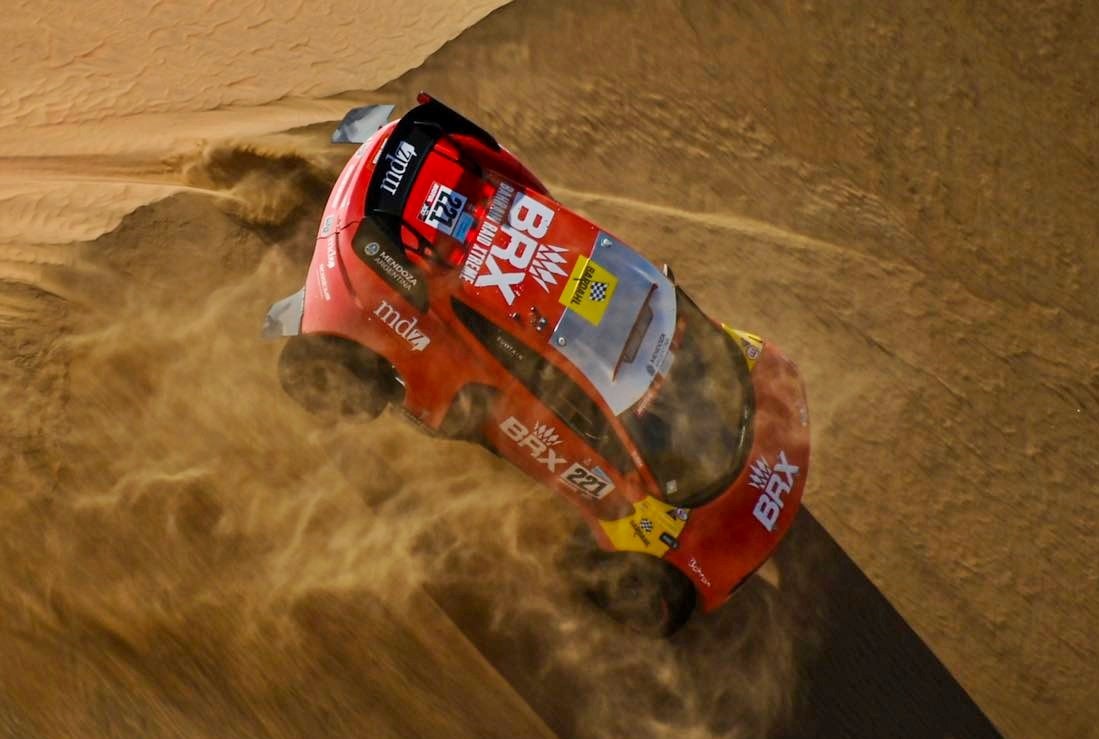 Their closest rival and runner-up were the pair of Sebastien Loeb and Fabian Lurquin of the ProDrive/Bahrain Raid Xtreme team which finished 27 minutes 46 seconds behind. However, the 9-time WRC champion from France lost 50 minutes in the early part of the rally with a broken driveshaft. Loeb did manage to bring the gap down to under 30 minutes by the end of the penultimate stage – before a penalty for speeding undid part of his good work.

Saudi Arabians were delighted to see their countryman also on the podium as Yazeed Al-Rajhi (below) with Michael Orr of the Overdrive Toyota team finished third. They had pushed their Toyota Hilux hard but were realistic enough to aim for second and lost out to Loeb by about 34 minutes. 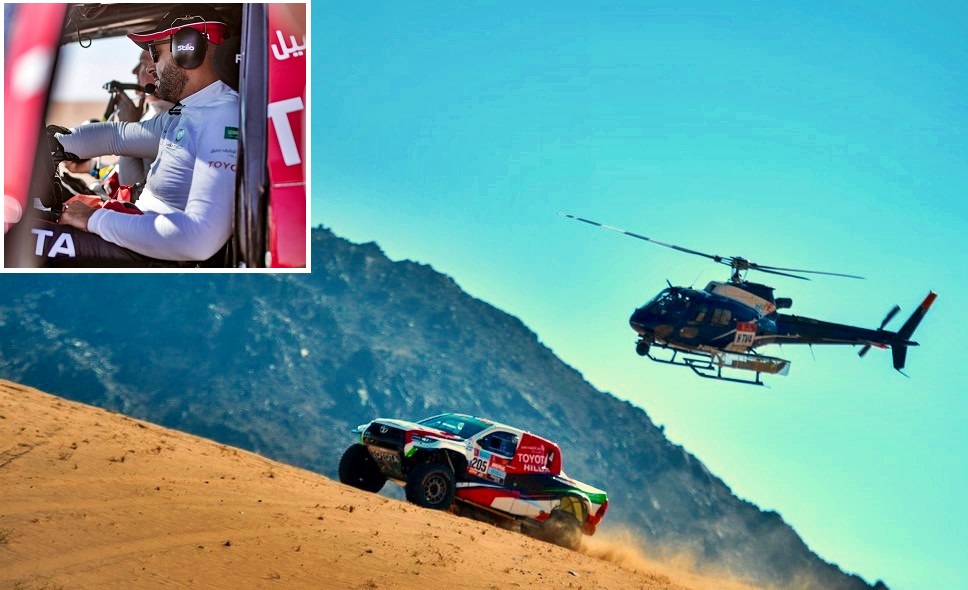 A 16-time Dakar Rally participant, Orlando Terranova finished an impressive 4th to give the ProDrive/Bahrain Raid Xtreme team a finish among the Top 5 in the category.  For South Africans Giniel de Villiers and co-driver Dennis Murphy, there were many highs and lows as the fought their way to 5th place, giving TOYOTA GAZOO Racing two placings in the Top 5 finishers.

For the Audi Sport team, no stranger to off-road events, the Dakar Rally saw the most complex racing car in the brand’s history taking part. All three electrically-powered RS Q e-tron rallycars completed the event to usher in a new era in off-road rallying. The best-placed crew was Mattias Ekstrom/Emil Bergkvist who finished ninth, with team mates Carlos Sainz/Lucas Cruz and Stephane Peterhansel/Edouard Boulanger finishing 12th and 57th, respectively.In the big trucks category, the Russian truckers have always been favourites. They have collected 18 victories with 6 different drivers since the 21st century began. Each of the 4 men at the wheels of the blue trucks has claimed at least one stage, leaving nothing for the competition. Reigning champion Dmitry Sotnikov defended his title and led the Kamaz team to a 1-2-3-4 finish. 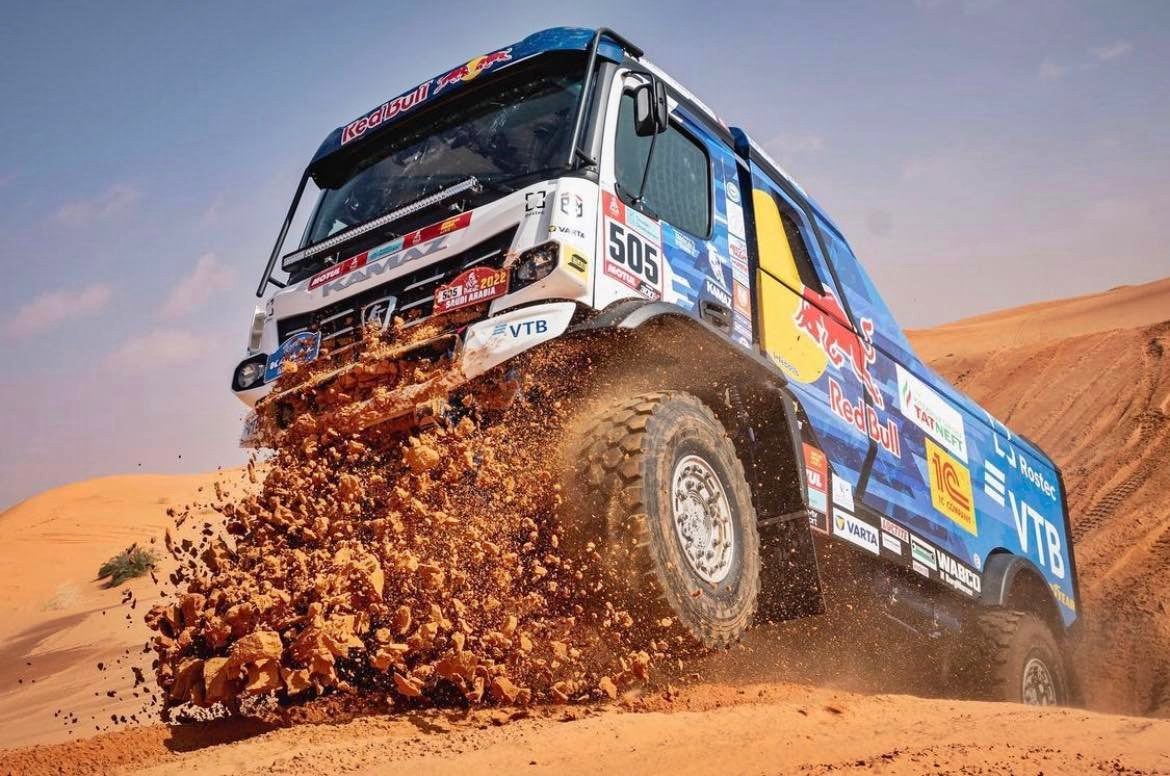 For the Audi Sport team, no stranger to off-road events, the Dakar Rally saw the most complex racing car in the brand’s history taking part. All three electrically-powered RS Q e-tron rallycars completed the event to usher in a new era in off-road rallying. The best-placed crew was Mattias Ekstrom/Emil Bergkvist who finished ninth, with team mates Carlos Sainz/Lucas Cruz and Stephane Peterhansel/Edouard Boulanger finishing 12th and 57th, respectively.

Unlike the World Rally Championship events, the Dakar Rally requires navigation and a number of competitors had difficulties in some stages, losing a lot of time. Mechanical problems were, of course, to be expected in the world’s toughest cross-country race that had around 4,261 kms of competitive stages this year.

Dakar 2022 was the 44th edition of the iconic event, which first took place in January 1978. Until 2007, the event ran from Paris to Dakar on the western side of Africa. But with terrorists causing security issues, the 2008 event had to be cancelled and from 2009, it was run on the western side of South America, while retaining the original name. 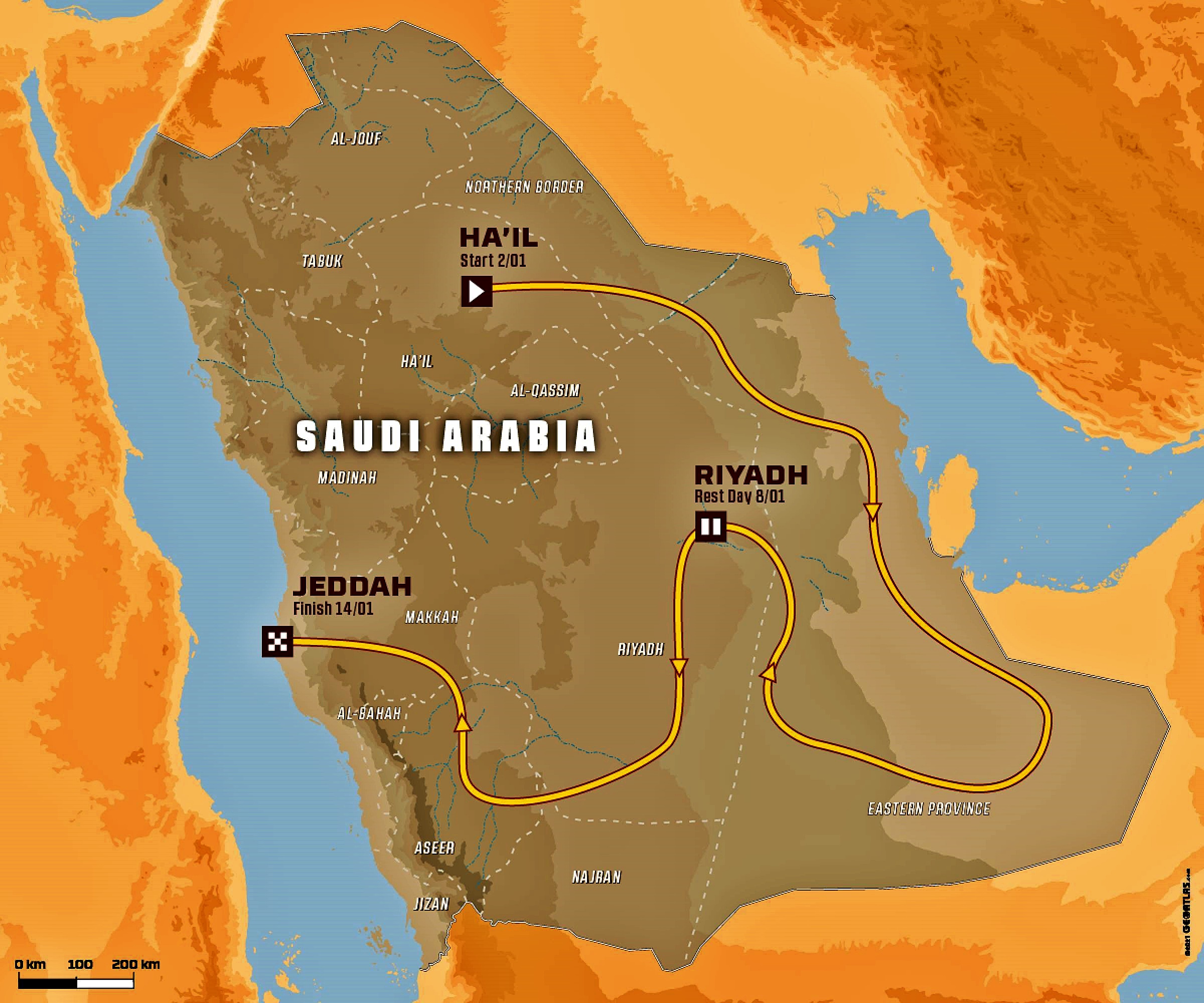 The participants, mostly based across the Atlantic, were unhappy with the long distance from Europe and resulting high costs of logistics. This led to the event being moved to Saudi Arabia in 2020.

The 2022 event also had a suspected terrorist attack when, 2 days before the start, a support vehicle belonging to one of the teams had a blast through its floor near a hotel in Jeddah. One of the participants in the event, Frenchman Philippe Boutron, was seriously injured as he was in the vehicle. French security services said they would investigate the incident and at one point, it appeared that the event might be cancelled but the organisers did not stop it.