For almost 70 years, the original Land Rover Defender remained in essentially the same form, altered only slightly but the basic design was untouched. It was a functional form that would become iconic and epitomise off-road vehicles that could go just about anywhere. It came to also be the Land Rover symbol throughout the world, even in the most remote places where few motorised vehicles travelled to.

With a vehicle such as the Defender, the periodic change in appearance that customers of passenger cars expect was unnecessary. Its shape was ‘timeless’, and the longer it was retained, the happier owners were because body parts became more and more readily available, not rendered obsolete by frequent changes in design. What was more important to them were technical improvements that extended the capability of the Defender or made it even more durable than it already was. 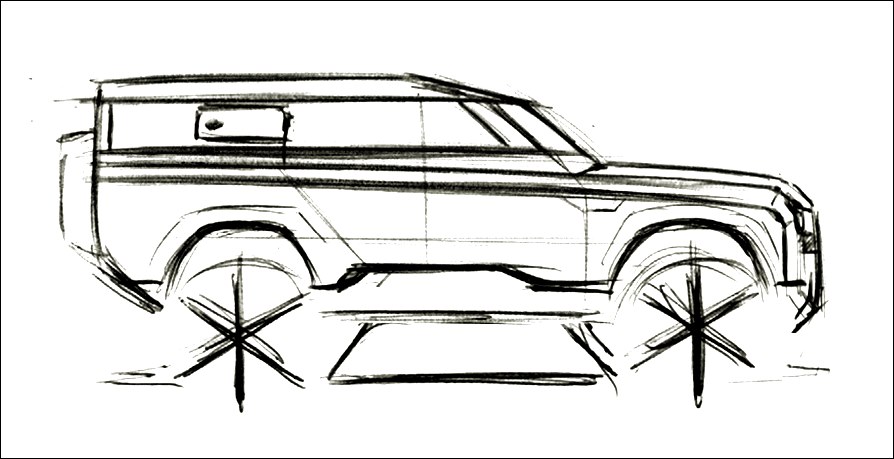 But as Henry Ford found out, changes in the world also impact the auto industry. His Model T achieved greatness and he thought it could continue to be in demand ‘forever’, but it eventually had to end. It was the same with the original Volkswagen Beetle too. Indeed, the world had changed greatly from the time the original Defender was created in the late 1940s as a simple transporter, primarily for farmers and for military use.

The change was especially apparent towards the end of the 20th century as off-road vehicles became popular as ‘sport utility vehicles’ or SUVs. By the time the 21st century started, this segment of the market began to heat up and was flooded with new models. It was time for the Defender to also change. 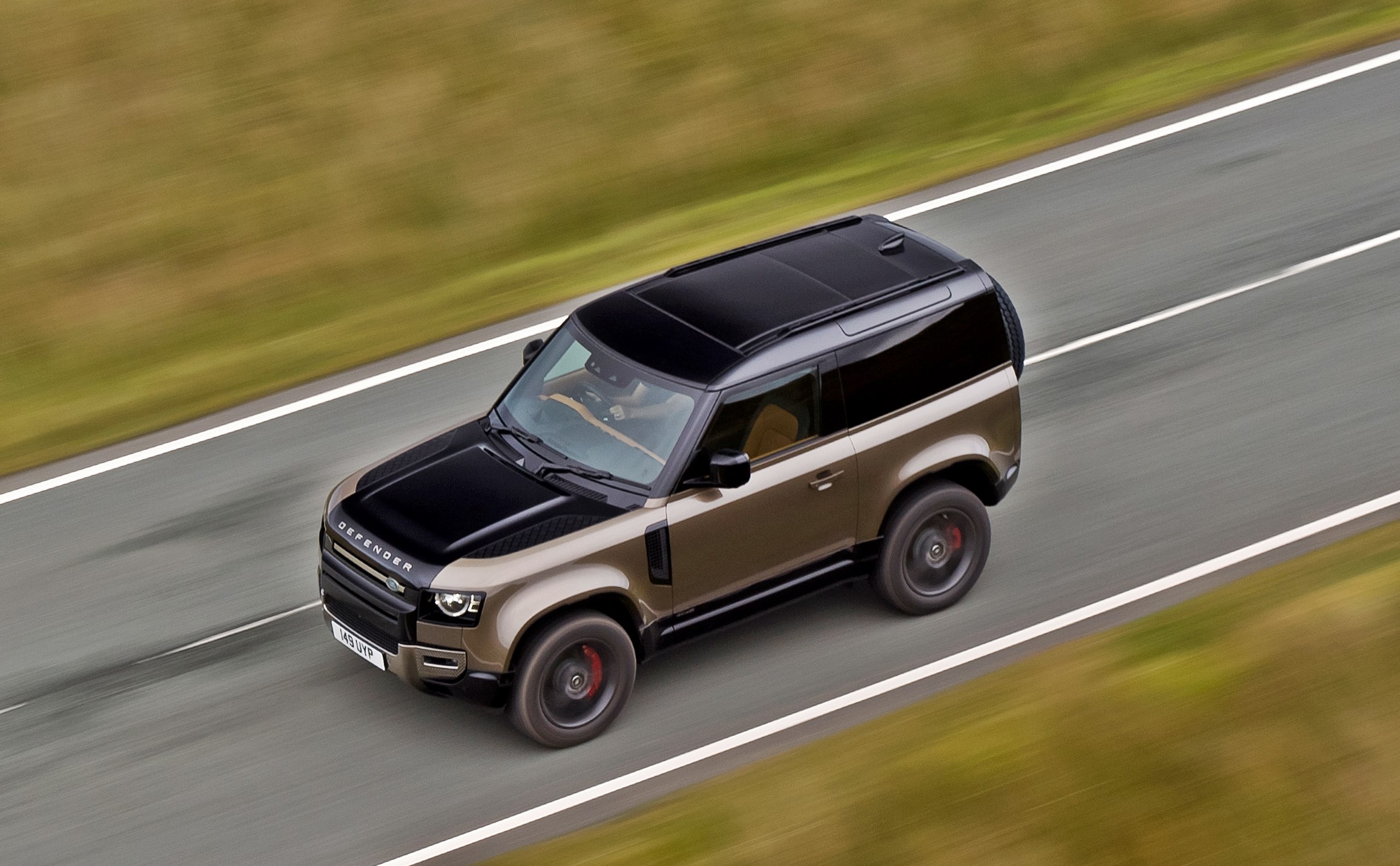 The Defender was still much respected and in some respects, it was also superior in capability. But there was a new generation of customers who liked the idea of an off-road vehicle for its rugged image and capabilities, and they also wanted something more modern and akin to the newer range of models from Land Rover.

While the classic design had a certain appeal (and still does), it was time to consider a modernised version and this was one of the great challenges that faced Professor Gerry McGovern and his team. McGovern, the Chief Creative Officer at Jaguar Land Rover, is the ‘Guardian of Land Rover DNA’ and for something as iconic as the Defender, ensuring that a reimagined product would be immediately recognisable was very important. It had to be a worthy heir to the original and not a hastily developed successor.

Over the years, Land Rover had given thought to a successor to the Defender. The most well known was the DC 100 Concept of 2011 which signalled the company’s willingness to produce a new generation. While many think that the New Defender evolved from that concept, it actually is not so and largely served to generate discussions which McGovern paid attention to.

While the DC 100’s looks were exciting – as a showcar should be – it was too much of a departure from the original design and that was something McGovern understood and agreed with. A new design would need to be recognisable as a Defender while incorporating modernity and functionality.  Needless to say, it had to still be able to live up to the ‘Best4x4ByFar’ promise – and it had to be authentic.

It was clear to the design team that respect for origins was very important, to the traditionalists as well as the modern buyers who expected a more premium product that was rather different from the original which was pure function and simplicity. There was a need to have the elements that said ‘Defender’ with a modern style that would bring it into the 21st century, redefining the adventure vehicle. 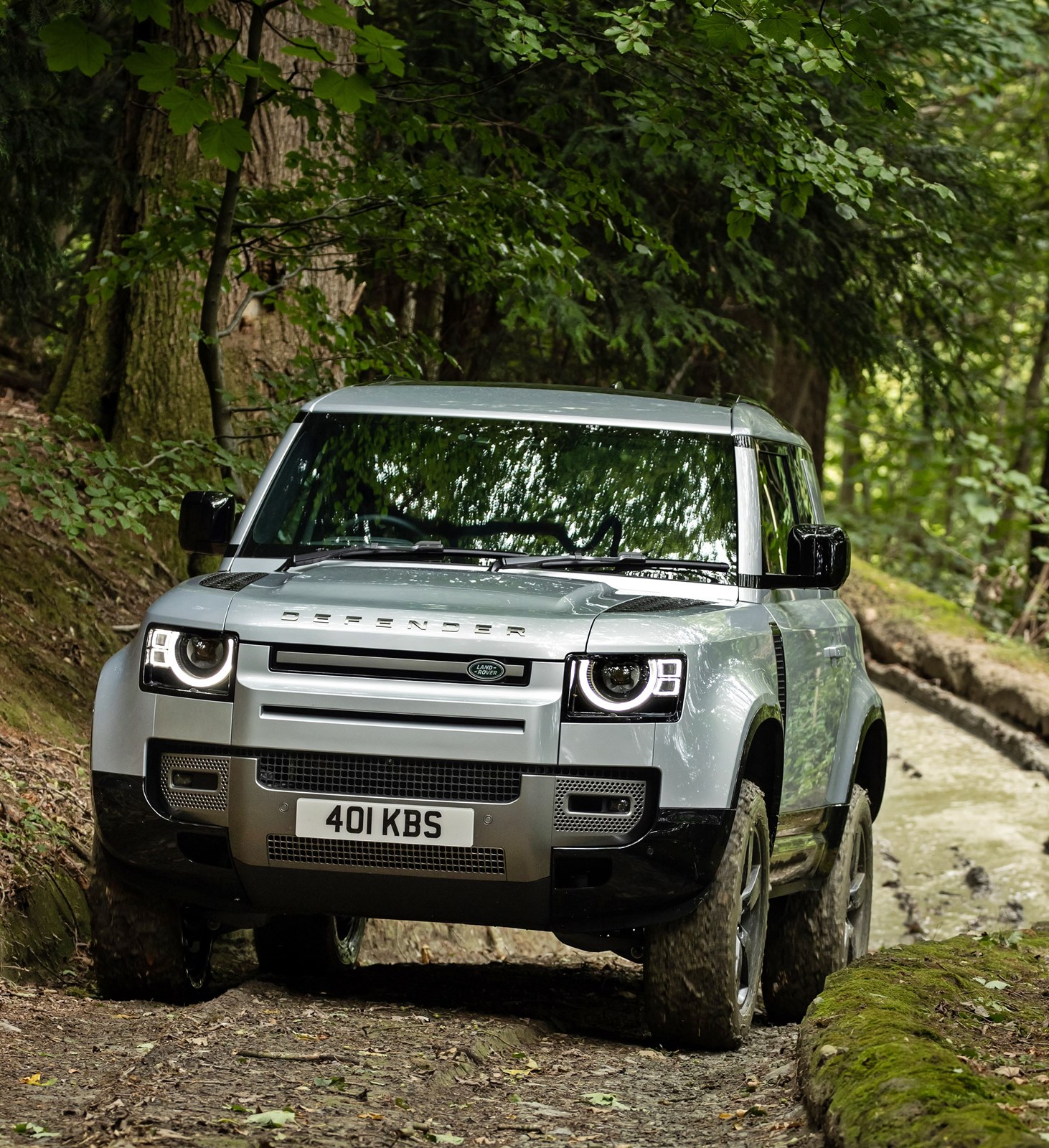 The most significant element is the profile with the large cubic form for the cabin, and the smaller cube at the front end. There is also the characteristic line of the roof, the shoulder running along the sides, and the distinctive wheelarches. The overhangs are also short and of course, there is the elevated position from the ground. There’s even the familiar Defender trademark Alpine light windows in the roof. The rear too has a lot of ‘Defender’ to it, with the spare tyre mounted on the very vertical door that is hinged at the side rather than the top.

“The new Defender is respectful of its past but is not harnessed by it. This is a new Defender for a new age. Its unique personality is accentuated by its distinctive silhouette and optimum proportions, which make it both highly desirable and seriously capable – a visually compelling 4×4 that wears its design and engineering integrity with uncompromised commitment,” said McGovern. 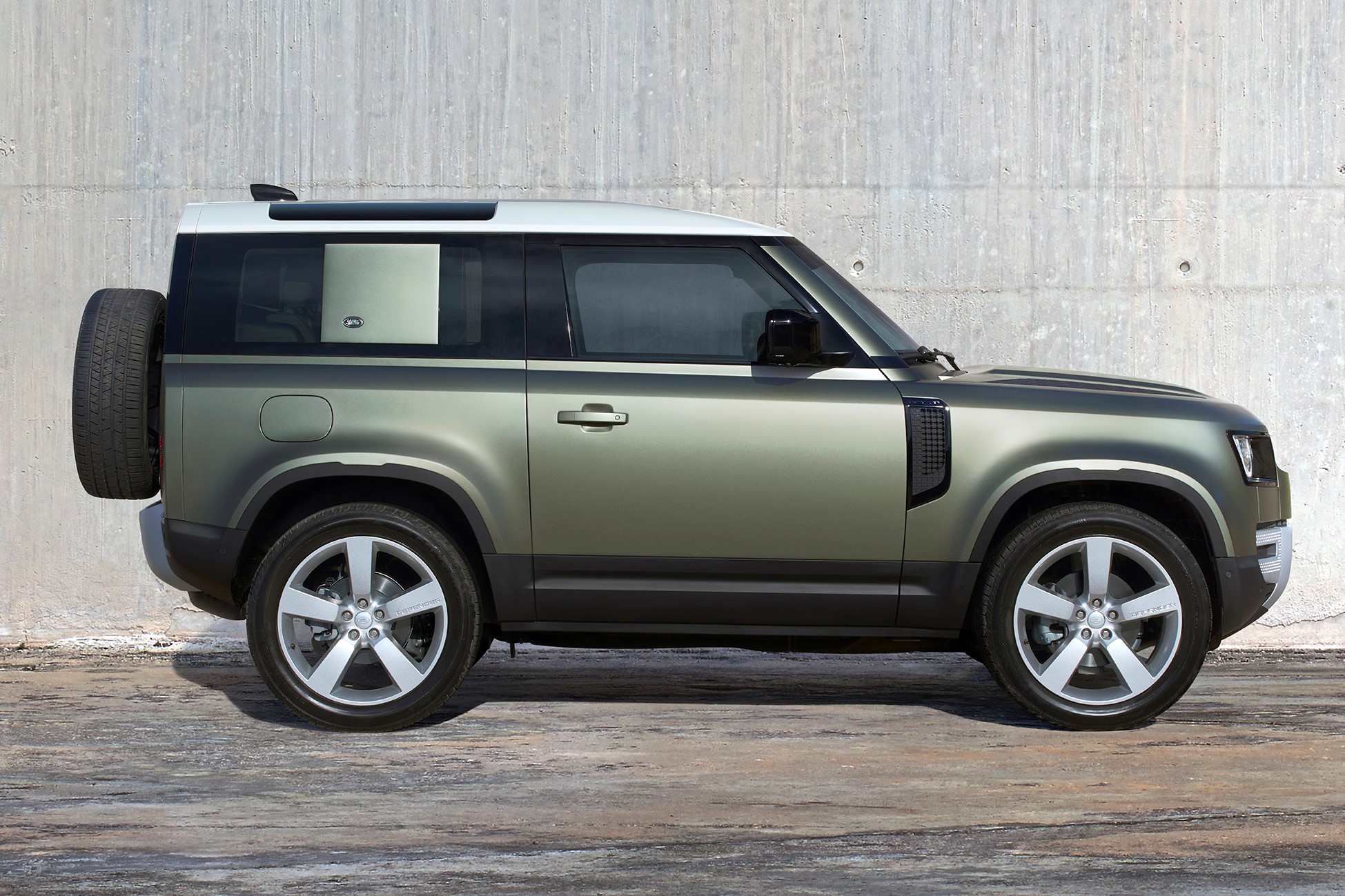 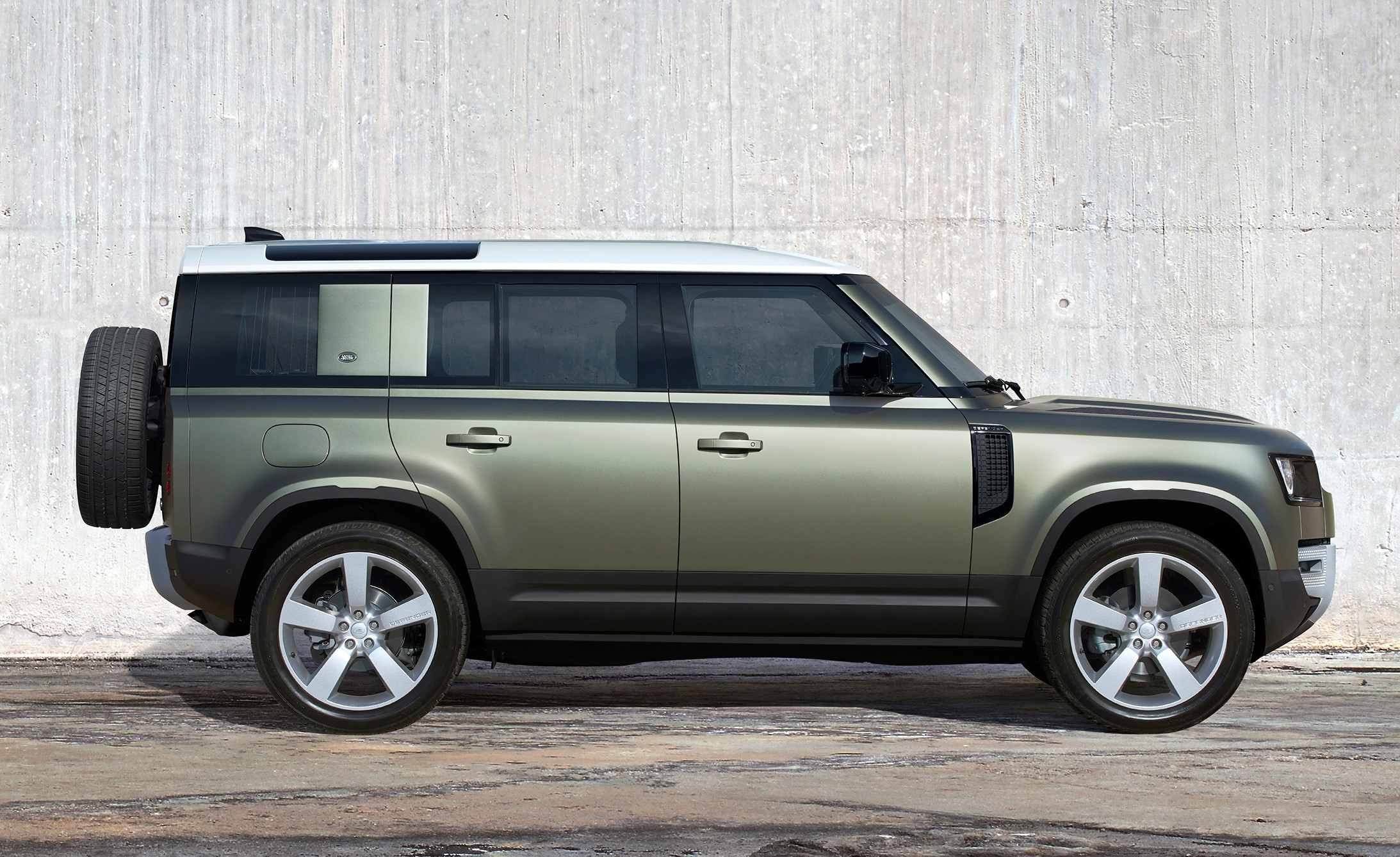 Over the decades, the Defender had grown from being just a simple canvas-topped vehicle with limited space to become a larger and longer vehicle for different requirements. While there have been numerous conversions to create custom versions, there have essentially been two official sizes for the Defender – the longer 110 version and the short 90 version. These have been retained for the New Defender and the difference in length is 435 mm and two doors less for the shorter version. Each version is aimed at a different target group with the option of 5, 6 or 5+2 seating in the 110 and up to 6 seats in the 90.

The design work took some 6 years to reach finalization because of the constant reviewing and insistence on authenticity. The resultant design that is in showrooms today has an expression that is neither too aggressive nor too informal. It is not as ‘hard’ as the original and yet has a silhouette that is distinctly different enough from the many other SUVs on the road. As McGovern put it, the New Defender has been ‘inspired by the original, but not constricted by the past’. 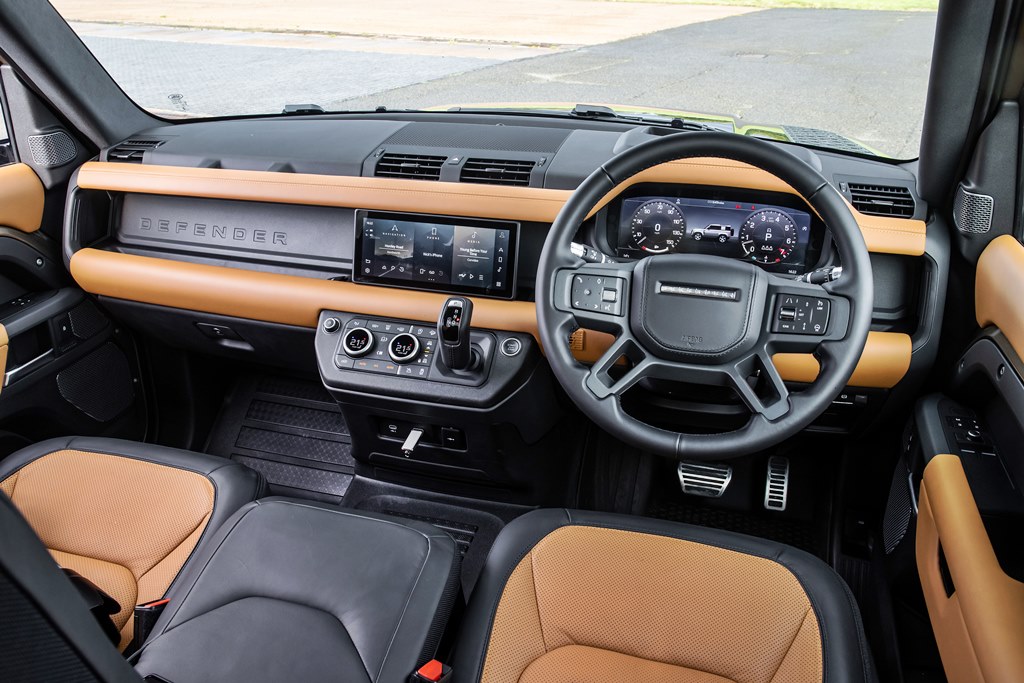 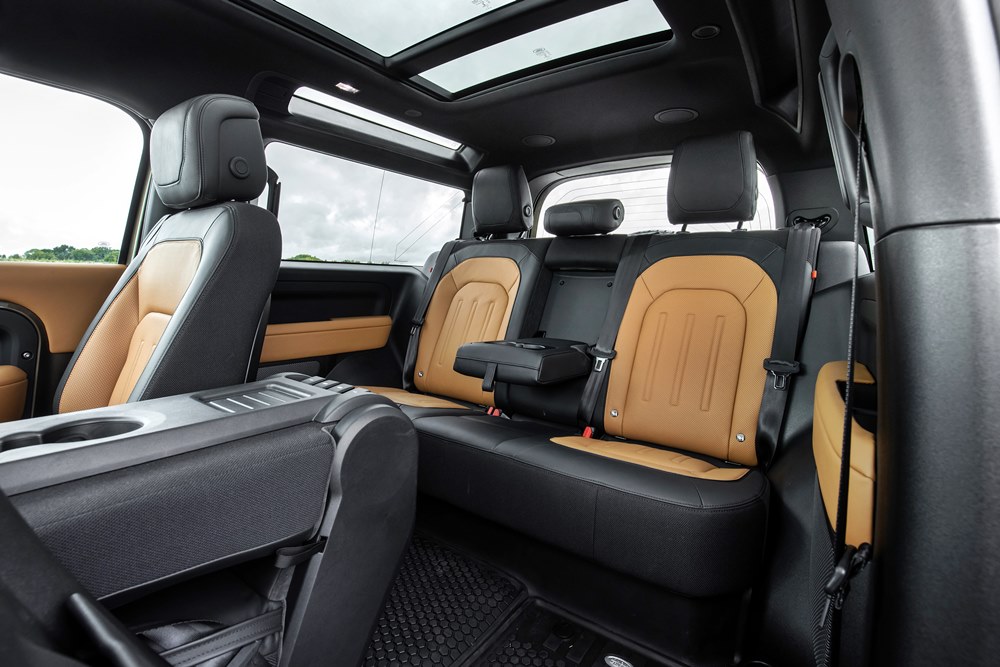 Inside, the cabin design departs more significantly from the original Defender, though exposed structural elements and superior functionality are very much in evidence. The interior has been thoroughly modernised in the same fashion as the original Discovery of the late 1980s which marked Land Rover’s move into the premium segment (Range Rover notwithstanding). At that time, Land Rover invited Conran, a well known interior design specialist, to create an innovative new cabin that would set the standards for models that followed.

The New Defender not only has a premium look and feel with high quality materials used throughout but it also has genuine 21st century technologies with user-friendly features. The cumulative experience of designing for adventurers has been combined with providing for today’s SUV buyers who want comfort and convenience, endowing the New Defender with a cabin environment and comfort that is unmatched in its class, 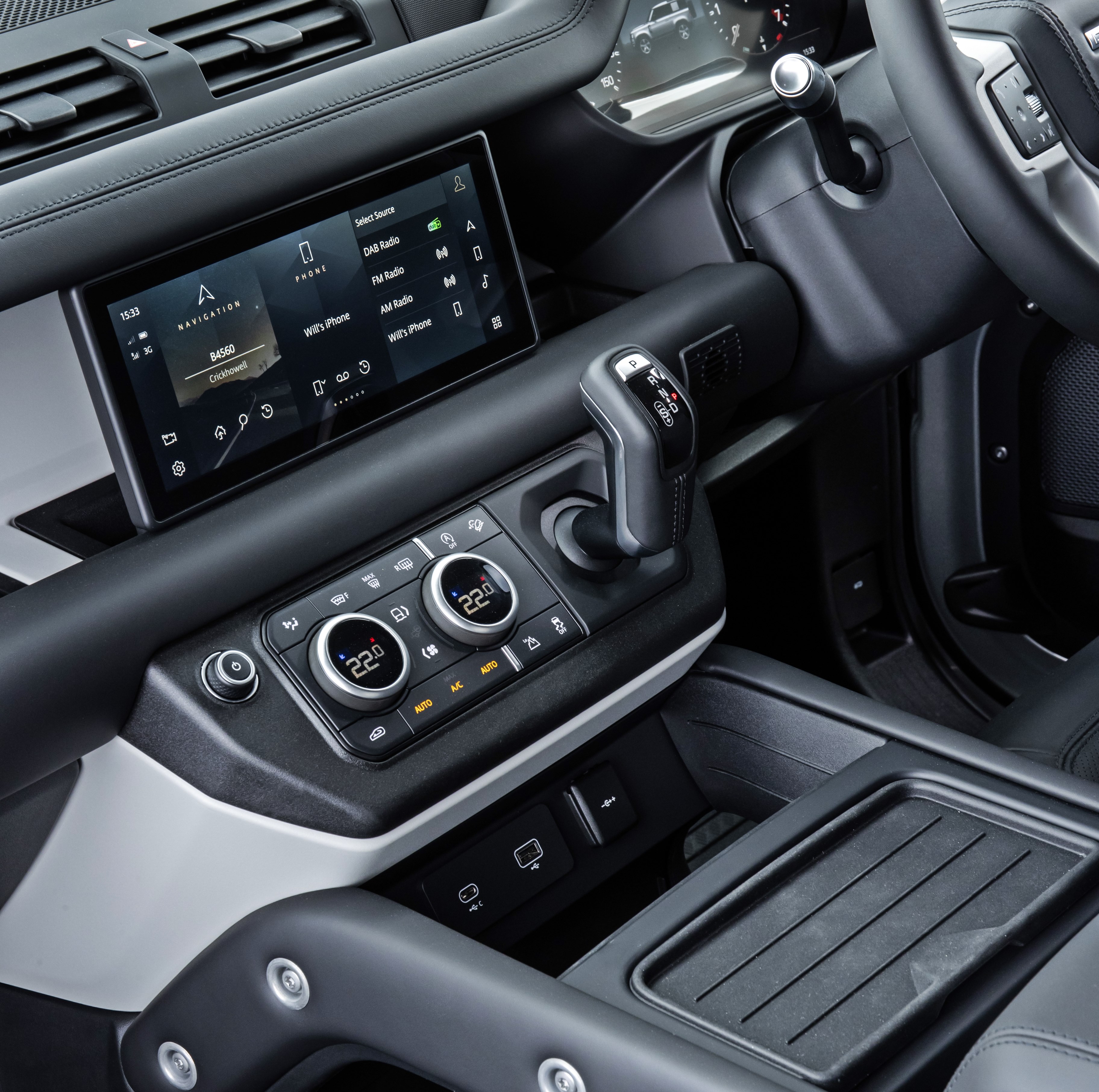 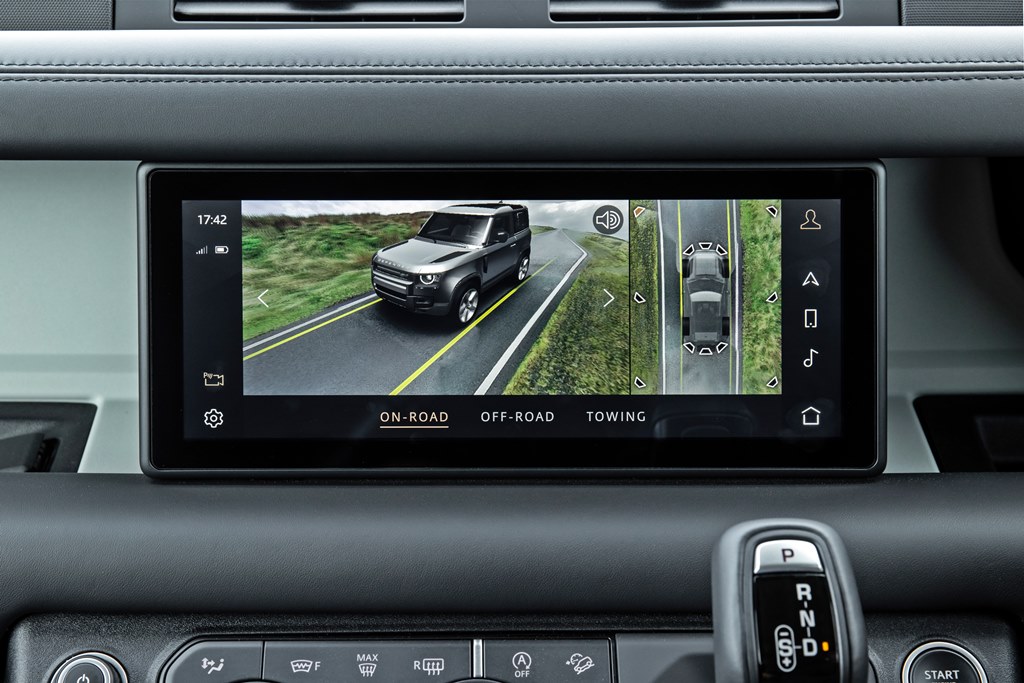 Essentially, virtually all elements around the cabin have a functional role. These include the state-of-the-art Pivi Pro infotainment system with a next-generation 10-inch touchscreen. The operation is more intuitive and user-friendly, requiring fewer inputs to perform frequently used tasks. Pivi Pro has been designed to be operated like a smartphone, which almost everyone would be familiar with. It can be customised to user preference and is integrated with other displays on the magnesium dashboard.

With Pivi Pro, Land Rover has completely changed its approach to infotainment systems. Having its own back-up battery allows the system to load immediately following engine start. Two high-performance Qualcomm Snapdragon processors with individual integrated LTE modems and Blackberry QNX operating systems provide supercomputer performance and can be updated ‘over the air’ (meaning no need to go to a service centre for the job). 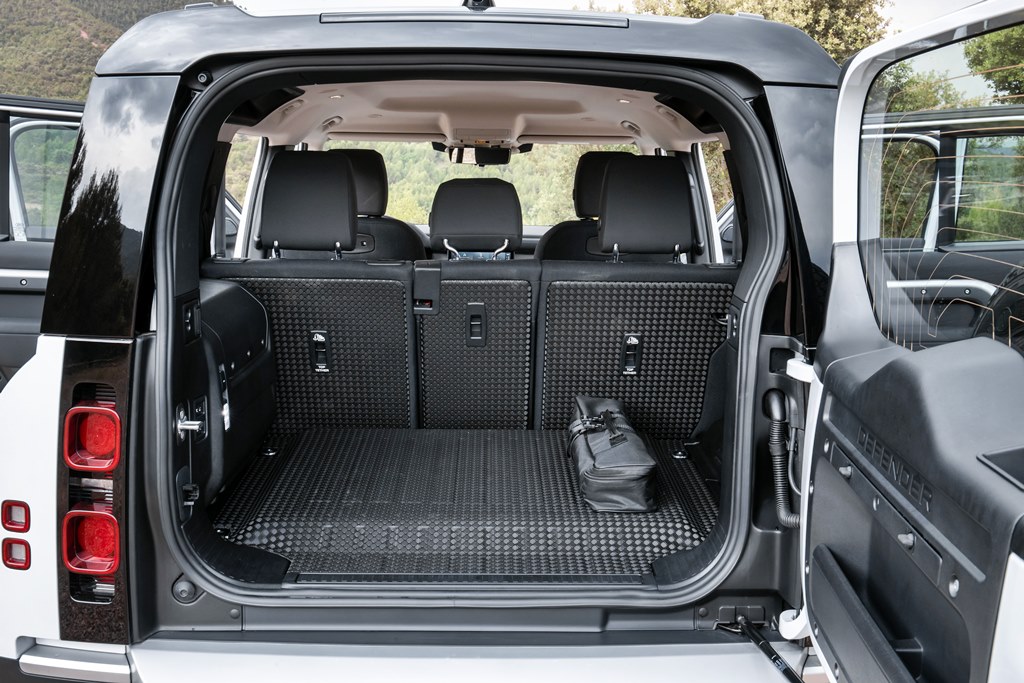 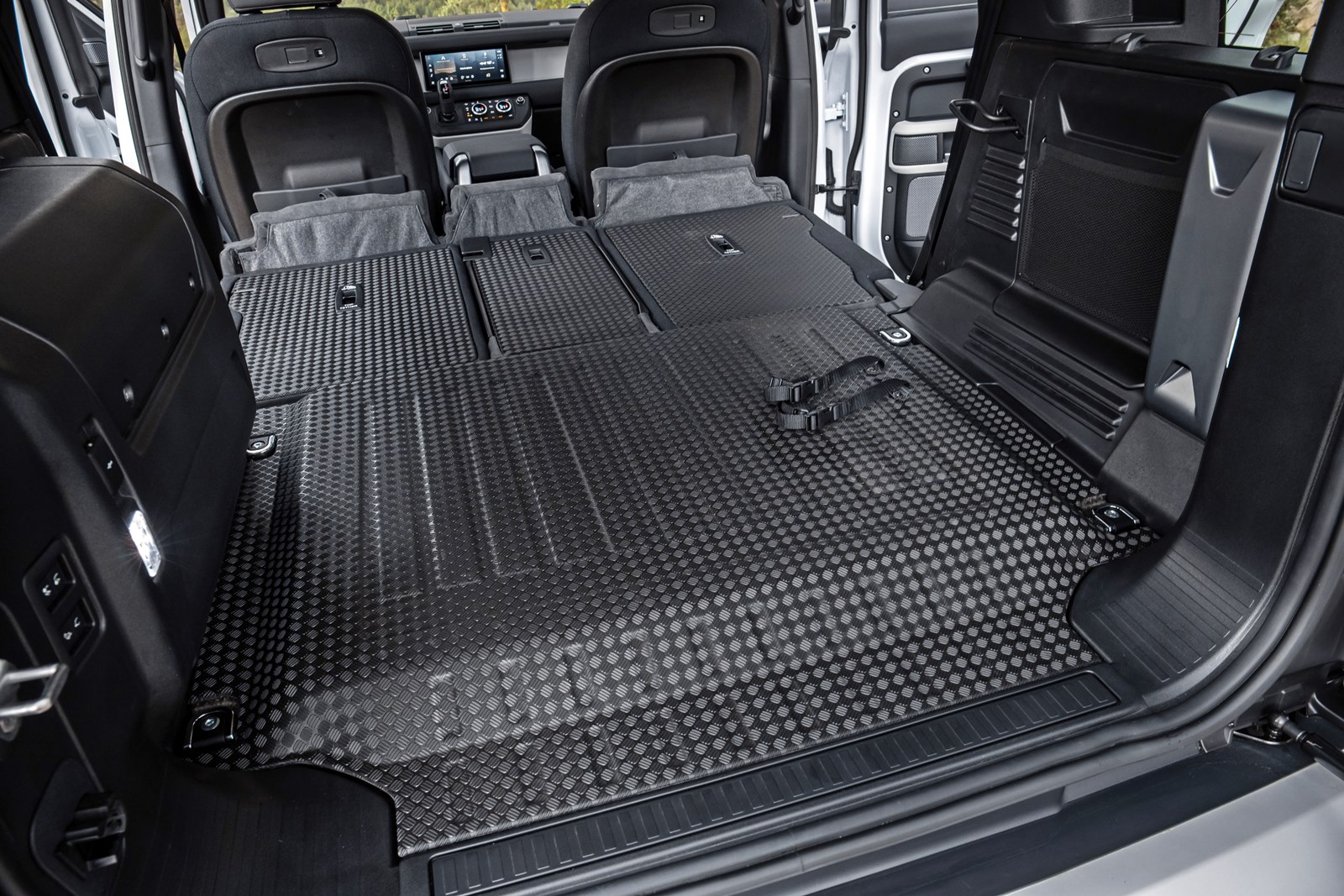 The modular interior architecture is underpinned by a practical layout that extends all the way to the back. Up to seven people can be accommodated by various arrangements of the seats with an abundance of storage areas. The cargo area has a volume that ranges from 231 litres when all seats are in use, to a massive 2,233 litres at maximum capacity (for the Defender 110). With the side-hinged tailgate, loading is possible even in tight spots (like against a wall) as the door can be opened slightly whereas a top-hinged door would not be able to open upwards.

While most owners of the New Defender are less likely to go off-roading in a serious way, those who do take it for an adventurous journey on muddy terrain will be able to clean the cabin easily. Apart from the tough-wearing fabrics used, the flooring is of a rubber material that can be washed while flush door sills allow easier mopping or sweeping of water and dirt out.

The original Defender has a history dating back to the late 1940s and was in continuous production for 67 years until 2016. Its successor’s story began in 2019 and as with all models from the specialist in 4×4 vehicles, the New Defender continues a legacy while offering the best of modern technology and design. 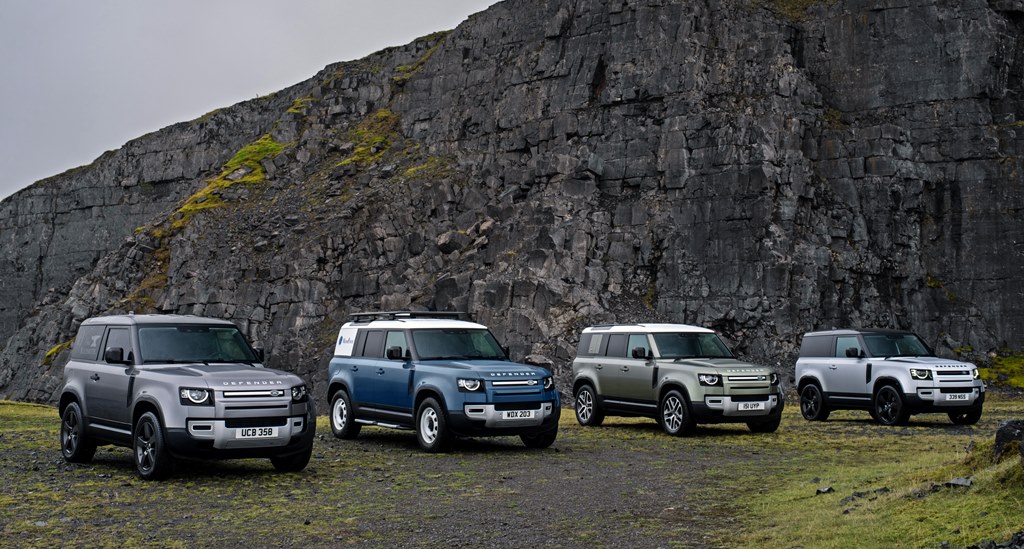 For more information and to find the location of the closest Land Rover showroom to you, visit www.landrover.com.my. 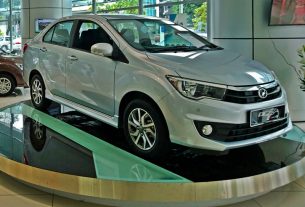 Perodua sales picking up but sales target for 2021 is lowered by 10.8% 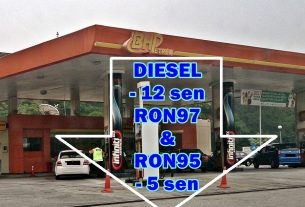 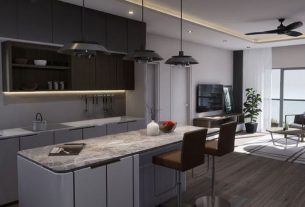