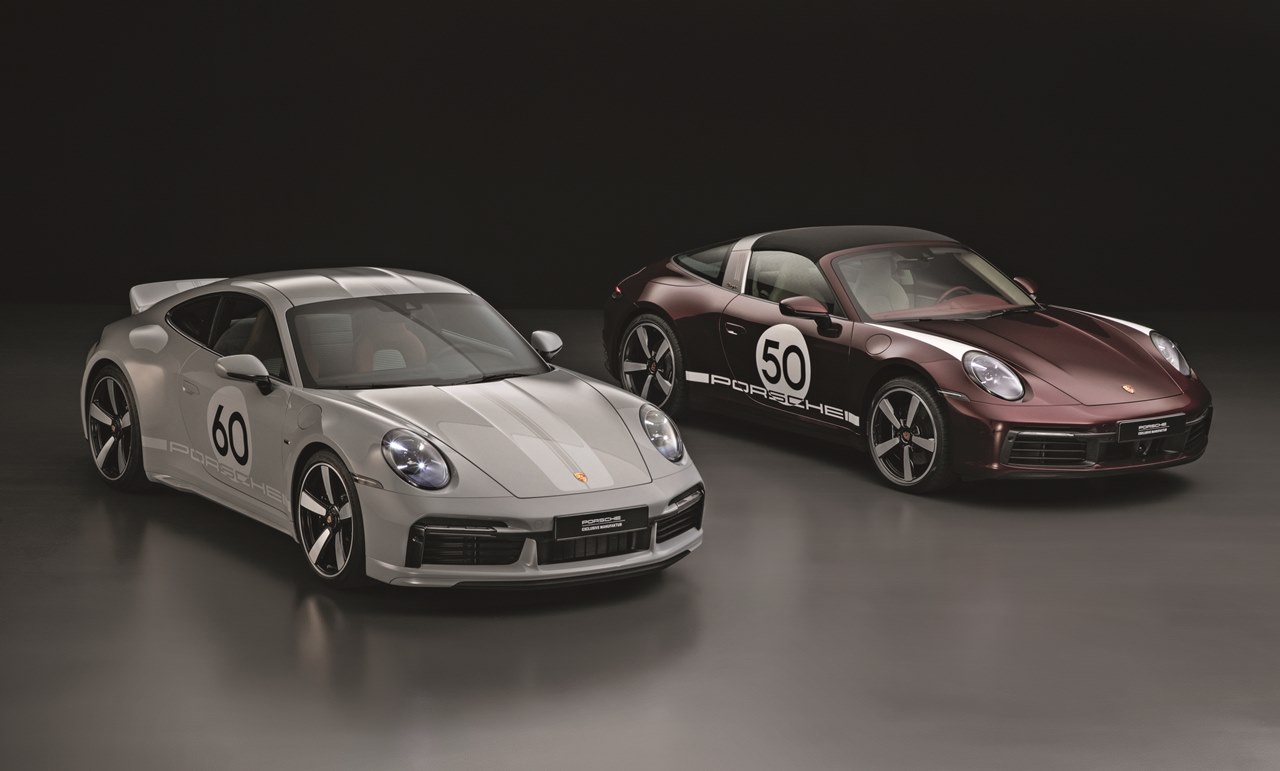 When talking about cars, ‘classic’ brings to mind an earlier era when cars – especially sportscars – had a unique characters. They may have lacked the reliability of today’s cars but their raw power and handling gave them a special appeal which is remembered fondly. An owner may have cursed his car for breaking down on some remote country road back then but today, it is a memory to laugh about with friends. 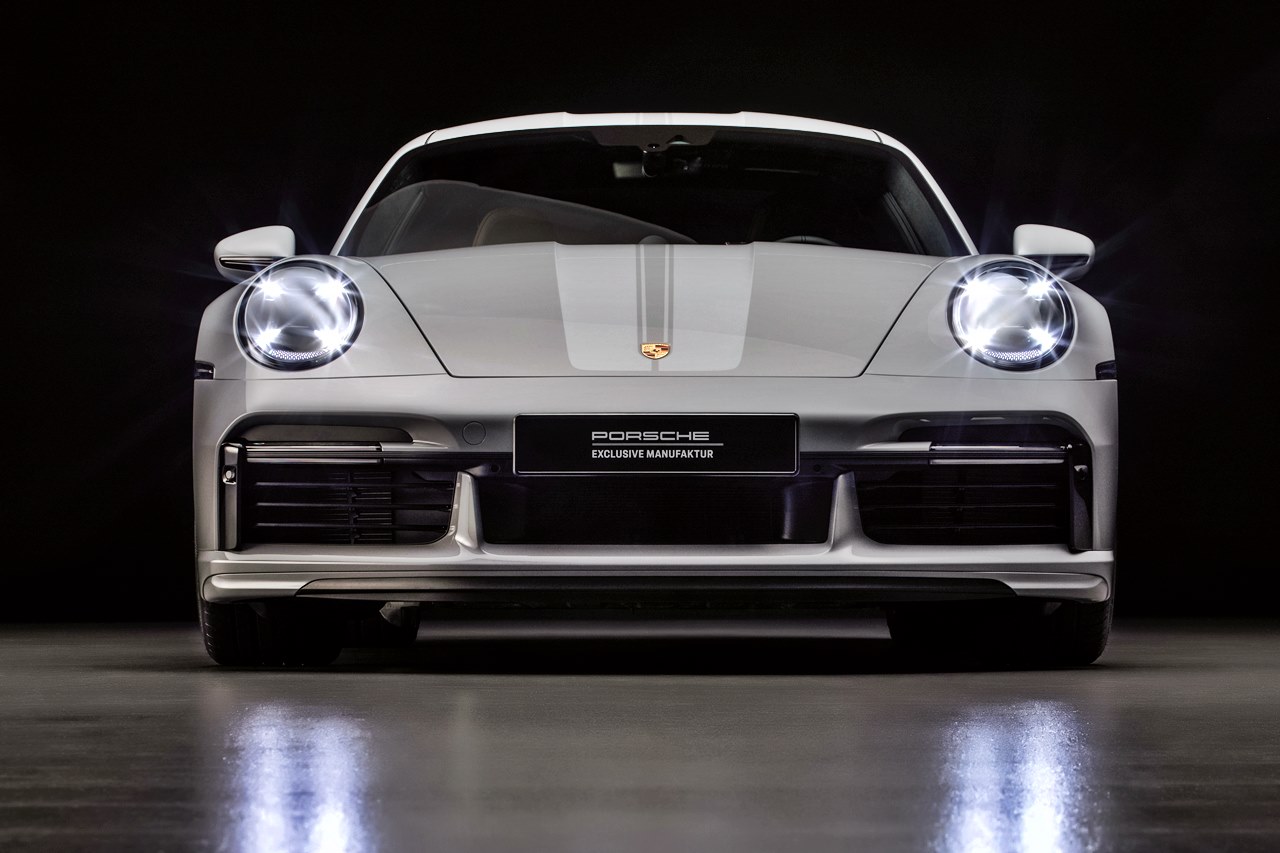 In recent years, it seems that there has been growing interest in classic cars, not to say that there has not been since such cars have always been collectors’ items. There are the original ones, restored to perfection, and there are modern copies built to perfect resemblance. Most are the work of specialists and have limited runs, making them very exclusive.

For a full-fledged carmaker, volume is important to support a ‘business case’ as it is very costly to develop a model. But once the model is developed, many opportunities are available to grow its volume and for the upper end of the market, personalization is now big business.

Porsche also has a business making ‘classic’ cars that grew out of its Heritage Design strategy. This approach offers models that represent the more emotionally-driven concepts of the Porsche product line. “This unique approach sees the Style Porsche design department working with Porsche Exclusive Manufaktur to reinterpret iconic 911 models and equipment from the 1950s through to the 1980s and to revive design features from those decades,” explained Alexander Fabig, Head of Porsche Customisation and Classic. 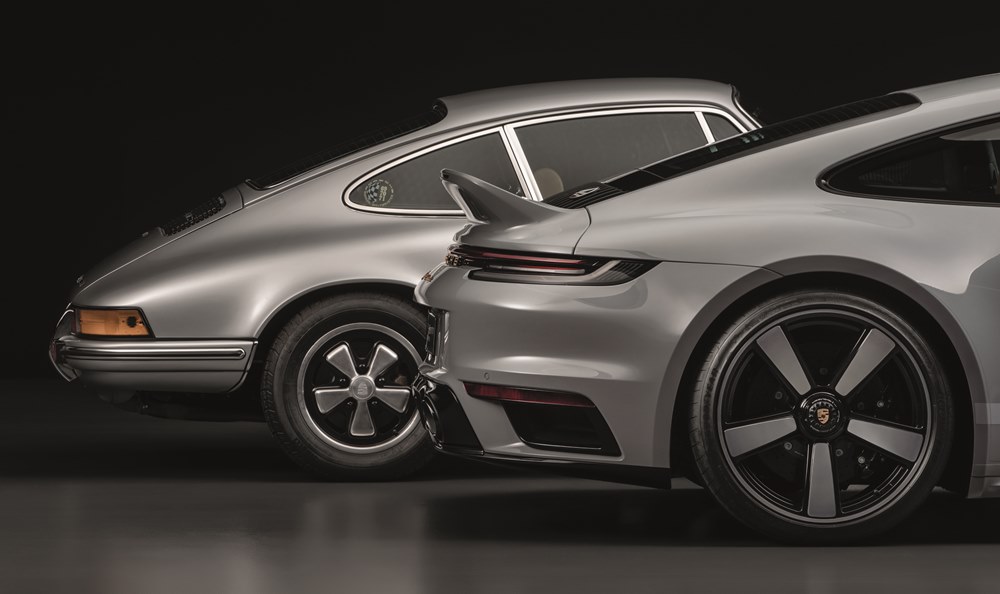 Historical design elements
The wide body – typically found with the 911 Turbo models – with a fixed rear spoiler in the style of the legendary ‘ducktail’ Carrera RS 2.7, and the double-bubble roof underscore the distinctiveness of the 911 Sport Classic.

This special model has the widest body in the current 911 model range. However, while the Turbo models have two side air inlets in the rear wings for drawing air into the engine, the 911 Sport Classic draws in air via the opening below the rear wing. The side air intakes have therefore been removed in order to create a unique look. 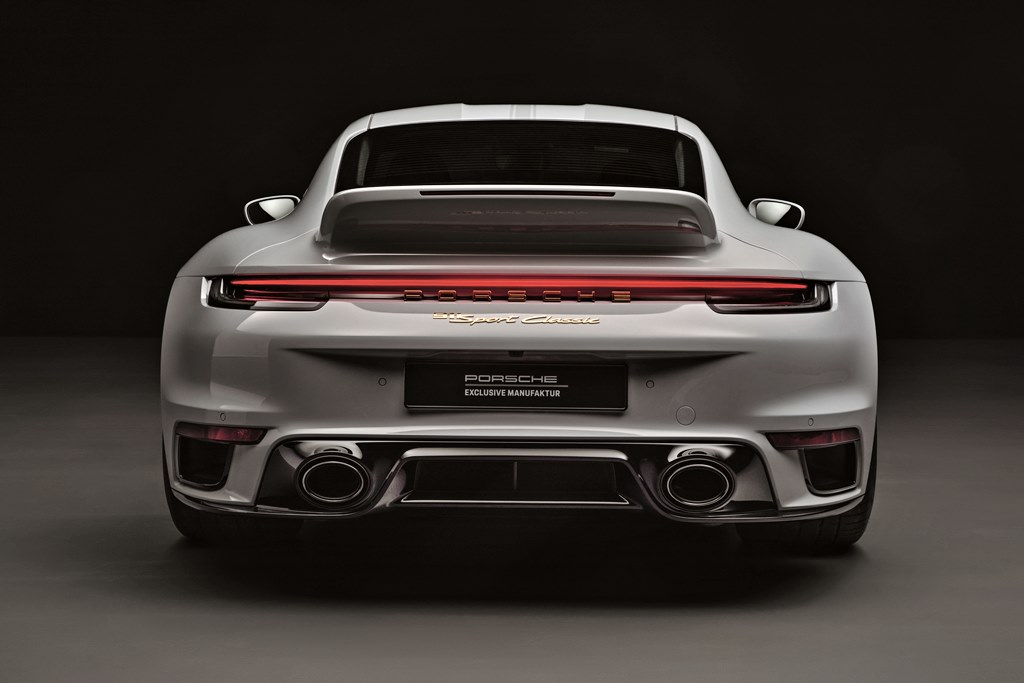 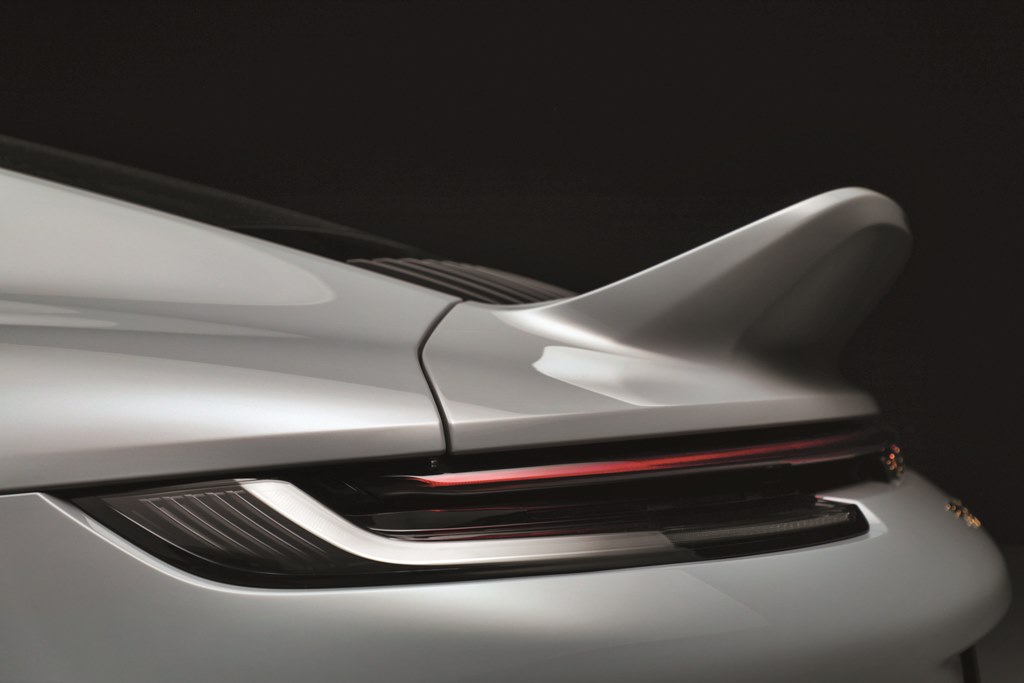 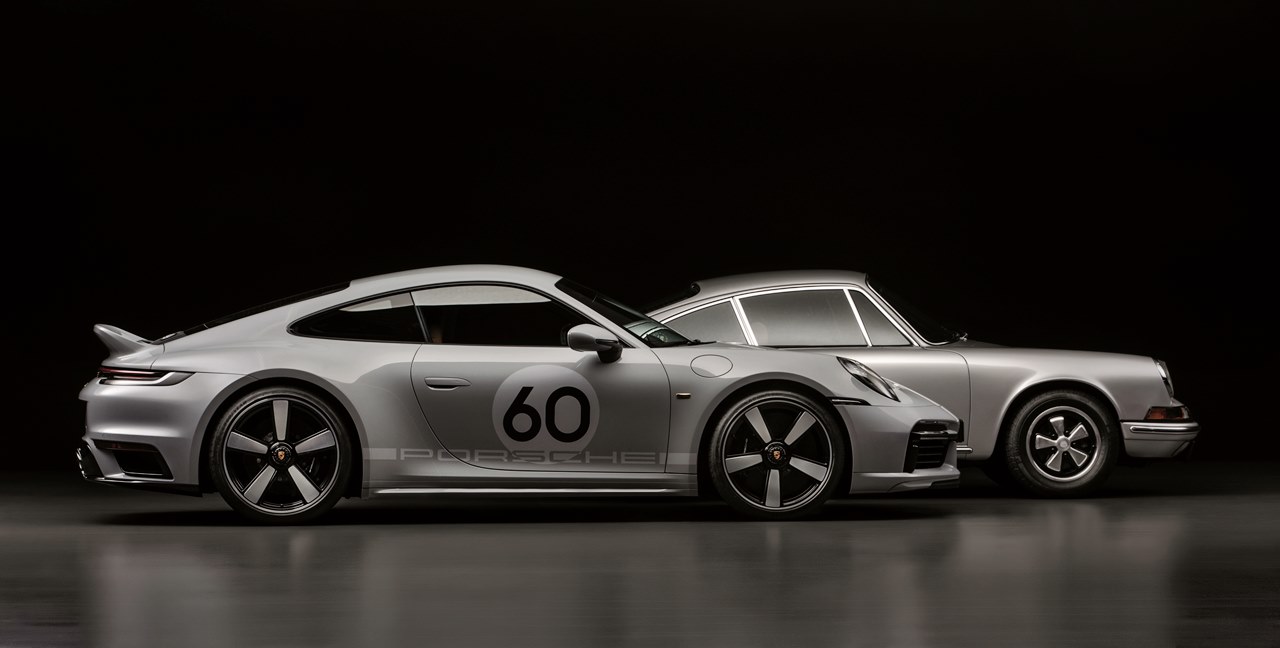 Classic paintwork too
As with the first 997-generation 911 Sport Classic of 2009, the designers were inspired by the Fashion Grey paintwork of the early 356 model when choosing the exclusive paint finish for the new limited-edition model. 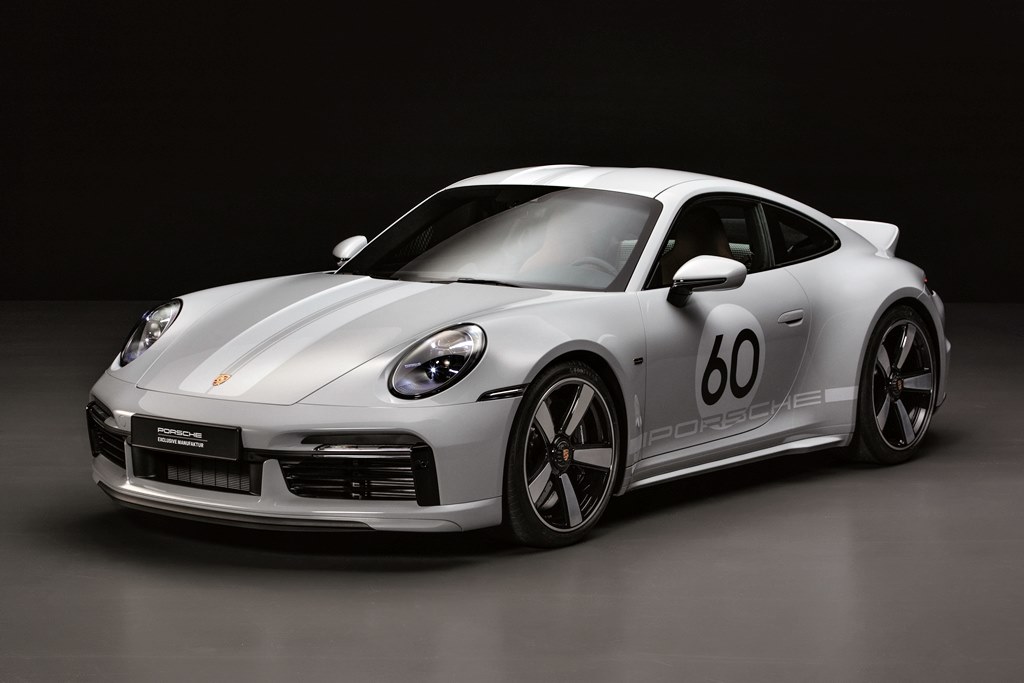 The graphics on the flanks of the vehicle reference the brand’s connection with motorsport. These graphics are also in light Sports Grey and include a Porsche logo, a round starting number field (known as a ‘lollipop outline’) and a personalised black start number (0 to 99 is available as an option at no extra charge). The start number or the entire foil trim can be removed for drivers who do not want the complete package.

The Porsche crest is almost identical to the historic crest of 1963. On the exterior, it makes an appearance on the bonnet and on the wheel hub covers. Other notable details include the gold-coloured Porsche logo and the model designation at the rear. The brilliant shine of the lettering is due to the fact that the surface is finished with real gold! 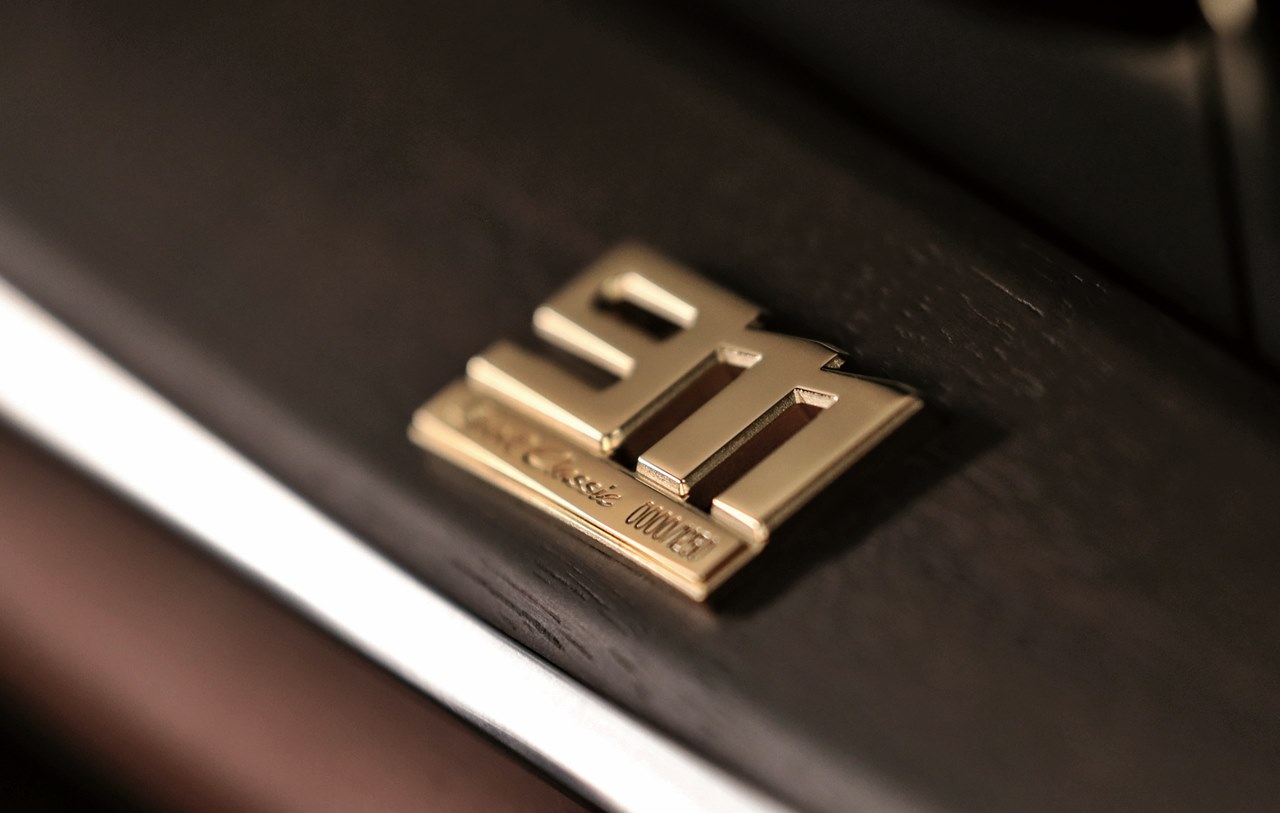 Most powerful manual 911 today
“It’s not just the look of the 911 Sport Classic that makes it special. Its extensive technical modifications are some of its most striking features. For example, the 3.7-litre, twin-turbo flat-six engine, rear-wheel drive and 7-speed manual gearbox combine to form a powertrain that is currently unique in the Porsche portfolio,” said Frank-Steffen Walliser, Vice-President Model Line 911 and 718. “The sports suspension with lowered ride height and vehicle-specific tuning deliver excellent lateral dynamics when cornering.”

The flat-six engine delivers 550 ps to the road, an output which places the 911 Sport Classic between the 911 GTS and 911 Turbo from a performance perspective. The engine is based on the options available for the current 911 Turbo models, with variable turbine geometry and wastegates that help to achieve the superior power delivery. 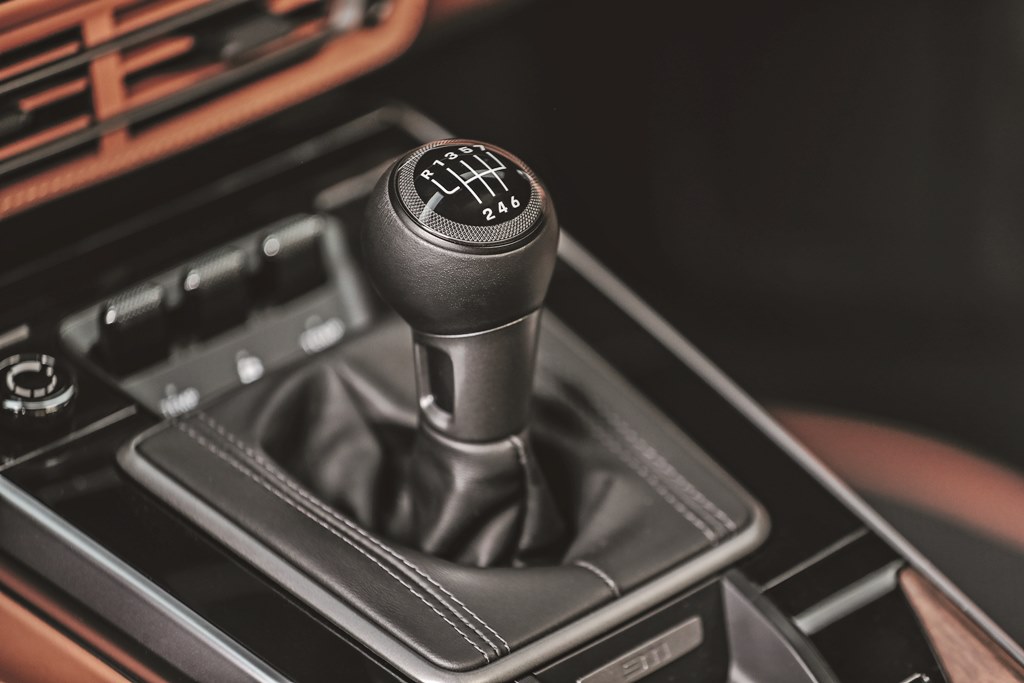 With a 7-speed manual gearbox, the 911 Sport Classic is the most powerful manual 911 available today. The gearbox has an auto-blip function that compensates for speed differences between the gears with a brief burst of revs when shifting down. The shortened shift lever provides a quick shift action and a crisp feel.

The suspension, based on that of the 911 Turbo and 911 GTS models, is managed by the standard Porsche Active Suspension Management. With rear-wheel drive, the axle load at the front is lower than on all-wheel drive models. For this reason, the suspension engineers have slightly reduced the spring rate on the front axle. The steering system, including the standard rear-axle steering, has also been modified especially for the 911 Sport Classic. 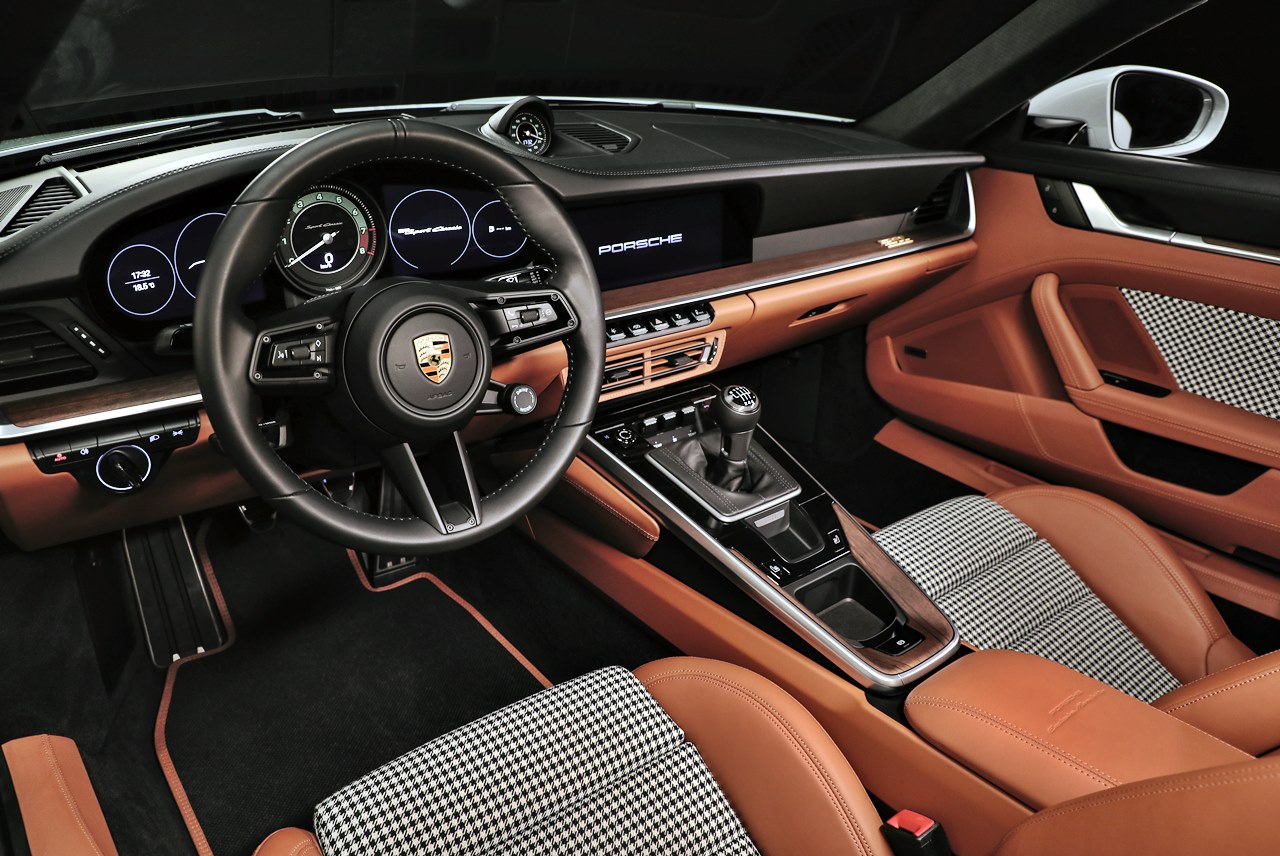 The modern instrument cluster with two high-resolution 7-inch displays borrows several historic details. One example is the analogue tachometer which features a classic-style needle with white hands and scale markings for maximum contrast. The green digits pay tribute to the legendary 356, while the Sport Classic logo showcases the sportscar’s modern credentials. The digital displays have also been modified for the Heritage Design strategy. 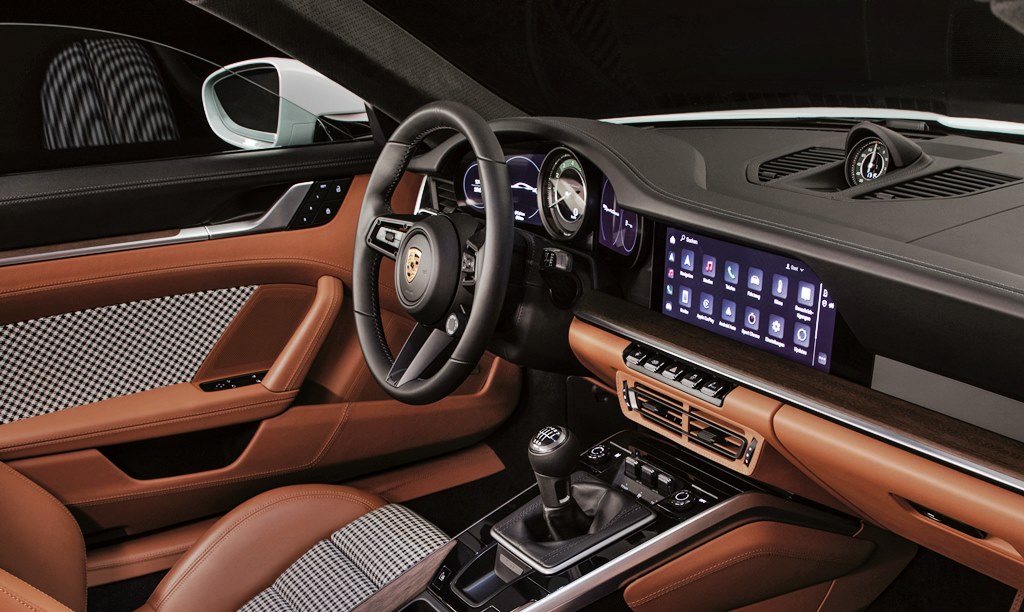 Two-tone, semi-aniline leather upholstery in Black/Classic Cognac provides an elegant contrast with the exterior colour. Porsche previously used semi-aniline leather in the 918 Spyder and the 911 Sport Classic is the first model to benefit from this type of leather in the characteristic colour of Classic Cognac. Only a very thin layer of paint is applied to protect it, which allows the natural structure of the leather to remain visible and the soft feel to be maintained.

For those who want a sportscar with the style of the 1960s and 1970s, the 911 Sport Classic is available (in righthand drive as well)  with prices starting from 272,714 euros (in Germany). European customers will get their cars from July 2022 onwards and those in other markets will have deliveries progressively after that. 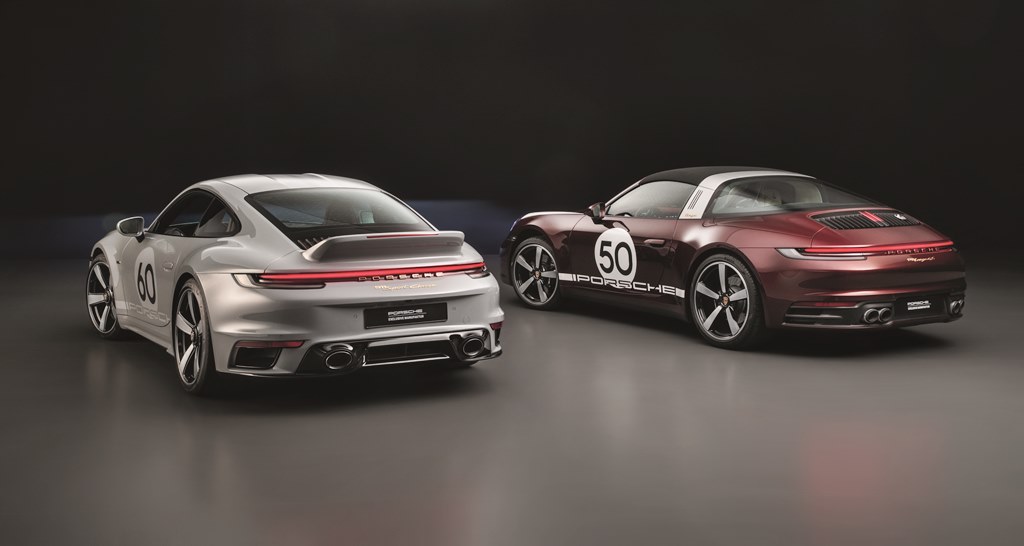 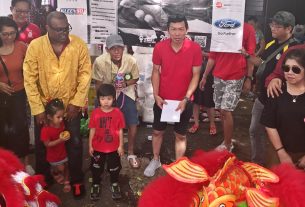 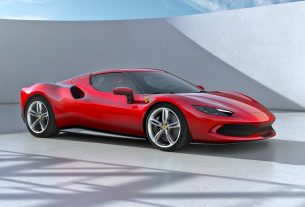 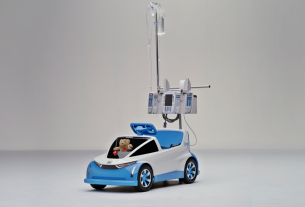