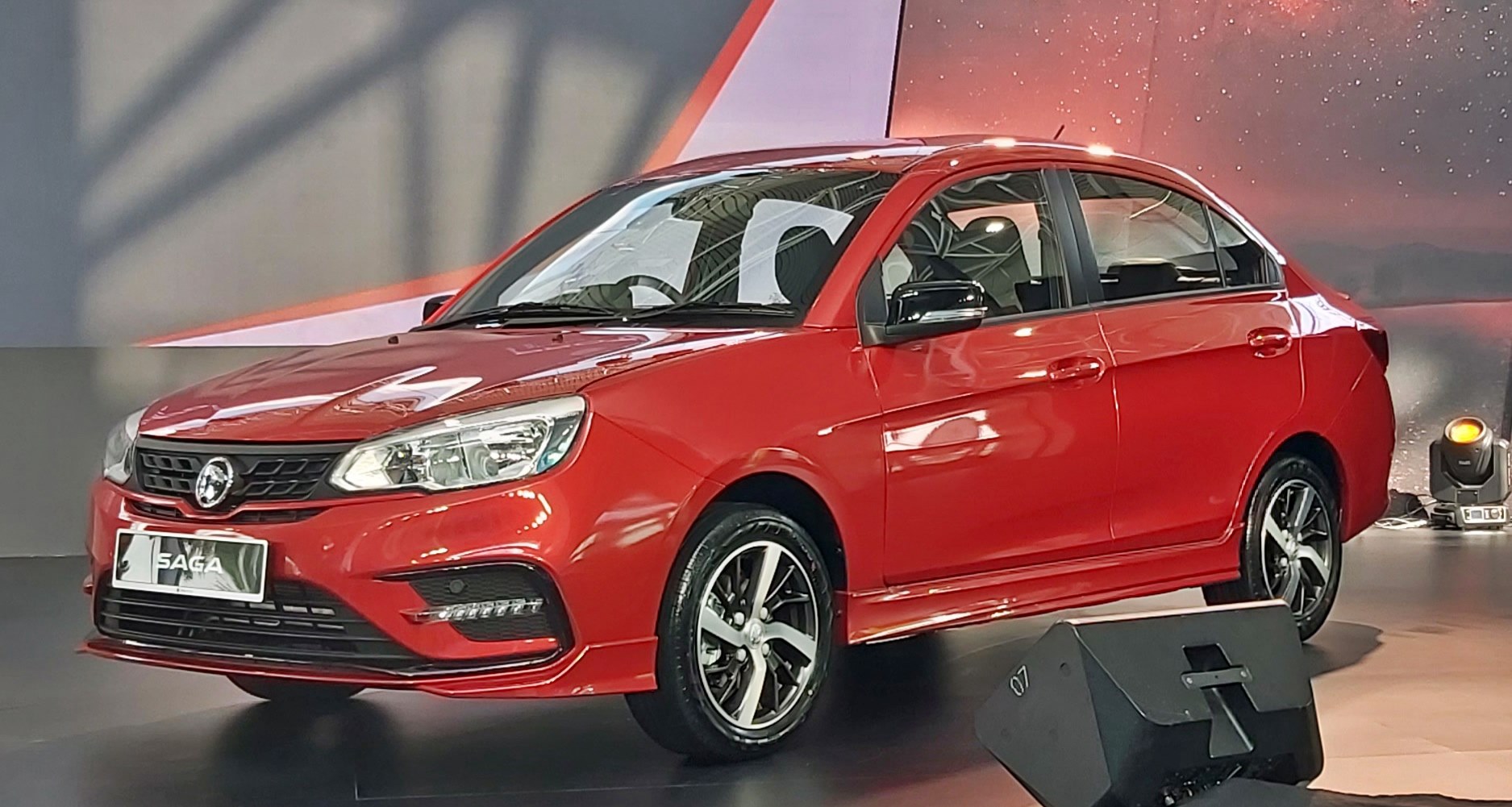 While the newer X70 and X50 SUV models have been selling well and have strong demand, it has been the Saga that has consistently remained the strongest seller for Proton all these years. It contributed to a large share of sales each year that the original model was able to last right up till the beginning of 2008 – almost 23 years after it was launched.

The generations following enjoyed the same success and loyal customer base that kept growing, and so when it comes to any updates, the focus is on providing more but not tampering with the success formula. That’s the case with the updated 2022 Saga launched today and the slight changes in price across the range are matched with additional features and of course, some cosmetic changes.

The 2022 range is offered with 4 variants – Premium S and Premium, and Standard with automatic and manual transmissions. From what we recall, the last price range for the Saga was between RM32,800 to RM39,800 and the new pricelist shows a range of between RM34,400 to RM44,300. 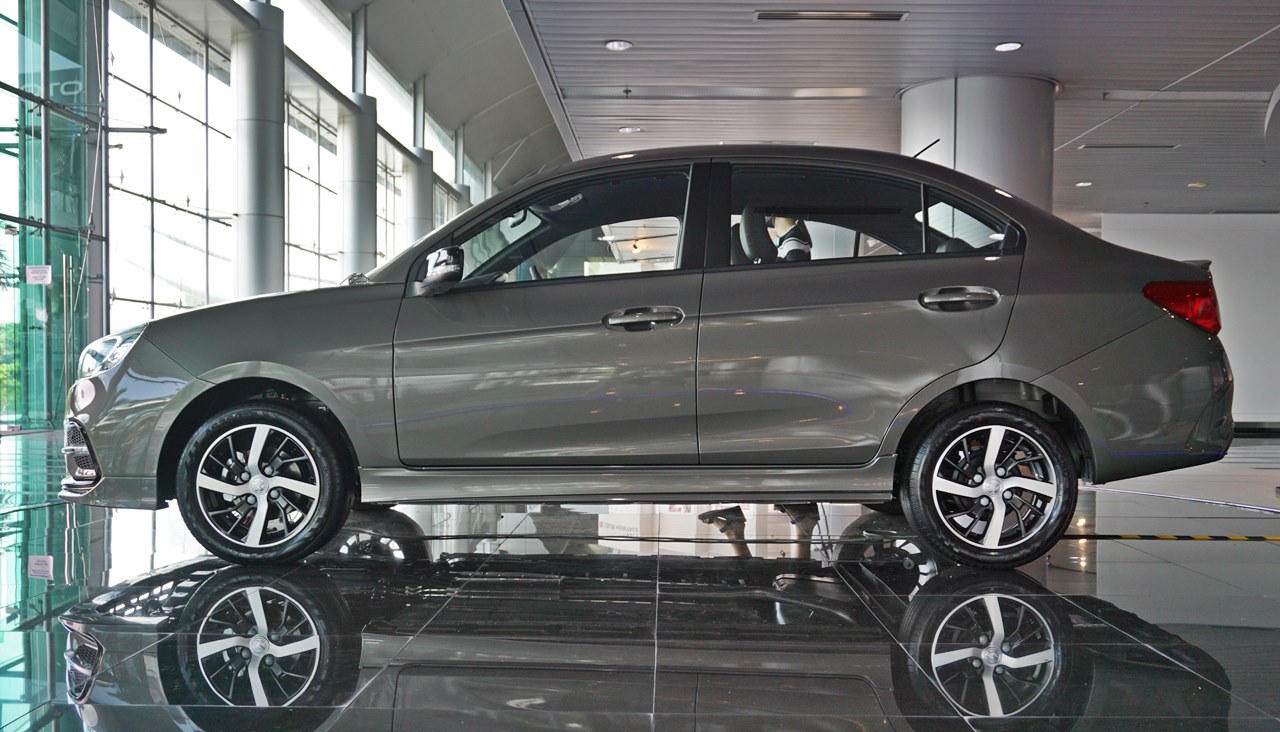 When Proton Design began working on this new model, the COVID-19 pandemic had started and people had to work from home. But fortunately, it was already decided that there would be no major changes required so the ‘new normal’ in working life was not a problem for the design team.

For facelifts, the designers usually make alterations in the usual areas where fixed apertures in the bodywork are – typically the grille, bumpers and lighting units. Unless there is extra budget, new body panels are avoided and this has been the case for the new Saga which also retains the bumpers from before. 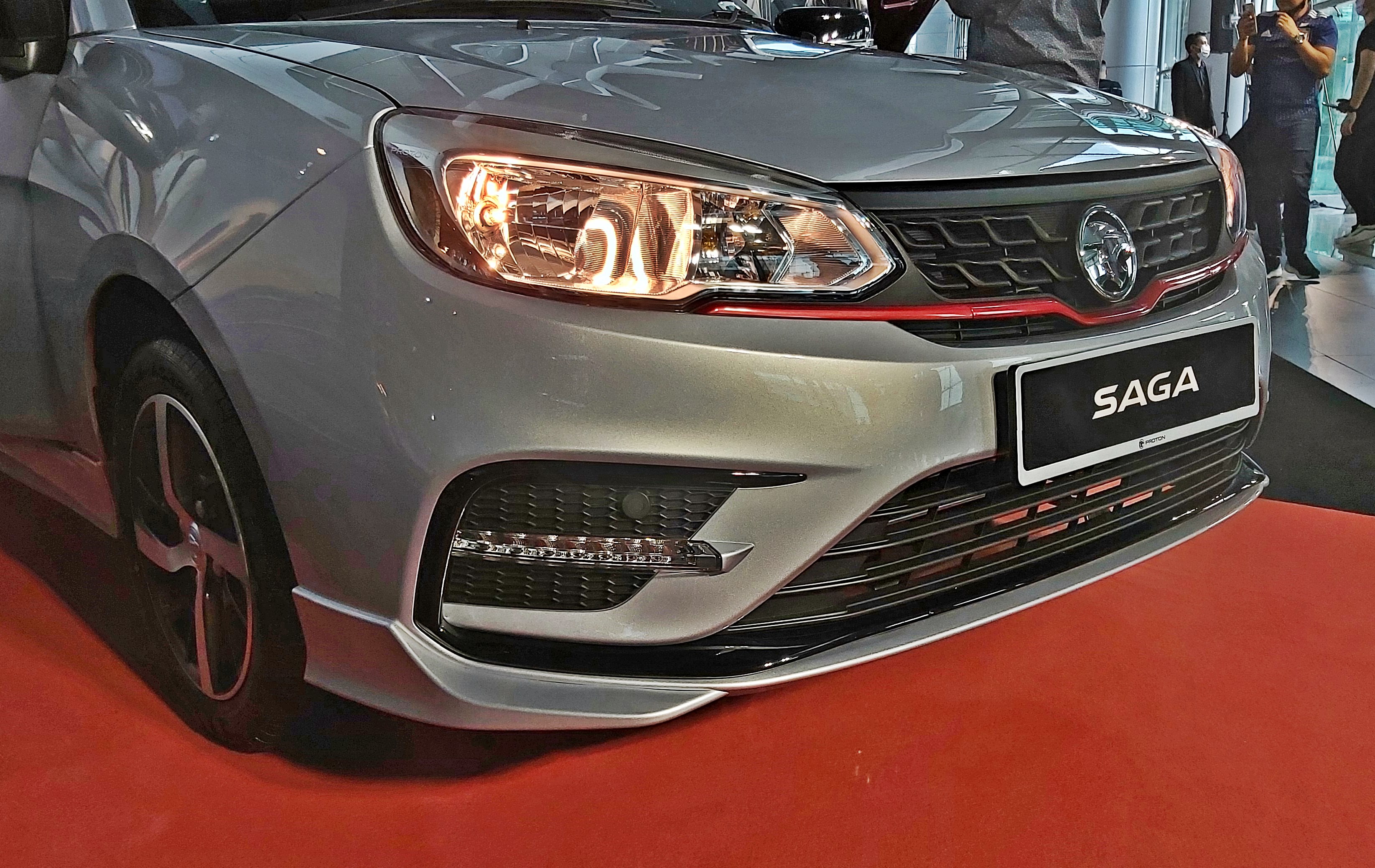 The grille has the same ‘Infinite Weave’ design as before – a signature feature of Proton models – and now incorporates the latest brand logo in the middle. Sharp-eyed observers will spot the differentiating element which is in the strip running along the bottom of the grille. Where is used to be just a straight line running the full width, the logo now ‘cuts’ into the strip which also has a ’dip’. It would seem the designers have recalled a little detail that began with the Waja 20 years ago and was present up till the Satria Neo.

Depending on the variant (of which there are four), the strip is silver (or is it white) on the Standard and Premium versions and red on the Premium S. 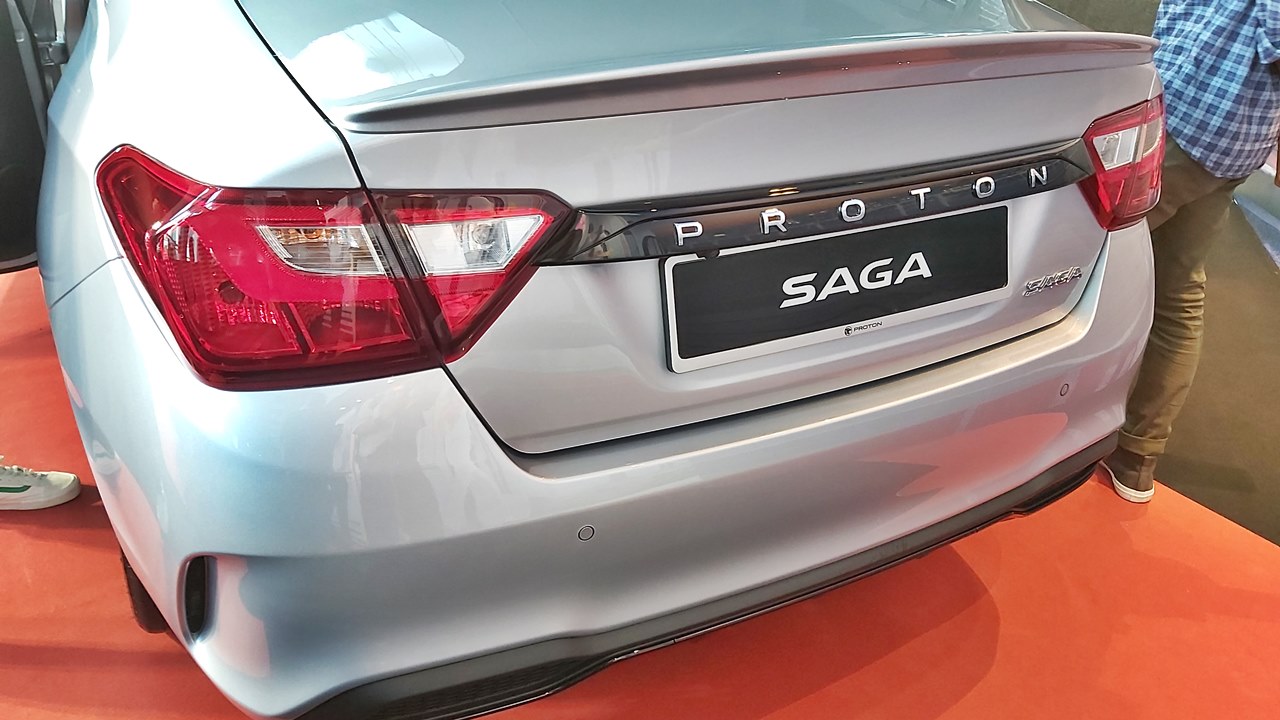 To add sportiness to the top Premium S version, side skirts are added along with extensions to the front bumper. While skirts do have a vital role in aerodynamics on racing cars, they are largely cosmetic attachments that visually lower the car. At the rear is a slim spoiler which is also found on the other 3 variants.

Facelifts also often see the wheel designs changing as this does not require any engineering changes. For the 2022 model, the 15-inch alloy wheels for the Saga Premium S/Premium have an interesting design with 4 spokes finished in a light colour and the other sections of the wheel left dark. The wheels for the Saga Premium have all the spokes in the same colour for differentiation.

The same proven 1.3-litre 16-valve DOHC VVT engine is used for all variants. Its output of 95 ps/120 Nm reaches the front wheels through a 4-speed automatic (not a CVT) or 5-speed manual transmission. No mention is made of tuning changes but to help the driver stretch each litre, there’s ECO Drive Assist to indicate when the driving style is efficient. Of course, the engine runs fine on RON95 so no worries about the rising price of RON97 petrol. 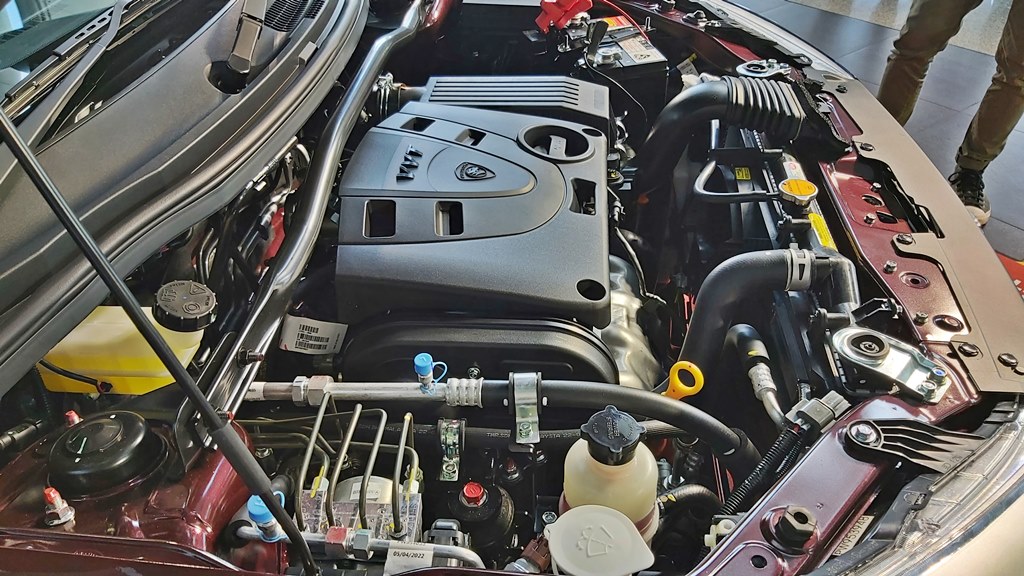 One thing we noticed was the absence of insulating pads on the undersides of the bonnet as well as bootlid. These pads can be found in most cars nowadays, even rivals to the Saga. Exposing bare metal (even if painted) doesn’t help the image of a car as it gives a ‘cheap’ impression but Proton probably needed the cost-saving. While acknowledging the omission, a senior executive on the engineering team said that in as far as noise is concerned, the absence of the insulating pad does not make a lot of difference as a lot of effort had already gone into reducing overall noise levels earlier. However, for those who have bionic ears and insist that an insulating pad makes a difference, Proton does offer the item as an accessory. It’s like the old days when EON used to sell sound-absorbing pads which owners could add on to the bodywork to reduce noise. 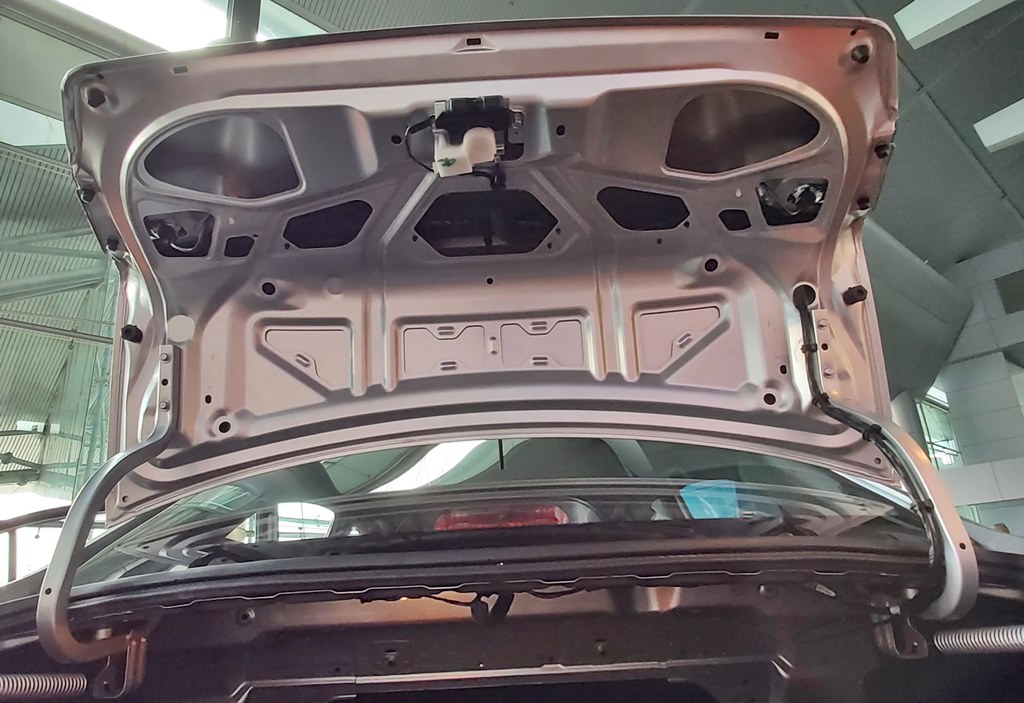 Like the exterior, the interior also gets changes which do not require major changes in the overall structure of the various sections, eg the dashboard. The Premium S gets some extra attention in detailing with red accents around the air vents. The same red treatment is also seen around the meters, an idea which was originally used on the Anniversary Edition (but with a different colour). 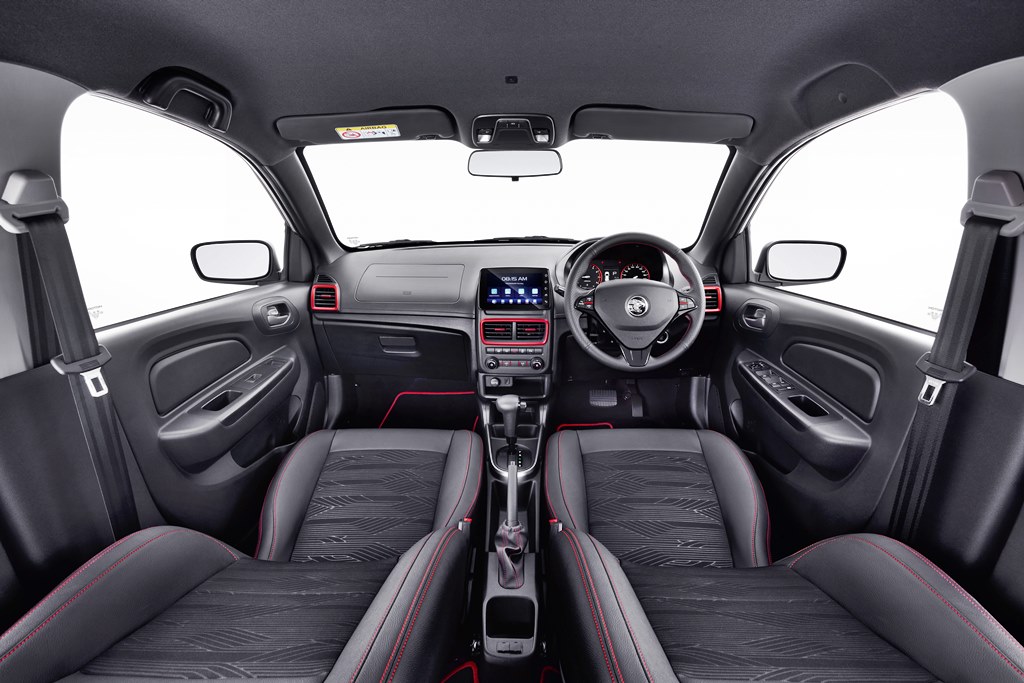 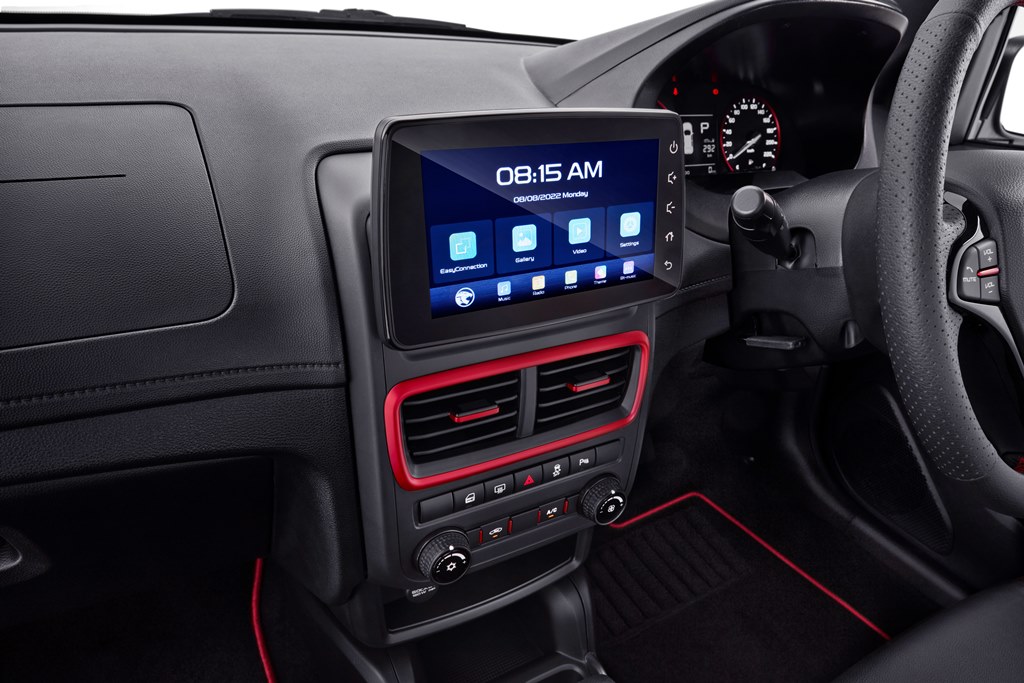 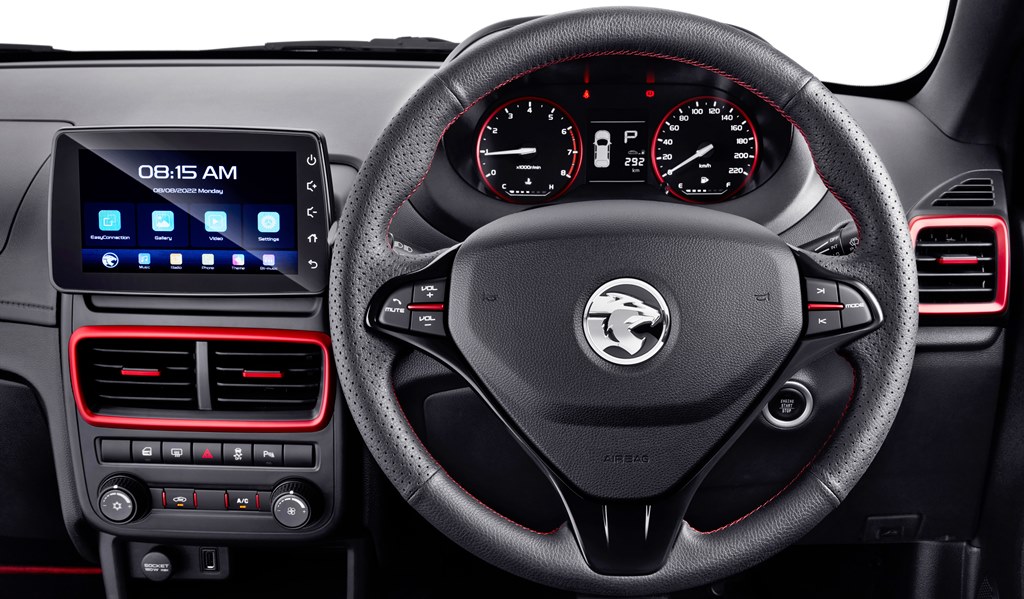 New convenience features include automatic folding mirrors, keyless entry and a pushstart button which means the key fob can stay in the pocket and handbag. However, it would need to be used if you want to open the bootlid from a distance.

The boot space is still 420 litres, quite generous for a small car, and when more space is needed, the rear backrest can be folded down. This lengthens the boot floor into the cabin so you can load a long carpet. 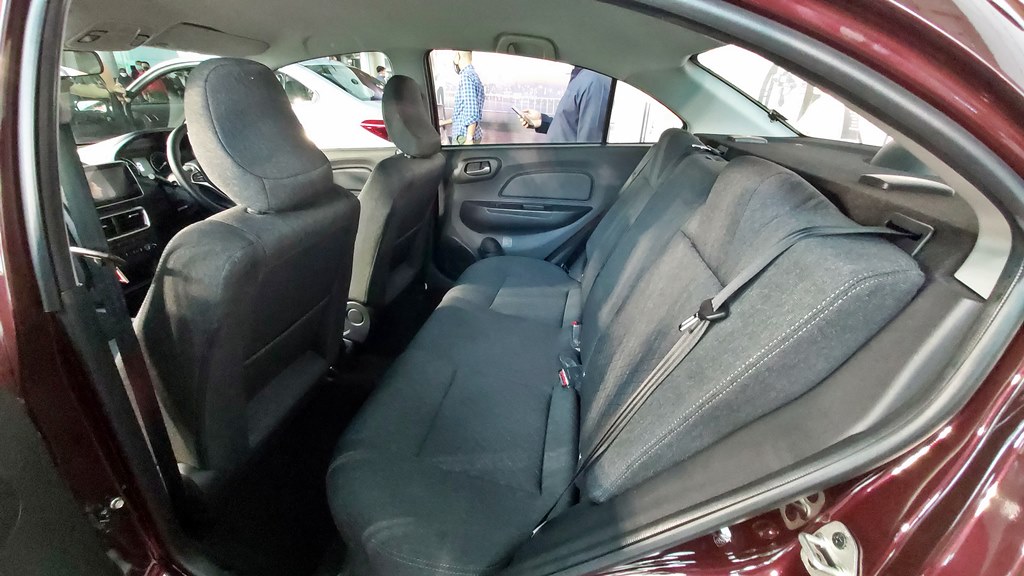 As a general policy, the Geely Group which Proton is a part of has made cabin air quality an important matter, and this is especially important today to control the spread of viruses. During the pandemic’s early months, Geely was quick to develop more effective air filtration systems for its cars and other brands in the group have also followed suit. For the new Saga, the N95 cabin filter is now standard for all variants. 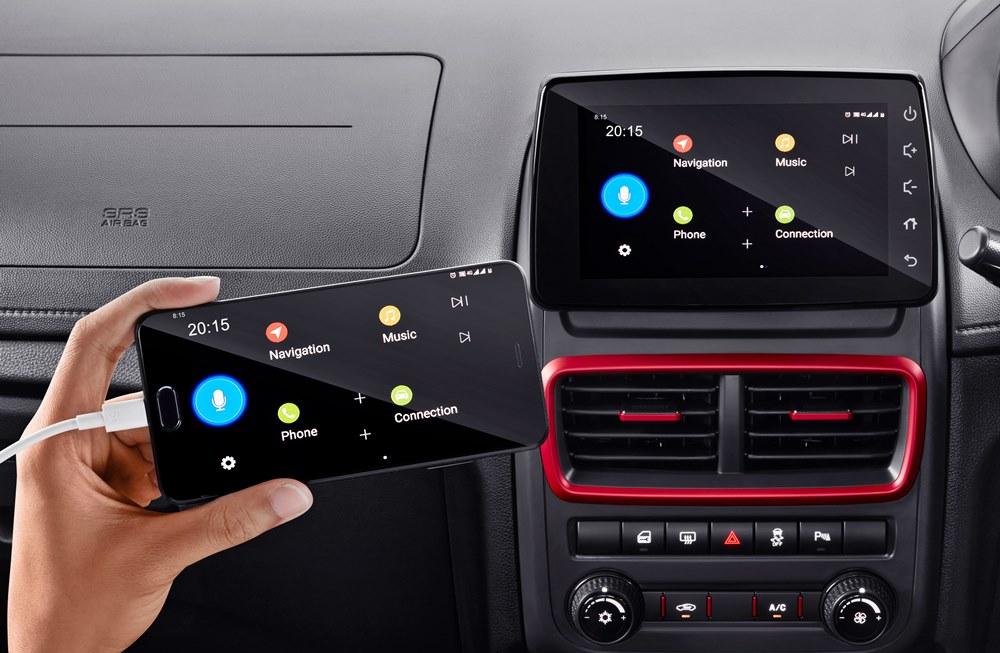 The infotainment system has updated has the new operating software and Bluetooth 4.2 for better wireless connectivity. It also easily connects to compatible Android and iOS smartphones so drivers can use and manage their favourite apps while on the move. Switches located on the steering wheel allow for easy access to change audio settings and answer calls while driving.

For the absent-minded types, there’s now a reminder message which appears on the display when the engine is switched off. It reminds the driver to check that they have all their belongings and more importantly, have not left their children behind! It seems odd that a parent can forget their child was travelling with them and leave him or her inside but as we have read in many reports, that does happen and sometimes end in tragedy. 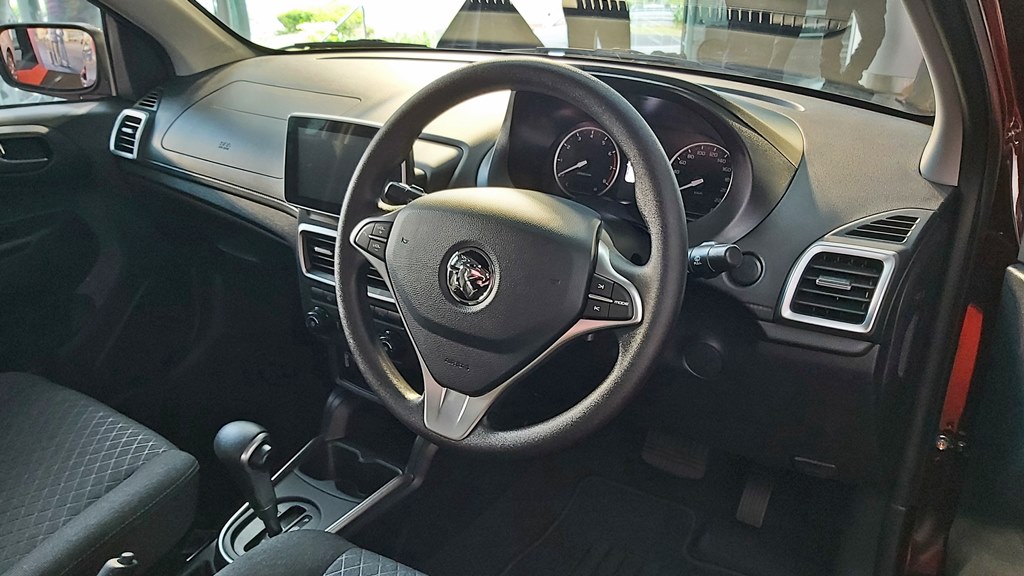 The Saga, being of an earlier generation of cars, doesn’t have the increasingly common suite of integrated driver-assist systems. Nevertheless, it still has many active safety systems that will help the driver avoid an accident. ABS, traction control, stability control, etc are all provided but it’s a pity that the Standard with manual transmission does not have electronic stability control/traction control. Again, this is probably a cost-saving matter but where safety is concerned, Proton should be working towards providing every customer with the best safety equipment possible.

Perhaps the Saga, being a legacy model, is constrained by having been developed along different cost structures and there’s not much that can be done to change that. Moving forward with Geely now providing its expertise and experience in more cost-effective engineering and manufacturing, the next generation of the Saga should be able to have more features, even as an entry-level model. 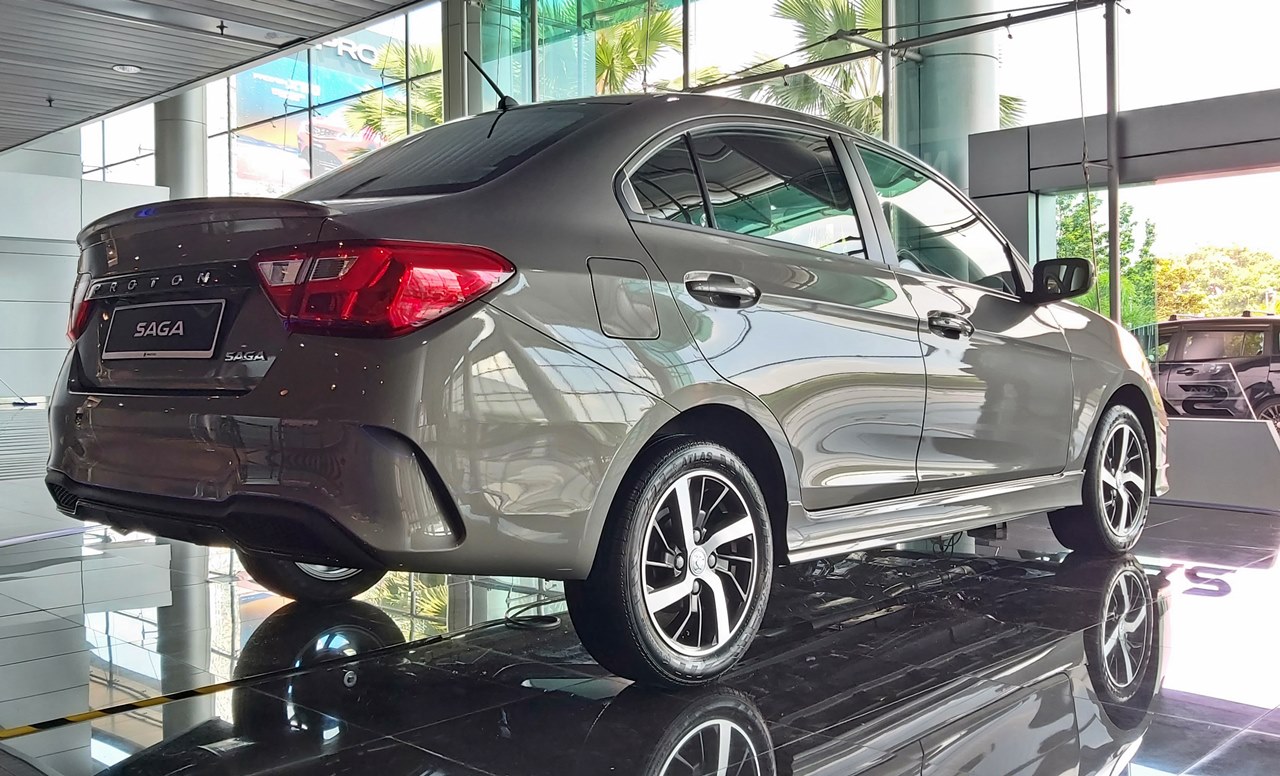 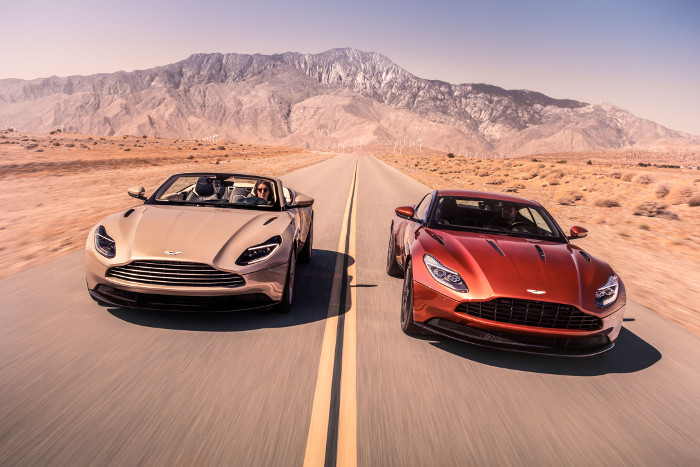 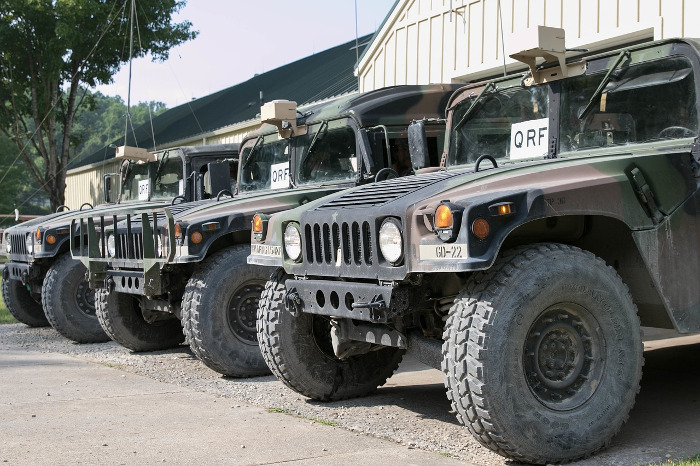 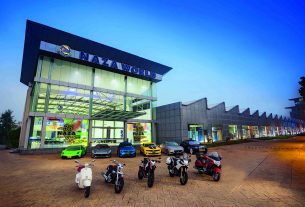