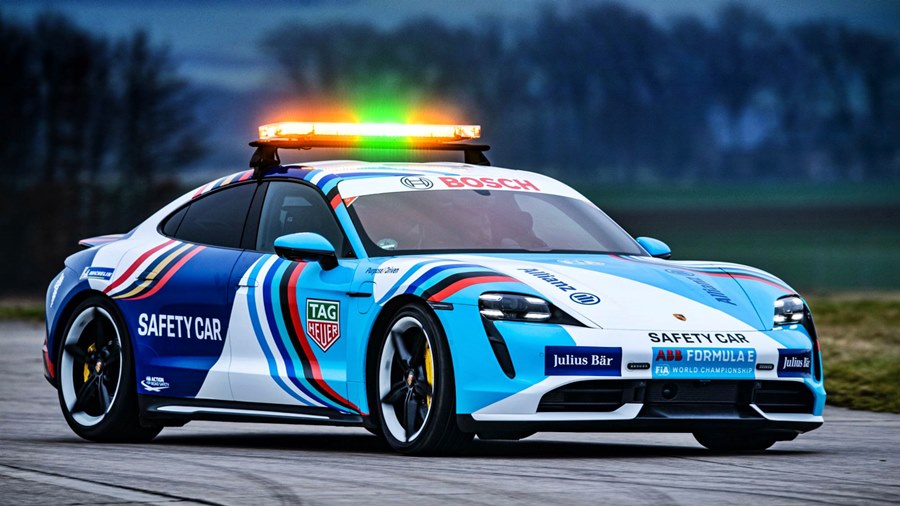 Besides having a works team in the Formula E World Championship for single-seater all-electric racing cars, Porsche also has a second car that sometimes leads in the races. It’s a Taycan which the sportscar maker has supplied for use as the Official Safety Car  and it’s most appropriate since it too has a fully electric powertrain.

As the Official Safety Car, the Taycan is deployed from the pitlane whenever there is an incident to manage the cars on the track. This is to allow marshals to remove a car that has had an accident or to carry out other duties in safety, and the cars must follow behind the Safety Car. 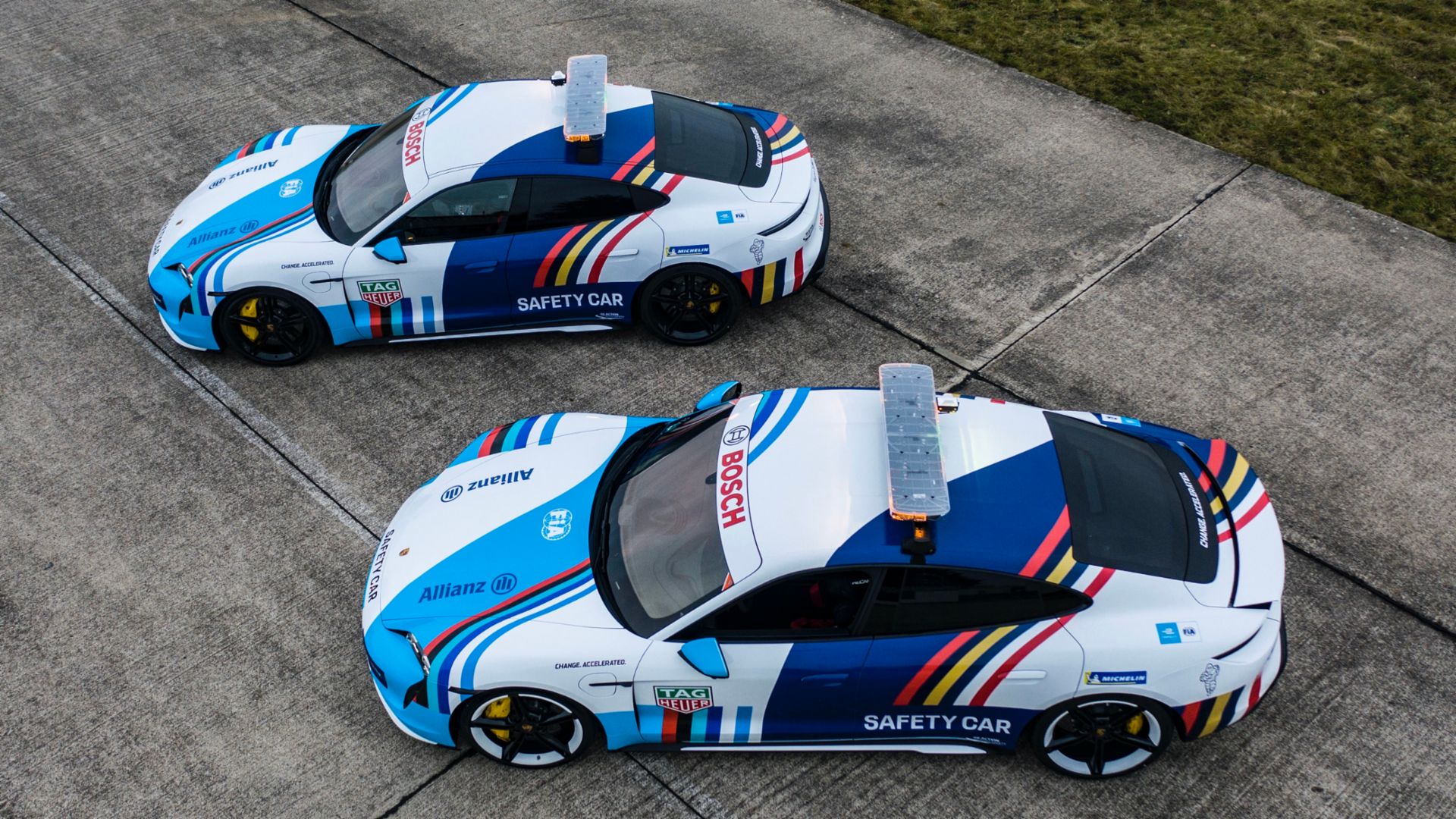 First season for the Taycan
Porsche supplied two units of the Taycan Turbo S which began their duties at the first round of the latest season in Saudi Arabia in January. It is designed to be more than just the Formula E Safety Car and the striking paintwork flies the colours of all 11 teams competing in the championship, as well as the colours of the FIA and Formula E. The number 22 acknowledges the performance of the 22 drivers who contest the series this season.

“We’re proud that Formula E has entrusted a Porsche with this task – one that is important for the safety of its drivers,” said Thomas Laudenbach, Vice-President Porsche Motorsport. “With the Taycan Turbo S as the Official Safety Car, we’re making an important contribution to track safety and also underlining the importance of Formula E for Porsche Motorsport. The distinctive design illustrates our commitment to the successful future of this innovative racing series. Although we’re rivals out on the track, we’re spreading this message to the world together. What’s more, we hope that this also enables us to appeal to a younger target audience who are not yet motorsport fans.” 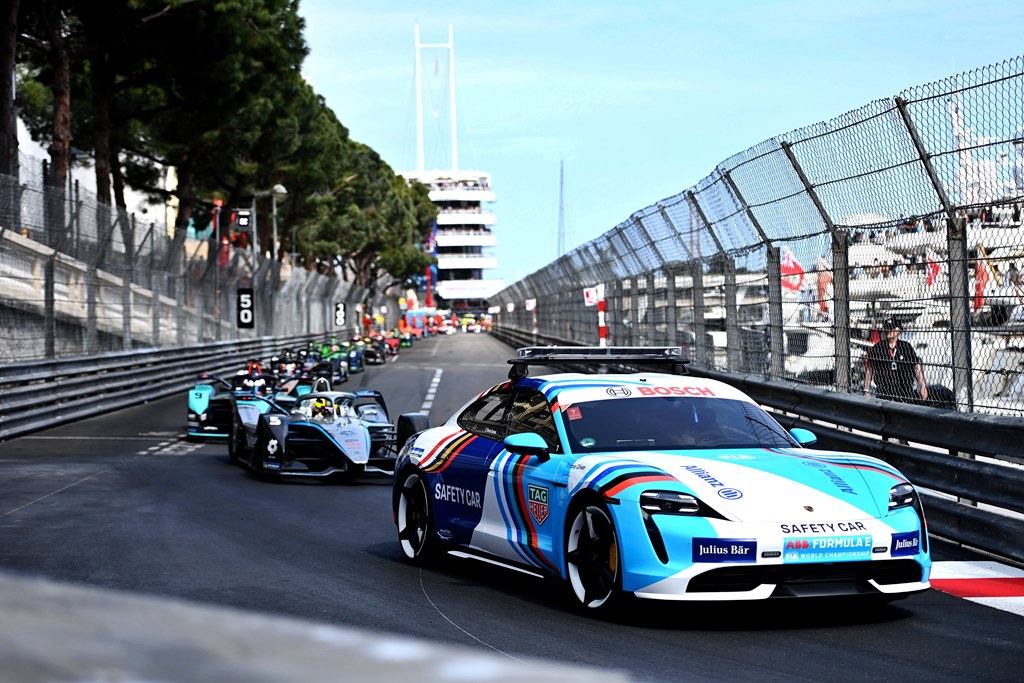 High performance necessary for Safety Car
A Safety Car must have a level of performance which enables it to lead the racing cars around at a brisk pace, and also have driving dynamics that allows it to negotiate a track at high speeds. The Taycan definitely meets this requirement with its driveability as well as its output of up to 560 kW (761 ps). With Launch Control, the flagship model of the Taycan range can go from 0 to 100 km/h in 2.8 seconds and reach a top speed of 260 km/h. 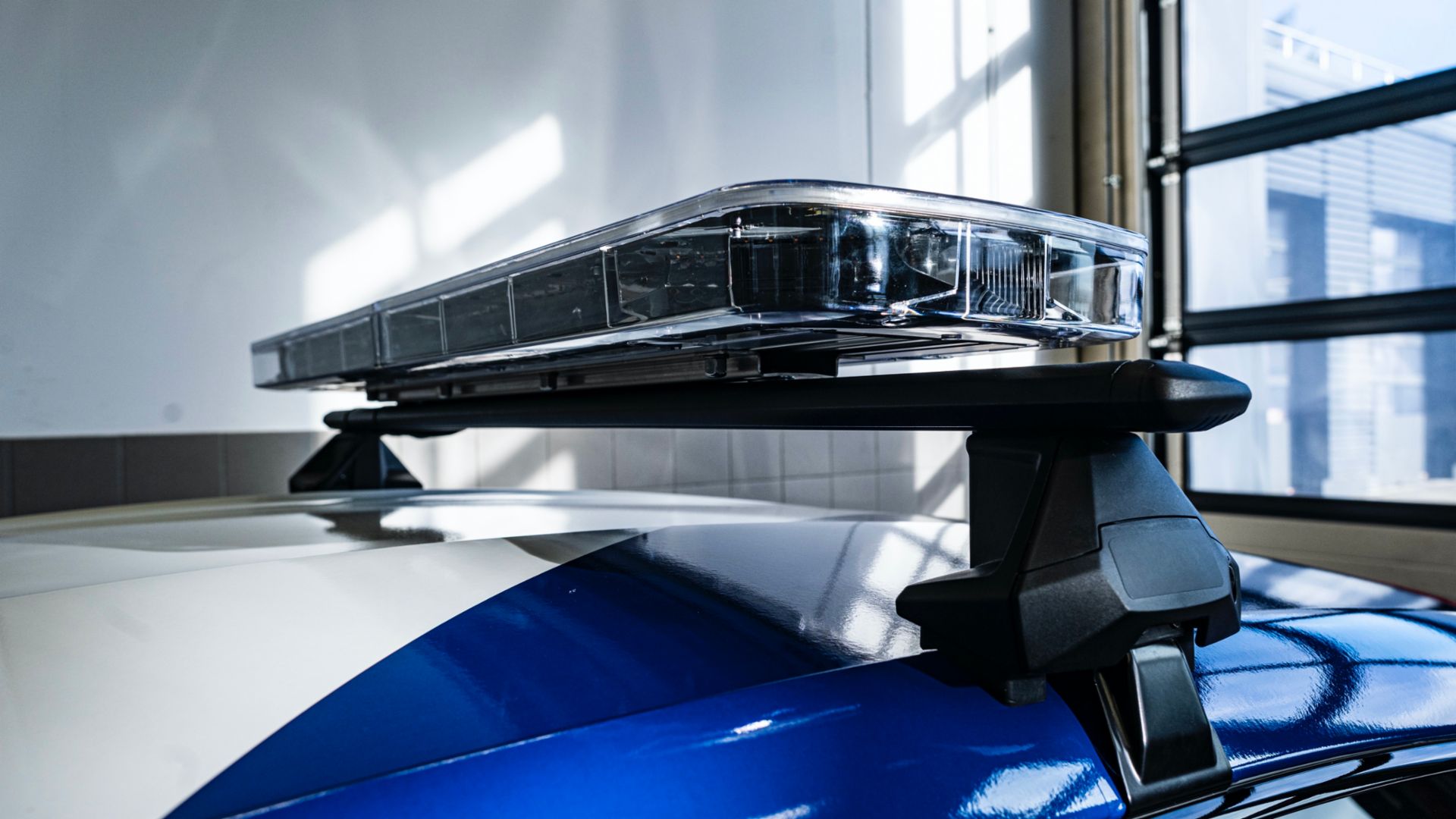 To prepare the Taycan Turbo S for its role as a Safety Car required the installation of a roll-cage and racing bucket seats with 6-point seatbelts for the crew. Additionally, wire harnesses for the Safety Car lighting and the Marelli Logger System were needed and flashing lights were integrated into the bumpers. The new workplace of Bruno Correia, the long-standing Formula E Safety Car driver, was also equipped with a fire extinguisher and a high-tech communications system. 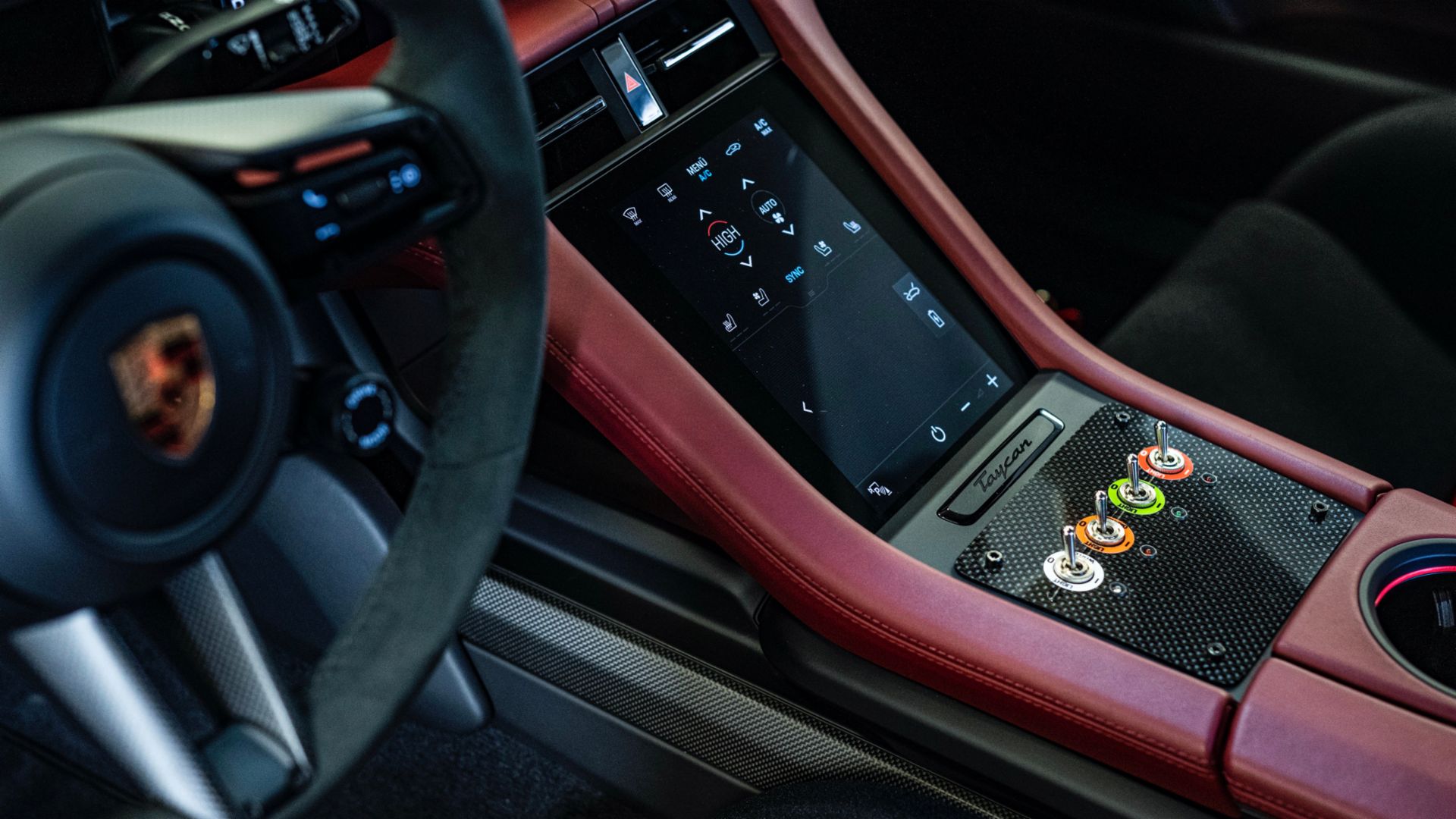 Porsche team on home ground
The Porsche Taycan Safety Car will be seen at the historic Tempelhof airport in Berlin this weekend, on standby at rounds 7 and 8 of Season 8 of the Formula E World Championship. TAG Heuer Porsche Formula E Team drivers Pascal Wehrlein and Andre Lotterer will be aiming to build on the historic 1-2 achieved at round 3 in Mexico City, the first ever win for the team.

“For us as a German team, the races in Berlin are the most important of the year. I have good memories of the event and was already on the podium there,” said Lotterer. “Driving races at home and especially in front of the home fans is a very special motivation. It would be fantastic to get another win, this time on home soil,” added Wehrlein. 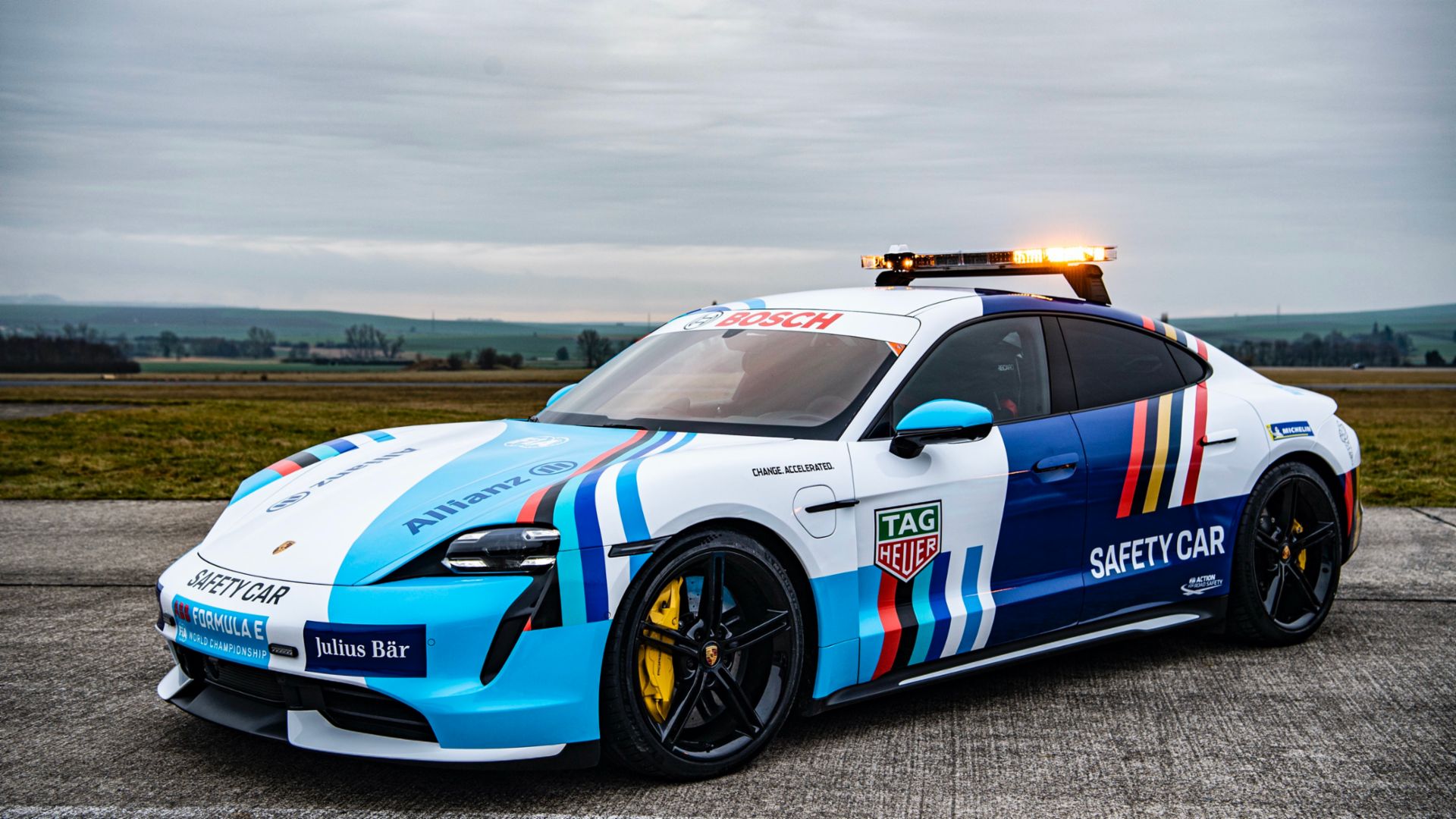 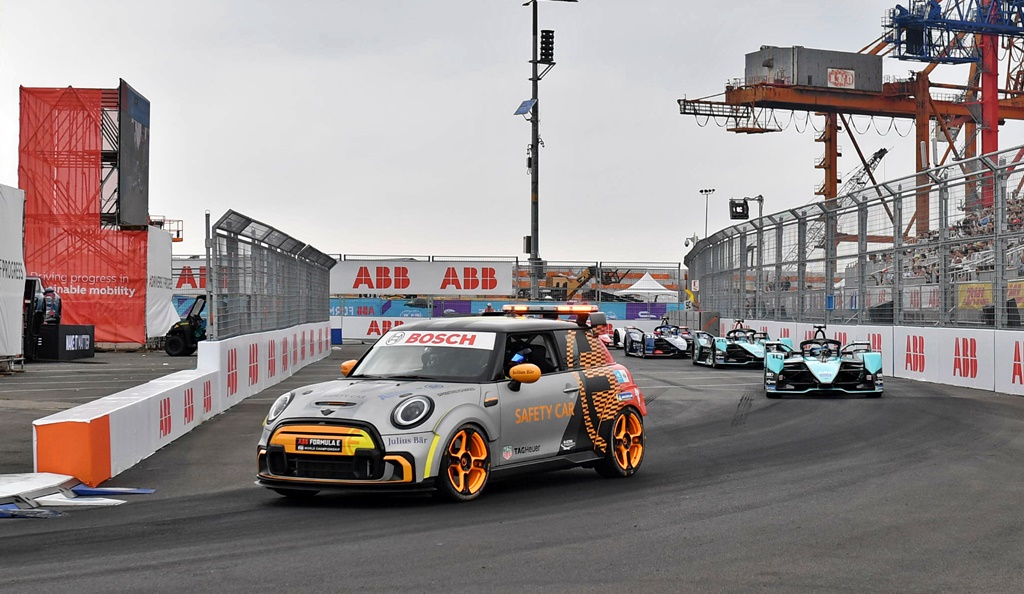