Gran Turismo 7, the super-realistic sim racing videogame by Polyphony Digital/Sony Interactive Entertainment received its latest update recently. This follows the update in April which saw the addition of 3 new cars (2 Subaru BRZs and the Suzuki Cappuccino) and the 24-hour layout of Spa-Francorchamps.

Of the 3 new cars, the Suzuki Vision Gran Turismo has been much anticipated. It showcases Suzuki’s expertise in both 2-wheel and 4-wheel products, highlighting the company’s involvement in both motorcycles and automobiles. Only a handful of companies can lay claim in mastering the two genres, and fewer still can boast international racing success in both.

Suzuki’s Vision Gran Turismo, which joins a number of other Vision Gran Turismo models from other many carmakers, was developed as a unique all-wheel drive super sportscar which fuses the company’s motorcycle and automotive know-how. 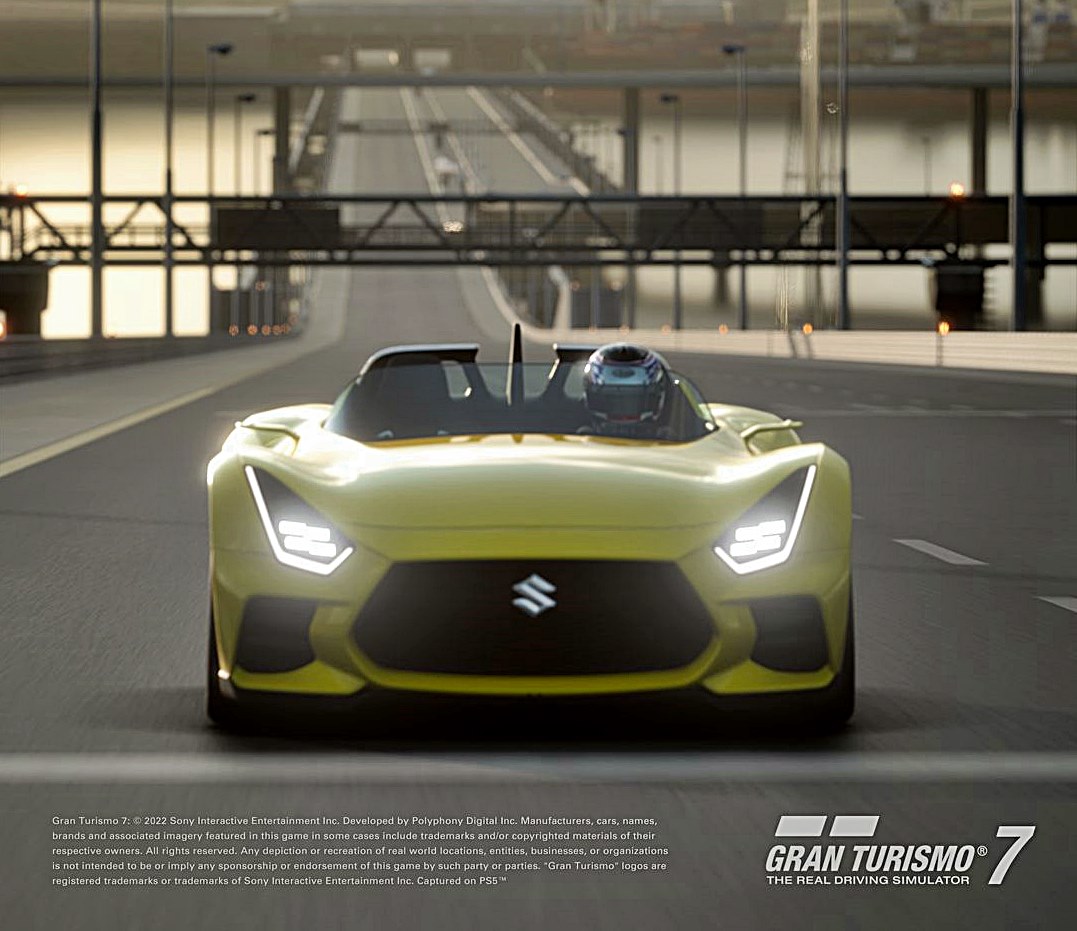 The 2-seater in the familiar yellow colour of the brand has a convertible bodystyle with a front-engine/rear-wheel-drive layout. It has a very powerful hybrid drivetrain consisting of the 1340 cc inline-4 petrol engine taken from the company’s flagship sports bike, the Hayabusa, and electric motors.

During development of this virtual supercar, Suzuki employed much of its racing technology in the construction, using as many lightweight components as possible. As a result, the car weighs just in 970 kgs.

As for the styling, the Vision Gran Turismo’s low stance and flowing lines were inspired by popular Suzuki production sportscar models like the Swift Sport and Cappuccino. 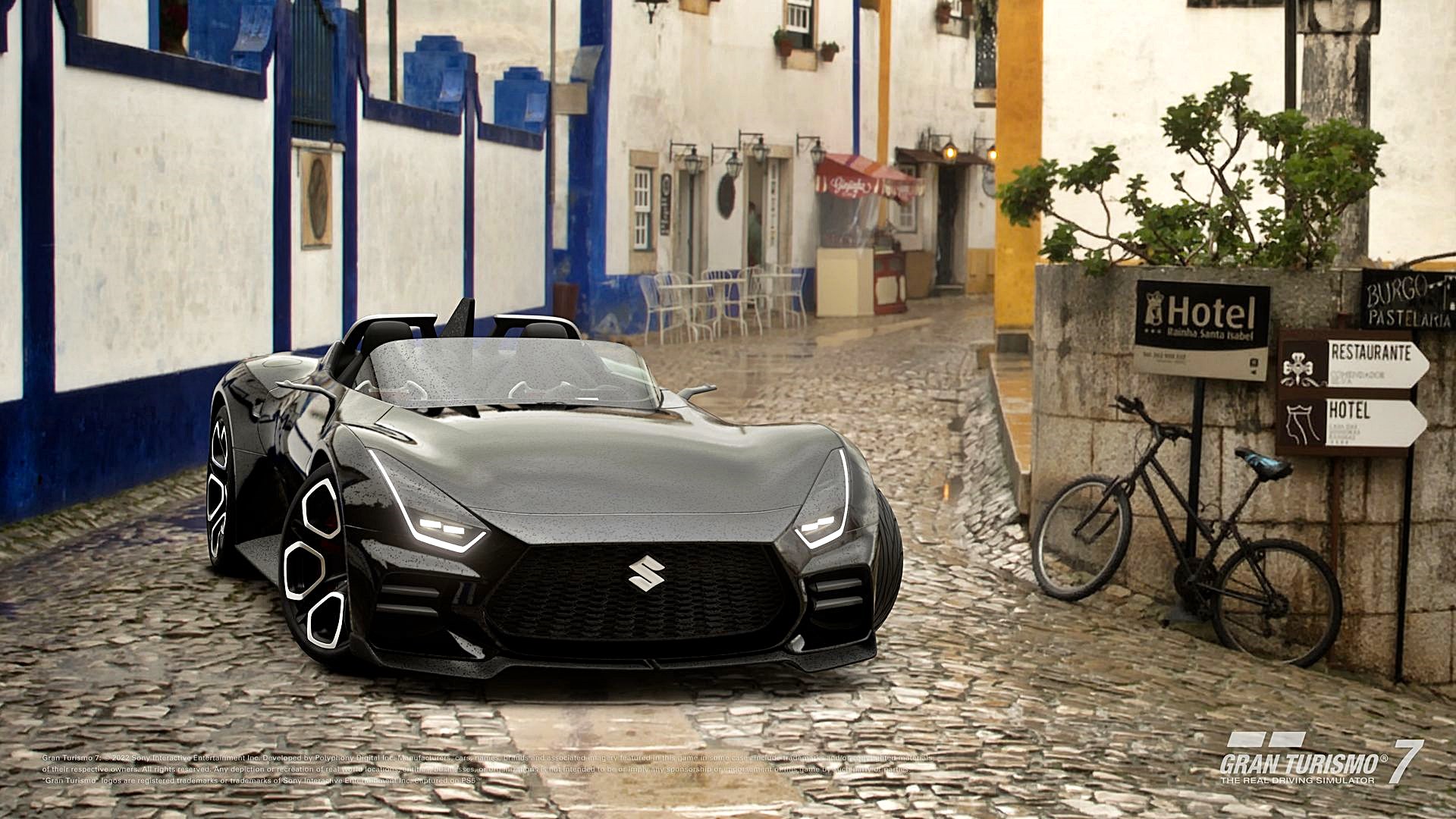 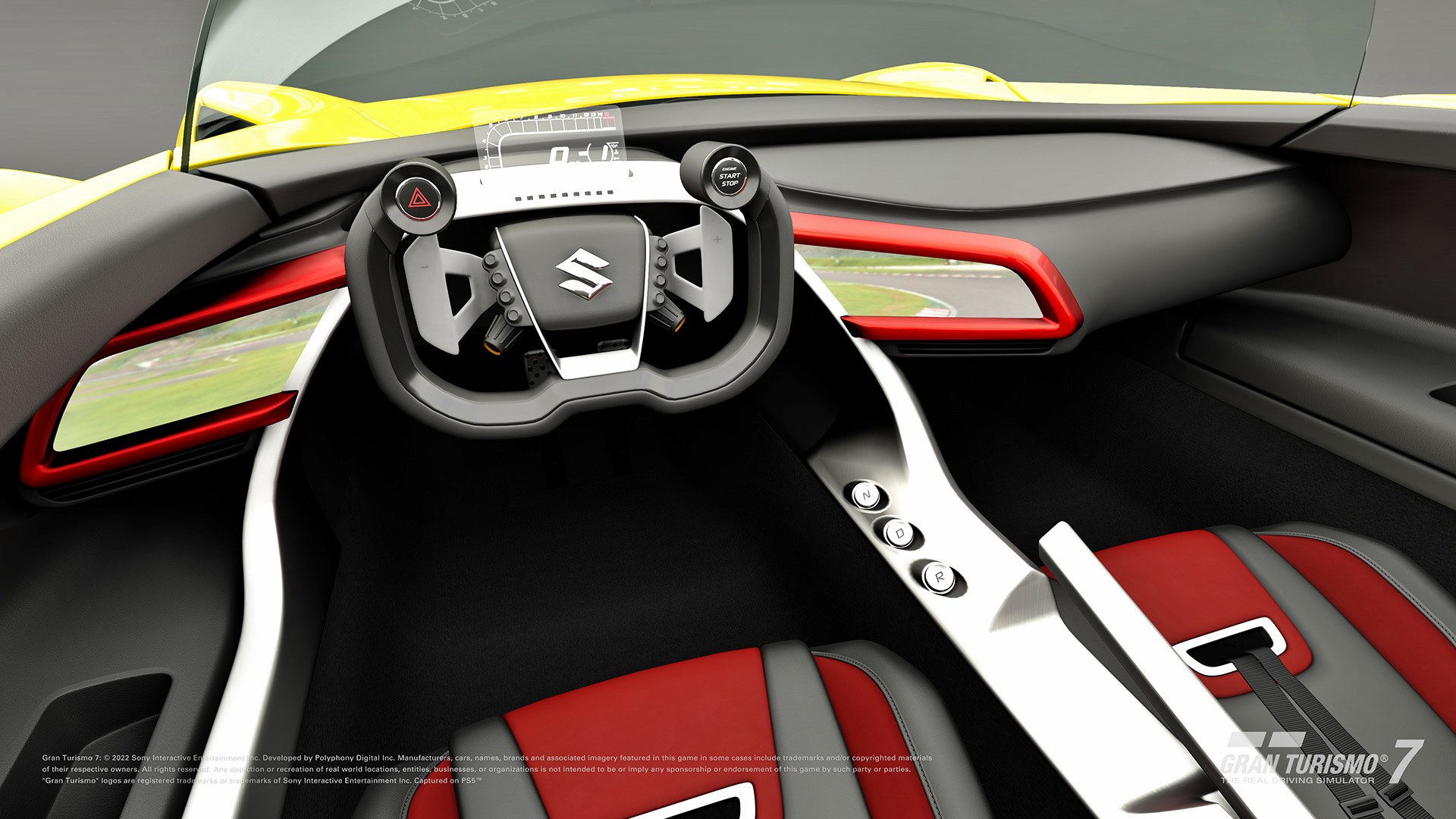 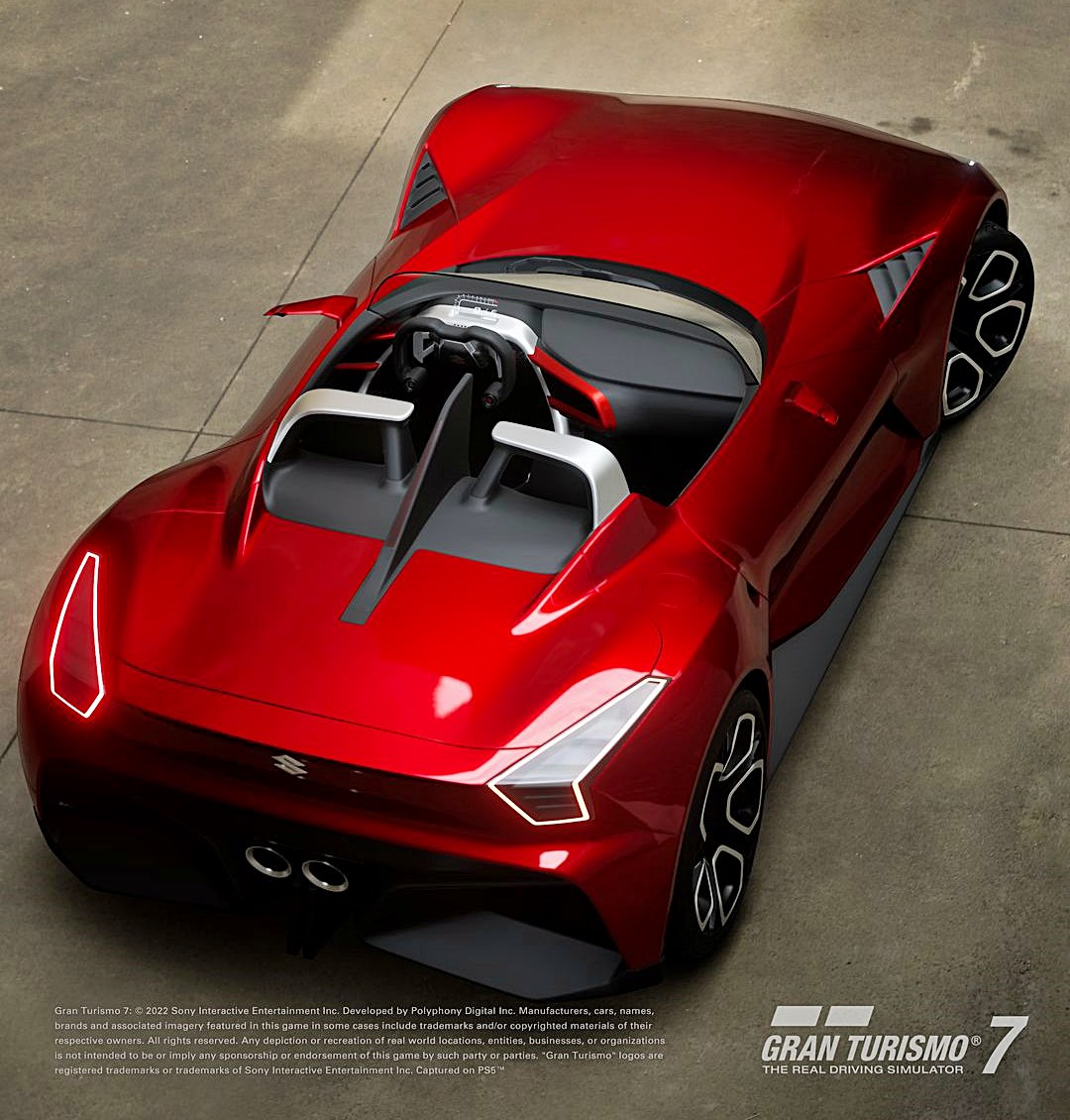 This isn’t the first time Suzuki fitted its powerful Hayabusa engine into an automobile. In fact, the company used it to power the GSX-R/4, a mid-engine sportscar concept that was shown in 2001. With the Vision Gran Turismo, Suzuki is recalling memories of that legendary showcar while introducing the latest technology.

According to Polyphony Digital, there will also be a Gr.3 version of the Suzuki Vision Gran Turismo soon. That would certainly raise this classic sportscar formula to the next level.