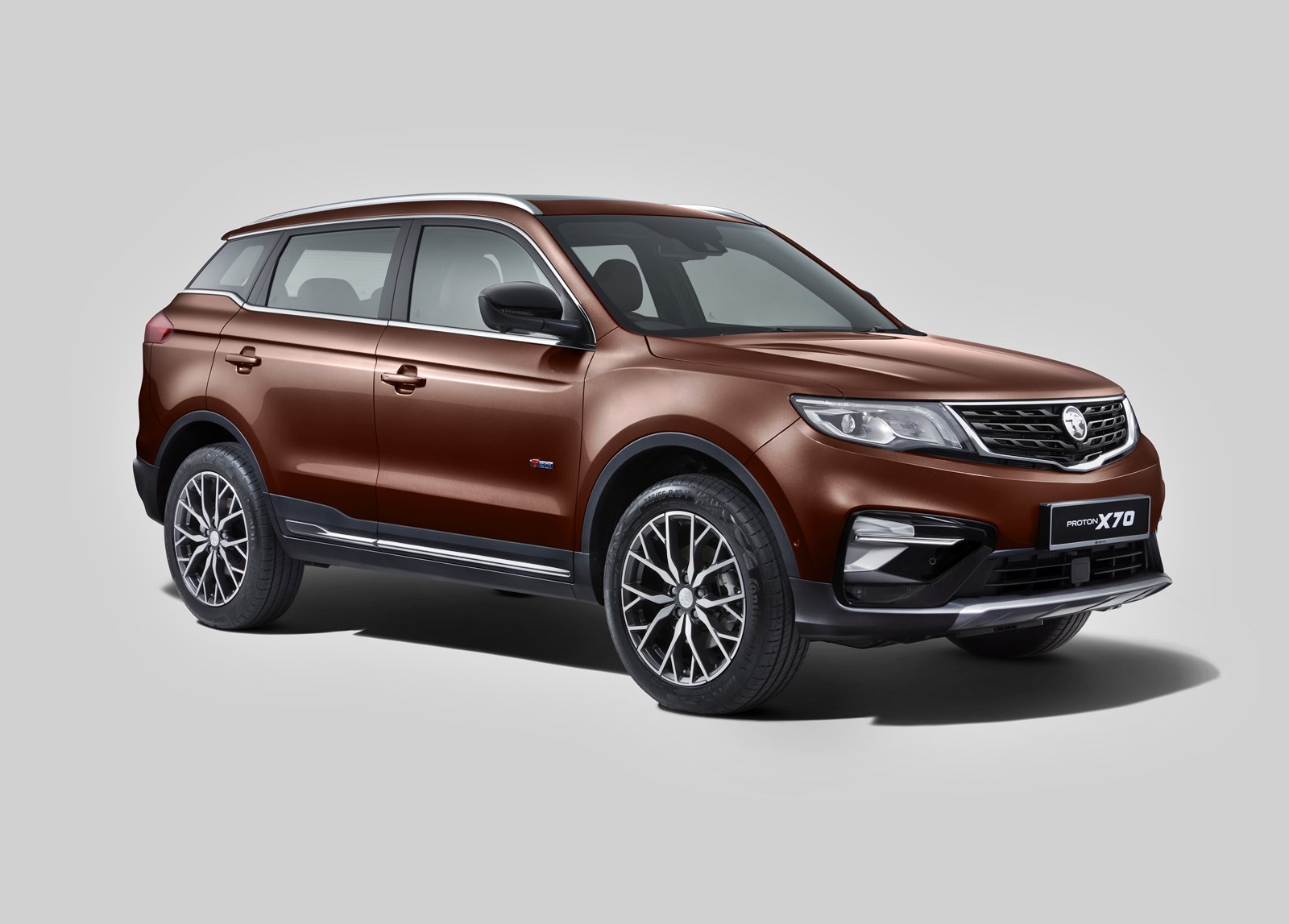 The first product to be launched when the Zhejiang Geely Holding Group (Geely) became DRB-HICOM’s partner in Proton was the X70, ‘Malaysianised’ from the Geely Boyue within a year of the partnership agreement being signed. It has remained a strong seller in the 4 years it has been in the market and is sold overseas as well.

Although demand remains strong, Proton is not taking things for granted and has given it some updating for the 2022 model launched online this morning. As with most midcycle changes, the new features are largely cosmetic with no changes to stamped parts to avoid incurring new production costs. 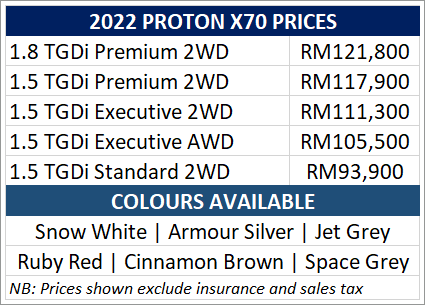 These include quartz black finishing on the front and rear bumpers, new 19-inch alloy wheels, power tailgate with foot sensor for handsfree opening and Nappa leather seats with new black headlining. Other features remain unchanged for each of the 5 variants. 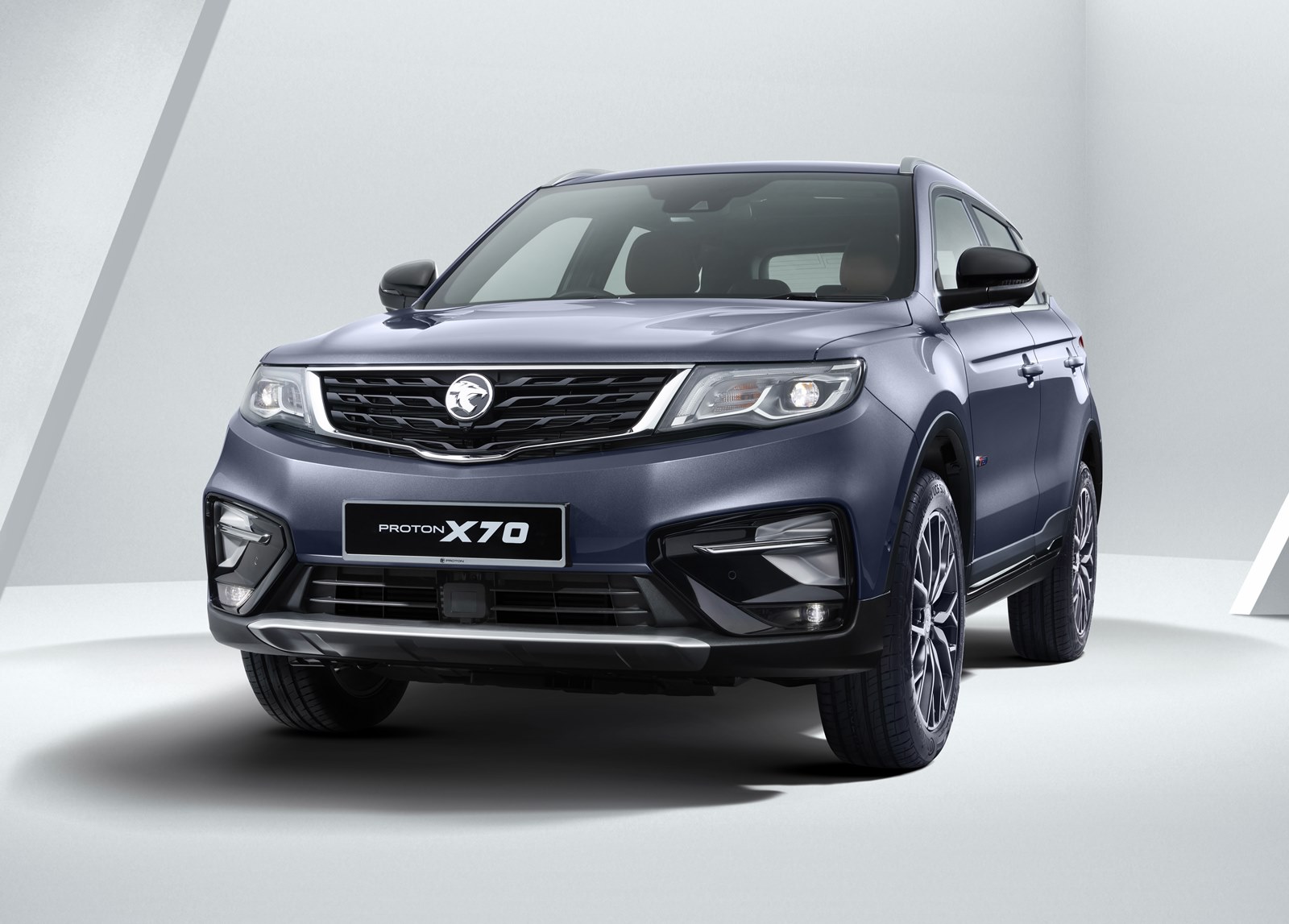 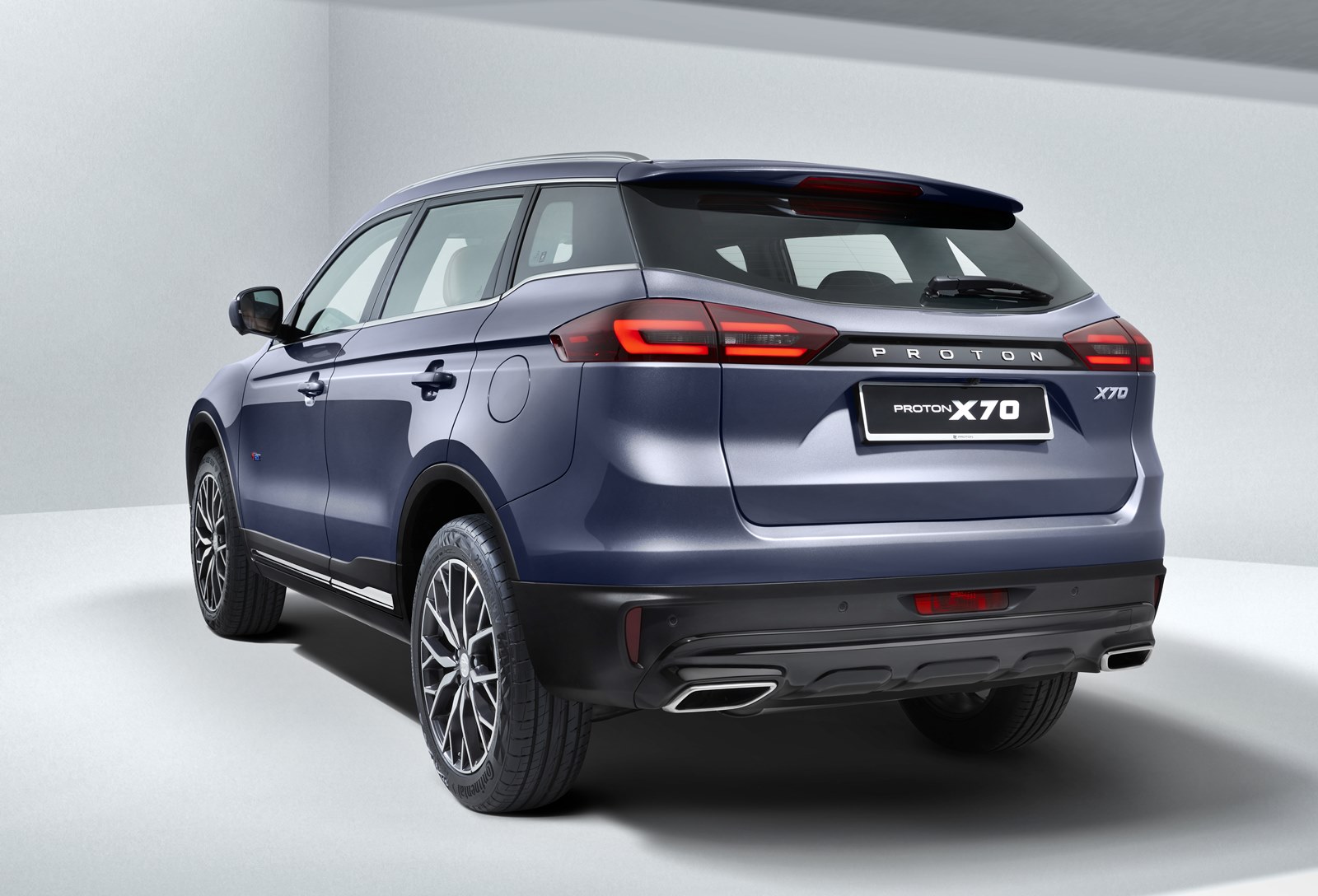 1.5-litre 12-valve 3-cylinder engine
However, under the bonnet, there is significant change with an additional engine option. This is the 1.5-litre JLH-3G15TD engine jointly developed by Geely and Volvo. It is already used in the X50 as well as export versions of the X70. If you add the other Geely Group models it is used in, the engine is powering vehicles in 22 countries.

Actually, if you look at Geely’s history, you will find that its very first car, the HQ/Haoqing, had a 3-cylinder engine. This was the 1-litre unit that was originally developed by Daihatsu for its Charade and which Geely licensed to make and use in its own models. That was back in the late 1990s and with the technology of that period, the output was around 50 ps with 70 Nm of torque. 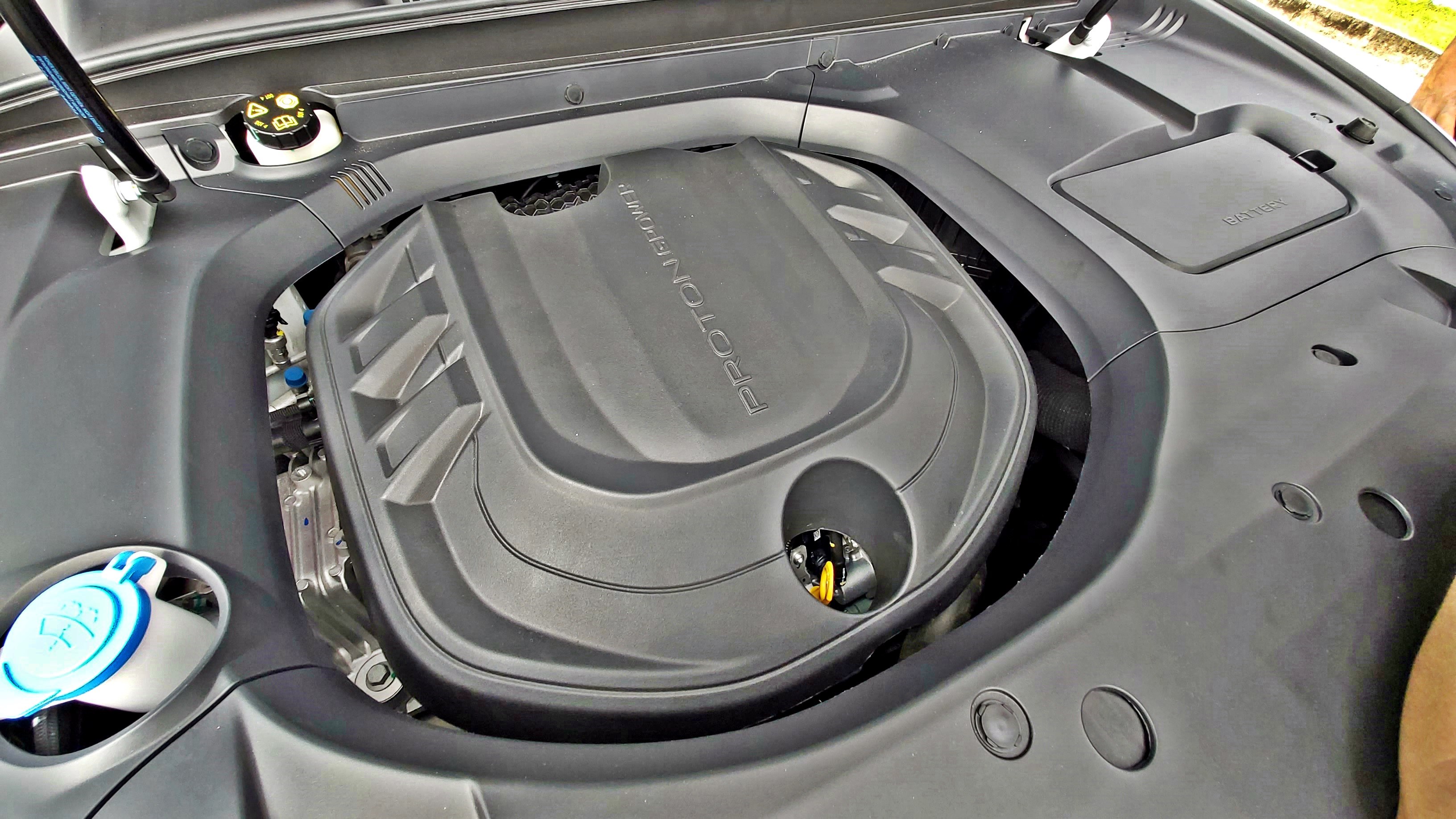 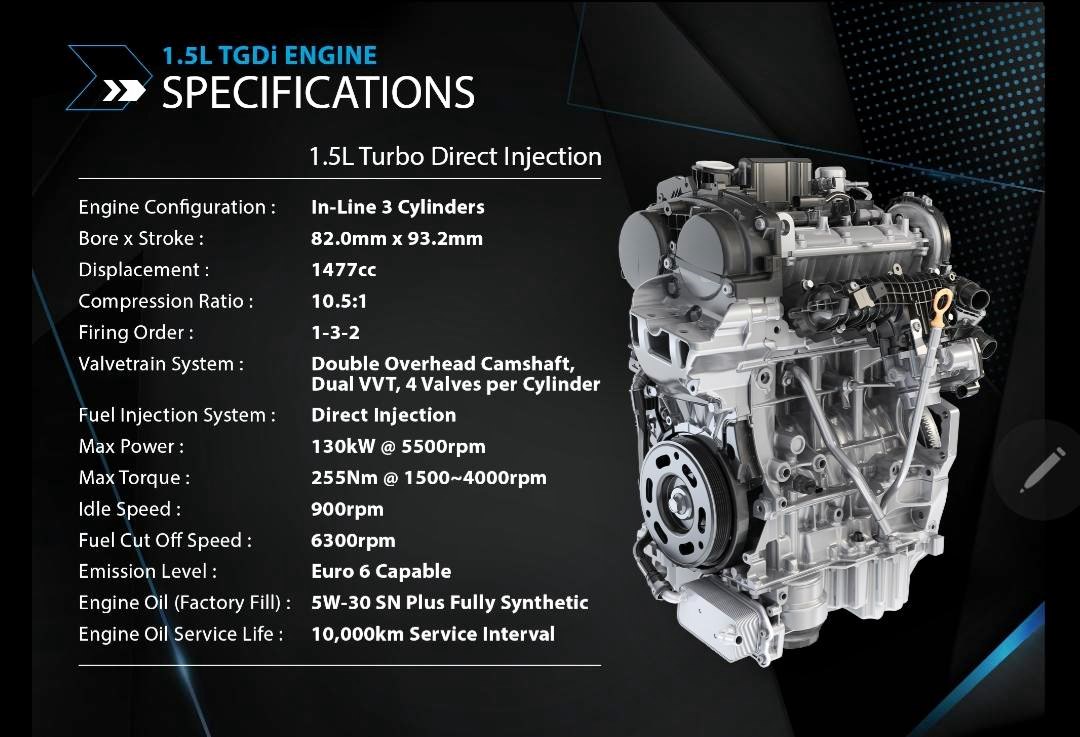 The 1.5-litre 3-cylinder 12-valve engine in the latest X70 produces 177 ps/255 Nm and it shows just how far engine technology has advanced. Of course, it has a larger displacement and has a turbocharger and direct fuel injection to boost power output, as well as other technologies that were not available in the 1990s.

3-cylinder engines have been around all along since the late 1970s when Daihatsu started mass-producing them for the Charade and other models. Millions of Malaysians have also been driving cars with them as they are used in Perodua models. But the reason why this configuration has gained more widespread use over the past 15 years has been that the industry has been downsizing powerplants to improve fuel efficiency and reduce emissions. With turbocharging and more advanced fuel delivery, it has been possible to squeeze more out of a 3-cylinder engine with a smaller displacement. The reduced displacement and size means less consumption, which Proton claims is 7% less than the 1.8-litre engine. 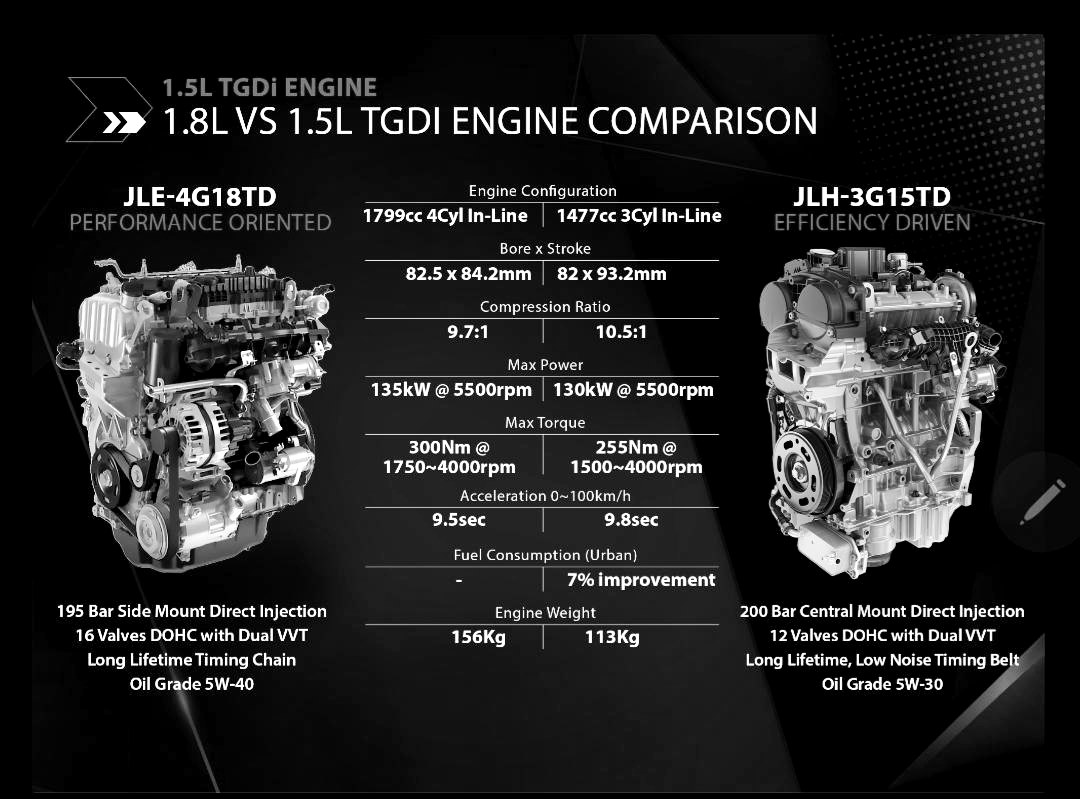 The earlier generation of 3-cylinder engines were noisy, partly because of vibrating more due to their odd firing pulses and also because they were usually in low-cost models. Today, with more extensive measures against noise, vibration and harshness (NVH), their inherent noises are masked more effectively from the cabin.

One interesting measure in the X50 engine is the use of a softer material for the engine cover, which is usually just hard plastic that doesn’t absorb sound so well. Furthermore, much of the engine bay is also covered up, helping to contain mechanical noises.

Is it less durable?
There are some who feel that a 3-cylinder engine may not be as durable and lasting as a 4-cylinder engine because it has to work harder. Where durability is concerned, the engine has been tested thoroughly over 12 million kms in all types of conditions. And because it is already in over 750,000 vehicles globally, there is plenty of real-world feedback to help the engineers identify any areas needing improvement or rectification. So what Malaysians are now getting (the engine is assembled at the Tg. Malim factory as well) could be considered an optimised version with all the improvements made over the past few years. 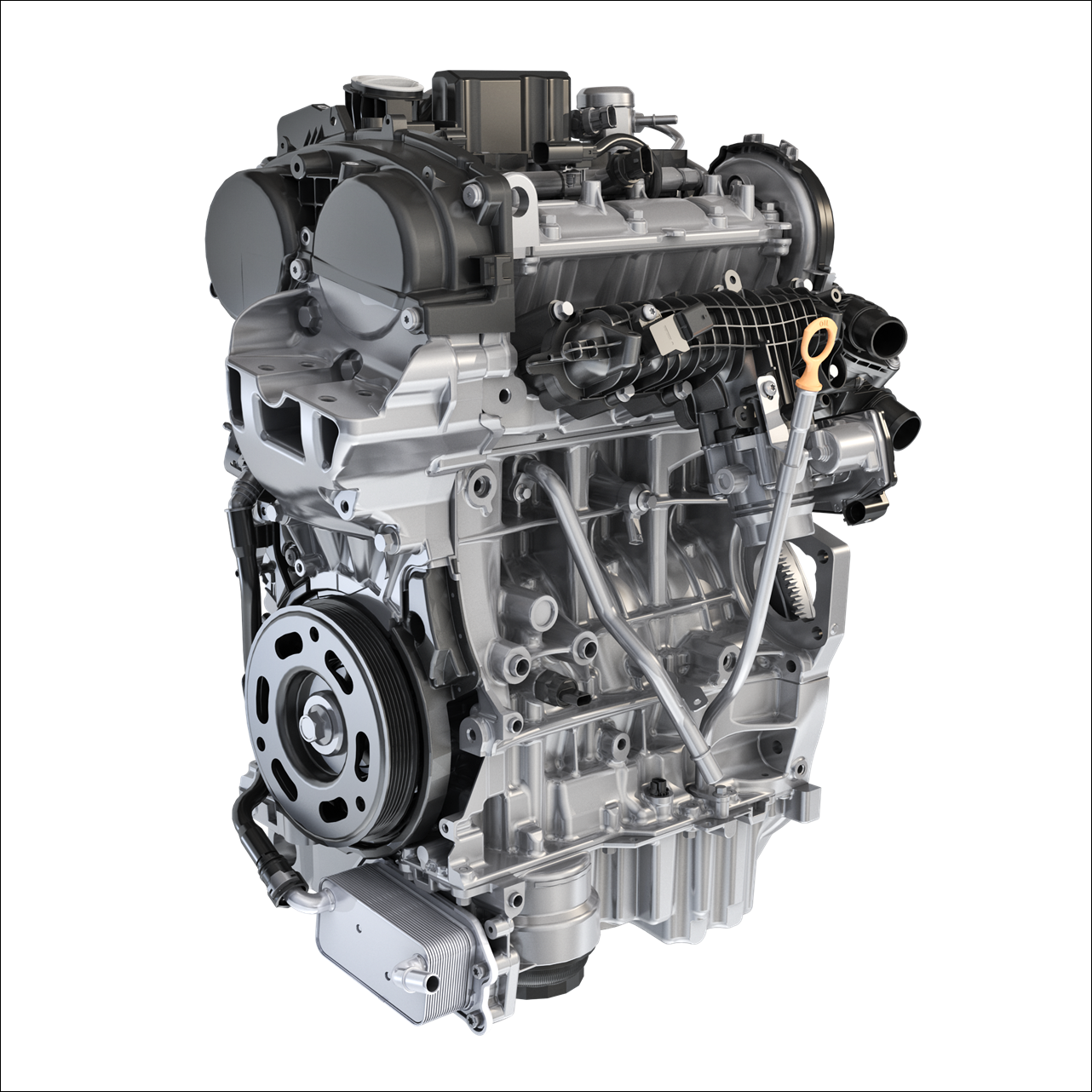 There’s a 7-speed dual-clutch transmission (wet type) which sends power to the front wheels or all four wheels, the latter all-wheel drive system having been demanded by some customers. It was available initially in the CBU models from China but omitted with the locally-assembled version. Whether to pay the extra RM5,800 for having AWD is really up to you. Where we would have said (and that would be years ago) that AWD can help make driving safer with better grip and stability, there are many active systems like ESC and traction control which can also provide stability and grip in slippery conditions so the added cost of AWD (plus some extra weight) may not be necessary any longer. 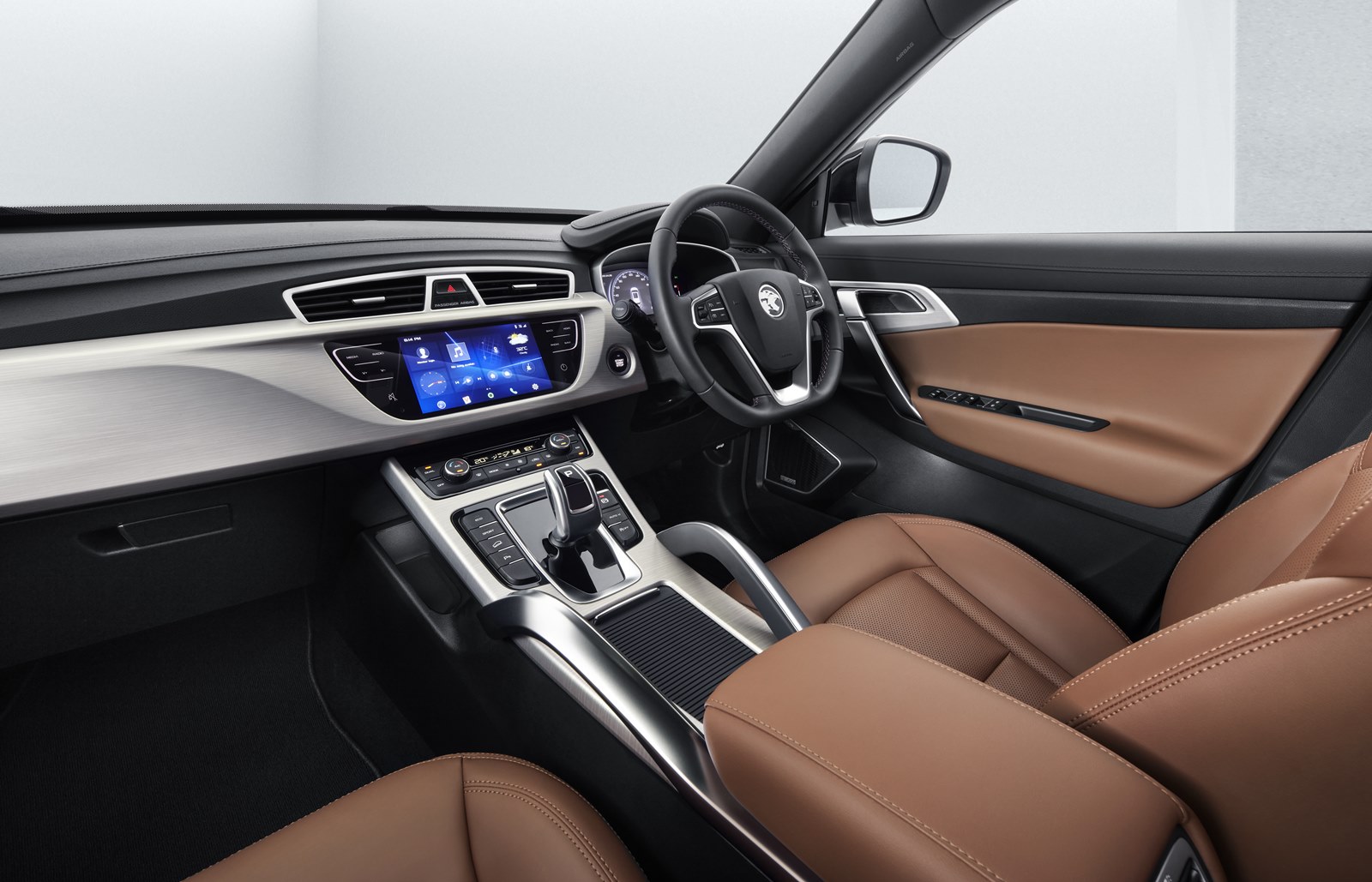 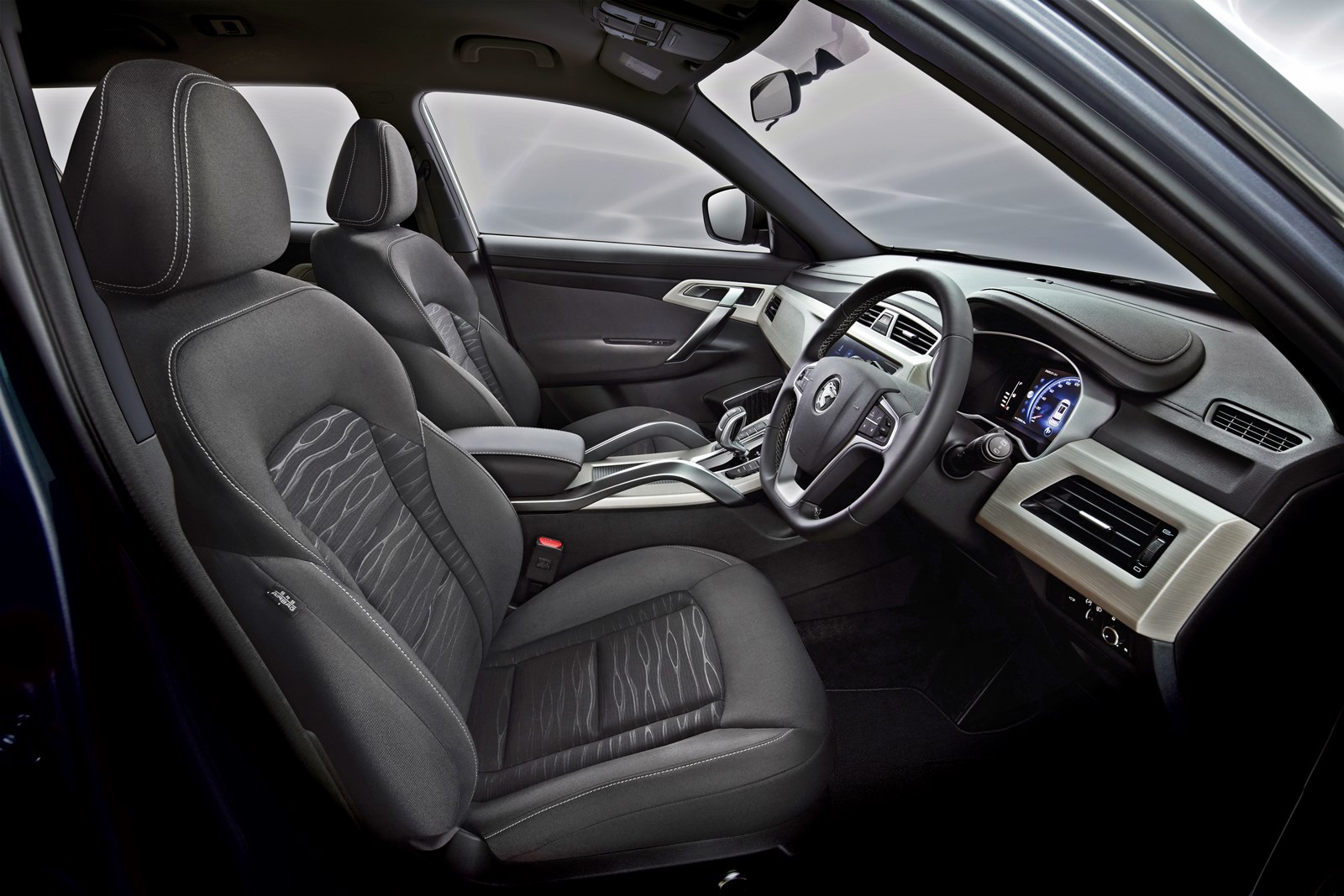 First driving impressions
As the cosmetic and feature changes are minimal, let’s jump straight to the first impressions we had of the X70 running with the 1.5-litre engine. Though it’s been in the X50 a while, this writer has not driven that model so far so the comparisons would be with the X70 1.8 that has been on sale for 4 years now – and the last time we drove the car was just before the MCO began.

Anyway, Proton’s drive event earlier in the week was for us to get brief impressions of the performance which they expect to be of interest to many in view of the heavier and larger vehicle size. It was a short drive around Selangor, about 130 kms, with mostly highways and moderate traffic conditions. A more comprehensive video report will be done later when we can get a new X70 for a longer period. 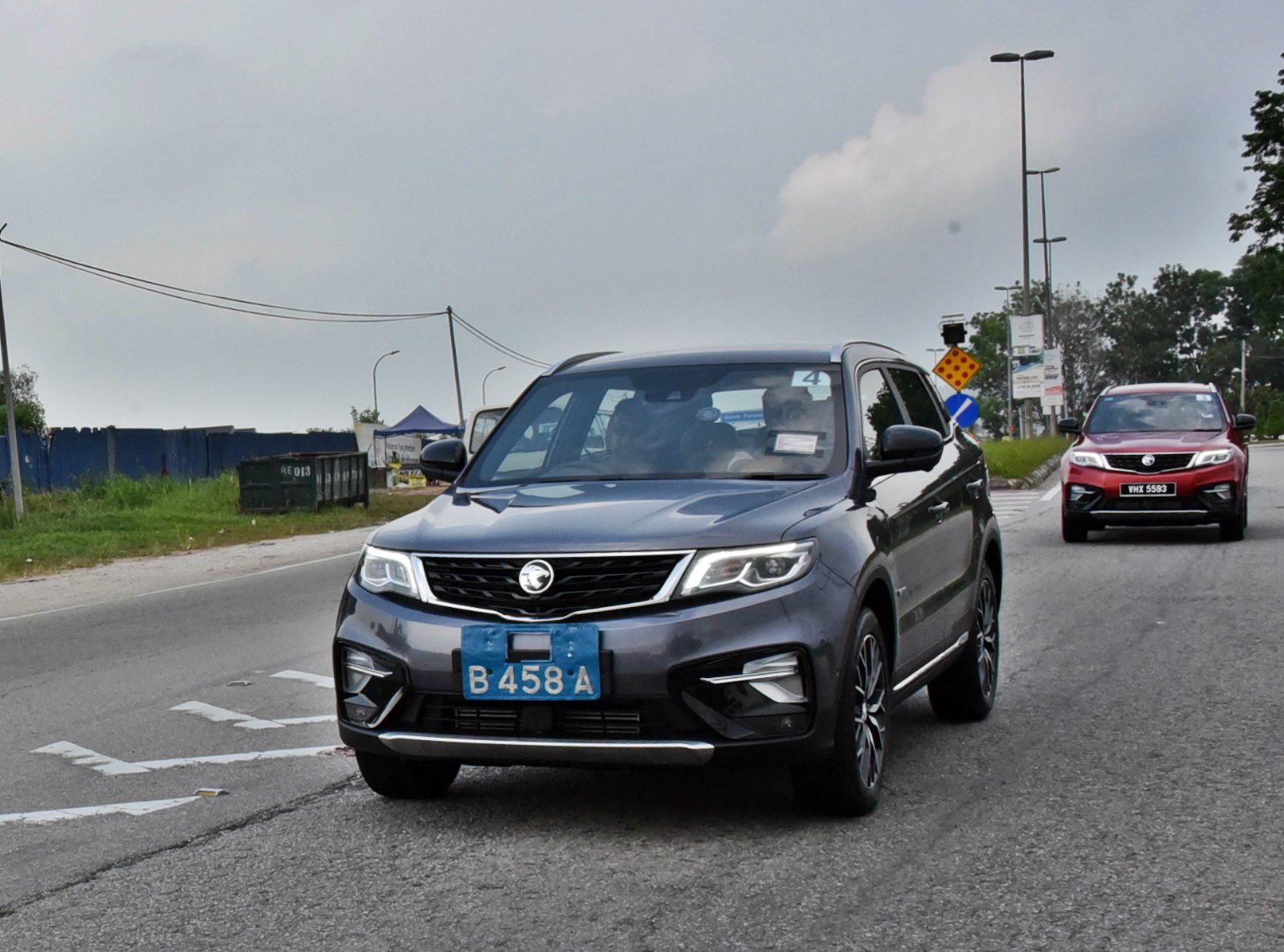 Generally, if not told whether it is a 1.5 or 1.8 engine, most people are unlikely to discern the difference except either someone who owns one or the enthusiasts who are more sensitive to the smallest differences. However, when accelerating hard, there is still that familiar ‘motorboat noise’ of 3-cylinder units but it is not too intrusive due to the good NVH measures. It sounds ‘distant’ and is at a frequency that does not irritate. In terms of engine smoothness, there’s virtually no difference to the X70 1.8 when cruising.

On paper, the difference in 0 to 100 km/h time is said to be just 3/10ths of a second longer than the X70 1.8 and though this seems insignificant, there is some perceptible difference at the lower end when you accelerate hard. To compensate for the lower output but heavy body, the maximum torque is available 250 rpm earlier than in the 1.8 engine, but the engine doesn’t surge off the way the X70 does.

But then again, how often does the average driver floor the pedal when moving off, unless he or she is in a real hurry? In real-world driving (which is how I assess a car), the acceleration is strong enough to move off briskly and get up to speed fast enough. 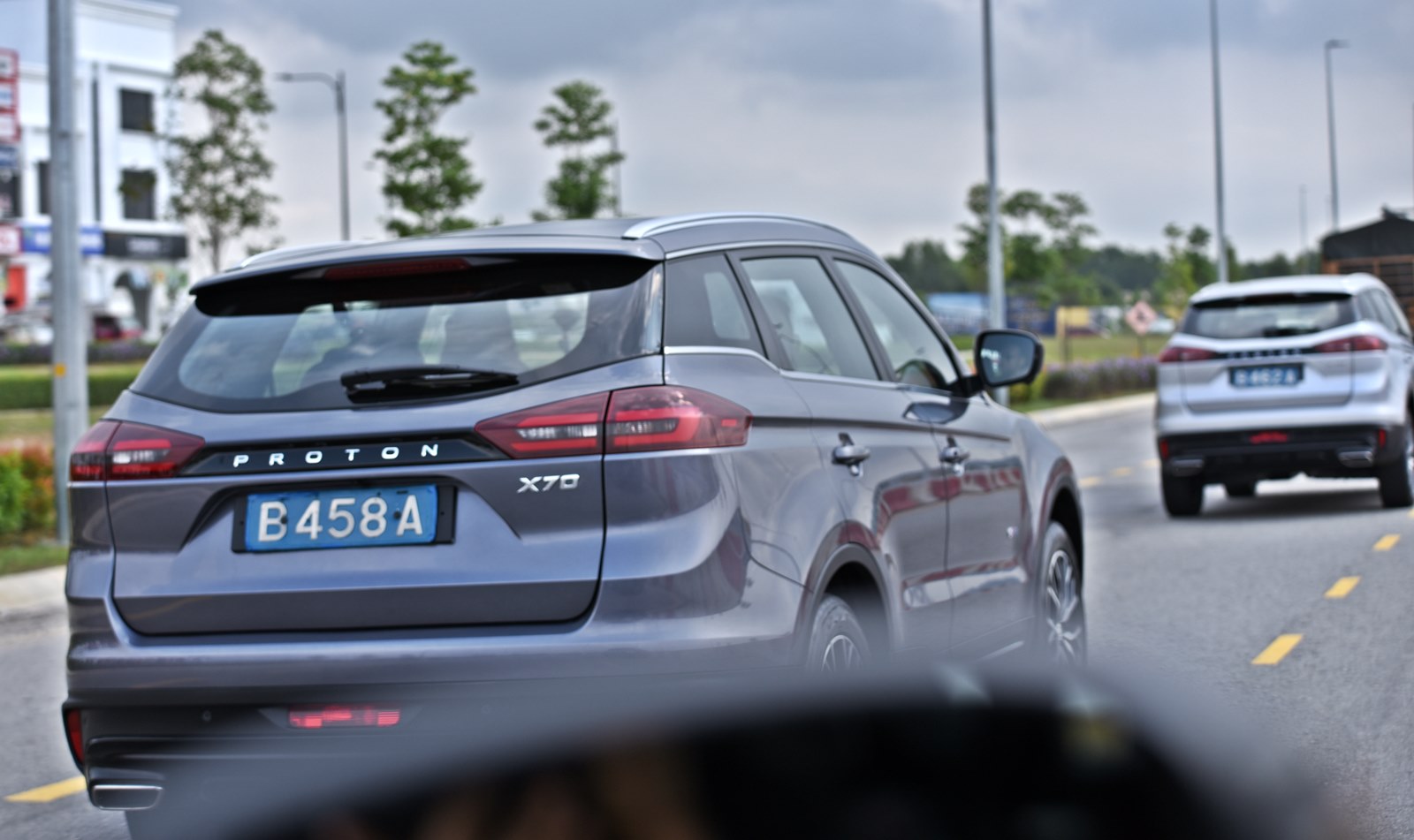 The more important thing is how quickly the car can accelerate in mid-range as this is when you overtake others or join a highway. With plenty of torque, there’s little lag and the engine doesn’t hesitate, accelerating cleanly from low revs. And the 7-speed DCT also provides a good spread of gears to smoothly transition up and down.

One thing that would be interesting to check is how the engine performs on steep inclines, Unfortunately, we could not do this as our route was generally flat. That it has only 4% less power may not be an issue on level roads but the heavy weight could have an effect on performance when climbing slopes. In the lighter X50, it is okay but we’re not sure about the X70 and that’s something we’ll have to find out later on. 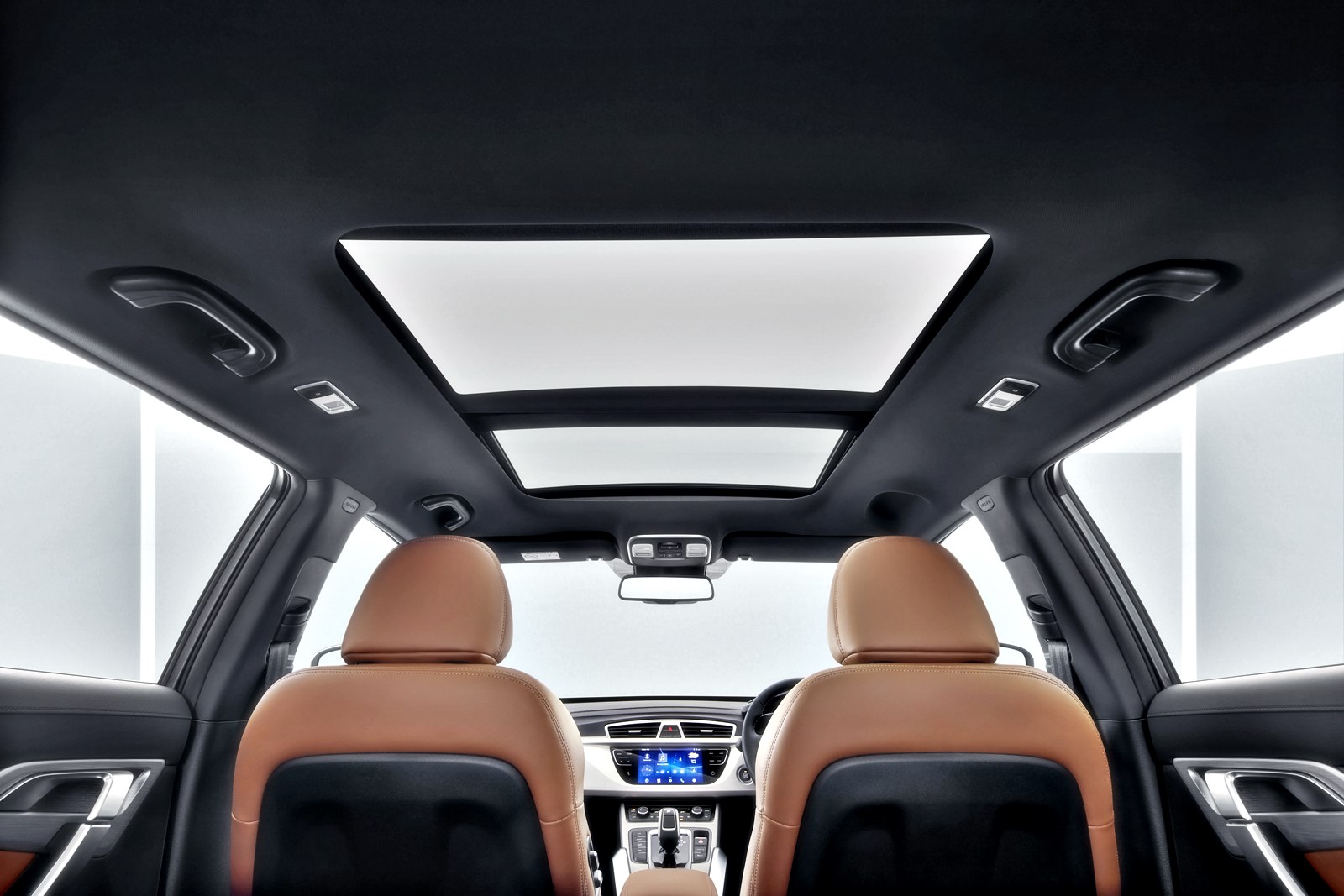 While Proton still has the supply issues delaying deliveries, the earlier you book, the better since you get in the queue earlier. The prices quoted are without sales tax and the Finance Minister has said before that the exemption will not be extended again. So the number of customers who book today who can get the lower price may be very few as there are still others waiting for their X70s.