Lamborghinis are not a common sight (well, perhaps in some Middle Eastern countries) and it is a rare sight to see many gathered at one spot. But the Lamborghini Owners Malaysia (LOM) club managed to assemble up to 112 of the supercars at a carpark near the KLCC to set a national record. It beat the record of 77 units that had been set in May 2013 at the same location.

For their effort, LOM received a certificate confirming the new record which will now be listed in the Malaysia Book of Records. 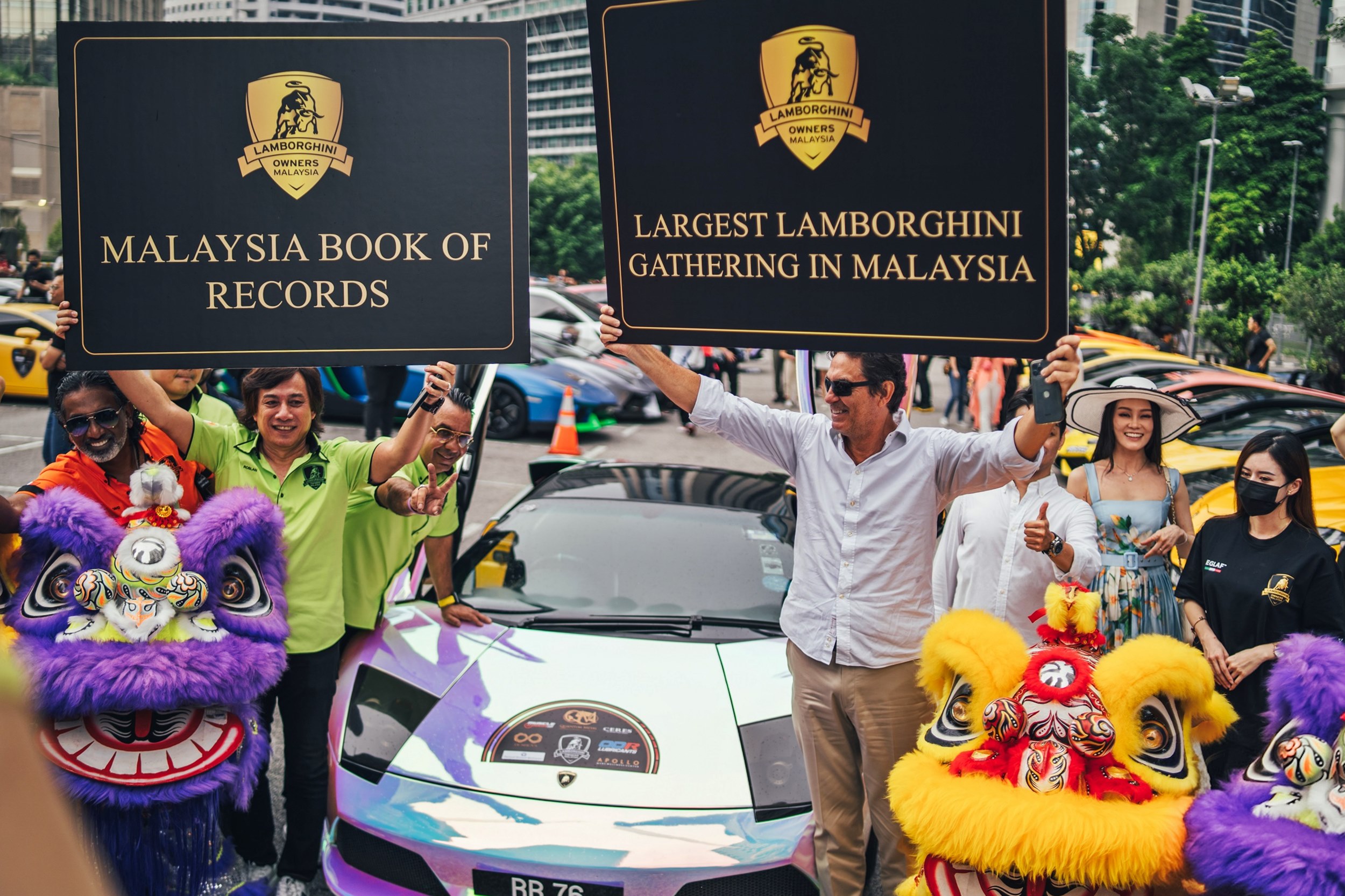 “This milestone in our club’s history also marks our ode to the legendary Lamborghini brand, which celebrates beauty and performance, infused by an indomitable spirit,” said Roslan Rosdi, President of LOM.

The record-breaking gathering was not only joined by existing members of LOM but also Lamborghini owners who are keen to be part of the expanding club. The biggest challenge for the attempt was getting all owners, many of whom are busy businessmen, to take time to join the event. “Our members however are more than happy to gather for a good cause,” said Dato’ Rakesh Sachdev, LOM Organising Committee Chairperson.

The models assembled ranged from vintage and rare Lamborghinis such as the Gallardo Malaysia Limited Edition (of which only 20 were ever produced) and Murcielago, along with more modern ones like the Huracan Spyder, Aventador SVJ and Urus SUV.

Following the celebration at the carpark adjacent to the Mandarin Oriental hotel, a convoy of over 100 Lamborghinis left at about 1 pm to head for Bukit Tinggi. It was, unofficially, the longest single line of Lamborghinis in a convoy. On the hilltop resort, the owners and other guests enjoyed the Bulls Ball and a one-night stay at the  La Chateau Spa & Wellness Resort.