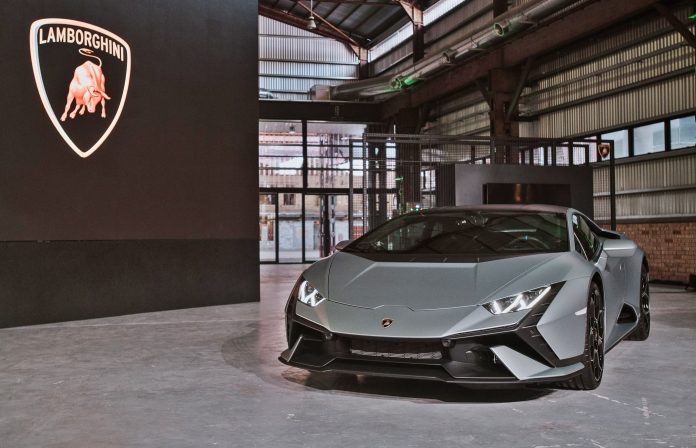 Malaysia must be one of the important markets for Lamborghini if a model launched in April this year makes its debut here just three months after the world came to know about it. This is the Huracan Tecnica, a versatile super sportscar for road as well as track use.

Officially imported, the price of the Tecnica starts from RM1.05 million, which is less than the RM1.48 million pricetag of the Huracan STO which was introduced in Malaysia a month back. Of course, how much a customer actually pays will depend on the level of customisation. To help customers select options, Lamborghini has its Ad Personam department which can personalise each car in almost any way a customer wants. 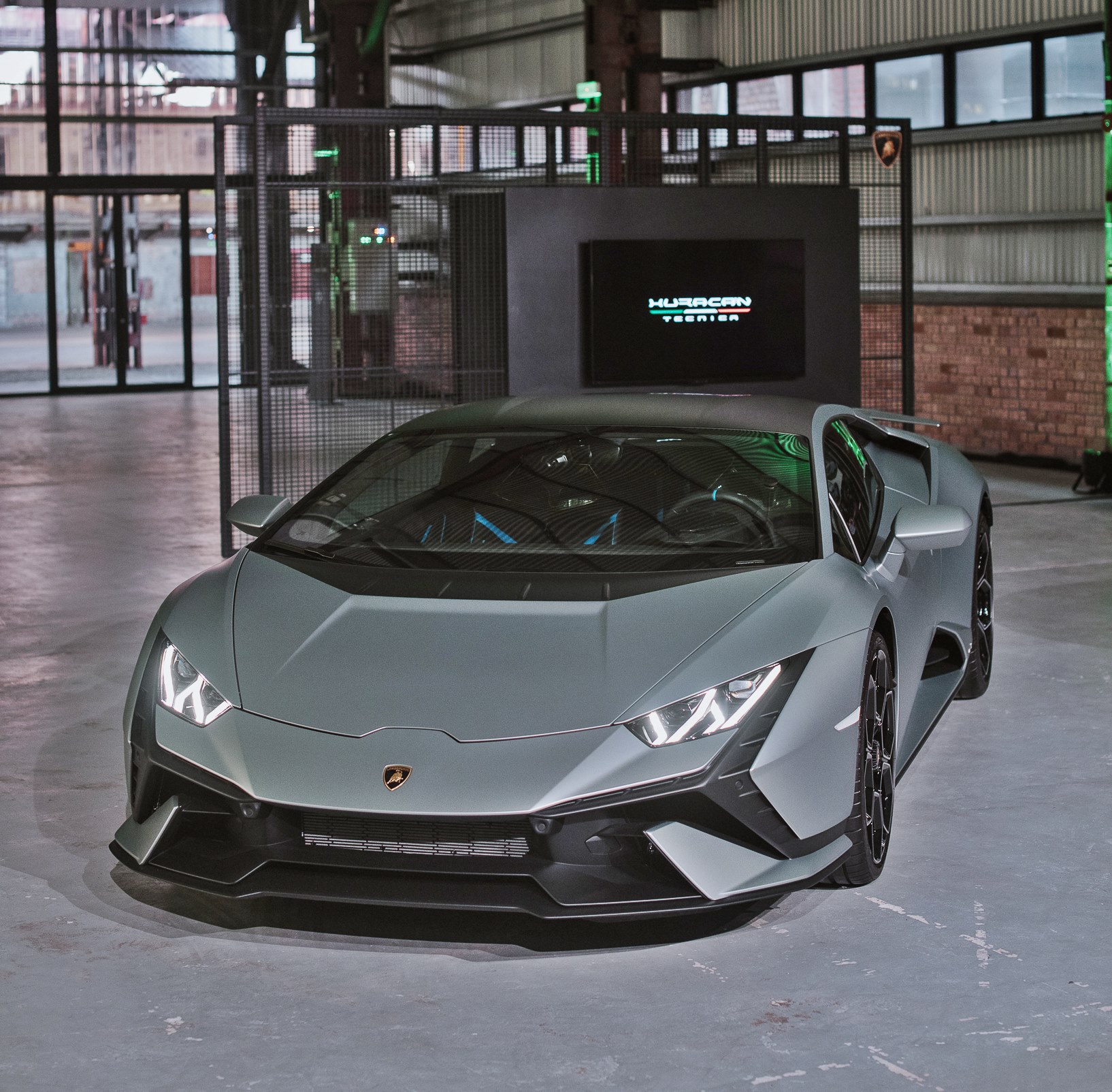 While recognisably a member of the Huracan family, the Tecnica sports its own sophisticated design with a stronger, predatory stance. The frontal area is inward-facing, with muscular shoulders flanking the lightweight carbonfibre bonnet.  A new bumper, featuring the Terzo Millennio’s black Ypsilon design, incorporates an air curtain for the first time in a Huracan.

The profile of the car also sets it apart in the Huracan family. It has an extra 6.1 cm more length than the Huracan EVO and is the same height and width but appears lower and broader, with a silhouette inspired by the daylight opening line from the Essenza SCV12. 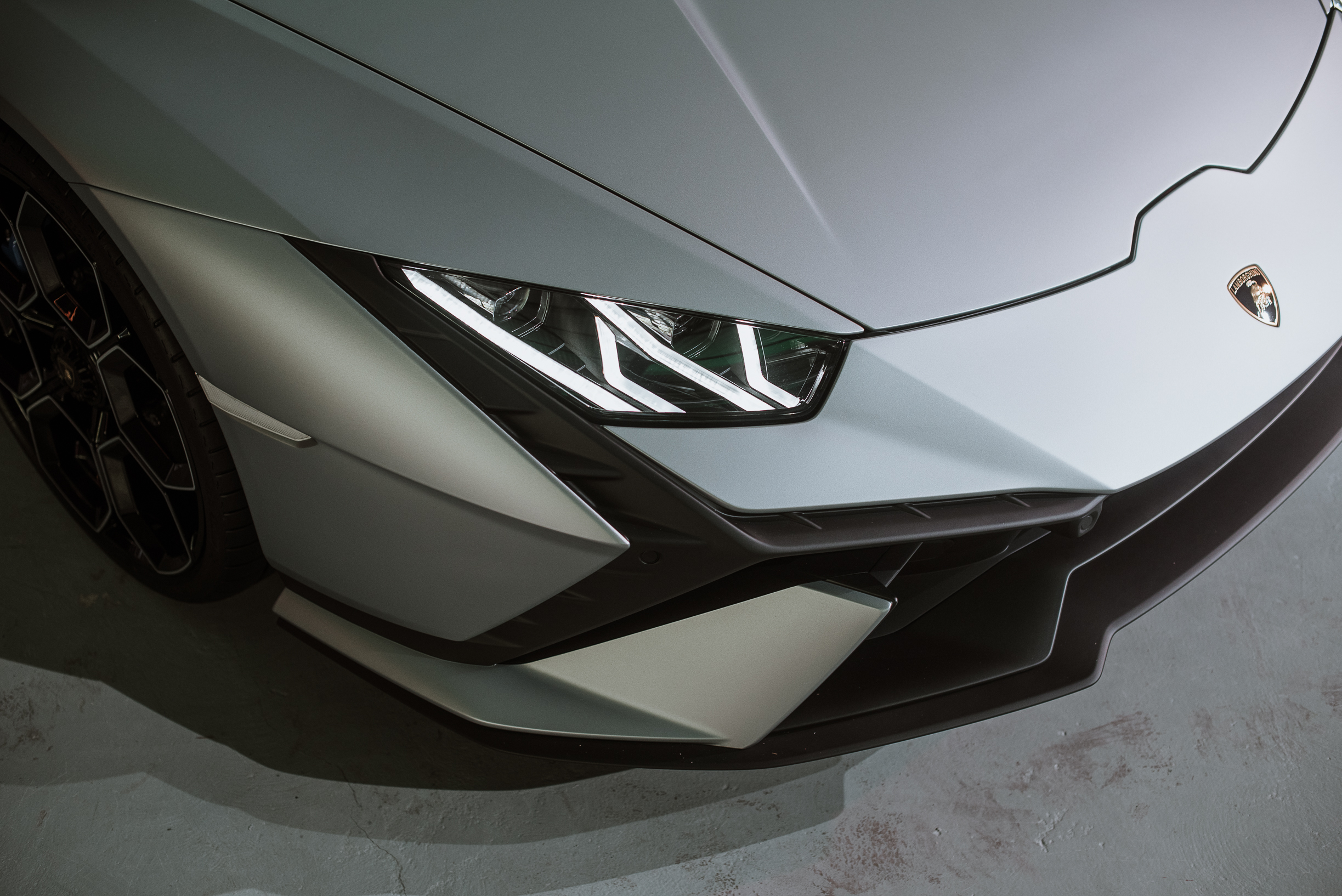 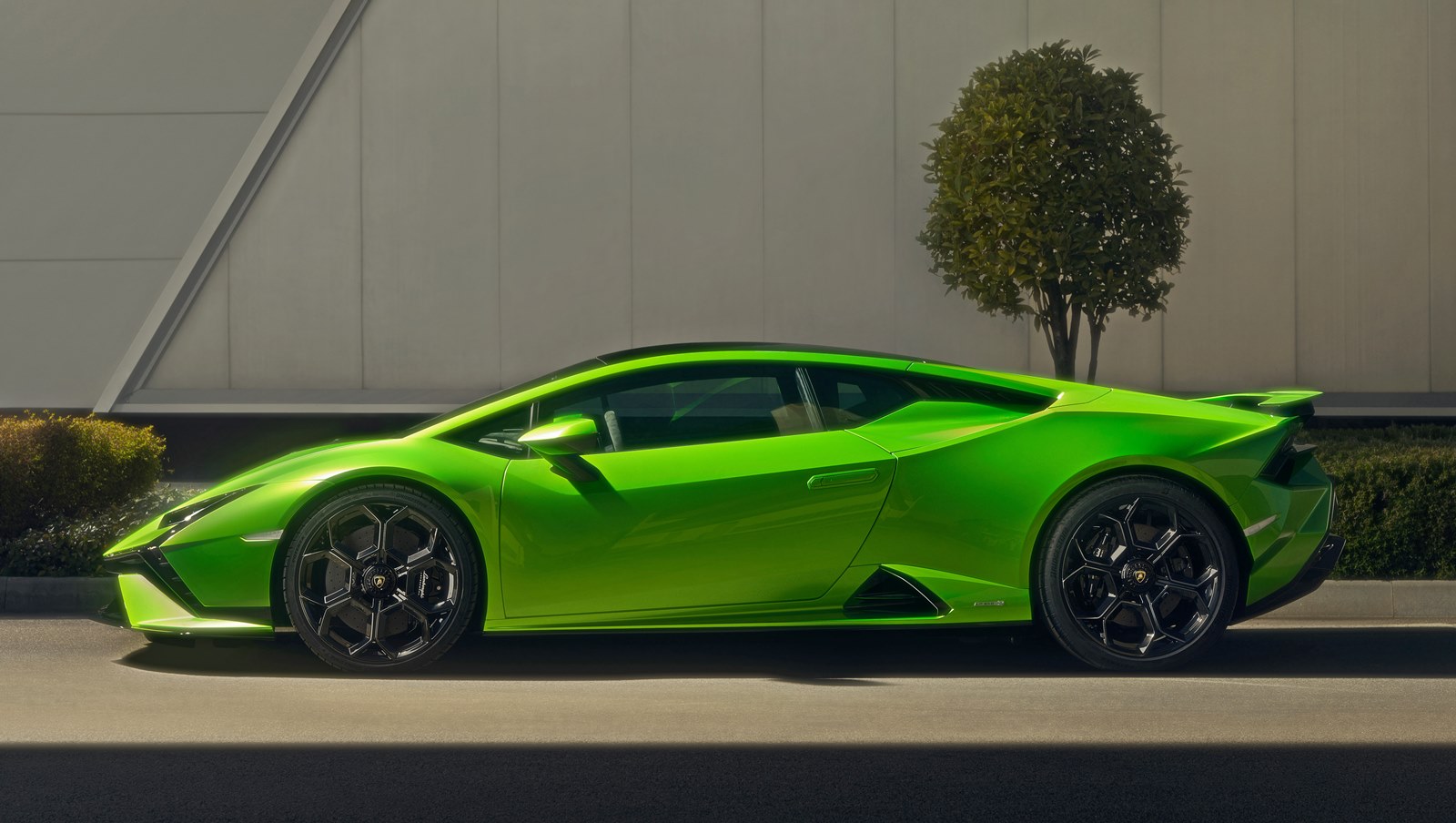 The reshaped rear end has a new vertical rear glass window for improved visibility as well as a new bumper with an optimized air inlet and new hexagonal exhaust pipes. The fixed wing completes the lines of the Tecnica, its aero design essentially contributing to 35% increase in rear downforce (compared to the Huracan EVO RWD). The added downforce does not create more drag: in fact, drag is reduced by 20%. The Tecnica’s underbody is also optimized with new aero deflectors for improved aerodynamic efficiency. 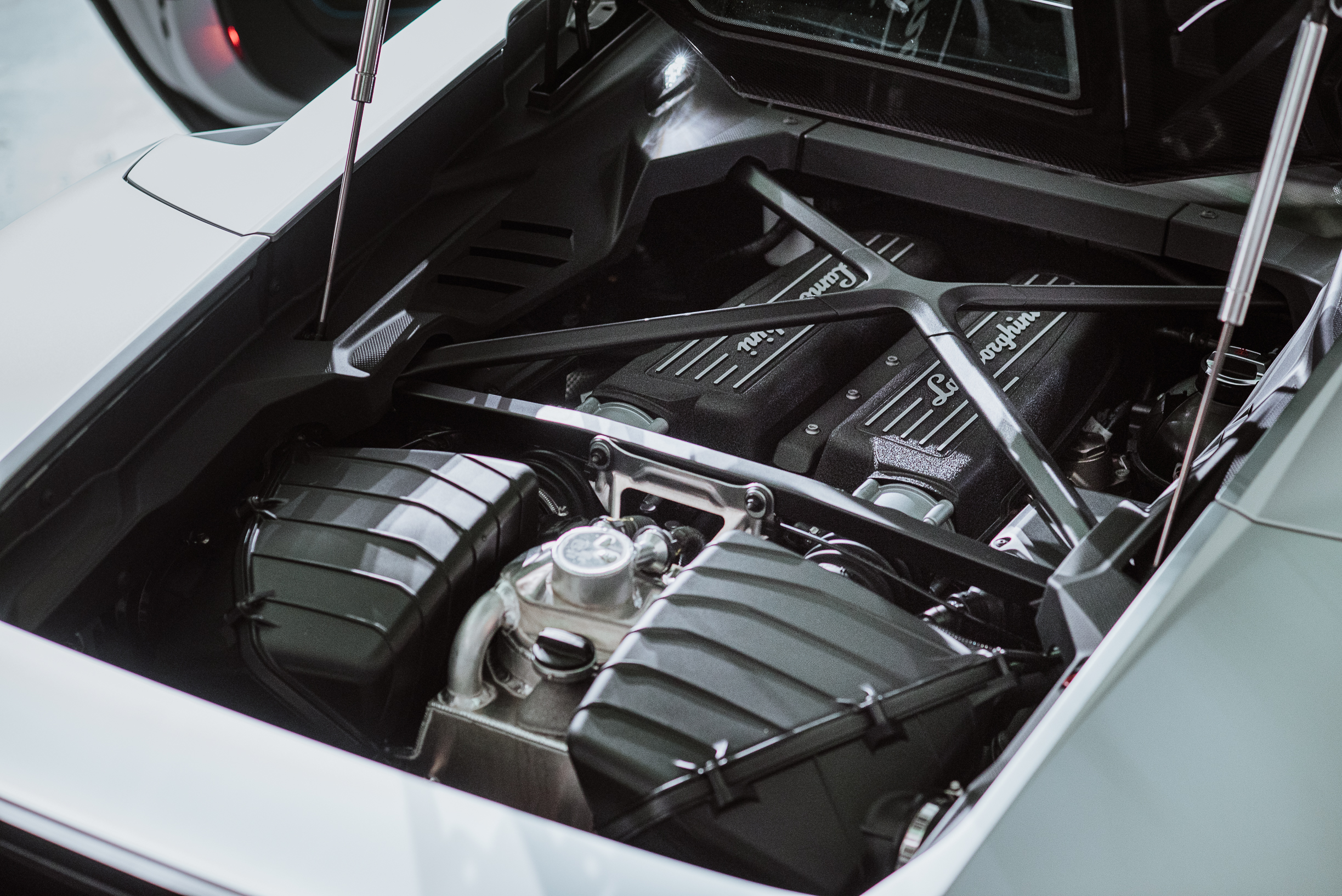 At the heart of the Tecnica is the LDVI (Lamborghini Dinamica Veicolo Integrata) system, which controls every aspect of the car’s dynamic behaviour by integrating vehicle systems and set-up to deliver feed-forward pre-control in virtual real-time, for perfect driving dynamics.

The rear-wheel drive Tecnica incorporates rear-wheel steering with direct steering ratio and torque vectoring, together with a modified Performance Traction Control System (P-TCS) and specific suspension set-up for the Tecnica. 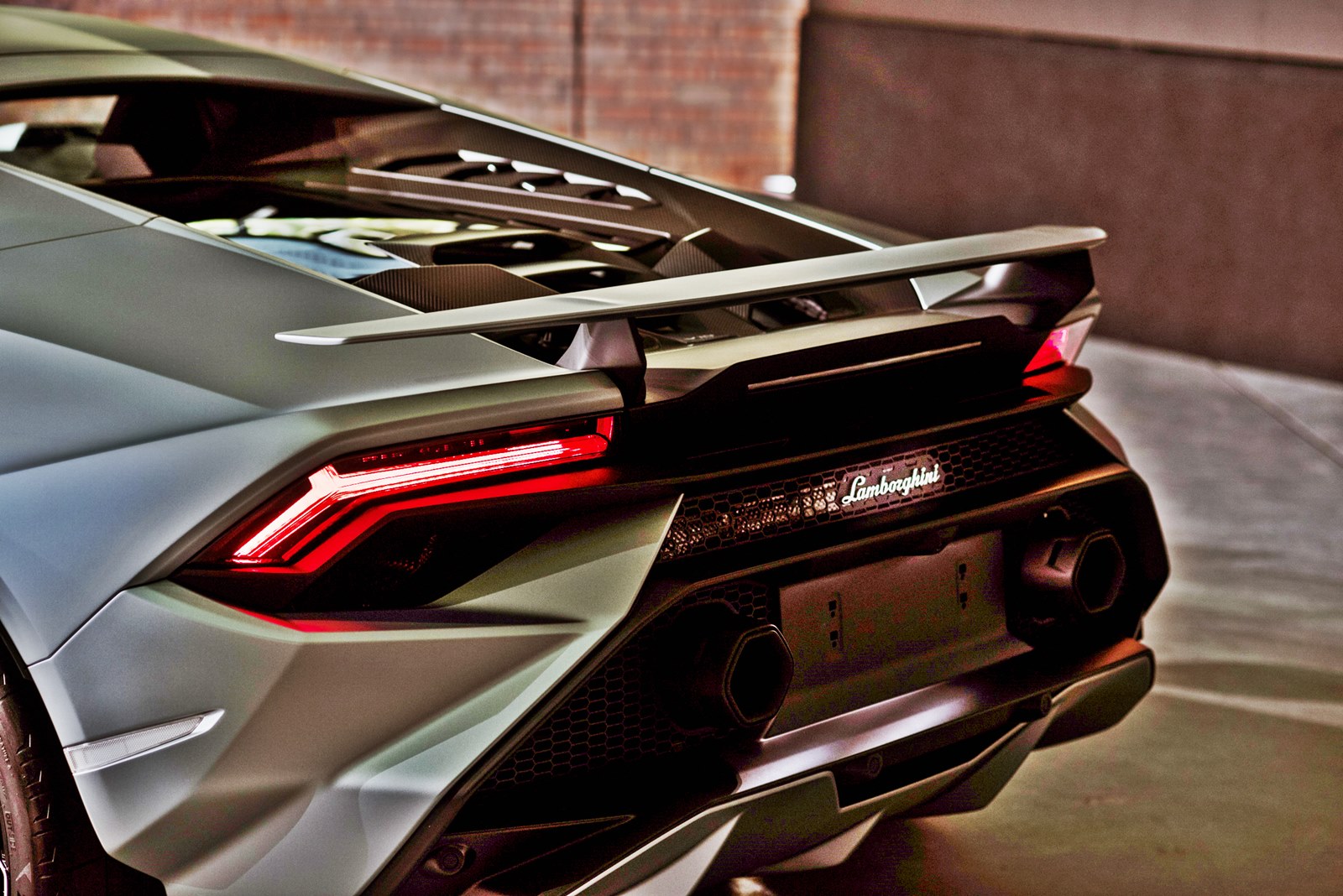 The driver has a choice of three drive modes – STRADA, SPORT or CORSA – which give highly differentiated responses by specific tuning of the engine and transmission, as well as other systems. In the CORSA mode, the Tecnica has optimized track-oriented throttle response and the fastest gearshifts, with maximum precision and agility from all systems via the LDVI, including maximum lateral and longitudinal grip from the torque vectoring and P-TCS respectively.

The interior of the Tecnica is very much a driver-centric environment, with height-adjustable sports seats that immerse the driver pilot in his cockpit. There is a lot of evidence of weight-saving in various areas – like the lightweight door design, and rear arch and wheel bolts in lightweight titanium. Full harness seatbelts are installed for those who may spend time at the track frequently. 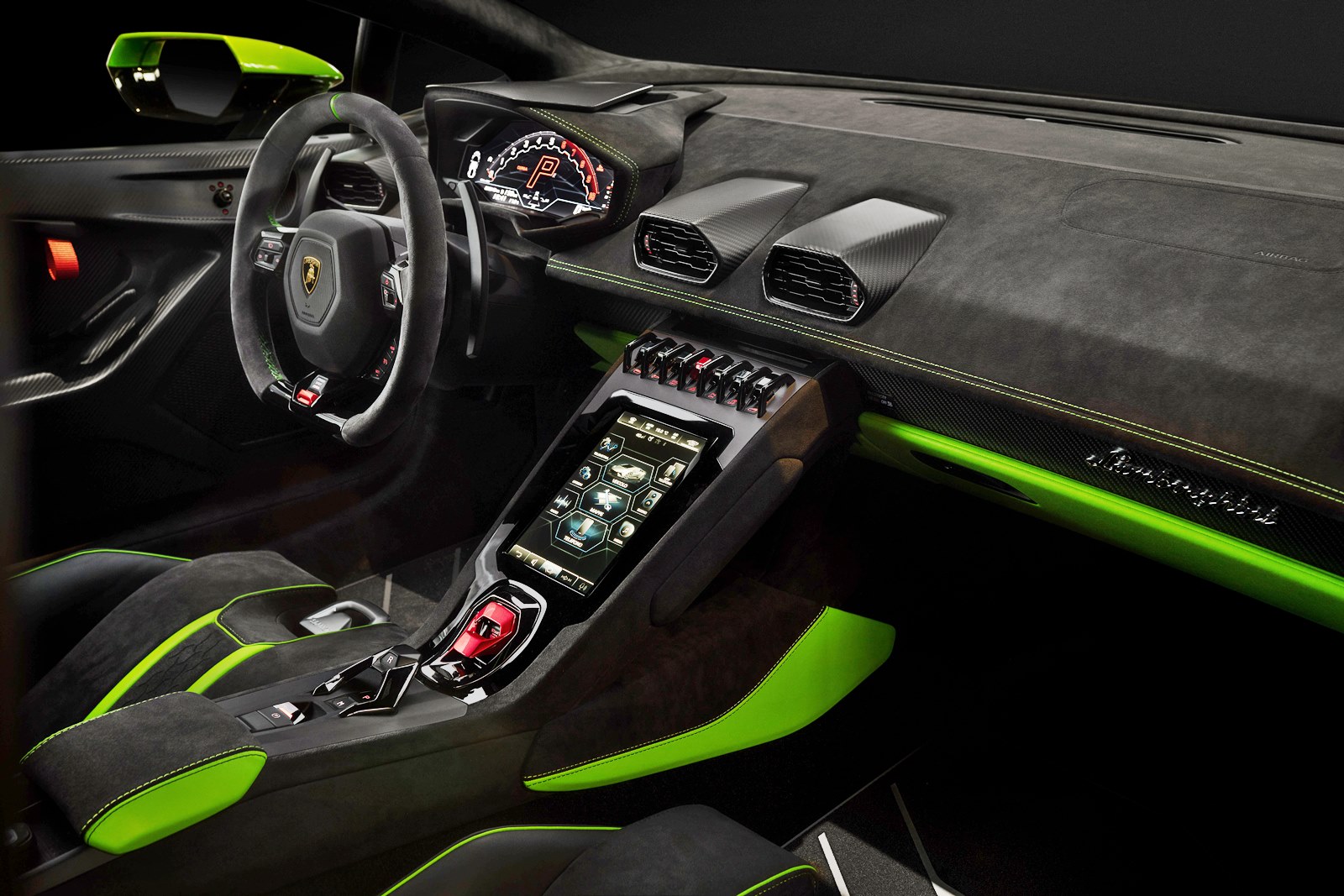 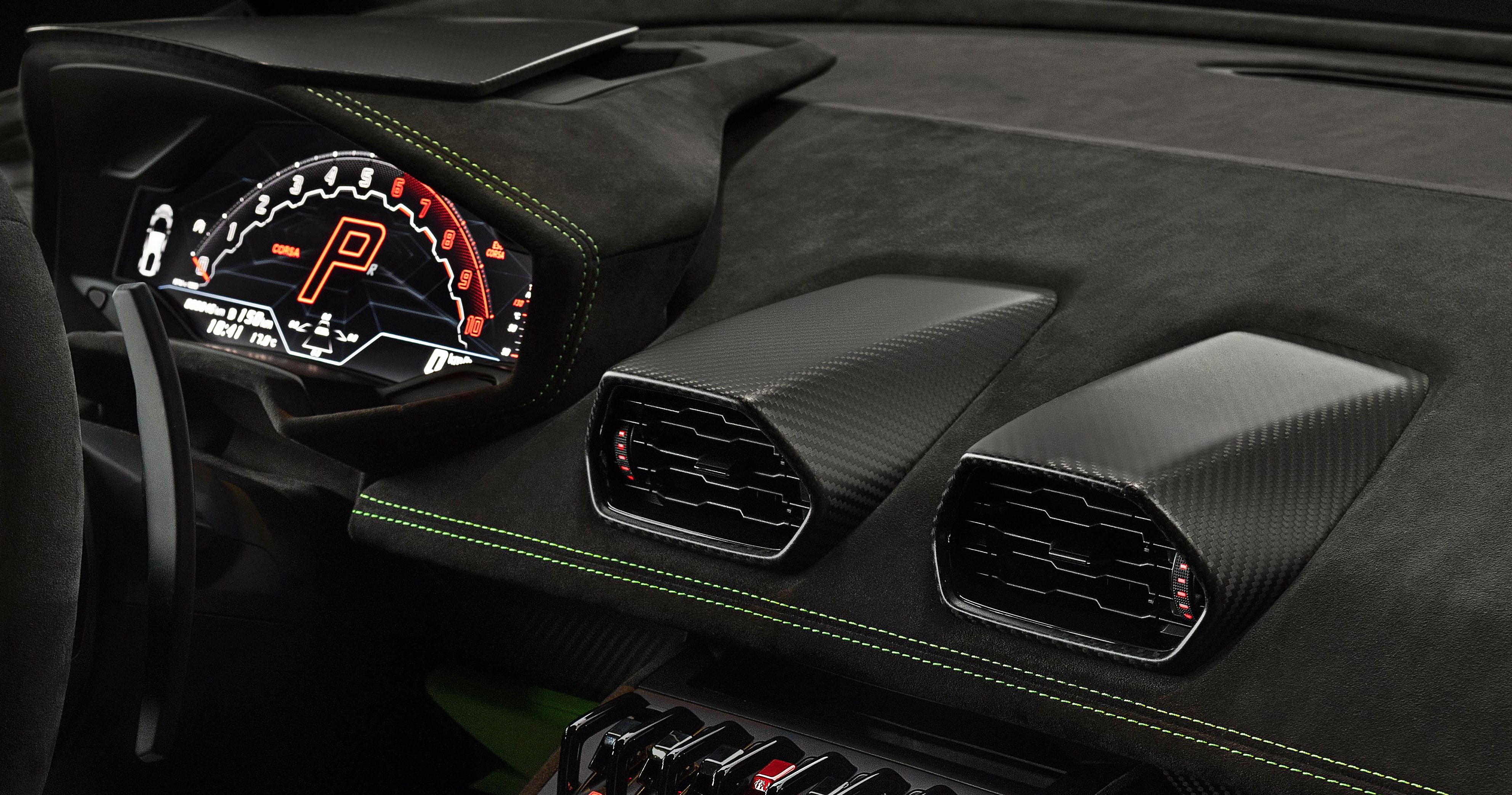 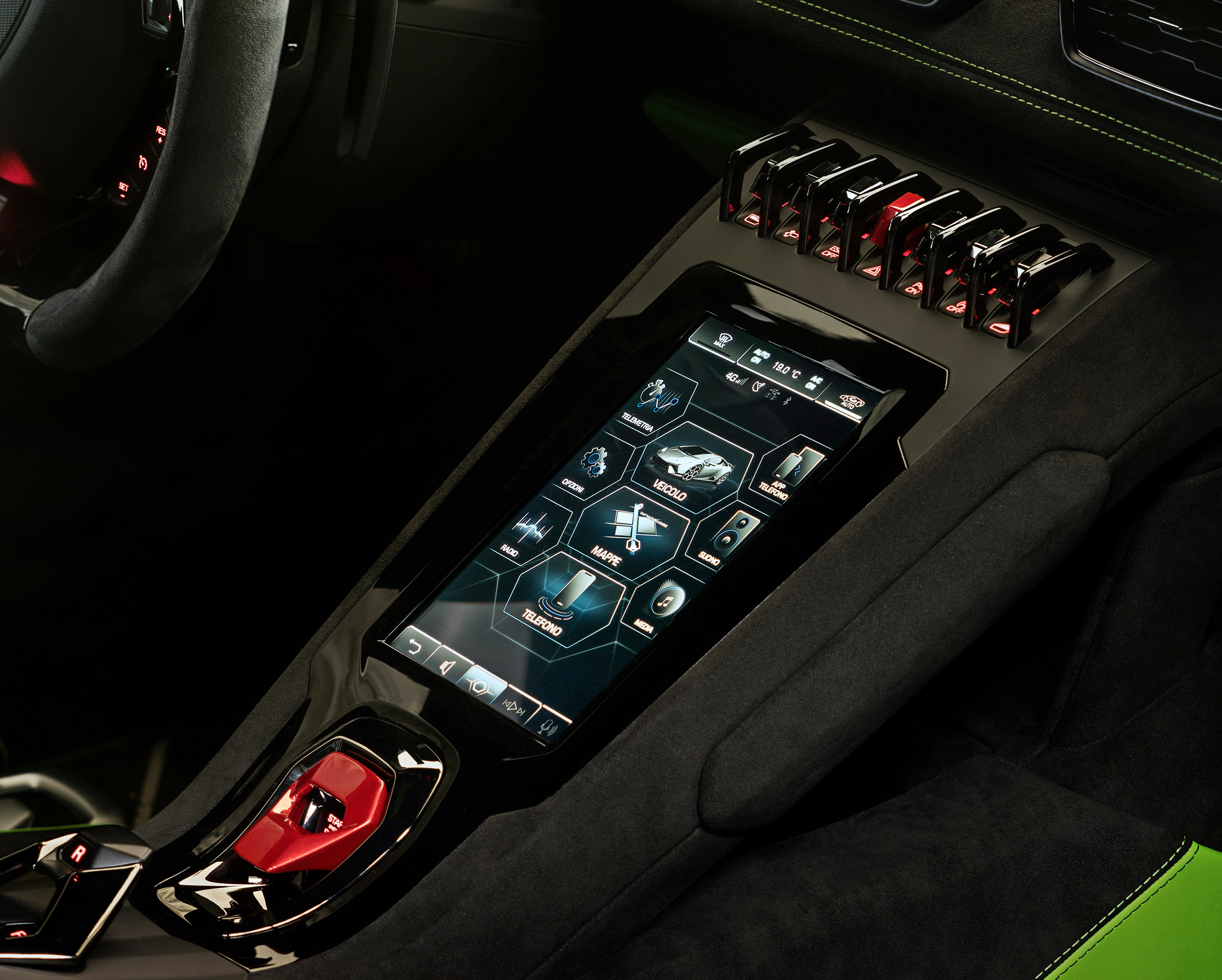 The HMI (Human Machine Interface) is new and currently exclusive to the Tecnica. The instrument panel is designed in a new arc ahead of the steering wheel and has reduced colours for better readability. The central console screen, which is accessible by the passenger, shows the LDVI functions in real-time display, and has connectivity with Apple CarPlay, Android Auto and Amazon Alexa. Inspired by the STO, the HMI includes connected telemetry and on-board diaries of destinations and track times, connected to the UNICA app.