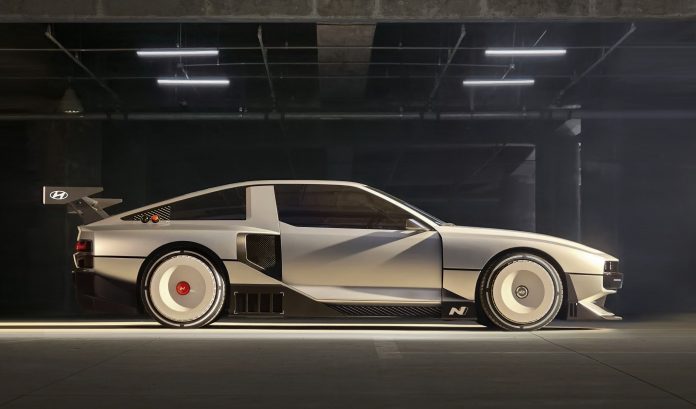 Fuel cell electric vehicle (FCEV) technology is not new to Hyundai Motor. In fact, the company was already carrying out R&D on such vehicles, which use hydrogen, from the early 2000s. By 2013, it was able to commercialise a FCEV in the form of the iX35, the first carmaker to do so.

Since then, development on FCEVs has advanced further and the company has accumulated even more experience and feedback through the use of its FCEVs over millions of kilometres in many parts of the world. 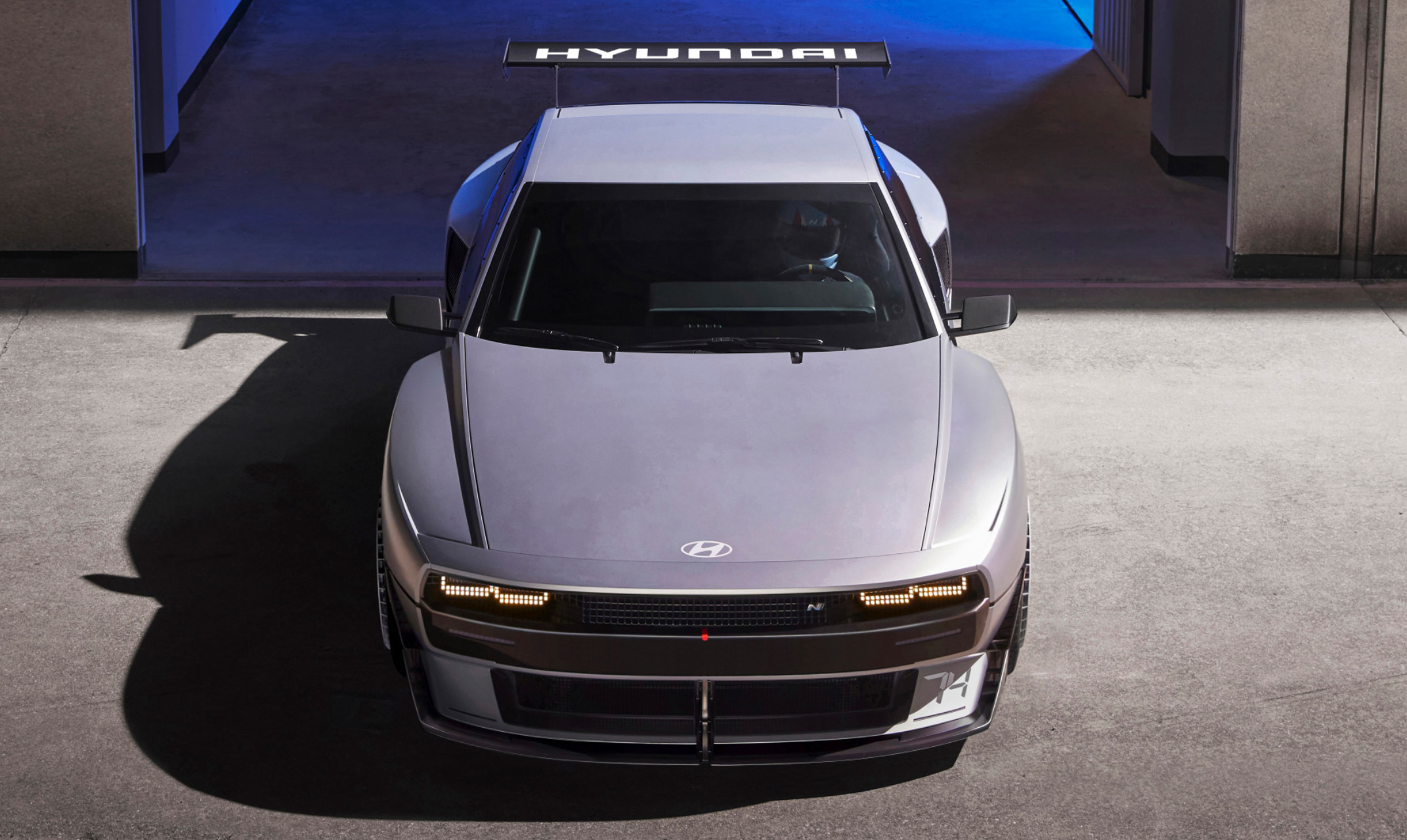 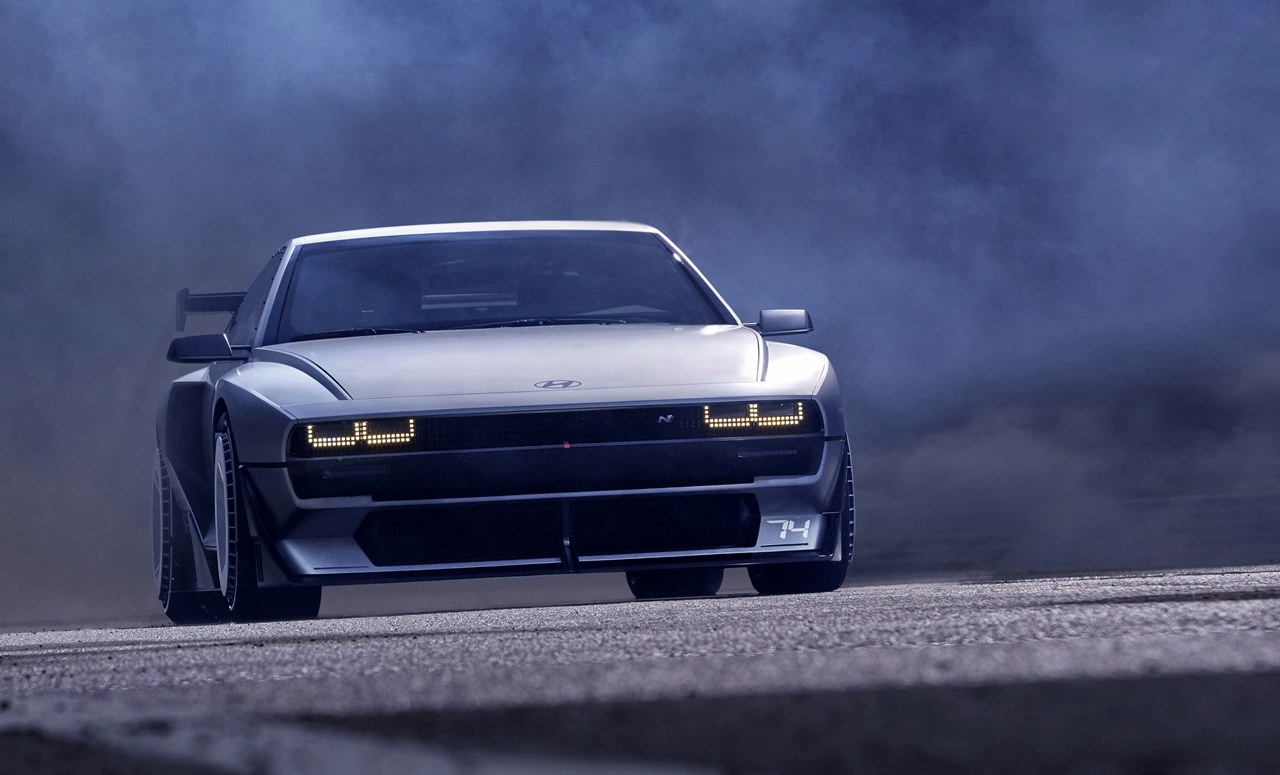 In 2015, the company also created the N 2025 Vision Gran Turismo with the launch of the N brand to envision the future of hydrogen-based high performance. The futuristic N 2025 was conceived to represent Hyundai in the Vision Gran Turismo program, a series of fictional concept cars for the Gran Turismo videogame by Polyphony Digital. While it was never produced as a real-life running model, it had advanced technologies that gave extremely high performance which gamers could experience.

For the N Vision 74, Hyundai’s engineers developed a hybrid structure of a battery-electric vehicle (BEV) in combination with an FCEV system, placed in an all-new layout. By having a fuel cell system and battery-electric system powering the car together, the cooling efficiency is improved. 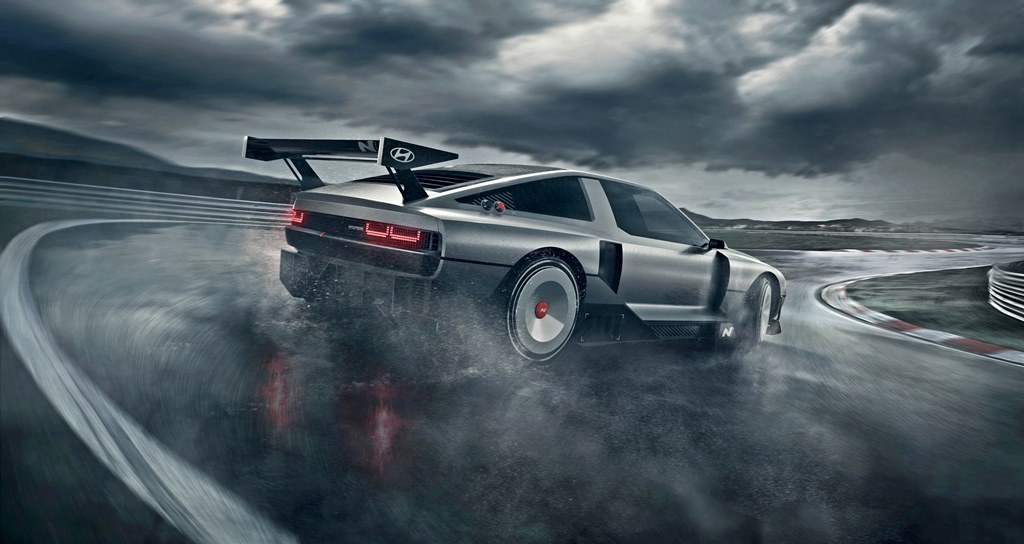 The two different power sources can be used together or independent, depending on different driving conditions. This fine-tuned logic system enables better torque vectoring by twin motors on the rear, allowing a precise and responsive cornering experience. Moreover, the N Vision 74 explores the balance between the performance and cooling with a 3-channel cooling system.

Measuring 4952 mm long, 1995 mm wide and 1331 mm tall on a 2905 mm wheelbase, the design of the concept car is inspired by the Hyundai Pony Coupe concept of 1974. This concept car developed by the designer Giorgetto Giugiaro was a proposal for a sportscar based on the very significant model in Hyundai Motor’s history. The concept car was then built into prototypes for what was to be Hyundai’s first production sportscar. Although it could not reach production in the end, the daring attitude set the tone for the entire company. 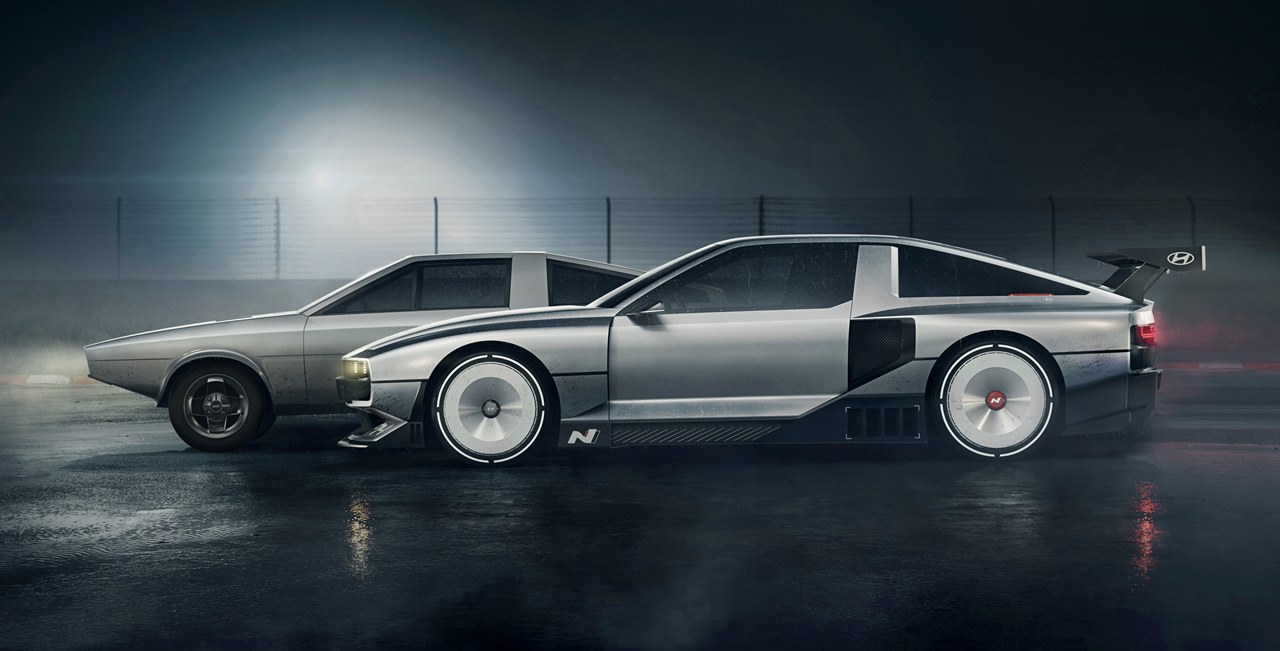 The N Vision 74 inherited the pure surface, dynamic proportioned profile and the unique B-pillar from the Pony Coupe concept. In addition, the lighting units have Parametric Pixel lighting, a feature which is seen on the latest models. 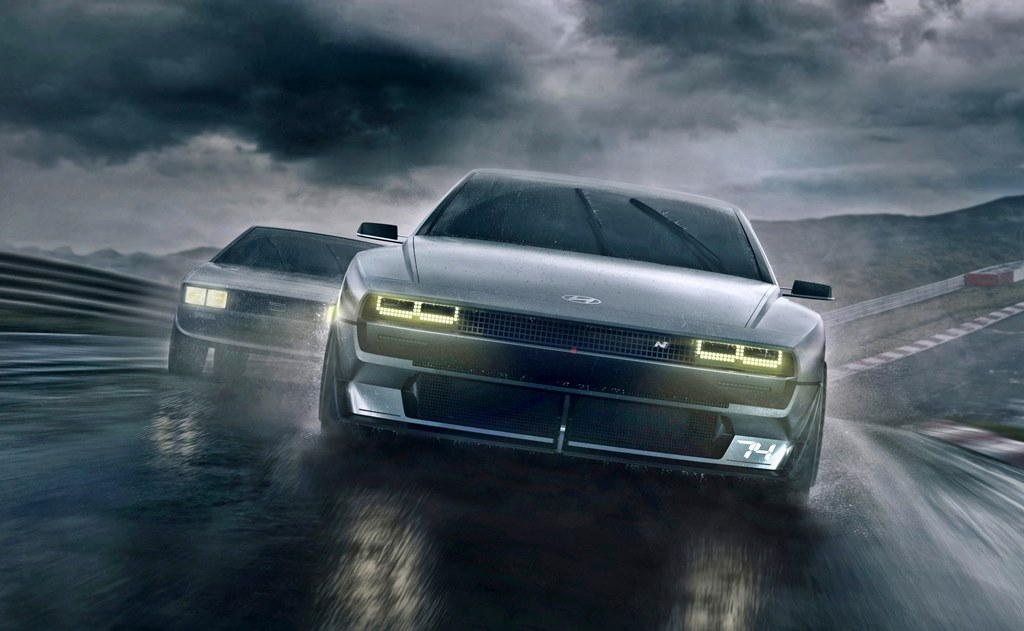 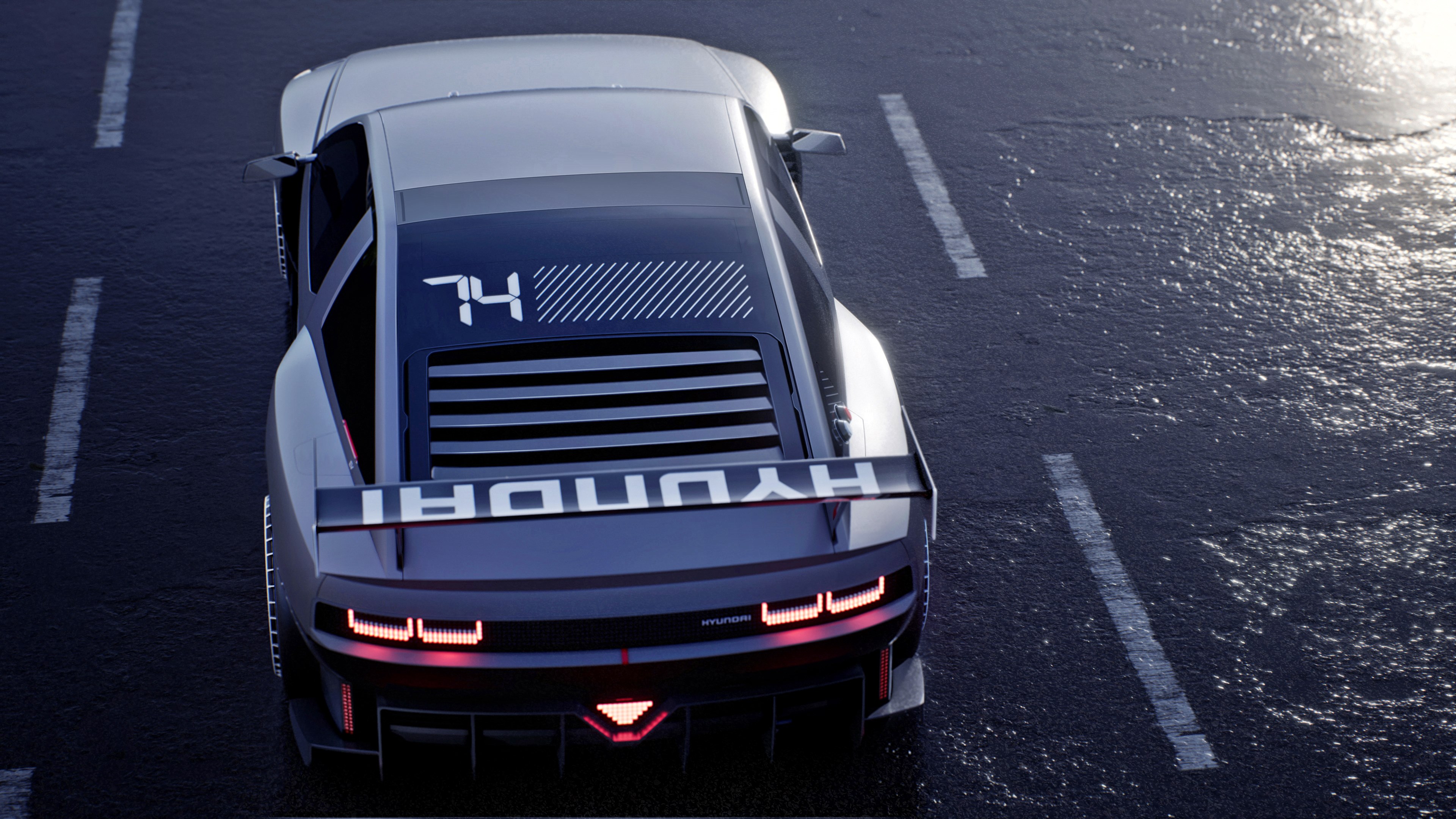 “N Vision 74’s future-oriented design reflects the respect and appreciation we have for the dedication and passion that went into the Pony Coupe concept,” said SangYup Lee, Executive Vice-President and Head of Hyundai Design Centre. 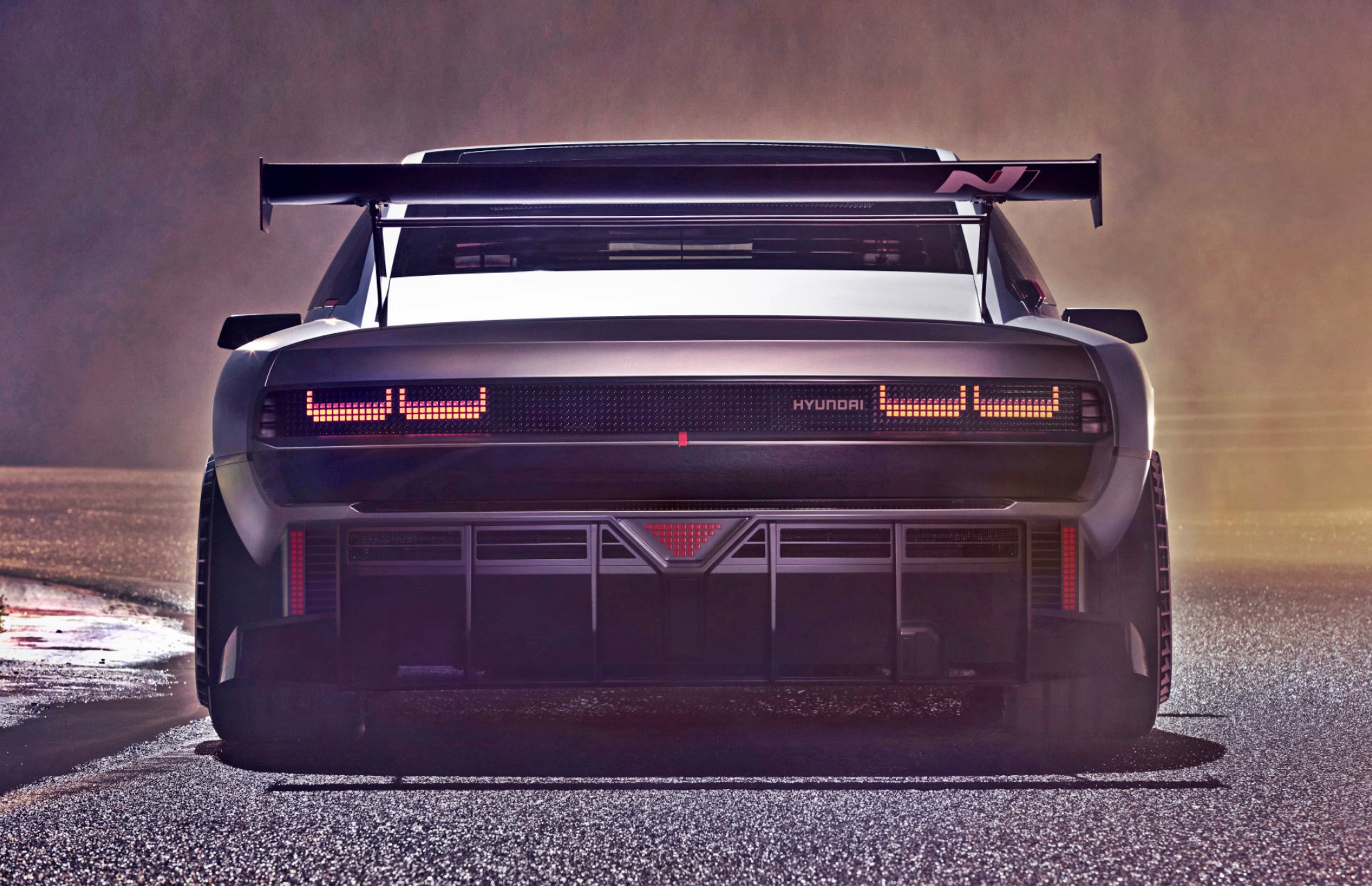