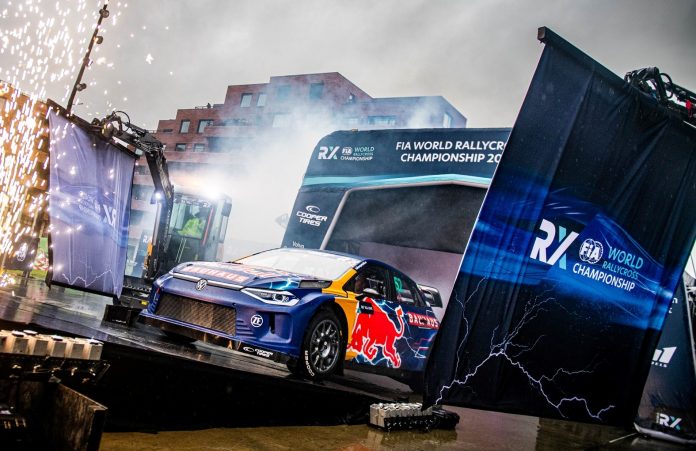 In tandem with the electrification trends in the auto industry, rallycross is also moving towards zero emissions. Even now, we have the Formula E single-seater series on street circuits, the Extreme E off-road series, with the World Rally Championship now running hybrid electric rallycars in the top category.

The original intention was to introduce full-electric cars in the World Rallycross Championship in 2021. However, following a World Motor Sport Council decision, it was decided to delay the implementation until 2022 due to the challenges of the COVID-19 pandemic. “The COVID-19 pandemic has brought about a delay to introducing electrification to the FIA World Rallycross Championship,” said Gyarfas Olah, President of the FIA Off-Road Commission.

“Nonetheless, we are committed to a new, electric future which has, as guiding principles, cost control and demonstration of the huge power capabilities of full electric road car-based Supercars. Together with Kreisel, we are developing a performance package which is sustainable and enables teams to be part of a highly competitive electric racing series. The fans, who are used to very spectacular races in rallycross, will be thrilled by the acceleration power of the coming RX1e cars.”

Powertrain can be retrofitted
The powertrain kits are provided by Austria’s Kreisel Electric, the official supplier of the electrification kit to the championship. The kit can be retrofitted to existing internal combustion-powered World RX Supercars or built into an all-new chassis.

The kits are priced at 300,000 euros (about RM1.37 million) with an additional 100,000 euros for 4 years of technical support. The cost is said to be lower than the current Supercar power units over the same period. Performance levels of RX1e will be higher than existing ICE Supercars, with a significant power and torque increase and with a contained weight gain.

Fastest, most powerful RX cars
As in the WRC, the top tiers will run the new RX1e rallycross cars with twin motors, pushing out 500 kW (equivalent to 680 bhp) and 880 Nm of instant torque. They will be able to accelerate from standstill to 100 km/h faster than a Formula 1 car and are fastest and most powerful competition cars ever seen in the World RX.