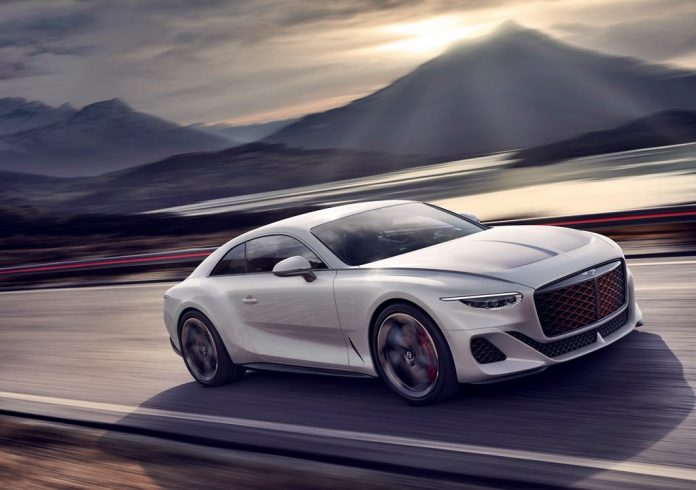 The Bentley Batur coupe represents the end of one era, as well as the beginning of another. While giving a glimpse of the new design language for the British luxury brand, it also marks the end of the iconic W12 engine which has evolved to become the most powerful powertrain in its history.

The Batur, named after a beautiful lake in Bali, is the second bespoke project by Bentley Mulliner after the Bacalar and only 18 units will be produced, priced from £1.65 million each ex-factory. (about RM8.74 million). The 18 customers who have already reserved a unit will receive their cars within 11 months.

Final version of the mighty W12
Although riding on a similar chassis as the Continental GT, the Batur has a more powerful 6-litre twin-turbo W12 engine, producing 740+ ps and 1,000 Nm. This final version is the most powerful of the mightY W12 engines that first appeared in the Continental GT in 2002. Although its power output is risen nearly 40% in 20 years, fuel economy has improved by 25%.

For the Batur’s W12 engine, a new intake system, upgraded turbochargers, new intercoolers and extensive recalibration was done to deliver exceptional. It is paired with Bentley’s 8-speed double-clutch transmission, and a sports exhaust to provide a soundtrack in keeping with the level of performance. The entire exhaust system is in titanium, while the finishers are 3D-printed in titanium in a first for Bentley.

As well as being the most power and most exclusive Bentley coupe to date, the Batur will also be the most dynamic with Speed-tuned air suspension, it is claimed. Adaptive 3-chamber air springs each have 3 switchable chambers, changing the volume of the air spring and varying effective stiffness. The driver can select the balance between ride comfort and body control using the 4-mode Drive Dynamics, choosing between Sport, Bentley, Comfort and Custom.

The Drive Dynamics Control also changes the behaviour of the 48V electric active anti-roll control system, which can provide up to 1,300 Nm of anti-roll torque in just 3/10ths of a second or completely decouple the wheels at either end of each axle. The anti-roll control system can also be used to adjust the roll stiffness front-to-rear, giving the Batur sharper turn-in and greater ability to balance the car on the throttle when in Sport mode.

Overall traction and cornering grip is maximised through the use of an electronic Limited Slip Differential that actively vectors drive torque across the chassis. This is complemented by torque vectoring by brake, whereby the car can lightly brake the inside rear wheel on turn-in for greater front-axle response, and also lightly brake both inside wheels on corner exit to move power across to the outside, loaded wheels for better traction.

New chapter in Bentley design
The Bentley design DNA that has driven the creation of the Continental GT, Flying Spur and Bentayga families has been revolutionised for the Batur, introducing new themes, approaches and details. The new form language defines a new chapter for Bentley design, as part of Bentley’s Beyond100 transformational journey.

“For any design team, the chance to redefine our own rules is the most exciting challenge. We have reimagined the Bentley design language, keeping some continuity to the past and present while also drastically changing key elements,” said Bentley’s Director of Design, Andreas Mindt.

“A mark of power and prestige has always been a long bonnet. Our new design cues include a line that stretches from the bonnet along the whole length of the car, connecting the bonnet into the body, making the car long and lean and giving an elongated proportion to the front end. We call this feature the ‘endless bonnet’, and it’s the only accent highlight to the cleaner shape,” he said.

“At the very front of the car, we’ve modernised the famous Bentley grille and made it lower and more upright, to give a stronger face and a more dominant stance. This upright elegance brings self-confidence with a luxury stance. The grille is flanked by a new headlight shape and design, an evolution of the design used on Bacalar and maintaining the single large headlight either side. These are matched with all-new tail-lamps at the rear, that sit either side of a deployable spoiler,” explained Mindt.

Meanwhile, the visual mass of the car is moved rearwards, giving the impression that the car is sat on the rear axle, which adds further depth to the haunches. Overall, the form is cleaner and simplified, relying more on curvaceous surfaces bisected in the right places to reflect light and dark and bring more muscle to the design.

Every element of the cabin is tailored to the customer’s specifications. Each car will be unique, designed collaboratively with the customer with guidance from Mulliner’s in-house design team. Customers will be able to specify the colour and finish of practically every surface of the Batur, to create a car as individual as they are.

There’s variety of sustainable interior materials to choose from, while the passenger fascia panel is finished with a unique etching of the audio signature of the W12 engine (but bespoke etching is also available). Bright or dark treatments to the interior brightware and titanium options are also available. Certain controls – like the organ stops for ventilation – can be in 3D-printed 18K gold, if desired.

“With Bacalar, we proved the appetite of our clients for truly bespoke and individual Bentleys. We’re building on that story with the Batur, and the fact that all 18 cars are already reserved is testament to the fact that our design team is creating cars that our clients want to buy. Batur is not only a beautiful handcrafted Bentley – it is the next member of a distinguished line of cars coachbuilt by Mulliner, which include the W.O. Bentley’s favourite car in the 8 Litre and the now truly-iconic R-Type Continental,” said Paul Williams Director of Bentley Mulliner.