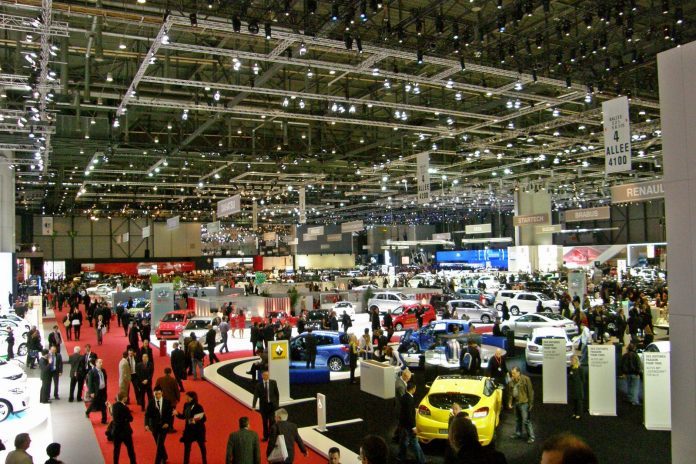 When it started in 1979, the Dakar Rally (or Paris-Dakar Rally, as it was known then) ran from Paris to Dakar on the western coast of Africa. 43 years later, the Dakar Rally is still running – but it is actually in Saudi Arabia. In fact, between 2009 and 2019, it was held in South America after being forced to relocate due to security issues along the original route in Africa.

Next year, we will also see another famous event – the Geneva International Motor Show (GIMS) – not being held in its original city of Geneva in Switzerland but in Doha, Qatar. It will be the first time since the first Geneva Motor Show was held in 1905 that the event is relocating and will be held in November 2023.

In 2020, the event had to be cancelled at the last moment due to the COVID-19 pandemic and urgent measures taken by the Swiss health authorities banned public gatherings of more than 1,000 people. Many other international events around the world were also cancelled or postponed but the cancellation of GIMS also seemed to make carmakers rethink their participation in such events and rethink marketing strategies.

While GIMS has traditionally been the first major international motorshow each year in March (though the North American International Auto Show which runs earlier has gained significance), often seeing the debut of new concepts and models, carmakers also began to see online promotion as becoming increasingly viable. With the pandemic creating uncertainties, commitments were slow to come for their future participation after 2020. As a result, the 2021 and 2022 events could also not run.

”Our team has worked very hard to ensure that GIMS 2023 can take place in both Geneva and Doha,” said Sandro Mesquita, CEO of the Geneva International Motor Show. “In these uncertain times, many brands are not in a position to commit to participating in a show in Europe in the winter. After assessing all the elements, it has become clear to the foundation that the 2023 Salon cannot take place in Geneva as planned.”

”We have done everything possible to ensure that we could host GIMS 2023 in Geneva in February. The enhanced event format and project had been very well received. But in the end, the risks overweighed the opportunities,” explained Maurice Turrettini, President of the foundation Comite permanent du Salon international de l’automobile de Geneve.

”Due to the uncertainties in the global economy and geopolitics, as well as the risks related to the development of the pandemic, the organisers have decided to focus exclusively on the planning of the event in Doha in 2023,” he explained, adding that the original plan to hold the show in two parts, with the first in Geneva, would not be carried out and only the second part in Doha would be realised.

GIMS in Doha will take place in November 2023 at the Doha Exhibition and Convention Centre as well as several other decentralised venues, and will offer many unique and spectacular driving experiences. “We are now fully focused on organising GIMS in Doha and look forward to confirming the dates and format of this ground-breaking event with our partners at Qatar Tourism shortly,” said Mesquita, adding that the event in Qatar is scheduled to take place every 2 years.