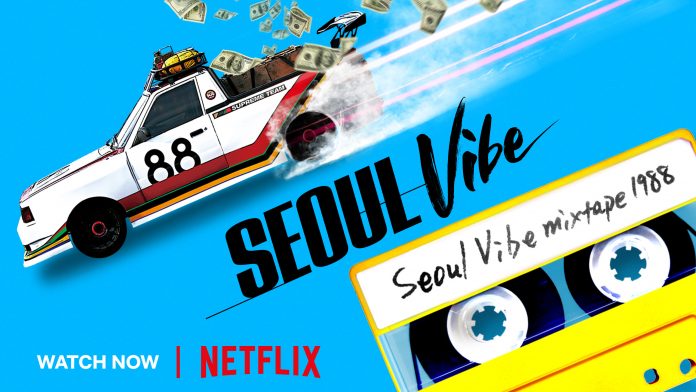 Until recent years, Korean models have not had a strong presence in the movie world (with the exception of Korean movies and TV series, of course). They have occasionally been seen in some action TV series like ‘24’ and ‘𝘋𝘦𝘴𝘪𝘨𝘯𝘢𝘵𝘦𝘥 𝘚𝘶𝘳𝘷𝘪𝘷𝘰𝘳’ but not in a big way for chase scenes. Most of the time, they have just appeared among the other traffic on the streets.

In the latest Netflix movie, ‘𝘚𝘦𝘰𝘶𝘭 𝘝𝘪𝘣𝘦’ (released recently), you’ll see many Hyundai models in many car chase scenes. Because the movie is set during the 1988 Seoul Olympics, the Korean carmaker supplied Netflix with various retro models from the 1980s. There include the first-generation Grandeur (Azera), a modified Pony pick-up (with its 3-litre engine from the Grandeur), Porter light truck, and some old sedans like the second-generation Sonata, Stellar, and even a Cortina.

Significance of the Grandeur
The first-generation Grandeur (which was adapted from the Mitsubishi Debonair) is remembered as a pioneer the premium segment in Korea and was the flagship of the Hyundai brand then. It was admired and desired for its prestige, and this is depicted in the movie.

The significance of this model in the 1980s inspired the company to create the Hyundai Grandeur Heritage Series as a tribute to the brand’s historic flagship sedan. The restomod, which was unveiled last year, has the classic formal 3-box shape with modern and futuristic elements added. These include the Parametric Pixel lighting that is used in the latest models like the IONIQ 5.

Hyundai Motor also provided its Wonhyoro Service Centre at Yongsan for use as a shooting location. Located in the centre of Korea’s capital city, the area around the service centre is owned by the carmaker which plans to build a complex with a hotel and other business facilities.

Teaser for next Grandeur
In addition, Hyundai plans to unveil the silhouette of the all-new Grandeur (Azera) in photographs, through a cinematic digital advertisement in a spin-off version of ‘Seoul Vibe,’ utilizing the story and cast of the movie. The digital advertisement spotlights the ever-evolving innovation of Grandeur, from the past to the future, and provides hidden hints about the upcoming model that is expected to be launched in Korea at the end of this year.

With the film’s release, Hyundai Motor is also launching diverse experiential marketing content on digital channels. It has recreated the garage shown in the movie on ZEPETO, the global metaverse platform, to provide a virtual experience space where visitors can assemble and drive the vehicles featured in the movie through the driving zone themed ‘Seoul Vibe’. They will also be able to meet Yoon-hee (Ju-hyun Park), a character in the movie, as an NPC (non-player character), and join a vlog event, using the first-generation Grandeur.

“Through close collaboration with Netflix from the early stages of production, we endeavoured to provide a unique atmosphere for our historic vehicles and locations with a ‘newtro’ (new+retro) vibe that will appeal to every generation, including Millennial and Gen Z audiences,” said Thomas Schemera, Executive Vice-President, Global Chief Marketing Officer and Head of Customer Experience Division at Hyundai Motor Company. “We will continue to explore exhilarating opportunities for our customers to experience and engage with our brand through various partnerships and innovative content.”