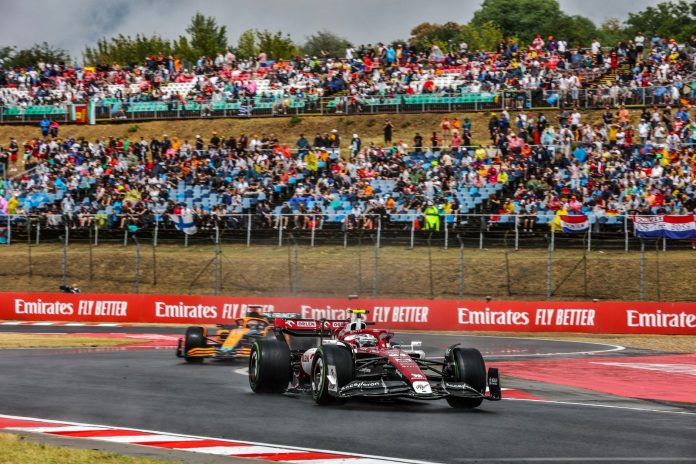 The 2023 Formula 1 World Championship will have the most number of rounds since it was inaugurated in 1950. Starting on March 5 in Bahrain, the championship will consist of 24 rounds and run until November 26 when the final round is run in Abu Dhabi.

“I am delighted that we will be able to take Formula 1’s new era of exciting racing, created by the FIA’s 2022 Regulations, to a broader fan base in 2023. In framing the 2023 F1 calendar, World Motor Sports Council Members have also been mindful of the timing of the prestigious 24 Hours of Le Mans [which will be run for the 100th time next year],” said FIA President Mohammed Ben Sulayem.

The increased number of rounds is not something many teams and drivers are looking forward to because of having to be on the move all the time. This not only puts pressure on logistics but also affects the personal lives of team members who will be on the move around the globe during the 9 months of races. And 24 might not be the final number – Liberty Media has also been thinking of increasing to 30 races a year!

Las Vegas again after 41 years
A new addition is the Las Vegas Grand Prix, a seemingly odd place to have a F1 race. However, the city, well known for its casinos, has hosted F1 before – in 1981 and 1982 – when a racetrack was created in the carpark of the Caesar’s Palace hotel and casino (yes, the carpark was big enough for a track within it). It was considered one of the worst circuits in F1 history.

This time round, it won’t be a carpark race. The circuit in 2023 one will be on the streets with one straight along the famous Strip. The race will also be held at night, a feature of the sport since the 2008 Singapore Grand Prix when the first night race was held.

With the Las Vegas GP, the US will have 3 F1 races in 2023. This is not the first time the country has had 3 rounds in one season as there were also 3 rounds in 1982. In total, there have been at least 50 rounds of F1 held in America though it is not so apparent.

Chinese GP returns
Also ‘new’ on the calendar is the Chinese Grand Prix which had to be postponed and then cancelled due to the COVID-19 pandemic in 2020 and then left out uncertainties due to lockdowns in 2021 and 2022. The 2023 event at the Shanghai International Circuit is included but the FIA will still have to wait and see what the situation is in China with regards to entry by foreigners.

F1 fans in China would certainly want the event to be run, especially when the sport now has a Chinese driver – Zhou Guan-Yu in the Alfa Romeo ORLEN Team. Zhou, 23, is in his first season this year and had a promising start with team mate, Valtteri Bottas.

However, bad luck has followed him around many of the races as mechanical problems forced early retirement. He was also involved in a terrifying crash at Silverstone in July when a collision flipped his car and he skidded along the track upside down at a very high speed, crashing into the barriers. Fortunately, the HALO safety feature saved him from what could have been very severe injuries.

Monte Carlo gets another 3 years
There was uncertainty about the Monaco Grand Prix which has its contract expiring this year. Though a legendary street circuit of Monte Carlo, its narrowness has made overtaking difficult with today’s longer and wider cars. Furthermore, there have also been operational issues between the organisers and Formula One, the commercial company promoting the event. However, a 3-year contract was signed so there will still be a Monaco race till 2025.

“The presence of 24 races on the 2023 FIA Formula One World Championship calendar is further evidence of the growth and appeal of the sport on a global scale. The addition of new venues and the retention of traditional events underlines the FIA’s sound stewardship of the sport,” said the FIA President.