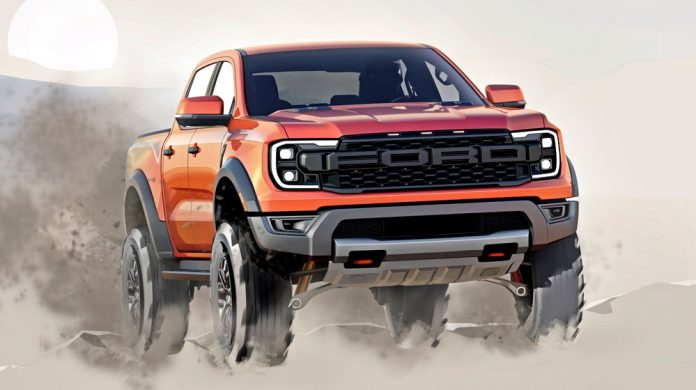 Following the preview of the new Ford Ranger, Sime Darby Auto ConneXion (SDAC) will soon present the next-generation Ranger Raptor to the Malaysian public. The high-performance pick-up truck – only one of its type in the country – will be officially launched soon.

As already demonstrated with the previous generation, the Ranger Raptor sets the benchmark as Asia Pacific’s only purpose-built high-speed off-road performance pick-up truck. Developed with input from Ford Performance, the high-performance division of Ford, the new Ranger Raptor promises to raise the performance bar yet again,

“With its significantly enhanced performance, modern technologies and best-in-class capabilities, the next-gen Ranger Raptor is the definitive king of pickups. Bolder, faster and edgier, this is the ultimate lifestyle enabler for customers to work hard and play harder. Yet it’s safe and comfortable enough with an upscale and roomy interior for family,” said Turse Zuhair, Managing Director, Sime Darby Auto ConneXion-Ford.

A series of unique mounts and reinforcements, for elements including the C-pillar, load box and spare wheel, as well as unique frames for the jounce bumper, shock tower and rear shock bracket all combine to give the vehicle much more capability in extreme conditions.

As before, there are FOX shock absorbers with cutting-edge control technology. These next-generation shock absorbers are the most sophisticated ever on Ranger Raptor and have been tuned by Ford Performance using a mixture of computer-aided engineering and real-world testing.

The new Ranger Raptor’s ability to tackle rough terrain is further enhanced with tough underbody protection. For example, the front bashplate is almost double the size of the one installed on the standard Ranger. Other tough panels provide protection for key components when speeding over rough terrain, which the Ranger Raptor can do at high speeds.

For the first time, the Ranger Raptor gets an advanced permanent 4-wheel drive system with an all-new electronically controlled on-demand 2-speed transfer case, combined with front and rear locking differentials, a feature that hardcore off-roaders will appreciate.

Unlike other pick-up trucks in the market with bodykits to just give a sportier image, the Ranger Raptor’s was specially developed by Ford Performance. The flared fenders accommodate a choice of two muscular 17-inch wheel designs, one with beadlock capability, and each wrapped in BFGoodrich all-terrain tyres.

More will be revealed by SDAC-Ford at a preview event which the public can attend. However, prior registration is required to receive exclusive invitations to the event on October 7, 8 and 9 at the Baja track in Sepang. Besides demonstrations of the Ranger Raptor’s extreme capabilities, the attendees will be the first to have the opportunity to find out more and also take a test-drive on the track.

The next-generation Ranger and Everest SUV will also be on display at the venue for those who want to know more and experience the vehicles.

For more information or to register for the Ranger Raptor preview event, visit www.sdacford.com.my.