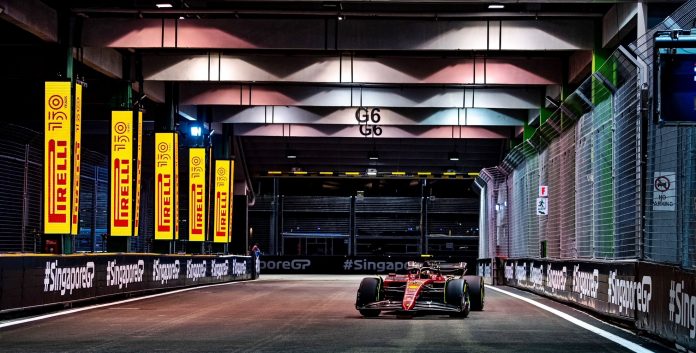 After being unable to run in 2020 and 2021 due to the COVID-19 pandemic, the Singapore F1 Grand Prix is on again this weekend as Round 17 of the 2022 Formula 1 World Championship. Singapore has never had a permanent racing circuit and created one in 2008 for its first ever Formula 1 event. It was also the first ever night race in Formula 1 history, to be followed by Bahrain, Abu Dhabi and more recently, Jeddah. Next year, the Las Vegas GP will also be run at night.

The circuit that was created in 2008 is on reclaimed land and named the Marina Bay Circuit. Singapore did have another circuit long ago along Thomson Road, with single-seater racing races between 1966 and 1973, after which Singapore’s stance on cars saw motorsports being depopularised.

The Marina Bay Circuit is a street circuit that has 5.063 kms per lap. The cars race from the startline up to the Padang and across bridges and underpasses, tackling no less than 23 turns. According to Haas F1’s Kevin Magnussen, who set the lap record in 2018, it is a very tough race, made even tougher with the high temperatures as well as humidity. To quickly get used to the tropical conditions, drivers have been spending time in sauna rooms. They can lose as much as 3 kgs sweating through the 61-lap race.

“It’s really a physical race for different reasons,” Magnussen said. “One, it’s really hot. Two, you don’t ever really get any rest on the lap. You’re constantly working the steering wheel. There’s not a lot of straight line on the track. Three, because the average speed of a lap is so low, the race usually goes to the 2-hour time limit.”

However, whatever the teams and drivers remember of the track from 2019 may not fully apply in 2022. Though most of the drivers on the starting grid tomorrow have raced F1 in Singapore before, the cars have changed, particularly the tyres.

“With 18-inch tyres that have a completely different compound and structure compared to the ones used 3 years ago – as well as new asphalt this year – it’s almost like a totally new race!” said Mario Isola, Pirelli’s Motorsport Director. “Singapore is all about slow corners – all 23 of them – and maximising traction. We’ve got the three softest compounds for maximum speed and grip but looking after the rear tyres in order to ensure the drive needed will be key. With the tendency of the latest cars to understeer, it will be even more important to find the right set-up balance to ensure a strong front end without compromising acceleration at the rear.”

The new asphalt for Singapore this year isn’t as smooth as the asphalt usually seen on street circuits. However, as a street circuit, the Marina Bay circuit is used by normal road traffic most of the time – and the surface contains street ‘furniture’ such as white lines and manhole covers. A high degree of track evolution is expected; plus there are not many support races scheduled, which usually help to lay down rubber.

With the race starting at 8 pm and continuing for about 2 hours, track temperatures are generally stable for most of the race. The high humidity levels provide a big physical challenge not only for the drivers and the cars but also for the tyres which can have thermal degradation. The stop/start nature of the track also impacts the tyres because the surface temperatures can never properly cool down. The tarmac is also aggressive on the tyres, increasing wear and degradation.

There’s also an interesting issue on this particular street circuit which the engineers had to prepare the cars for. The concrete used on the Esplanade Bridge is underpinned by steel beams which are magnetized. The magnetic fields involved are strong enough to interfere with certain sensors on the cars, requiring teams to replace a number of sensors with special versions, less susceptible to interference. Fitting magnetic shields to the gear shift valves has become a normal part of Singapore prep but it has previously caused cars to stop on track, particularly in the first years of running in Singapore.

The Marina Bay Circuit is the longest race of the season, in terms of total race time. It has the biggest fuel effect of the year, which means the amount of time you lose each lap for every kilogram of extra fuel in the car. This is because of the stop-start nature of the track, as you have to constantly re-accelerate that mass and slow it down. The track also has the highest fuel consumption of the year, alongside being one of the toughest for heat rejection (risk of overheating the car, engine, brakes and driver).

Like Monaco, pole position is critical: 8 of the 12 races in Singapore have been won by the driver who started from P1. The only times when it has been won from further back are in the first year (Fernando Alonso from P15), 2012 (Sebastian Vettel from P3), 2017 (Lewis Hamilton from P5) and 2019 (Vettel from P3).

While most drivers have raced in previous F1 GPs, four of those entered this weekend will have their first experience of the Marina Bay Circuit. They are Nicholas Latifi (Williams Racing), Zhou GuanYu (Alfa Romeo ORLEN), Yuki Tsunoda (Scuderia Alphatauri) and Mick Schumacher (Haas F1).

“I don’t think Singapore will be an easy event for me as it will be my first time at this circuit. I’ve driven the Singapore circuit on the simulator, and it is definitely a busy track, where you are constantly moving the steering wheel with no place to rest on the lap,” said Tsunoda.

“It will be physically demanding because of the weather being humid and hot, but we get similar conditions in Japan at certain times of the year, so I have an idea of what to expect. I’ve been doing specific training to prepare and adapt for these conditions for some time now, and I also think getting used to working on European time should not be too much of a problem,” he added.

The championship race
Coming to Singapore, Red Bull Racing’s Max Verstappen is 116 points clear of Ferrari’s Charles Leclerc and could win the 2022 title tomorrow night. There are many permutations but essentially, the Dutchman has to win the race and outscore Leclerc by 22 points. He also has to outscore team-mate Sergio Perez by 13 points. and Mercedes-AMG’s’ George Russell by 6 points to end their slim title hopes.

In the Constructors’ battle, Red Bull Racing already has a commanding lead. Going into this weekend, the team has collected 545 points. That’s 139 points ahead of Ferrari, and 174 points ahead of Mercedes-AMG.