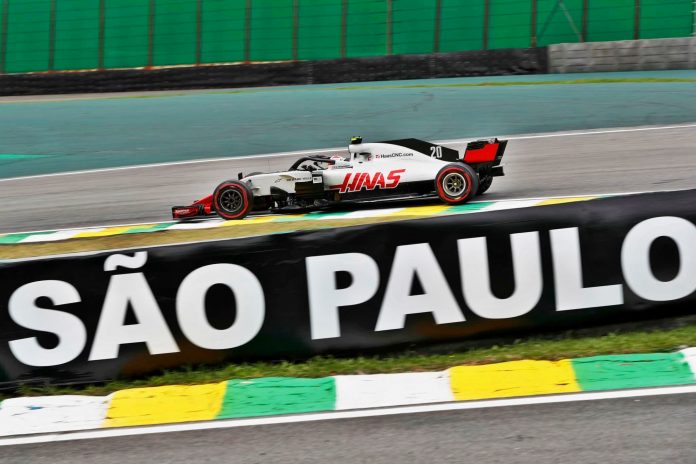 The 21st round of the 2022 Formula 1 World Championship continues in the western hemisphere 7,500 kms south of the last venue in Texas. It’s the Sao Paulo Grand Prix which many will know as the Brazilian Grand Prix. The change of name occurred last year (the 2020 F1 race was not run due to the pandemic) and was said to reflect the greater involvement of the city as well as to give it more prominence globally.

The circuit also has two names; officially, since 1985, it has been known as the Autodromo Jose Carlos Pace, honouring a Brazilian F1 driver who had his only win there in 1975. However, racing fans have usually referred to it as Interlagos, the name being taken from the area that the track is in.

Whatever the name, it has been on the F1 calendar since Brazil’s first F1 race in 1973. While most of the rounds have been held at Interlagos, in 1978 and between 1981 and 1989, the Brazilian GP was held at the Jacarepagua circuit in Rio de Janeiro.

The 4.31-km track is situated 800 metres above sea level, the second-highest altitude on the F1 calendar after Mexico City, which is 1,500 metres higher in altitude. It is a track of two extremes. The first and third sectors require a low-drag car for the long straights, but the middle sector is twisty, requiring high downforce.

There is 1.2 kms of driving at full throttle between the exit of Turn 12 and the braking zone for Turn 1, with an elevation change of 33 metres. The biggest difference in elevation is from the start/finish straight to Turn 4 where there is a 40-metre drop in elevation.

Run anti-clockwise, it’s a very flowing circuit with a lot of combined corner entries (requiring the driver to corner and brake at the same time), meaning good stability is important. However, there is also a need for a good front end for the low-speed middle sector.

Track temperatures can reach some of the hottest of the season in Brazil, up to 60°C. And thunderstorms are common around this time of year, which can make things interesting over the weekend when there is the Sprint race on Saturday and the main race on Sunday.

“There aren’t any big demands on the tyres in terms of traction and braking because of the very flowing layout, and the lack of slow corners means that the teams are able to control the degradation on the rear tyres,” commented Mario Isola, Motorsport Director of Pirelli.

“It will be particularly interesting to see what will happen on the track and, once again, the key role of the different strategies that can be used: in 2021, the grid on Saturday was equally split between drivers starting on the medium and the soft tyres. Despite the short length of the track, there’s normally plenty of overtaking. Just think of Lewis Hamilton who was the protagonist of a comeback that brought him to victory from 10th place, using a 2-stop strategy. So the new generation of cars and tyres seems set to provide us with another thrilling race this year,” he added.

With both championships decided, the focus moves down the order. In the Drivers’ Championship, Sergio Perez is just 5 points ahead of Charles Leclerc in the battle for runner-up. Among the Constructors, the Mercedes-AMG PETRONAS team collected a chunk of points at the US GP to close the gap by 27 points. This puts the team 40 points behind Ferrari and with extra points from the Sprint race available, there should be a strong effort put in.

Alain Prost has won at Interlagos 6 times before, followed by Michael Schumacher who took 4 wins. Among the constructors, Ferrari has won 9 times at Interlagos, with McLaren one less. However, if all Brazilian GPs are taken into account (including those held at the other track), then McLaren has 12 victories whereas Ferrari has had 11.

This is the sixth F1 event to include a Sprint race and Interlagos is the first venue to hold two. The Emilia Romagna and Austrian Grands Prix had Sprint races earlier this season, with the British, Italian and Sao Paulo GPs staging the popular 100-km race in 2021. Max Verstappen is F1’s leading sprinter to date, having won in Britain, Emilia-Romagna and Austria.