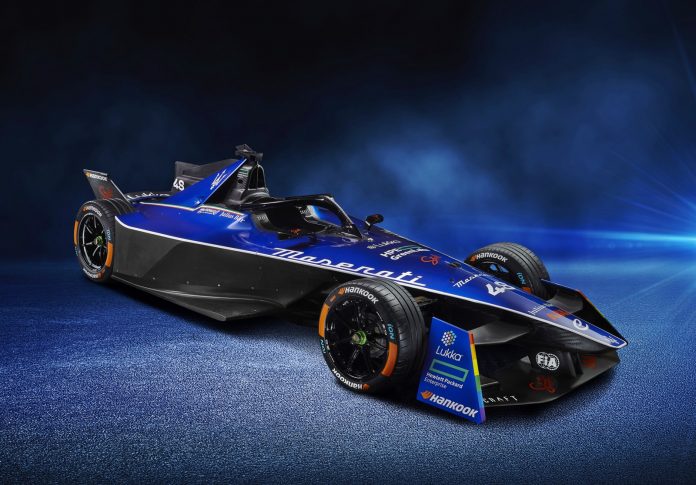 Maserati is no stranger to motorsport, having been present in touring, GT and even Formula 1 (from 1950 to 1957) so competition is in its high-performance DNA. Next year, the Italian carmaker will enter the ABB Formula E World Championship, the all-electric series which will be in its ninth season.

It will enter as the Maserati MSG (Monaco Sports Group) Racing with the Maserati Tipo Folgore Gen3 – the first fully electric racing car in the history of the brand which is also the first Italian carmaker to enter Formula E. It is the second brand in the Stellantis Group to participate in Formula E, the other being DS from the Citroen affiliate which has been racing since 2018.

Maserati’s participation in Formula E is timely as the carmaker begins its journey towards electrification and electric mobility. This strategy has seen the introduction of Folgore, a new sub-brand that will have a range of battery electric vehicles (BEVs). Folgore versions will be available for the Grecale, GranTurismo and GranCabrio, as well as the MC20.

Gen3 racing car
Inspired by the Trident’s iconic blue hue, the Tipo Folgore Gen3 racing car conforms to the Gen3 regulations that are applied for the first time in Season 9. These regulations have resulted in the fastest, lightest and most powerful Formula E racing cars ever. The Gen3 cars are also the world’s most efficient racing cars and feature a series of industry-leading design, production and technological innovations.

The Gen3 cars have front and rear powertrains delivering 600 kW of regenerative power and 95% power efficiency, allowing for more than 40% of the energy used within a race to come from regenerative braking alone.

From circuit to road
For Maserati, developing its racing car to achieve high performance with an electric powertrain employs ‘Race Beyond’, a platform to transfer innovation from circuit to road. The track expertise, technology and software used in Formula E is a key part to this competitiveness and will transfer to Maserati’s high-end road cars with the imminent introduction of its Folgore range.

“After months of anticipation, it’s a great feeling to lift the covers off the Maserati Tipo Folgore,” said Team Principal James Rossiter. “With the prestige of Maserati and the experience, success and diligence of MSG, we believe we have a winning combination. Now our focus returns to pre-season preparations and after a promising private testing phase, we need to maximise every minute of track time in Valencia. At this stage, it’s very difficult to make any predictions, but with a competitive package and Edo [Mortara] and Max [Guenther] behind the wheel, we’re confident that we can have a successful season.”

The new livery for the Tipo Folgore has been created to give a contemporary and pure look. The Maserati Trident is naturally prominent on the nose cone along with the Maserati Corse logo containing the Italian Tricolore sitting either side of the bulkhead.

Max Guenther’s first impressions
“The car looks incredible, and it feels fantastic to drive,” says Guenther. “With more power, less weight and improved regenerative braking, it’s a great step compared to the Gen2. During private testing we’ve made some positive steps on the performance and reliability front, and I’m excited to continue that work in Valencia later this month. With a strong pre-season test, I know that we’ll be able to hit the ground running in Mexico City for the first race of the season,” said Guenther, who is Formula E’s youngest race winner at 25 years of age.

Guenther will be taking part in his fifth season in the championship. He has 3 wins to his name and Maserati MSG Racing sees the German as ‘the future of Formula E and one of motorsport’s most promising talents’.