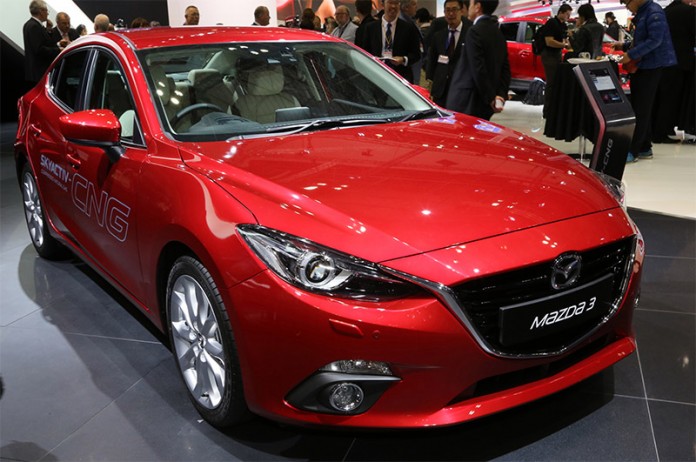 Getting the right balance

Having entered its third generation, the new Mazda 3 was the third model in the Japanese manufacturer’s stable to feature the Skyactiv technology, after the CX-5 and the Mazda 6. It was the third model to adopt Mazda’s Kodo: Soul of Motion design philosophy and be introduced in Malaysia after the aforementioned SUV and D-segment sedan.

Having gained a reputation for being among the better built and better driving cars in the C-segment, there is no denying that the level of expectations was quite high when we got the keys of the Mazda 3 Skyactiv.

Besides that, we were also very curious about how the Skyactiv engine (which we have experienced in the CX-5 and Mazda 6) would feel and perform in a much smaller chassis. Most importantly, what we really wanted to know was if the new car was any better than its predecessor.

Powering this stylish car is the 2.0-litre SkyActiv engine mated with a six-speed automatic transmission, kicking out a total of 162hp at 6,000rpm and 210Nm of peak torque at 4,000rpm.  After driving it around for a couple of days, we realised that a twisty back road is where the Mazda 3 really comes to life, with its nimble handling, strong grip and excellent chassis control coming to the fore.

To inspire even more confidence, the Mazda3 offers neutral balance and steering with positive turn-in, and complementing the engaging drive was the brake pedal which offers a perfectly progressive action. The gear-change was also very seamless, with no jerking sensation or lagging at any given time.

As much as the exterior design is concerned, the Mazda 3 is undoubtedly influenced by the sleek and swoopy Mazda 6. What we love most about the car’s design is that it looks good both in sedan and hatchback forms, thanks to the low roof and the steeply rising waistline. Although it looks like a shrunken Mazda 6 from certain angles, it’s not really a bad thing as the car sure looks amazing.

In fact, the Mazda 3 Skyactiv is arguably the best looking car in its segment. The 18-inch alloy wheels, colour-coded door handles and mirrors that are offered as standard, the LED headlights with daytime running lights (DRL), and the striking front grille gives the car a very contemporary, yet bold appearance, unlike the outgoing model’s front fascia which looked like the car was constantly smiling.

The simple, yet sharp design theme continues inside as well, where we discovered a very driver-focused design. For starters, the comfortable driving position was low-set, while the view ahead of the driver was dominated by a neatly designed instrument cluster that features a large central-mounted rev counter flanked by smaller digital dials.

Other highlights include the seven-inch tablet-style touchscreen on top of the dashboard, and the knurled-metal finish used for the ventilation and infotainment controls. While it couldn’t quite match the upmarket appeal of European cars, the cabin still featured plenty of soft-touch materials and felt robusty built. What’s more, the Mazda 3 comes loaded with kit as standard.

In terms of space and practicality, there was more head and leg room than we could ask for in front. Rear passengers don’t get quite as much leg or headroom though, while the small side windows add to the slightly claustrophobic feel as well. However, the 419-litre boot is a good bargain though.

One thing that we noticed was that there were no useful shopping bag hooks or even a 12-volt power supply. On the plus side, there’s lots of storage elsewhere in the Mazda, including deep door bins, a lidded cubby between the front seats and a large, air-conditioned glovebox.

Since the hatchback is only available as a mid-range variant, there were no leather seats or powered seats. Although the seats were wrapped in fabric, they provided good support and felt comfortable throughout our stint with the car. Overall, besides the lack of leg room in the rear, we don’t have any complains, as the build-quality, level of comfort, and the features offered were top-notch as expected.

In all, the Mazda 3 SkyActiv is a fine car. The ‘right-sized’ engine is smooth, revvy and helps maintain the newcomer’s reputation as one of the best drivers’ cars in its class. The design is also big step forward inside and out, while the practical and well equipped cabin adds to the car being a worthwhile purchase. Just as we thought that the Asian C-segment was headed to the pits, the Mazda 3 has appeared to give hope to those looking for a decent, well balanced C-segment car.