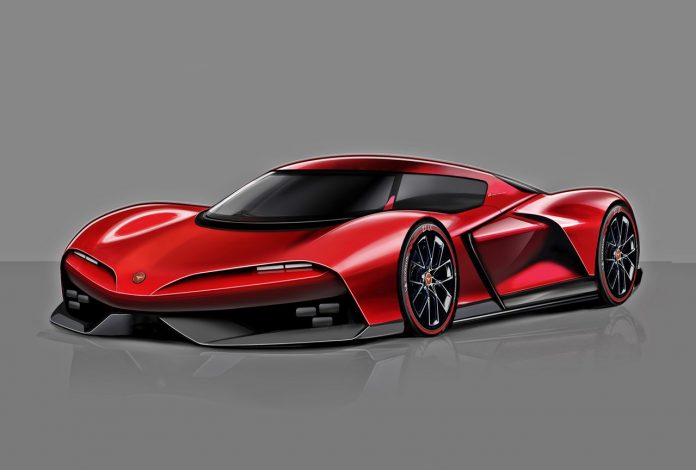 Giotto Bizzarrini’s name may not be as prominent as that of other Italian automotive engineers but he nevertheless remains an iconic name in Italian automotive history. After working at Alfa Romeo for 3 years, he joined Ferrari in 1957. He was influential in the development of models such as the 250 GT, 250 TR Testa Rossa, 250GT SWB and 3-litre Testa Rossa V12 engine, with the 250 GTO and original V12 engine being his most famous efforts.

In 1964, he founded his own company with the intention of producing specialised high-performance sports and racing cars. However, after 140 cars, the company could no longer continue and became dormant in 1969. 51 years later, in 2020, Pegasus Brands acquired the right to the Bizzarrini name and planned to use it for a new generation of cars for collectors and enthusiasts.

The Bizzarrini brand was reintroduced to the world with the 5300 GT Corsa Revival early in 2022. This was the first model to bear the Bizzarrini name since the GT Strada 4.1 concept of 2005. A total of 24 cars will be built at Bizzarrini’s own facility in the UK, each an authentic contemporary interpretation of the 1965 class-winner at Le Mans.

END_OF_DOCUMENT_TOKEN_TO_BE_REPLACED 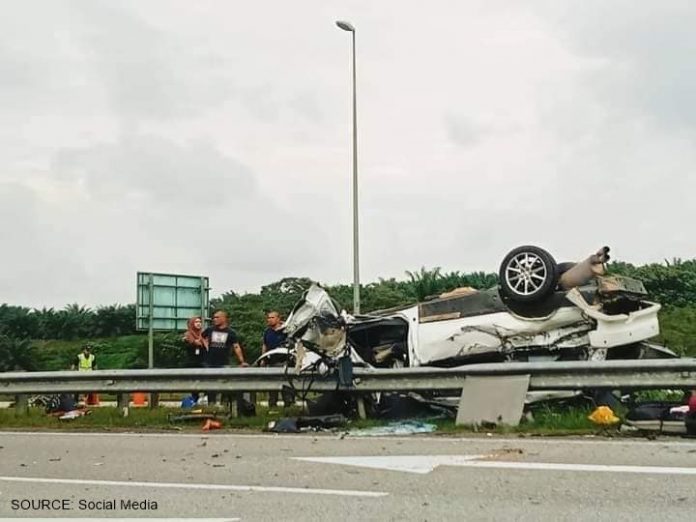 Motoring along highways is generally safe as the roads are usually in good condition and there are a few lanes so that overtaking can be done safely. The traffic flow is also safely separated on two sides, reducing dangers of collision.

However, accidents can still occur and sometimes with tragic outcomes. According to a Bernama report, a couple were killed and their 3 children injured when their vehicle crashed at KM274 of the East Coast Highway 2 (LPT2) near the Cheneh toll plaza exit at around 4 pm yesterday. The family, who reside in Kejang, Selangor, was said to be travelling to Kg. Gelugor, Kerteh, Terengganu after dropping one of their sons off in Kuantan.

END_OF_DOCUMENT_TOKEN_TO_BE_REPLACED 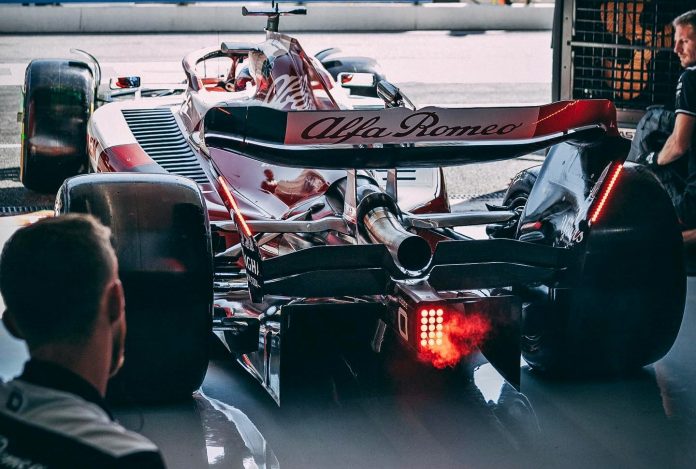 As the teams begin their phased unveiling of the new cars for the 2023 Formula 1 World Championship, the FIA has also confirmed that 6 manufacturers have registered as Power Unit Suppliers for the 2026 – 2030 seasons of the championship.

The manufacturers that will supply the F1 power units are Alpine Racing, Audi, Ferrari, Honda Racing Corporation, Mercedes-AMG High Performance Powertrains and Red Bull Ford. It’s interesting that Honda has signed up to be an engine manufacturer after 2025 when Red Bull Racing, which will use its engines until then, will switch to a new power unit jointly developed with Ford (and so will Scuderia AlphaTauri).

END_OF_DOCUMENT_TOKEN_TO_BE_REPLACED

Bird dropping falling from the sky are not an unusual occurrence and while they will dirty your car, they don’t cause permanent damage (unless you don’t wash the deposits off). But hard objects will cause dents and could even injure somebody or cause an accident. Fortunately, such incidents don’t happen often but there was such a case recently and it was even recorded on video and began circulating on social media.

The video of 1 minute and 43 seconds uploaded by Tik Tok user, Syrupboy1, was taken in the Kampung Baru area of Kuala Lumpur. It showed a young person throwing a bottle from the balcony of what was believed to be a high-rise residential unit. It was clear that there was a busy highway with lots of cars.

END_OF_DOCUMENT_TOKEN_TO_BE_REPLACED 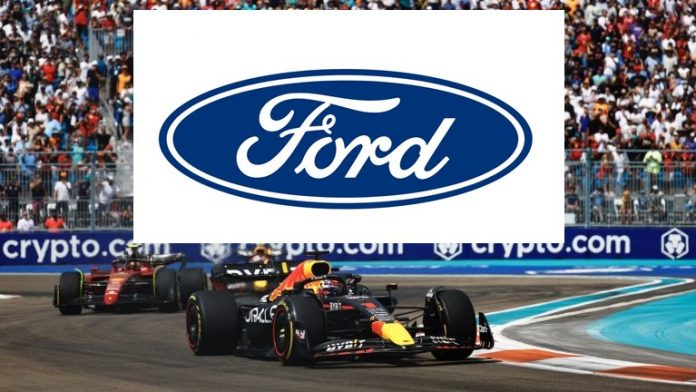 Ford has announced its return to Formula 1 after 22 years away from the sport. Despite having been absent from F1 since 2004, Ford remains the third most successful engine manufacturer in F1 history with 10 Constructors’ championships and 13 Drivers’ championships. Between 1967 and 2004, the carmaker provided engines to no less than 67 teams.

It was present in F1 up to 2004, with its last entry being with the Jaguar team (acquired from former F1 driver Jackie Stewart) as the British carmaker was then owned by Ford. The extremely high (and rising) cost of participating in F1 was given as the reason Ford withdrew and sold its team to Red Bull (the energy drinks company) for US$1 at the end of the 2004 season.

Drawing the carmaker back to the sport it dominated in the late 1960s and 1970s is the increasing interest in key markets around the world, including the USA. Furthermore, the FIA and F1 have a commitment to sustainability with increased use of electric power as well as sustainable fuels.

END_OF_DOCUMENT_TOKEN_TO_BE_REPLACED 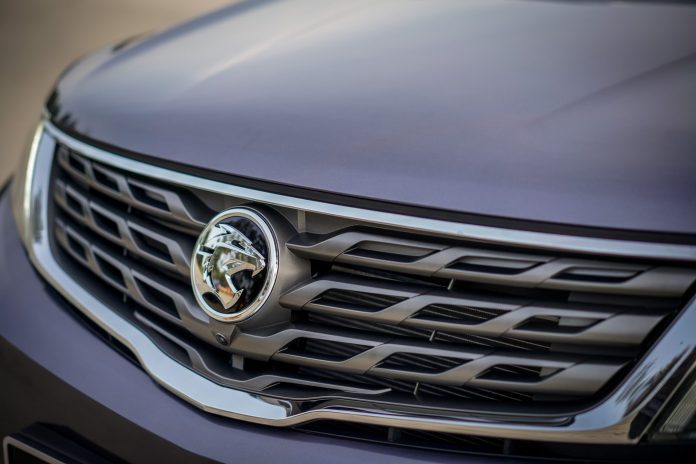 Proton has started off 2023 with a strong surge in sales, having its best start to a year since 2013. With 11,681 units (including export sales) delivered in January, the increase in sales compared to the same month a year ago was 162.3%. With the market size for January estimated to be 51,000 units, Proton’s share would be 22.9%, an improvement of more than 12% compared to January 2022.

The strong performance is due to greater supply of vehicles from the two factories in contrast to the reduced output that the carmaker experienced last year due to flood-related supply issues. At the end of 2021 and early 2022, there was very severe flooding in some areas of Selangor which affected the operations of some of Proton’s suppliers.

END_OF_DOCUMENT_TOKEN_TO_BE_REPLACED

Datuk Aishah Ahmad, President of MAA, Passed Away At 71 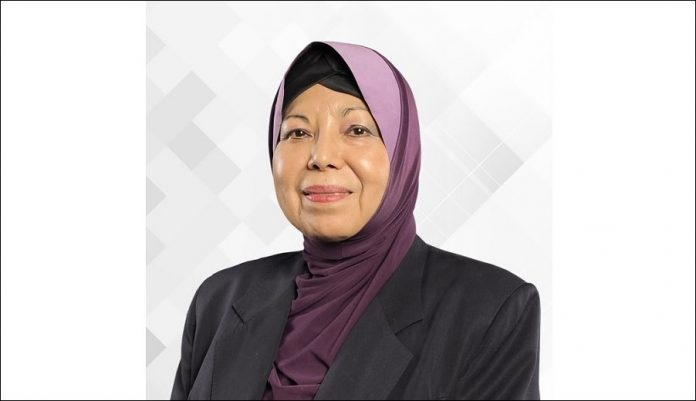 It is with sadness that we report that Datuk Aishah Sheikh Ahmad, President of the Malaysian Automotive Association (MAA), passed away earlier today. She had performed her umrah and was due to return to Malaysia from Jeddah tomorrow.

Datuk Aishah was one of the longest-serving people in the Malaysian auto industry which she spent her entire working life in. She entered the industry in the mid-1970s after graduating from MARA, starting off as an executive trainee at the Inchcape Motor Group. She moved through the group in various roles in marketing and was the first woman to attain the position of Group Marketing Services Manager in the late 1970s.

END_OF_DOCUMENT_TOKEN_TO_BE_REPLACED

Crazy To Blacken Tail Lights Until Brake Lights Can’t Be Seen But Some People Do It! 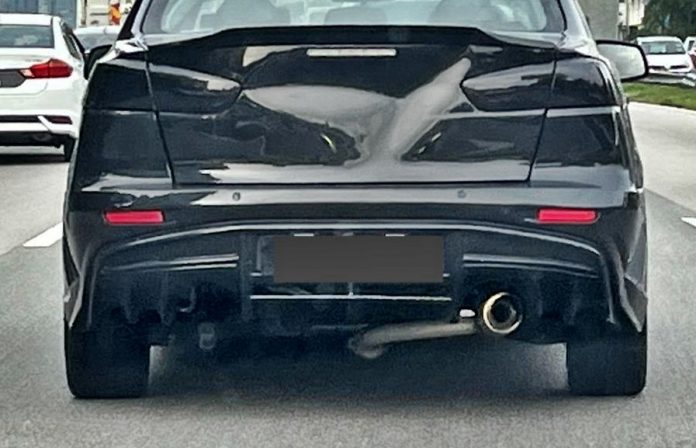 It’s not unusual if a car owner would like to personalize his car, making it different from the thousands of similar ones on the road. Even repainting the car to a different colour can be considered personalization and of course, there are many accessories that can be added.

However, the JPJ does also remind motorists that changes made to the car may be illegal in some cases as they may be considered modifications. For instance, the installation of a large rear spoiler might be excessively large and that would not be permitted. Changing of headlight bulbs is also an offence although changing the wheels has been generally allowed, provided they are of the same dimensions as the original wheels.

One dangerous personalization practice that has been highlighted by our fellow motoring journalist Hezeri Samsuri of Careta is the darkening of the rear lights. It may be trendy or sporty but it blocks the illumination of the brake light completely. That, of course, is very dangerous as drivers behind won’t know the car is braking and might ram into it.

END_OF_DOCUMENT_TOKEN_TO_BE_REPLACED 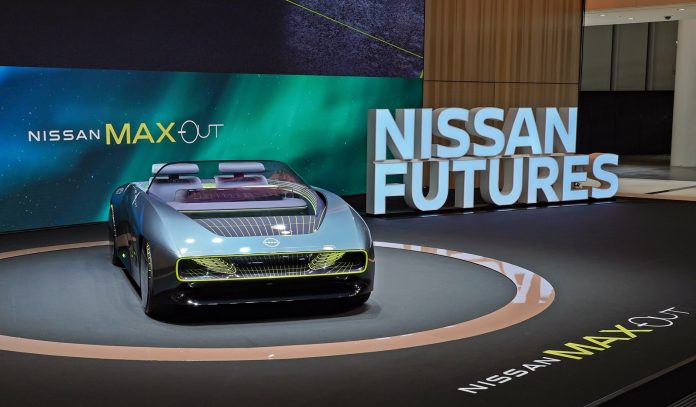 With digital renderings these days, it is possible to present a new vehicle design so realistically that it seems like an actual model. However, it is still 2-dimensional and while there can be many angles (and the image can even be rotated and zoomed in and out), there’s nothing like a physical model in 3-dimensional form.

In 2021, at the Nissan Ambition 2030 presentation, Nissan showed three concept cars – only in virtual form – as a preview of its future range of fully electric models. Among them was a concept called the Max-Out which was a topless low-slung 2-seater. As a convertible, it suggested a sporty and fun experience, perhaps assuring people that even with electric power, cars will still be fun to drive.

Of the three concept models, Nissan decided to turn the Max-Out into reality and has built one unit. The model is part of the Nissan Futures event in Tokyo which showcases how Nissan is shaping the future of sustainable mobility and innovative design.

END_OF_DOCUMENT_TOKEN_TO_BE_REPLACED 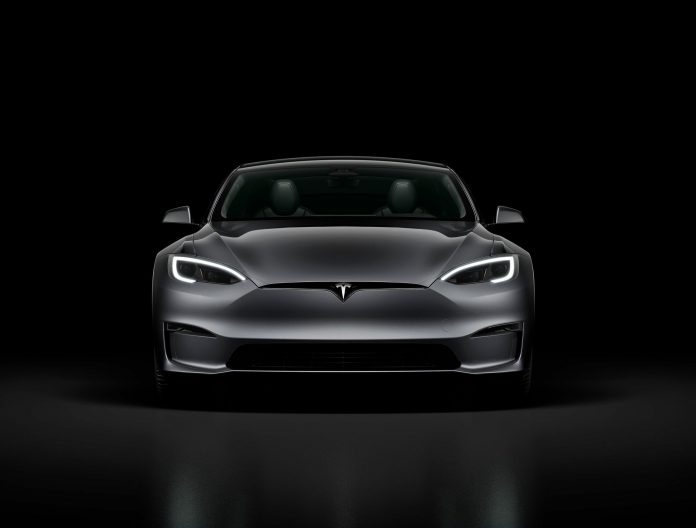 Although Tesla does not have a global presence like Toyota (the world’s top-selling carmaker in 2022), it is still a world leader in as far as battery-electric vehicles (BEVs) are concerned. While BYD Auto’s total sales of 1.9 million electrified vehicles in 2022 were higher than Tesla’s 1.3 million+ units, around 50% of the Chinese carmaker’s numbers were hybrids whereas Tesla sells only BEVs.

Nevertheless, Tesla has been steadily expanding its global footprint since first marketing BEVs four years ago. Apart from North America, it has covered much of Europe and has been looking at the Asia-Pacific region in the past couple of years. It began official sales in Singapore in mid-2021 and started up in Thailand this year.

Meanwhile, Malaysian EV enthusiasts have been eagerly awaiting the arrival of the brand officially. While limited numbers have been sold by private importers, the absence of an official presence has meant that aftersales support – a vital part of ownership – is not readily available. This can be a risk to owners, especially for a high-tech product like a BEV. When there is official presence, such as an authorized distributor if not a subsidiary of the manufacturer itself (eg BMW Malaysia and Mercedes-Benz Malaysia), there is not only assured service and spare parts support but also direct access to the technical people to get assistance.

Now it seems that Tesla could soon be starting to official sell its cars in Malaysia. Although it has had a subsidiary in Penang handling back office operations (finance, accounting etc) since 2017, it has not done any retail sales. The buzz on social media, especially in EV-related groups, is that there has been a move to change the name of the Penang unit, originally known as Tesla Services Sdn Bhd, to just Tesla Sdn Bhd. A screenshot shared on many social media groups shows that the SSM (Malaysian Registrar of Companies) had confirmed the name-change last October.