There’s a saying in the car enthusiast fraternity, that a family that drives together, stays together. This is especially true in the case of the Caccavo family, where the dad, mum and son, each drive a well looked after E28 BMW 5-Series car.

It all started when the dad, Dean Caccavo decided to look for a clean E28 M5 that was relatively affordable, in good condition and was able to offer immense driving pleasure. After patiently waiting for prices of the M5 to dip to an acceptable level, Dean was able to pick one up that was in relatively good condition.

Seeing this, his wife wanted in on the action and so did his son, which lead to all three of them having very different yet similar E28 5-Series that they use as their daily drivers. It’s a touching story that should serve as a reminder to those who think that older cars don’t have the ability to cope with as much abuse as more modern ones. Check out this awesome video by Petrolicious video to for the full story about how the Caccavo family fell in love with the E28.

In general, the E28 was the second generation 5-Series that BMW made, it replaced the aging E12 and was produced from 1981 to 1988. The car was 4,620mm long, 1,700mm wide and 1,415mm high, which is considerably smaller than the current generation 5-Series. But back then, cars of that era were heavy and less powerful than the ones we have today.

The E28 was eventually replaced with the more robust E34 that proved to be a hit among executive car buyers around the world. That said, the E28 is still respected among many and is still a decent classic by today’s standards. 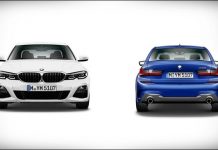 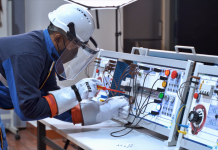