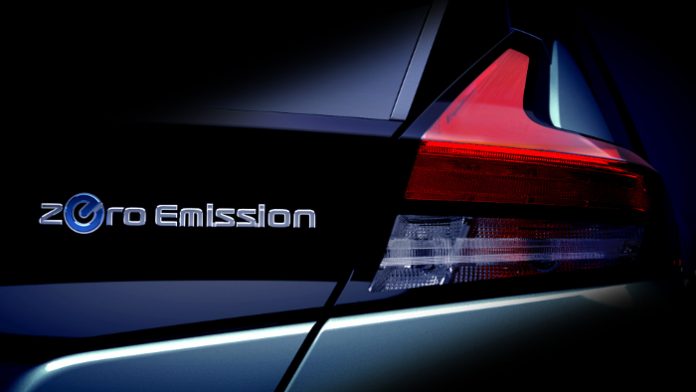 Nissan has revealed a few more details regarding its next generation all-electric vehicle, the Leaf. According to the manufacturer, the new car will feature an all new design and be packed with a slew of advanced safety tech.

Unlike the previous generation one, the new Leaf seems to take on a more angular yet functional design, which should give rise to a more aggressive overall look. And by building on the positive attributes of its predecessor, the new car is said offer a quiet and plaint ride while cruising.

The car will come with integrated ‘Intelligent Mobility’ technologies that will help enhance the vision of drivers and allow them to spot hidden dangers ahead of time. This system will also provide them with a better sense of their surroundings, which may help them be more vigilant while driving.

Regarding the interior, Nissan is still being rather vague when it comes to the layout and tech of the cabin. It was only willing to disclose that the car would have ‘Premium interiors designed to suit your taste offer a touch more comfort’.

The world premier of the Nissan Leaf will take place on September 6th, 2017 in Japan. Touted as the first mass-produced electric vehicle, the original Leaf received a lukewarm welcome from car buyers. Despite being revolutionary at the time, the car lacked the appeal and practicality that many regular petrol powered cars had at the time.

However, Nissan should have all that sorted those issues with the new car because competition is going to be ever stiffer as more and more mainstream manufactures jump on the EV bandwagon. Stay tuned and we will let you know more once the car is launched.