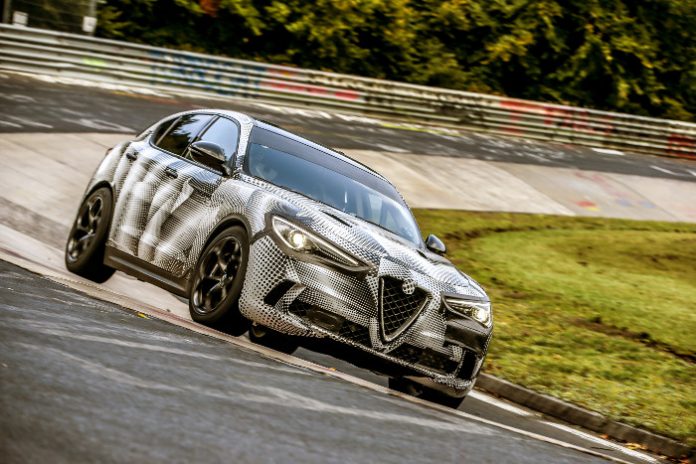 “We specifically engineered and designed the Stelvio Quadrifoglio to set world-class benchmarks and it did not disappoint with a world-record Nürburgring lap time of 7 minutes and 51.7 seconds,” said Reid Bigland, Head of Alfa Romeo. 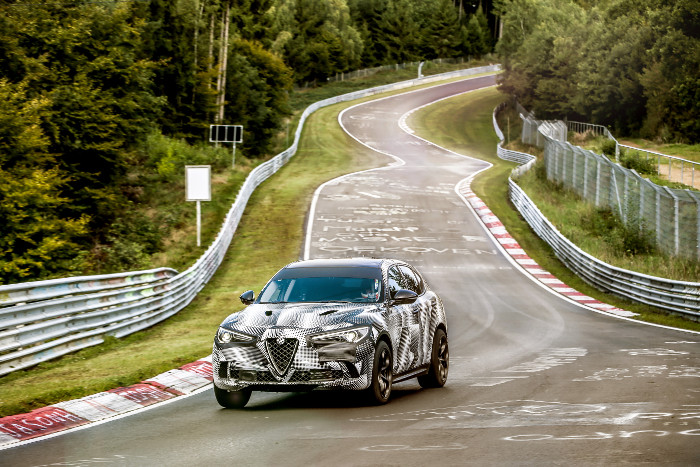 Lapping the infamous proving ground of mainstream automakers in just 7 minutes and 51.7 seconds, the Stelvio Quadrifoglio is the halo vehicle of the Stelvio line up. It features some of the best tech of the entire line up and includes the following options:

Fabio Francia, hurled the SUV around banked corners with great aplomb as he chased the elusive title of fastest SUV to lap the Nurburgring. The Performance SUV segment isn’t a big one and Porsche has pretty much been the King of the Hill until recently.

But that should change soon as automakers such as Jaguar, Aston Martin and Maserati are gunning to be crowned the best of the best. This is why Alfa Romeo hopes that its latest achievement, proves that the Stelvio Quadrifoglio offers the best mix of high performance, capability and design.

Powering the vehicle is a 2.9-litre V6 twin-turbo engine that produces 505bhp and 601Nm of torque. This colossal amount of power is sent to all four wheels via Alfa’s Q4 all-wheel-drive (AWD) system, which is said to deliver better performance and superior control.

The latest feat makes Alfa Romeo the only manufacturer at the moment to hold the lap record for a production four-door sedan and an SUV. But if these vehicles don’t tickle your fancy, Alfa does offer more docile variants of these performance vehicles for much lower prices.

That said, check out the youtube video below to witness Alfa’s record breaking attempt at the Nurburgring: