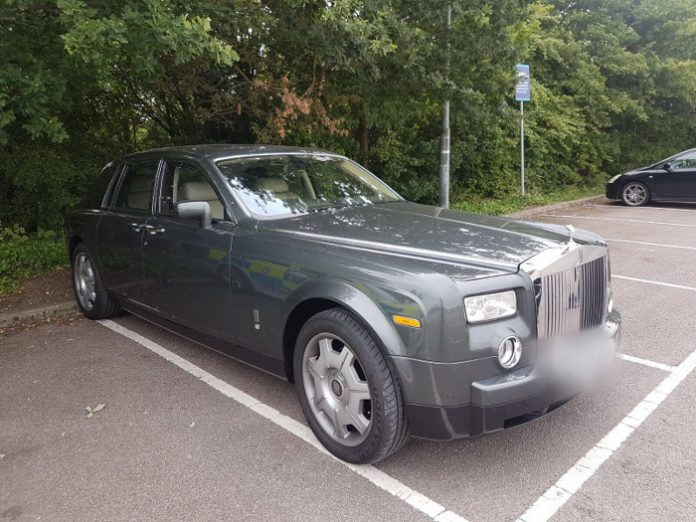 vehicles are more than just a mode of transportation, to many, its an extension of thier personalities, allowing them a place to feel comfortable and secure, a social tool that can be enjoyed with friends and family as well as an office on wheels.

As such, sometimes many value their vehicles far more than they would like to believe. And should one be unfortunate enough to have his/hers stolen, at that moment, it may seem like the end of the world.

That is exactly what it seemed like for a businessman in the UK who had his Rolls-Royce Phantom stolen while he was in the garden. The thieves managed to break into his home, steal his car keys, and make a getaway undetected.

Fortunately for the owner, his £110,000 (RM611,281) car was fitted with the TRACKER system. It is an award-winning stolen vehicle recovery (SVR) technology that enables law enforcement and security personal to track down stolen vehicles.

Working together with law enforcement, the system was able to locate the Rolls-Royce in question, and in less than two hours, which is a feat in itself. Unlike a number of other such systems systems, this SVR one can locate stolen vehicles anywhere, even when they are hidden in a garage or a shipping container.

“I thought my car was gone for good. I can’t believe the thieves were bold enough to break in, in broad daylight. Thankfully, it was discovered at a supermarket car park in Leicester in less than two hours, which is a great result and demonstrates the importance of TRACKER’s unique relationship with police forces across the UK,” said the unnamed owner.

According to statistics released by the company, in 2016, the most expensive car that it recovered in the UK was a Mercedes-Benz G63 AMG worth £120,000 (RM666,851). But the reality is, luxury/expensive cars account for less than 1% of stolen vehicles that it had recovered.

In fact, the majority of the vehicles reported stolen by the company, are regular run-of-the-mill hatchbacks, sedans and MPVs. This means that car thieves are not brand biased or look to hijack extremely valuable sports cars, rather they prefer to target the ones that are most convenient for them.

As such, it is important that we exercise caution when choosing where we park our vehicles and how we secure them. Regardless of how sophisticated your car alarm is, it won’t be able to do you any favours if a thief is able to exploit its vulnerabilities, disarm it and driveway with your prized possession.