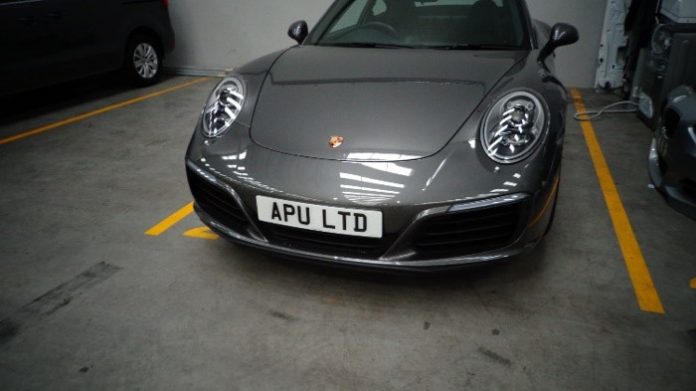 Due to the ever increasing sophistication of automotive technology, car thieves have had to resort to more ingenious methods to circumvent newer security systems. A background in electronics and wiring are now part of the job requirements for any successful car thief.

Gone are the days when a car jacking was attempted by petty criminals armed with a screwdriver and a pair of pliers. Nowadays, they are equipped with laptops and cutting-edge hacking tools to breakdown a car’s security system.

Such was the case for a repair shop in Birmingham, where thieves broke in and stole a number of cars, including a Porsche 911 that costs £100,000 (RM549,788). After some initial tampering with the cars’ systems, they managed to drive the vehicles from the centre to a dump site not very far away.

There, they got to work at removing the telematics devices and number plates, rendering said vehicles, virtually untraceable by authorities. CCTV evidence that was gathered captured the crime, from the breaking and entering of the repair shop, to the cars driving into the dump site.

These thieves were able to perfectly conceal the identity and location of all the vehicles that were taken with the exception of the 911. See, this particular car, was equipped with another covert device from a company called Asset Protection Unit or (APU). This tracking device was hidden well enough that nobody was aware of its presence.

Once the vehicle was reported stolen, APU was able to track the vehicle’s data and relay it back to the authorities. The Porsche was found in a hotel parking lot in Coventry just two days later. Unfortunately, the culprits have yet to be apprehended. But APU is working with law inforcement to identify the suspects.

Incidents such as these are symptoms of an underfunded police force that lacks the manpower needed to keep its streets safe. In fact, 40 police forces in England and Wales recently revealing that car theft was up 30% from 2013, the theft also represents a case-study of how criminals are finding such success on UK roads.

Neil Thomas, Director of Investigation at Asset Protection Unit Ltd, said, “This latest incident is worrying evidence of thieves becoming increasingly savvy. When organised gangs of thieves go to these lengths it can make tracking and recovering the vehicles almost impossible.”

APU’s services are currently being employed by police forces and insurance companies in the UK to compensate for their lack of resources and skills. This knowledge can be used to interrogate telematics data and package it into usable evidence in court.

This way, the good guys still have a fighting chance of getting the better of the baddies who are becoming increasingly more crafty with each passing year.