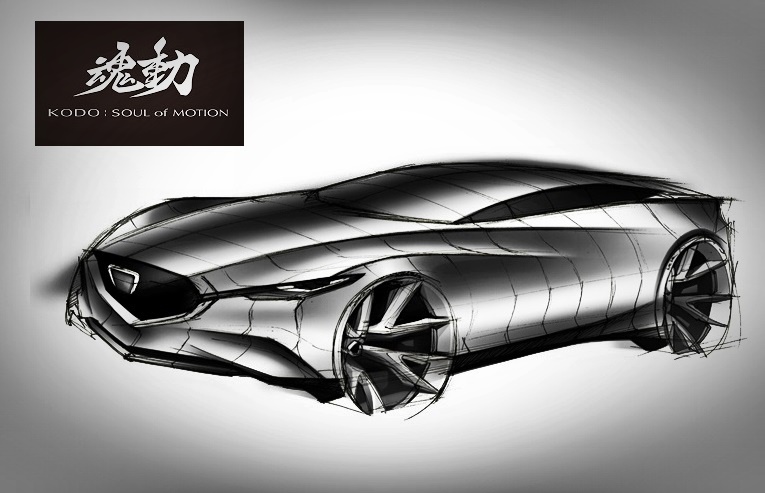 Mazda’s design philosophy – Kodo: Soul of Motion – is 10 years old, having been introduced at the Los Angeles Motor Show in 2010 with the Shinari concept car. It was a preview of how forthcoming Mazda models would look and represented a bold new direction for design at Mazda.

The word ‘Kodo’ literally translates as ‘heartbeat’, but with the added meaning of filling something with life; of giving it a soul. This idea is central to the way Mazda has always thought about design. “In Japan, we feel that craftsmen inject life into what they make. We believe that a form sincerely and painstakingly made by human hands gets a soul,” explained Ikuo Maeda, Head of Mazda Design. Therefore, ‘Soul of Motion’ takes on a double meaning, expressing both the essence of motion and the ‘soul’ imbued in the car by Mazda’s master craftsmen. 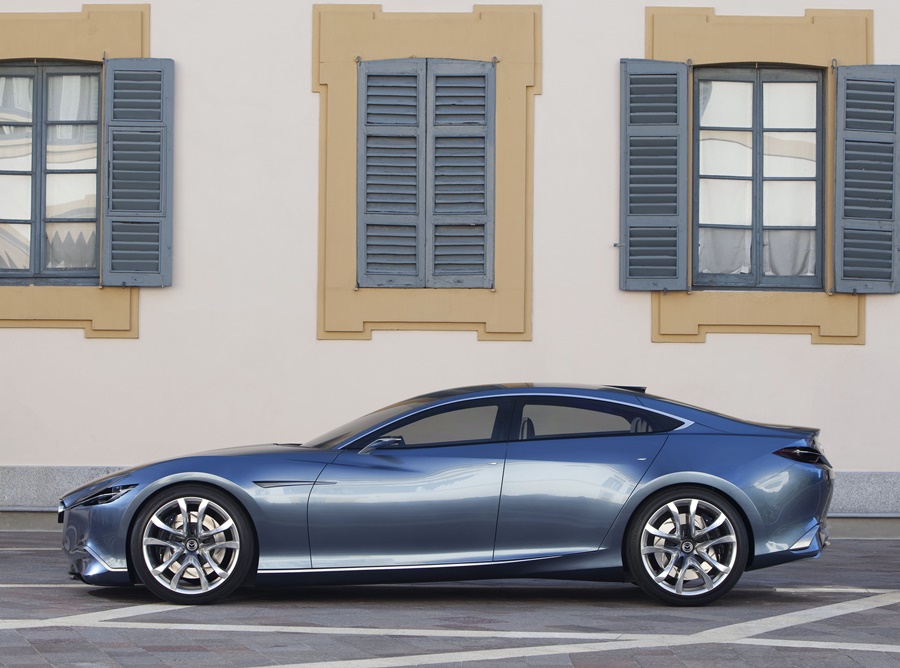 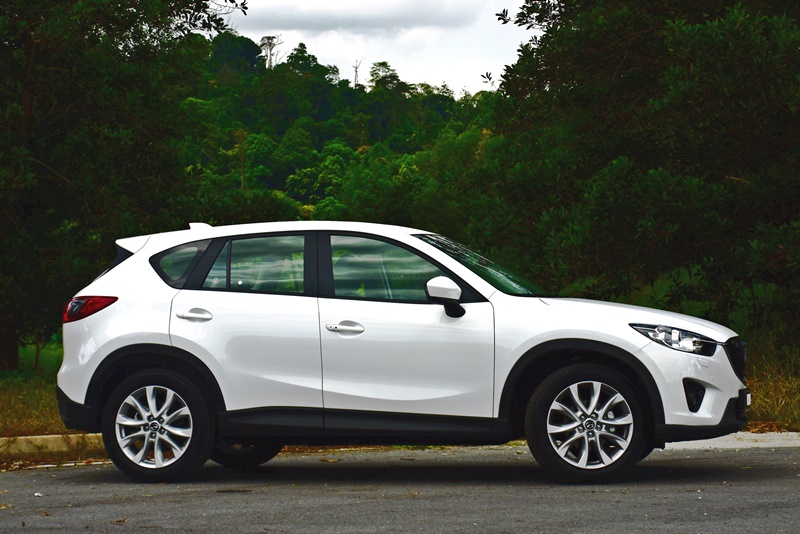 The Shinari 4-door sports coupe concept was followed in 2011 with another example of Kodo Design, the Minagi compact crossover SUV concept which later evolved into the highly successful CX-5.

Inspired by the beauty and power of nature allied with the emotion of motion, the first Kodo designs were strongly inspired by the image of a cheetah about to pounce. Mazda designers closely observed how these powerful mammals used their entire body as a spring to convert pent-up energy into highly controlled motion. 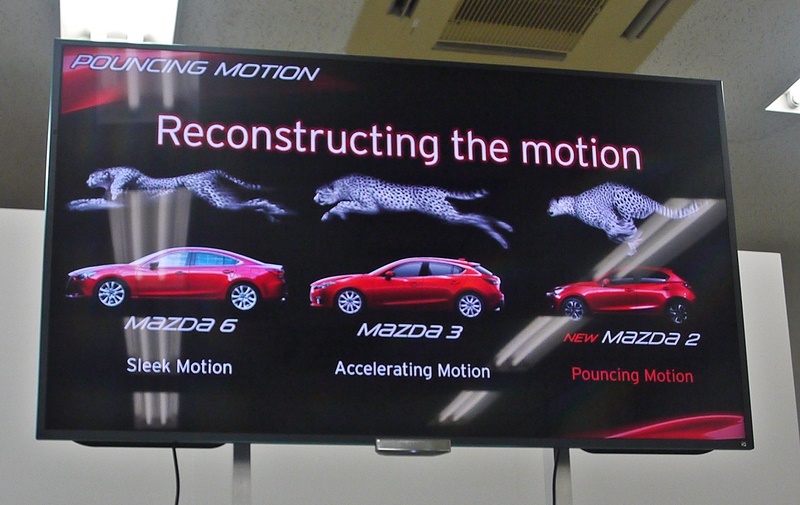 The Takeri offered a new level of strength and allure to the future of Mazda’s sedan styling, while the Hazumi (meaning ‘to bound’ or ‘spring up’ in Japanese) used Kodo Design to characterize the personality of a small but vigorous animal bursting with energy for Mazda’s next generation B-segment car.

Minimalist approach
A turning point for Kodo Design was reached with the RX-Vision and Vision Coupe which evoked a powerful and emotional design with as few elements as possible. Introduced at the 2015 and 2017 Tokyo Motor Show, respectively, both concepts anticipated the new elegance and yet more pronounced minimalist aesthetic of an updated interpretation of Kodo Design. Dynamic and emotional forms are achieved by shaving off any unnecessary elements to bring out the very essence of beauty and motion.

From Kai to Mazda3
From this point onwards, Mazda designers sought to create beauty and a unique elegance through taking visual components away, not adding more. Launched in 2019, the latest generation Mazda3 was inspired by the Kai Concept and was the first vehicle to showcase the evolution in Kodo Design. It presented a more mature rendition targeting greater styling prestige through the elegance and rigor of a minimalist, less-is-more aesthetic inspired by the purest traditions of Japanese art and the beauty of space between objects.

With the latest Kodo Design, which is in the current Mazda3, every element serves a purpose; nothing is superfluous or purely ornamental. Three concepts were instrumental in this design progression: Yohaku or ma, the beauty of empty space; sori, or curves with poise and balance; and utsuroi, the play of light and shadow.

For example, by eliminating character lines, an empty space is created on the vehicle’s smooth side panels and functions as a blank, endlessly changing canvas for the play of light and shadow – a special skill of Mazda designers. As the car moves through space, the change of light and shade creates a dynamic and fluid aspect with the ‘Soul of Motion’ played out on the side of the car.

It took hundreds of hours of painstaking clay sculpting and painting work to develop the Mazda3’s design that creates subtle undulations of light and shadows gliding over the car’s smooth body. It is fundamental to the uniquely Japanese elegance of Mazda’s next-generation design vision.

Change and Release for CX-30
The CX-30 was developed to follow this design concept with exterior styling that has suppleness and the flowing elegance of a coupe combined with the toughness of an SUV. The vitality of Kodo Design is retained, with a new ‘Charge and Release’ design expression inspired by the brushwork used in Japanese calligraphy.

In particular, Sori is clearly embodied in the arc of the shoulder running from the front wing to the rear wheel, giving a sense of speed and vitality. Utsuroi may be seen in the body surfaces beneath the shoulder line, which reflect the surroundings in a distinctive ‘S’ shape that changes as the car moves. 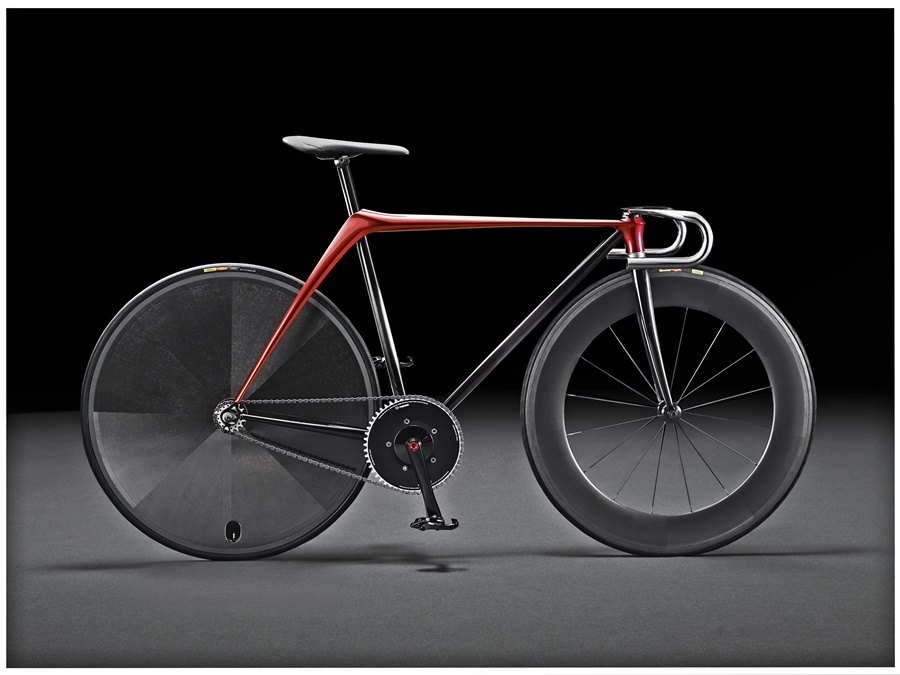 Award winner
Since its inception 10 years ago, Mazda’s Kodo Design philosophy has been praised and recognized by many awards. Both the RX-Vision and the Vision Coupe have been named the ‘Most Beautiful Concept Car of the Year’ and the revamped Mazda MX-5 won the ‘World Car Design Award’ in 2015.

More recently, the Mazda CX-30 and the new MX-30 have won a Red Dot Award 2020 in the Product Design category, while the Mazda3 was named ‘World Car Design of the Year’ in the 2020 World Car Awards.  Ikuo Maeda himself has also been recognized with the Design Hero accolade earlier this year by Britain’s Autocar magazine. 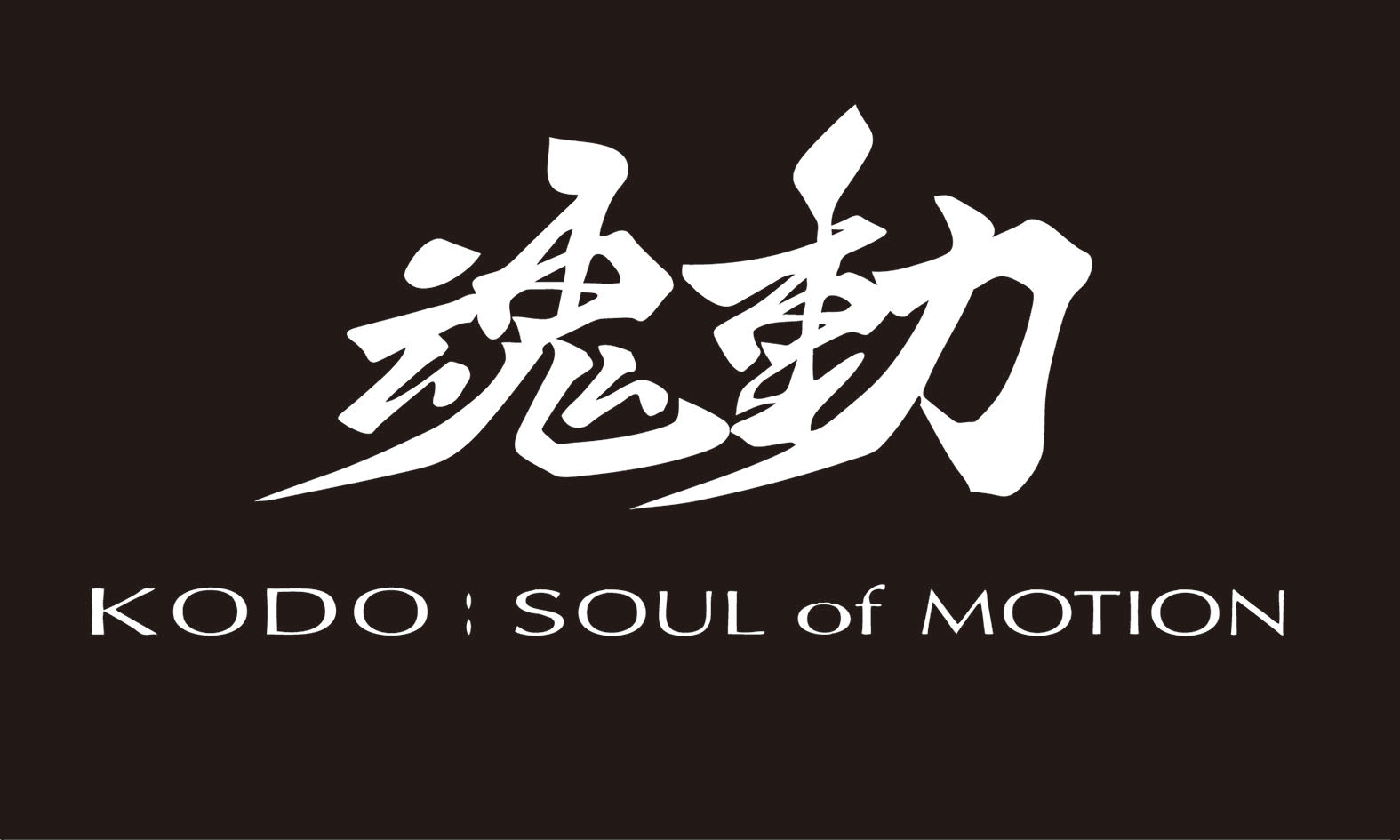 Visit www.mazda.com.my to know more about the wide range of Mazda models in Malaysia 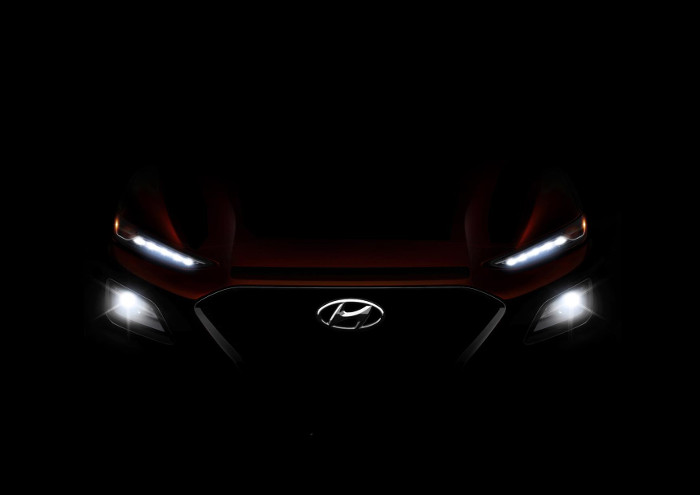 Hyundai Kona to be introduced soon 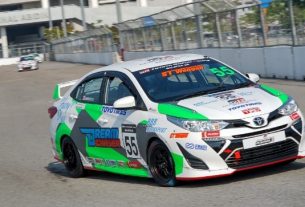 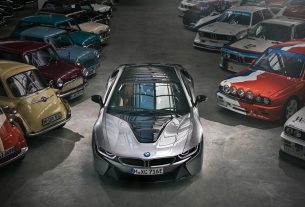 BMW i8 headed to retirement as a future Classic