With electric vehicles (EVs) constantly in the news these days, you will by now be familiar with the main selling points: zero emissions and lower maintenance costs. Apart from governmental pressures, the industry is doing its best to persuade motorists to switch from vehicles with internal combustion engines (ICE) to EVs as quickly as possible to build up the numbers and reach economies of scale that can bring production costs down.

Understanding that driving range and price are key factors in consumers’ minds when considering an EV, they are working hard on those factors which will require greater manufacturing innovation and efficiencies across the sector. But the angle of zero emissions from EVs being able to address climate change and preserve the environment is not applicable everywhere. In the more economically advanced countries, ‘saving the planet’ may be something people can also think about (and do something about) but for much of the world, saving themselves first is a higher priority than changing to a more expensive EV in place of their still-functioning ICE vehicle. 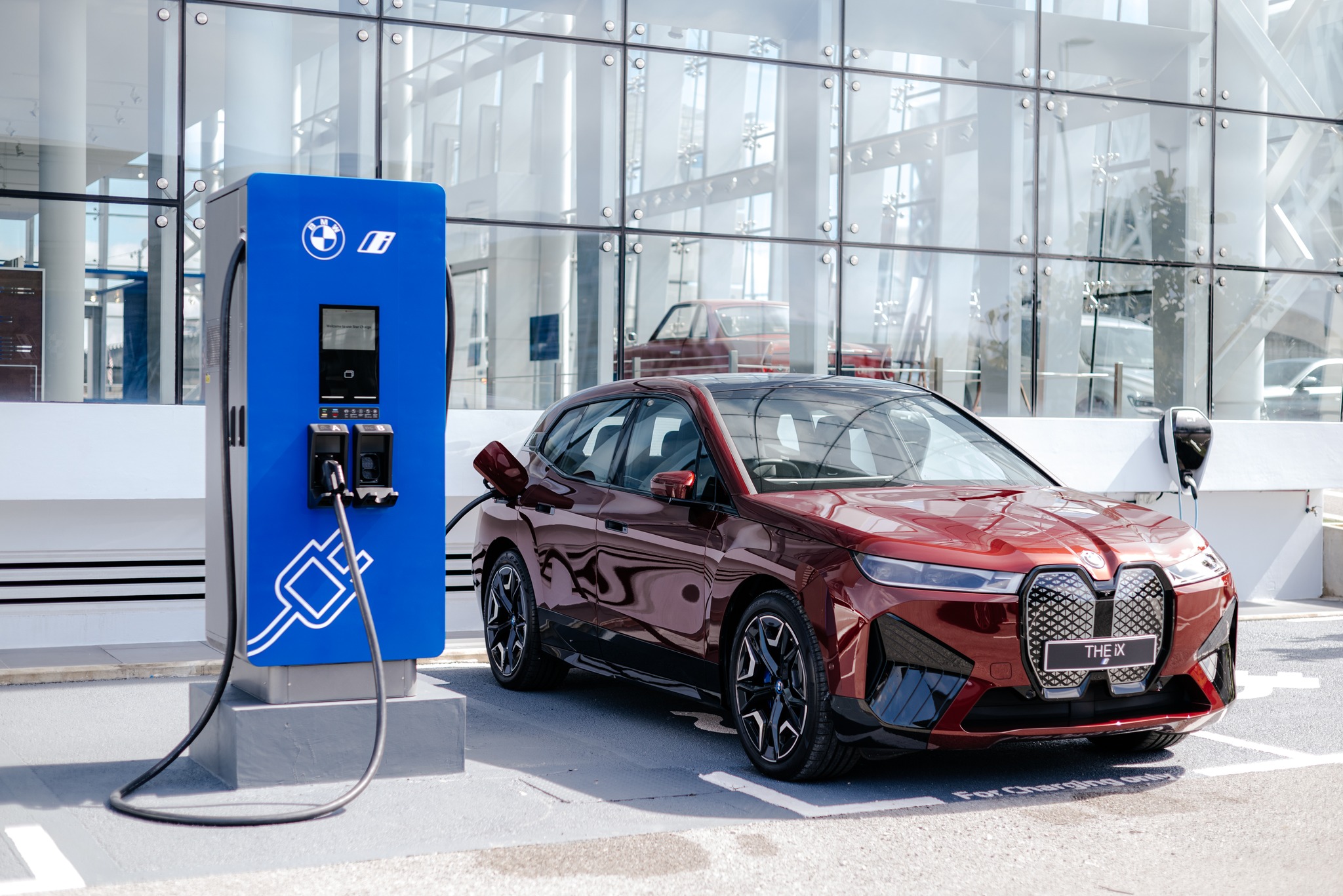 “The reality is that, despite EVs eliminating tailpipe emissions, they also produce a ‘long tailpipe’ of increased demand for electricity and energy-intensive materials,” notes a report by global technology company Hexagon. The report, based on original research conducted by Wards Intelligence, says that many of today’s EVs have been designed for short-term well-to-wheel benefits without considering their ‘whole-lifecycle’ environmental footprint.

For motorists, the perspective is only from tank (the fuel tank or battery pack) to wheel whereas a true examination of the benefits of EVs must consider the much bigger picture. While EVs can certainly give the benefits which we are being told about, the cost of making them and running them is a side of the story which consumers don’t ask or know about. But it is one which is generating debate and which suggests that EVs are not necessarily the best solution to addressing climate change.

Bigger picture than just well-to-wheel
An EV can certainly beat an ICE vehicle on emissions while in use but what about over its entire life-cycle – starting with making it and also the resources to give it power? While the ‘well-to-wheel’ analysis typically looks at all emissions related to fuel production, processing, distribution, and use when comparing EVs to ICE vehicles, it is also necessary to cover an even wider scope which includes manufacturing of EVs and end of life.

This is where things start to look different and while studies have found that the amount of carbon dioxide (CO2) in the production and distribution of ICE vehicles and EVs is not significantly different, the battery packs needed in EVs tip the scales. 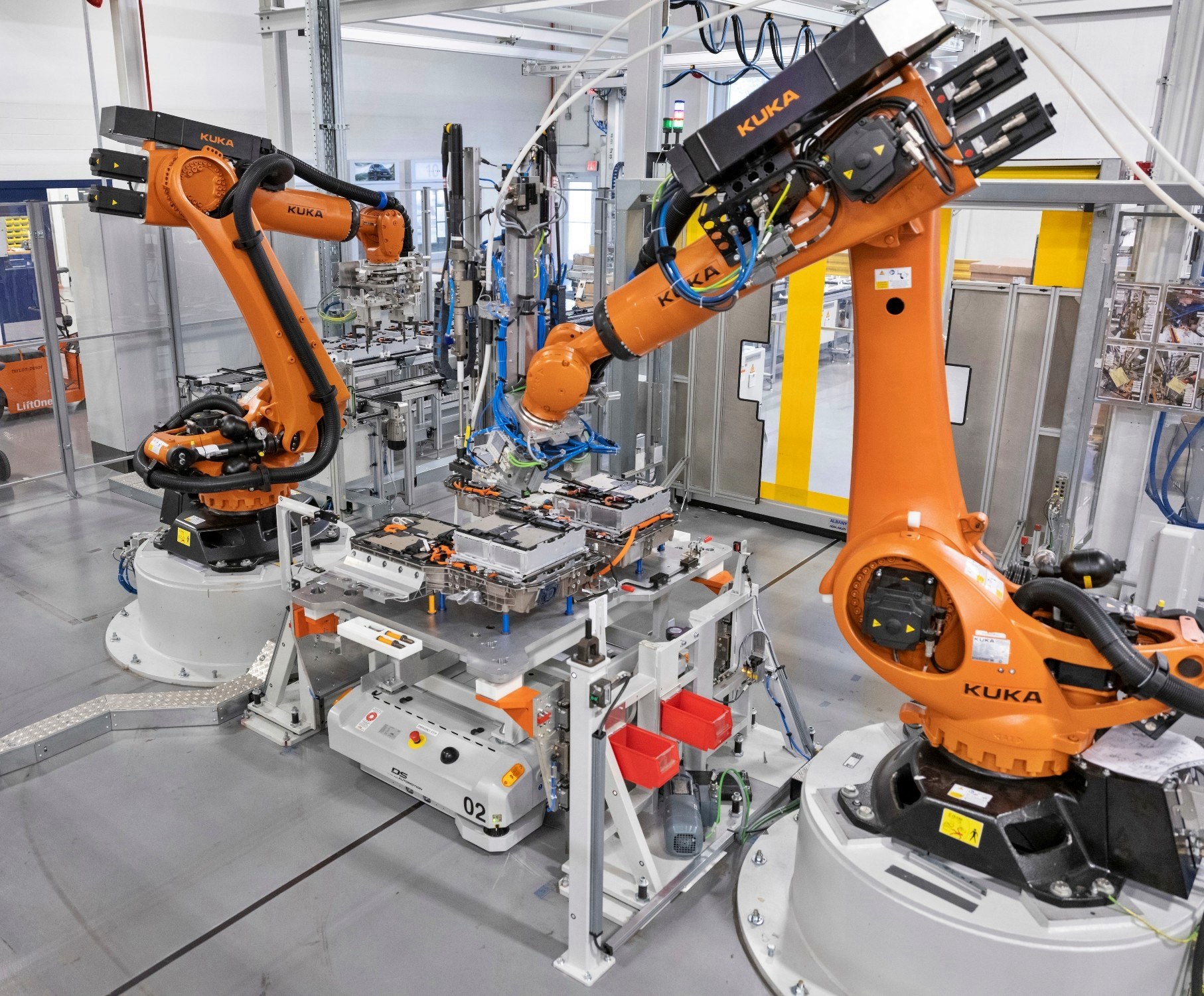 Apart from requiring depletable rare metals, it is estimated that up to 150 kgs of CO2 are released for every 1 kiloWatt hour (kWh) of battery capacity. To provide an EV with 500 kms of range would require a battery that currently has at least 60 kWh of storage capacity. To make such a battery pack would mean that another 9 tonnes of CO2 would be added to manufacturing the vehicle and this is a negative impact from the perspective of environment-friendliness (compared to making an ICE vehicle).

‘Sustainability’ is also touted as another selling point of EVs but if so many of the electricity-generating plants are coal-powered, would it not then be a case of shifting demand of one depleting fossil fuel (oil) to another (coal)? After all, both fuels are the product of dead plants and dinosaurs and other organic stuff that was buried up to a billion years ago. According to a group at Stanford University, the world’s coal reserves will last only till 2090, oil reserves will run out by 2052, and  natural gas by 2060. And this is based on current consumption; if demand for electricity starts to rise rapidly with more EVS in use, then the depletion will naturally accelerate. 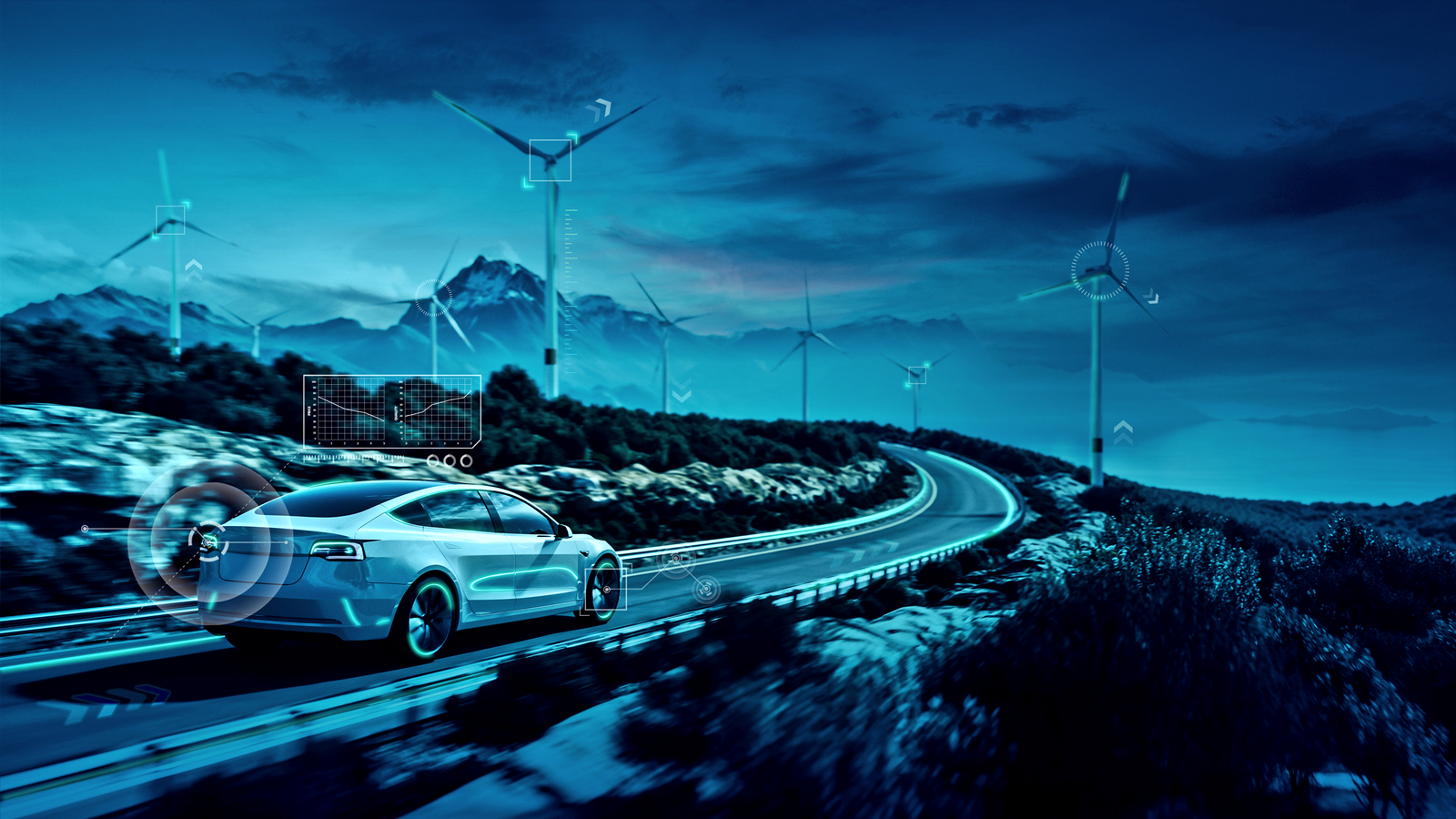 Of course, not all sources of electricity use coal or oil. Studies show that 36.7% of global electricity production comes from nuclear or renewable energy (solar, wind, hydropower, wind and tidal and some biomass), with the remaining two-thirds from fossil fuels. But of these two-thirds, 54% of the electricity generators are in China alone where the world’s biggest car market is.

Less parts, less complexity but…
EVs are also described as being ‘less complex’ as they have less parts than ICE vehicles. They are essentially computers with electric motors and wheels. But a closer examination will show that all those electronic parts – which are in greater numbers than in ICE vehicles – are composed of more ‘high-end’ materials – lithium, cobalt and rare earth elements which need to be mined. The rare earth elements have to be extracted and waste from the processing methods can be radioactive water, toxic fluorine, and acids.

Estimates of lifetime emissions from EVs depend not just on mileage travelled in the vehicle’s lifetime but must also take into account whether the battery pack will last equally long. Current lithium-ion technology for battery packs has degradation over time, and after hundreds of charge/use cycles, become less effective. Like the battery in mobilephones, the lifespan will vary but studies have found that it takes at least 1,000 full cycles before the battery pack starts to show any degradation.

Eventually, it will probably be that entire EVs – including their battery packs – will have a specific lifecycle so a new battery pack is unnecessary. Everything can be recycled and the batteries might even serve a further purpose for other equipment. The latter process already exists in some places through projects initiated by manufacturers.

The true test of success for electric vehicles is therefore to deliver on their broader promise and create a commercially successful automotive industry that can also be environmentally sustainable. The Hexagon survey demonstrates that manufacturers are aware of the need to go beyond eliminating end-user emissions and improve the ‘whole-lifecycle’ sustainability of EVs. Carmakers and suppliers also increasingly recognize the need to think beyond the vehicles and instead build car parts for a second life and a circular economy.

This will require the industry to compress and connect manufacturing processes together so that sustainability is ‘baked in’ to a vehicle’s DNA at design stage and every part is conceived and created to support both a sustainable car and economy.

So should you buy an EV?
The ‘dark side’ of EVs aside, the change will come about and even if you presently have the choice of staying with an ICE vehicle, your children probably won’t. EVs are the future and ICE vehicles will either be banned from use in some countries or their sale will be stopped so that they eventually diminish in numbers (which could take decades in places like Malaysia). Right now, for Malaysians, it would be a good time to buy an EV if you can afford one because of the duty-exemption. This exemption won’t be around forever although there may be other incentives in future though not as great as this one. 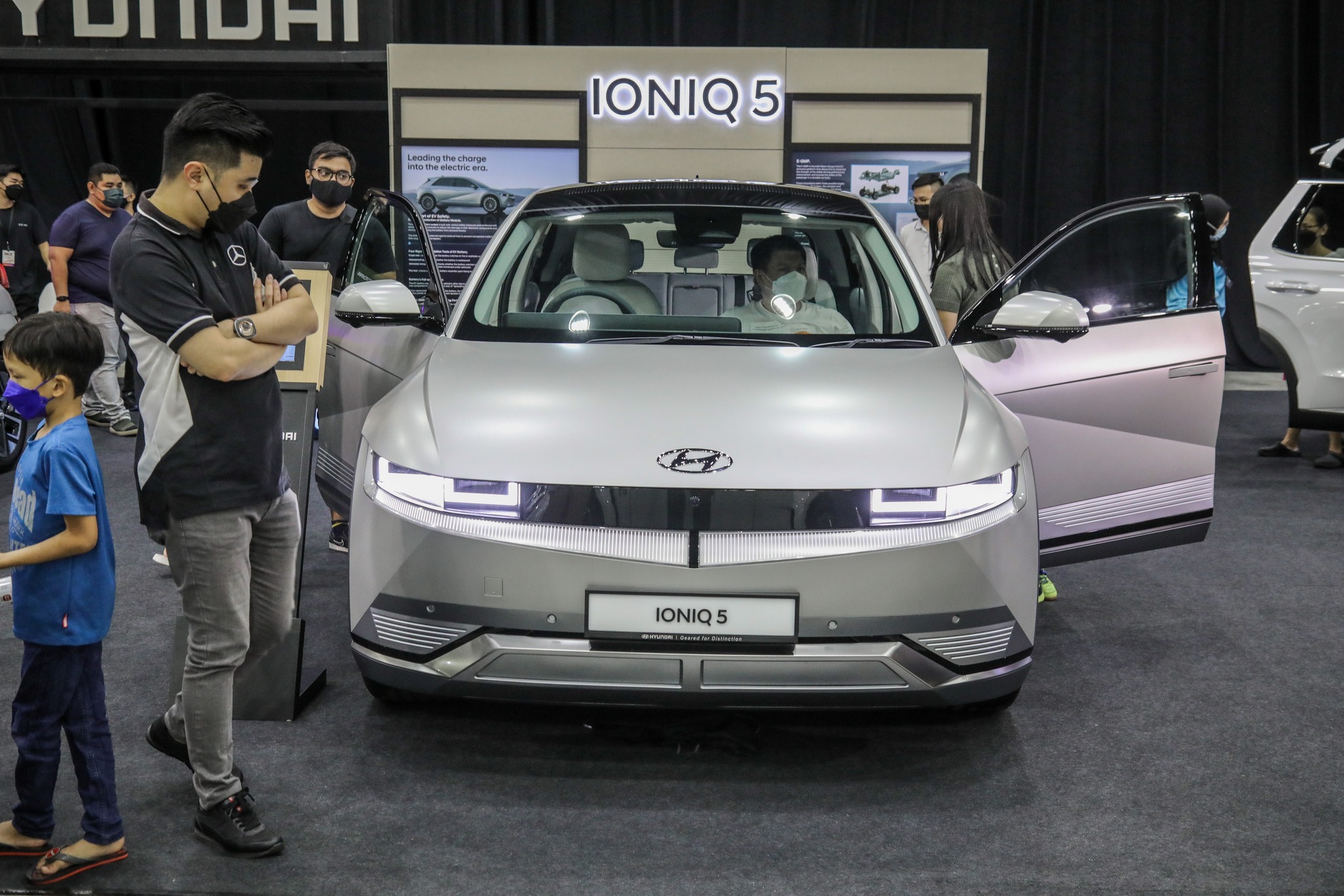 There are definitely advantages to owning and using an EV compared to an ICE vehicle. Running and maintenance costs are less but you will incur an extra initial expenditure setting up a charging point at home (if you can do so). The earlier disincentives like limited range are steadily being erased as battery technology improves and the same goes for recharging facilities. The network is steadily growing and with increasing numbers of EVs on the roads, there will be more justification to invest in expanding the network.

Like computers and mobilephones, the technology keeps advancing each year. As we said earlier, there is a race on by the industry to improve range and reduce costs and so performance will get better and as volumes rise, production costs can go down so EVs will become cheaper. In this case then, perhaps it may be a better idea to consider the subscription approach instead of the outright purchase and ownership model that has been the norm for decades. This will help you to remain current with the latest technologies by changing cars regularly without concerns about depreciation and disposal. 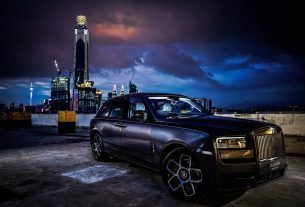 The Rolls-Royce Black Badge Cullinan has arrived in Malaysia 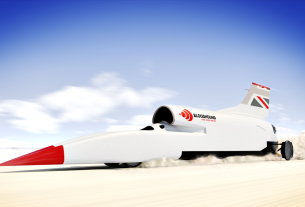 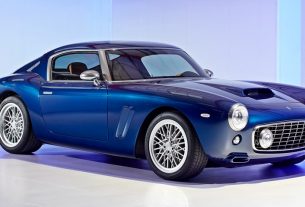