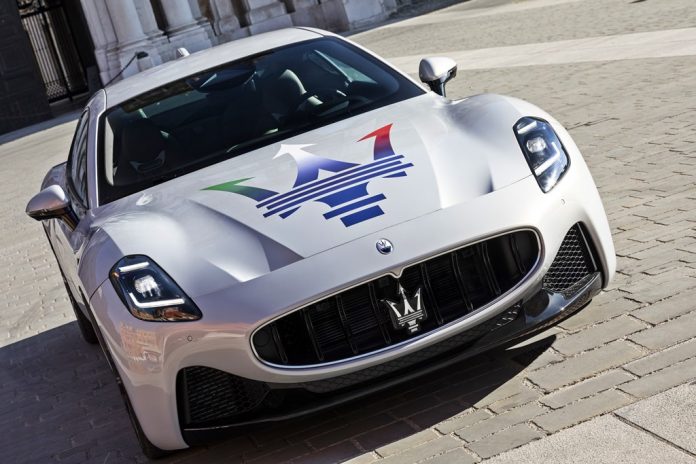 The last time Maserati had a GranTurismo in the showrooms was in 2019, and then production of the model stopped after some 40,000 cars had been sold worldwide. At that time, the carmaker didn’t say it was the end of the line but rather that it was focussing on factory renovation. It also said that it would develop a new ‘Made in Italy’ high-performance sportscar which would undoubtedly continue the iconic model line that began 75 years ago.

The all-new GranTurismo must be nearing launch as it has now been revealed in public without camouflage. With ‘a selected number of employees from the Maserati Family in the driving seat’ and travelling many kilometres, prototypes must be undergoing final real-world testing. This is the time when pictures start to appear in social media so the company has probably decided that it’s more practical to simply allow the car to be seen uncamouflaged.

Maserati has not released much information about the latest descendant of the model line that began with the Pinin Farina-designed A6 1500 of 1947. What is known is that the prototypes (in Modena and Trofeo versions) are powered by the V6 Nettuno engine.

This engine is already being used in the MC20, so its technical details are known. It was developed in-house and is made at Maserati’s own factory. With technology derived from Formula 1, the 6-cylinder powerplant has a 90° vee configuration with a 3-litre displacement and a dry sump. For the MC20, it has two turbochargers and an output of 630 ps/730 Nm.

Although Maserati has highlighted the Nettuno engine for the new GranTurismo, the company has  also said that the new model will be the first of the brand’s six cars to adopt ‘a 100% electric solution’. These will be in the Folgore (Italian for ‘lightning) line of EVs to be launched over the next 3 years. In June last year, it issued some pictures of a camouflaged car ‘photographed in the streets of Modena’, adding that prototypes were running around on the circuit as well.

In April this year, Carlos Tavares, CEO of the Stellantis Group (which Maserati is a part of), gave a sneak preview of a GranTurismo Folgore when he drove a prototype as part of the promotional activity for the 2022 Formula E Rome E-Prix. At that time, Maserati gave some details about the electric powertrain which will have three electric motors (two at the rear, one in front) and generate up to 1,200 ps.