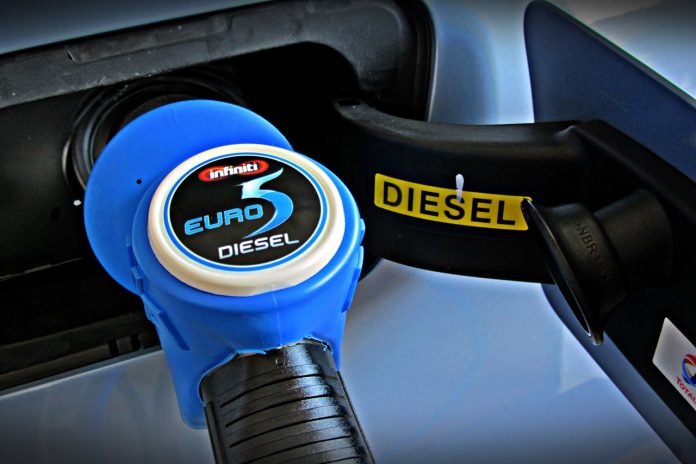 Today, Euro5 diesel is available to motorists nationwide, enabling them to run on a cleaner, high-quality fuel that is not only good for the engine but also for the environment. But prior to this day (November 12) in 2014, the fuel was only up to the Euro2 standard which was significantly less environment friendly. However, due to the controls that the government have on the petroleum industry and also the higher costs, the upgrading of fuel standards was slow.

The upgrading of standards was important because the newer generation of diesel engines requires fuel of better quality with much lower levels of sulphur. Furthermore, Singapore had become stricter on the exhaust emissions of commercial vehicles and as a great number cross over from Malaysia daily to deliver goods, the transport industry also needed to have better fuel.

The first company to make the decision to provide Euro5 diesel was Boustead Petroleum Marketing Sdn Bhd, which markets the BHPetrol brand of fuels and lubricants. After discussions with the government which was supportive of the move, the company began to supply Infiniti Euro5 diesel to a few stations in Johor. This was to quickly address the issue for the lorry operators going to Singapore.

It was not a simple task to make Euro5 available at every BHPetrol station because Euro2 diesel still had to be available to give motorists a choice as Euro5 diesel would cost 10 sen more per litre due to the additional cost of processing. The different grades must be stored in separate underground tanks and either existing tanks had to be used, or new ones added if there was space.

Over time, BHPetrol Infiniti Euro5 Diesel began to appear in more and more of its stations around the country. Motorists with newer vehicles using more efficient turbodiesel engines were happy that they could get the right fuel for their engines. The high sulphur content in Euro2 diesel was a problem for the more advanced injection systems as they caused clogging which would affect the fuel delivery.

While BHPetrol Infiniti Euro5 Diesel may meet the same standards as the Euro5 fuels of other brands which also entered the market later, there are some differences in its formulation which make it the right choice for many motorists. The formulation is the ‘recipe’ for producing the fuel and that ‘recipe’ is the secret which BHPetrol will not reveal.

It’s like your favourite nasi lemak; you probably have a stall that you go to regularly with what you believe to be the best nasi lemak in Malaysia. It may be the rice, or the taste of the sambal or the preparation of the fried chicken that is special. And the recipe is a secret which only the makcik knows and it was passed down from her mother who had spent many years perfecting it.

The same applies to fuels and while all fuels may have the same base stocks (petrol or biodiesel), the additive package is unique and proprietary. The additives provide benefits like removal of deposits, enhanced combustion and maintenance of cleanliness of fuel delivery systems.

While the additives may not be a secret as they are chemical compounds (which can be analyzed), the precise ‘recipe’ which makes up the additive package is what differentiates one fuel brand from others. This is similar to the secret recipe of one nasi lemak stall which you may prefer to others. You might be able to find out what the ingredients are, but the quantity used and the cooking process makes the difference.

This is how BHPetrol Infiniti Euro5 Diesel, the first brand of Euro5 diesel in Malaysia, is differentiated from other diesel products in the market. It has a unique and advanced package of additives that provide motorists with benefits that keep their engine operating at full efficiency.

When developing the ‘recipe’ for BHPetrol, the additive supplier considered the tough operating requirements, besides the need to conform to Euro5 standards for fuels. For reference, they used an DW10 CEC F 98-08 engine test conducted by an independent laboratory which showed that modern diesel engines running on diesel with no additives would experience 6.2% power loss after about 25 hours of running time.

BHPetrol wanted its Infiniti Euro5 Diesel to provide Full Restoration of power and for carmakers, this means that power loss must be less than 2%. After much experimentation, they developed an additive package which completely removed deposits as a first step and when measured, the full engine power was restored, outperforming the requirements.

BHPetrol Infiniti Euro5 Diesel’s additives have also been chosen to work effectively in modern turbodiesel engines. These engines have extreme temperature pressures which form hard-to-remove deposits. When deposits start to form, they gradually clog up the fuel injectors which have very tiny openings. As they clog up, the fuel spray pattern is altered and optimum fuel delivery is compromised leading to poorer fuel economy and power loss.

The long-term benefit of vehicles using BHPetrol Infiniti Euro5 Diesel is that the air quality will not worsen and can improve over time. This is because the Euro5 standard allows no more than 10ppm (parts per million) of sulphur compared to 500ppm for Euro2M. It is therefore a much cleaner fuel which produces lower emissions for a cleaner environment. As a significantly higher grade diesel, it also extends engine life and improves fuel efficiency.

Additionally, the Euro5 standard also sets limits on particulate matter (PM). This is the black soot that is visible from diesel engines that pollutes the environment. Under the Euro2 standard, the PM level was set at 100 mg/km but to meet Euro5, it must not be more than 5 mg/km, or 20 times less. The significant reduction required is achieved by the use of a Diesel Particulate Filter (DPF) which can capture up to 95% of the PM generated by the engine.

In addition to environmental and health issues, the sulphur in the fuel also contributes to increased acid levels in the engine that can cause damage to engine and emission control systems. The presence of sulphur in the engine exhaust gases limits the effectiveness of many exhaust after-treatment technologies, resulting in higher emissions of other pollutants.

Sulphur, like lead (banned from fuel), has long been used for lubricity, to reduce the friction between the moving parts inside an engine. Lowering friction is important for fuel efficiency as well as reducing damage to the parts. If the sulphur was reduced without compensation, then the efficiency of the engine would become worse. Fortunately, there are various additives which are available which can also improve on the lubricity so that efficiency is maintained or even improved.

With BHPetrol fuels, the advanced package of German additives includes such components that enhance lubricity. These advanced additives have been proven to provide not just a good balance of performance and fuel economy but also enable better mileage. This is achieved through various factors such as reduction of internal friction and more effective cleansing and prevention of deposit formation.

If you own a vehicle with a diesel engine, BHPetrol Infiniti Euro5 Diesel would be the right choice. It’s available in both B7 and B10 biodiesel grades to cover almost every type of diesel engine in the market. To locate a BHPetrol station, visit www.bhpetrol.com.my.