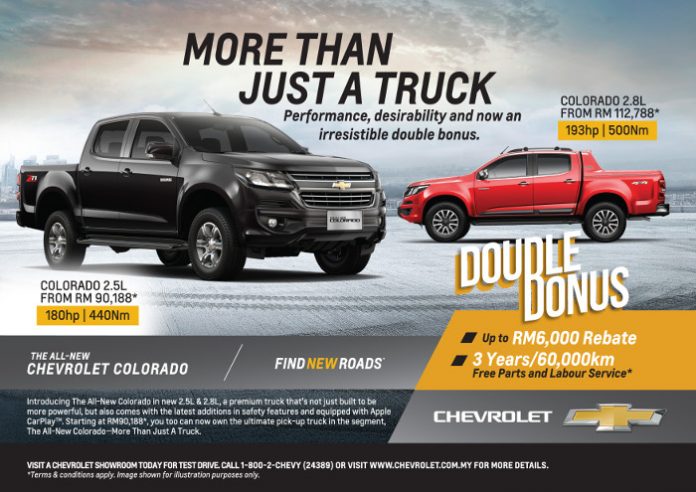 Naza Quest Sdn Bhd, the sole distributor of Chevy vehicles in Malaysia has launched a new sales promotion called the “Double Bonus”.This promotion provides a rebate of up to RM6,000 and 3 Years/60,000km complimentary Parts & Labour Service for all variants of the new Chevrolet Colorado. Buyers are eligible for the deals from 1st March 2017 onward.

Chevrolet Malaysia is also offering a comprehensive 5 Year/ 200,000km warranty and 1 year complimentary Chevy Assist Membership on all variants of the new Colorado as part of the manufacturer’s Complete Care programme. Visit your nearest Chevrolet dealership to learn more.