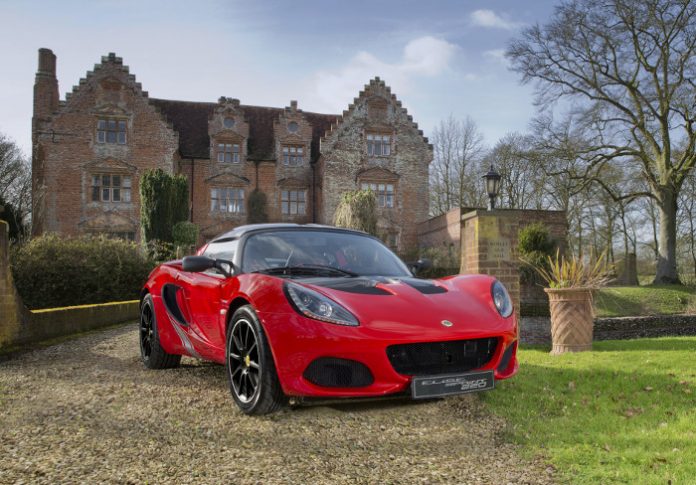 Lotus has introduced a new variant to its featherweight Elise family. Named Sprint edition, the new car adopts new clever weight saving measures that are reminiscent of the good old days when Colin Chapman was running the shop.’

Engineered in and out to be the lightest of the Elise family, the Sprint edition receives new distinctive styling to the exterior and interior of the car. It gets new front and rear aesthetics which are in line with the company’s design language including the lightweight open-gate gear selector mechanism seen on the Exige Sport 350. Other visual changes include bodywork keyed colour inserts for the sports seats, transmission console and HVAC surround, along with Sprint badge stitching. In addition to that, the car also receives an array of optional Alcantara trim panels on the doors, sills, seats and vents surrounds with contrasting stitching.

Improvements to the body include redesigned lightweight front clam panel, wider radiator apertures and mesh pattern grille, rear transom panel with two rear light clusters with reversing and fog lights mounted inboard. Aerodynamics have been tweaked too, with the addition of rubber elements on the flat underside ahead of the front wheel and an additional diffuser vane at the rear to improve air flow. 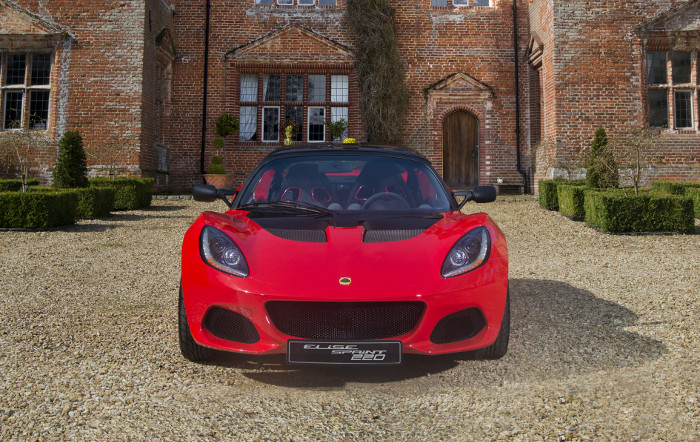 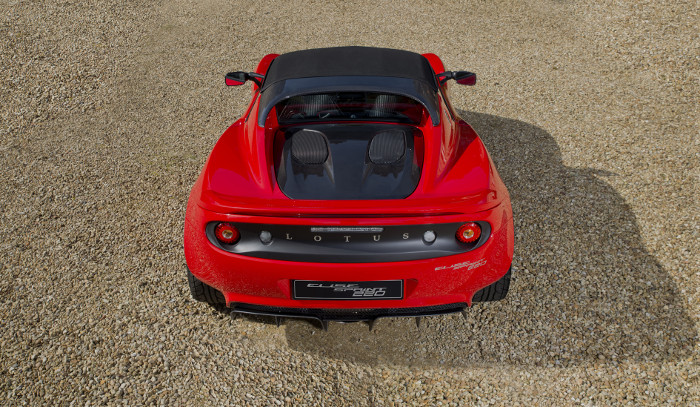 Comparatively, the Sprint edition is about 26kg lighter than the previous Sport and Sport 220 models even when fitted with optional two-piece brake discs (4kg lighter). Buyers can either opt for a 1.6-litre engine (134bhp and 160Nm of torque) or a supercharged 1.8-litre (217bhp and 250Nm of torque) one. As such, 0-100km/h for the Elise Sprint is 5.9 seconds and 4.1 seconds for the Elise Sprint 220. Lotus’s acoustic engineers have made some improvements to make the engine note more appealing to the 6 year old in all of us.

Stopping power comes courtesy of AP racing twin-piston calipers and Brembo single-piston rear calipers, however, a lightweight two-piece brake disc setup is also available as an option. Lotus does offer a number of ESP driving modes which are Drive, Sport and Off. The new Elise range which includes the Sprint, retain the same suspension configuration with fully independent double wishbone setup and a front anti-roll bar as well as Bilstein high-performance gas dampers and Eibach Coaxial coil springs for the front and rear.

Despite the lightweight measures, Lotus has still given the Sprint edition a new in-car entertainment system that offers Bluetooth and iPod connectivity, but like most Lotus buyers, the engine note is all the music we need.

The Sprint Edition sits above the the rest of the Elise line up but slots under the Elise Sport 220. Lotus plan on delivering cars to respective customers in April of this year and we hope it lives up to all the weight saving measures Lotus says it has.the hypeLotus says it deserves.