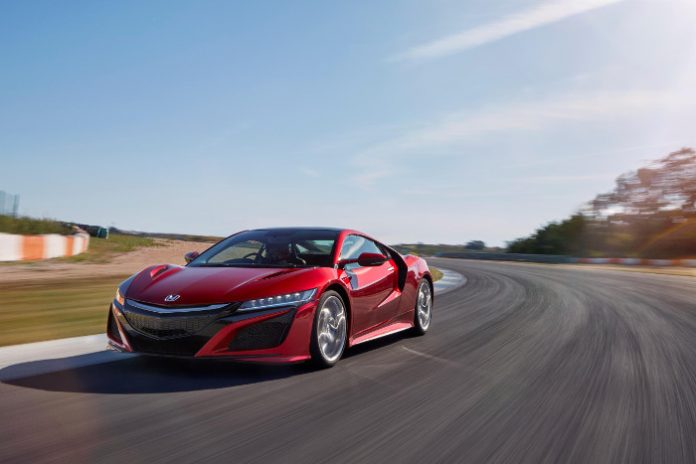 The 2017 Honda NSX is a technological marvel. It’s the culmination of nearly 12 years of research and development from the Japanese manufacturer. In that time many prototypes and design were brought forth, altered then scrapped because they just weren’t practical or competitive enough to take the fight to the mainstream supercar makers.

Like the original NSX, Honda wanted to create a supercar that offered the same heart racing performance and handling as a Ferrari or Porsche but at a much lower price and was practical enough to function as a daily driver. And like any Honda, it would be able to take all kinds of abuse but never complain.

But what eventually made it onto showroom floors was something that was much better. Basically, it is a testament to the automaker’s thirst for innovation and its constant need to show European automakers that fast, good looking and reliable automobiles can be made through simpler manufacturing processes and at a considerably lower cost.

The car features a turbocharged 3.5-litre V6 engine that is mated to a dual clutch transmission. It’s considered an all-wheel-drive hybrid because the petrol powered engine is aided by one electric motor at the rear and two in front. As such, total power output for this particular car is rated at close to 600bhp. Thanks to the lightweight body construction (space frame design) and other weight saving features, the NSX can accomplish the 0-100km/h dash in just 2.9 seconds, which is right up there with its European rivals.

In the video shown here, Doug DeMuro, a well-known automotive journalist provides his take on why the Honda/Acura NSX is such an amazing machine that warrants the kind of asking price that’s alien to what we normally expect of Honda badged cars. Visit Doug’s Youtube channel to view other videos of the same nature.