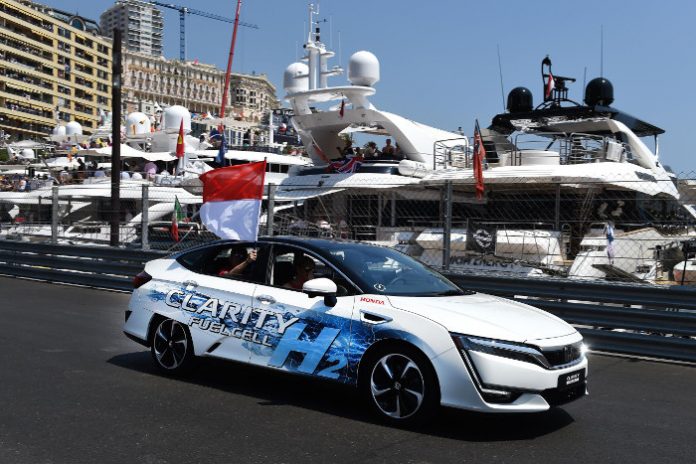 During the recent race weekend, Prince Albert II of Monaco chose to drive a Honda Clarity Fuel Cell for the lap of honour for the Formula 1 Monaco Grand Prix, which served as the official opening of the prestigious race.

Prince Albert II, accompanied by Princess Charlene and a representative from the Federation Internationale de l’Automobile (FIA), piloted the Clarity Fuel Cell around the 3.337km circuit. 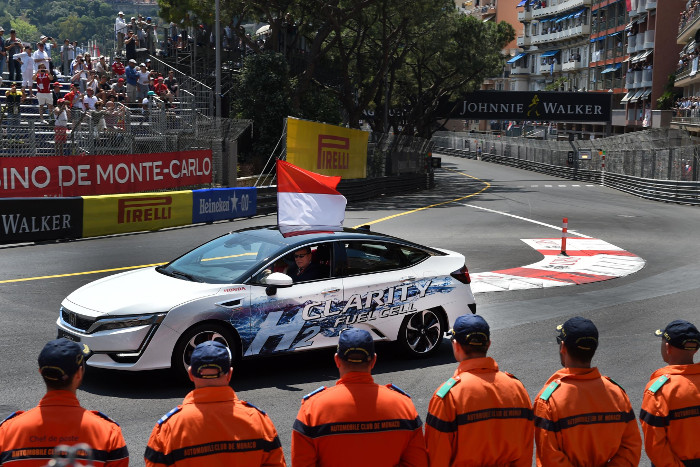 It’s no surprise that this particular car was chosen for the opening ceremony. Prince Albert II has been an advocate for the environment and its sustainability. One of the key aims of the Prince Albert II of Monaco Foundation is to limit the effects of climate change and promote renewable energies.

Though not popular in Asia, the Clarity Fuel Cell is a technological marvel. It features state of the art fuel cell technology that allow it to generate electricity to drive its motor, by combining hydrogen and oxygen. Unlike the harmful gases that are produced during combustion in a petrol engine, the only byproduct of a Fuel Cell reaction is water. In the Clarity Fuel Cell, the 103kW fuel cell stack is placed in the engine/motor bay instead of under the passenger seats like conventional electric cars. This allows for better cabin space and legroom for occupants.

The car looks and feels like any conventional Honda despite being anything but that. It is a Fuel Cell sedan that can seat five comfortably, and when fully filled with hydrogen, can cover a distance of 650km without needing to stop for a refill.

In the long term, cars like this will be a common sight in Honda dealerships because the automaker plans on offering some form of electrified powertrains in two thirds of its cars sold in Europe by 2025.