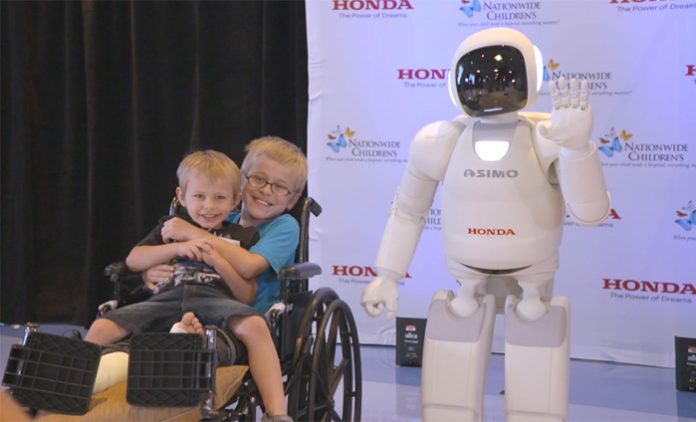 Honda has released a new video that chronicles the struggles of Brynn Fraser, an 8-year-old boy who suffers from serious birth defects. This touching short story portrays Honda’s goals in the health sector, especially when it comes to mobility.

Technology that it has developed will be able to improve the quality of living of young people like Brynn as well as empower them to overcome their disabilities. The automaker’s Asimo robot also stars in the clip and can be seen performing varies activities much to the amazement of the young patients who suffer similar disabilities as young Brynn.

We recently covered a story where Honda announced that it had invested heavily in Nationwide Children’s hospital in Ohio for the construction of a new facility that will focus on Gait Analysis and Mobility Enhancement.

And this latest video is to serve as a tool to raise awareness and bring in more funds for the project. Honda has been posted it on several of its social media sites including Youtube and Twitter, and is asking fans to head on over to throw their support behind this programme. 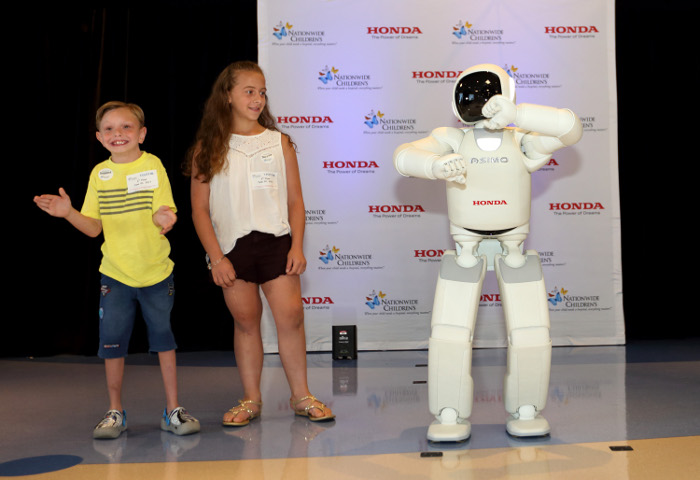 “We hope everyone who sees this video will be inspired by the passion and determination of the doctors and staff at Nationwide Children’s Hospital,” said Jeffrey Smith, vice president of Corporate Communications for Honda North America.

He later added, “When we saw these young patients’ positive reaction to Honda’s ASIMO, we wanted to create an opportunity for others to join us in supporting this new effort to help children with mobility issues.”

For very “Like” or “Share” of this video, Honda will donate $1 to this facility that helps young patients overcome their disabilities that is a result of birth defects, disease or injury. The new center will also conduct spine motion analysis, sports performance programs and injury prevention programs.

In addition to that, it will also be conducting extensive R&D in prosthetic and wheelchair development, which will aid the improvement of these young kids’ mobility problems. Check out the video and let us know what you think of Honda’s new initiative and whether other automakers should be doing the same.