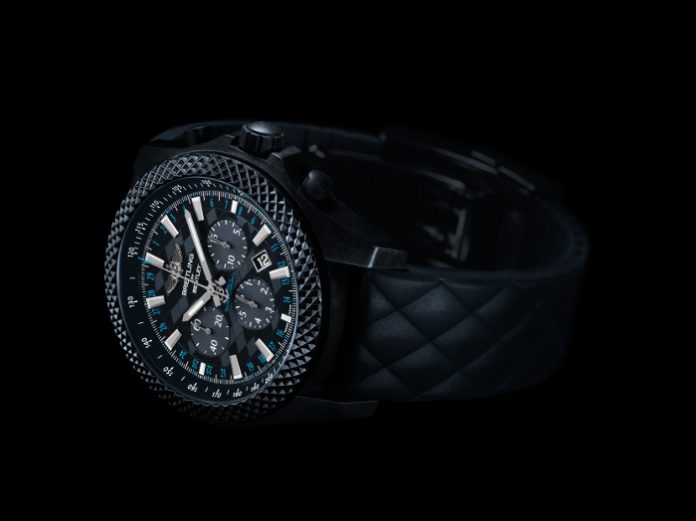 Bentley Motors has teamed up with Breitling to create a watch that pays homage to the new Continental GT that was launched at IAA 2017 in Frankfurt. Called the Bentley GT Dark Sapphire Edition chronograph watch, the timepiece has been released to celebrate the launch of Bentley’s new sports car.

Despite sporting similar styling as its predecessor, the Continental GT has been reworked to have more elegant contours, better luxury materials and powered by the third generation 6.0-litre W12 TSI engine that develops 635bhp and 900Nm of torque, but I digress.

This new chronograph features an ultra-light, ultra-strong case made of Breitlight®. its a proprietary new advanced material that mirrors the innovative, authentic new luxury materials inside the Bentley Continental GT.

It is supposed to be resistant to scratches and corrosion, which should alleviate the concerns of owners who enjoy an active lifestyle. Apart from that, It does not contain magnetic or allergenic properties and has a subtle black, streaked effect. 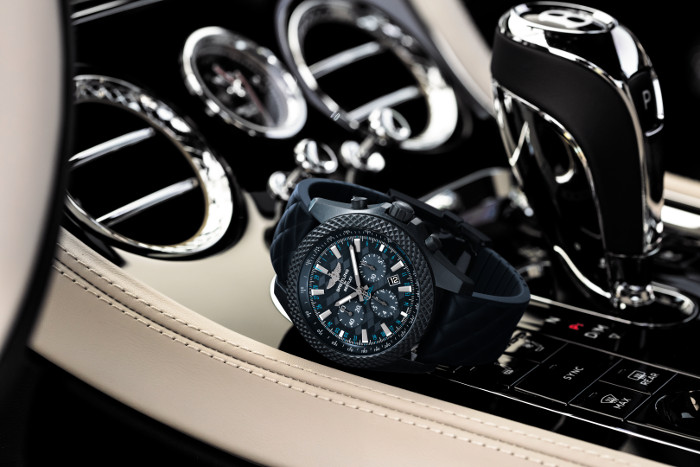 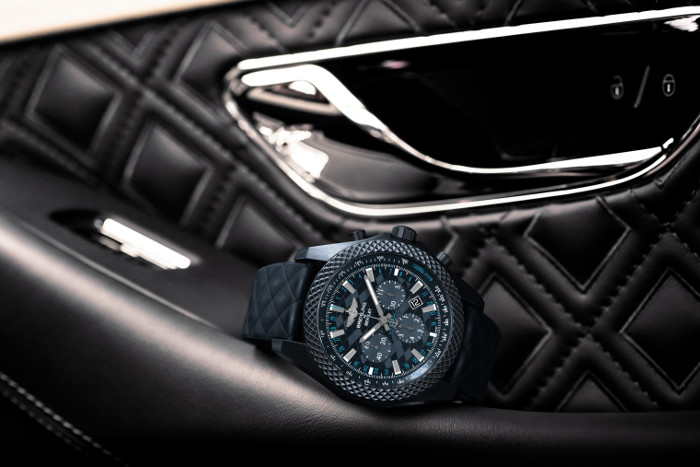 The 48mm diameter watch face encompasses a movement that is developed in the Swiss brand’s Chronométrie workshops and is distinguished by the unique 30-second chronograph system, which is protected by cambered sapphire crystal and glare-proofed on both sides.

It is a Breitling Calibre B06 movement that is self-winding, high-frequency (28,800 vibrations per hour), 47 jewels. Power resever is rated at over 70 hours and the timepiece itself is officially chronometer-certified by the COSC.

A carbon fibre-like weave that adorns the outer part of the watch face provides depth to the dark gunmetal appearance of the watch body. The blue and white contrasting markings also add to the appeal of this chronograph timepiece.

A central hand completes a full sweep of the dial in 30 seconds, and features a A blue ‘30-second chronograph’ inscription on that particular dial. This is a noteworthy feature for those who will use this luxury timepiece as a stopwatch.

Breitling has given the watch a unique rubber strap bearing the same design as the Continental GT’s dial that is secured in place with a push piece-operated folding clasp. This should keep the watch firmly placed on the wearer’s hand yet offer a comfortable fit.

According to the watchmaker, only 500 such timepieces will ever be made, which is a nod to the level of exclusivity enjoyed by the car that it pays tribute to. Check out the pictures and let us know what you think of this elegant, hand-made Bentley timepiece.