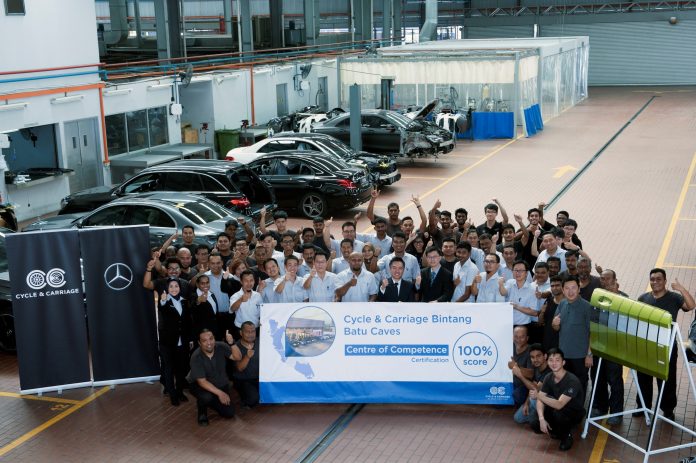 “In everything we do, we have our customers in mind at all times. The ‘Centre of Competence’ certification is an assurance that all Cycle & Carriage body and paint repairs are carried out according to the stringent global specifications set by Mercedes-Benz. Having three of our body and paint facilities awarded the certification is an impressive achievement. It reflects the quality of our after-sales teams who deliver our signature first class service to customers every step of the way,” said Cycle & Carriage Bintang CEO, Wilfrid Foo. 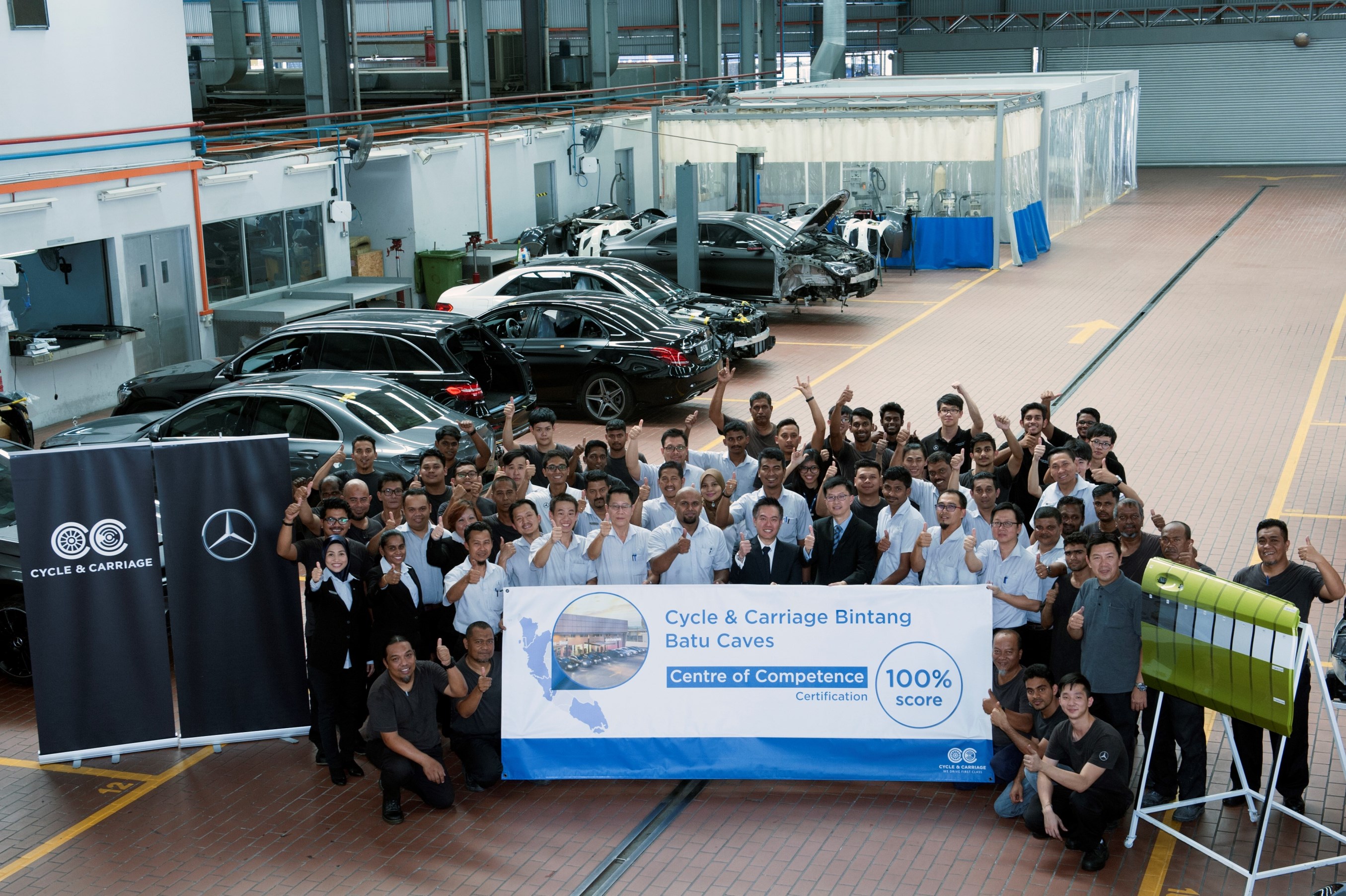 In early 2017, Cycle & Carriage’s Johor Bahru and Bukit Tengah service centres underwent an extensive facility and equipment upgrading process. In tandem with this, employees received specialised technical training and service process enhancement. Following which, both outlets were audited in the same year as part of the certification process, and were awarded the ‘Centre of Competence’ certification by Daimler AG. The Johor Bahru service centre spans over 32,000 sq ft and is equipped with 14 body and paint work bays, while Bukit Tengah is over 14,000 sq ft with five body and paint work bays.

Cycle & Carriage Bintang Batu Caves, the centralised body and paint collision repair centre for the Klang Valley, was first awarded the certification by Daimler AG in 2012. As part of the certification process, a re-audit was scheduled in November 2017. The Batu Caves Service Centre achieved the perfect score of 100 percent and is now recognised by Daimler AG as one of the highest-ranking centres for collision repairs in the world. Spanning over 45,000 sq ft with 22 body and paint work bays, the facility has the capacity to service 130 vehicles every month.