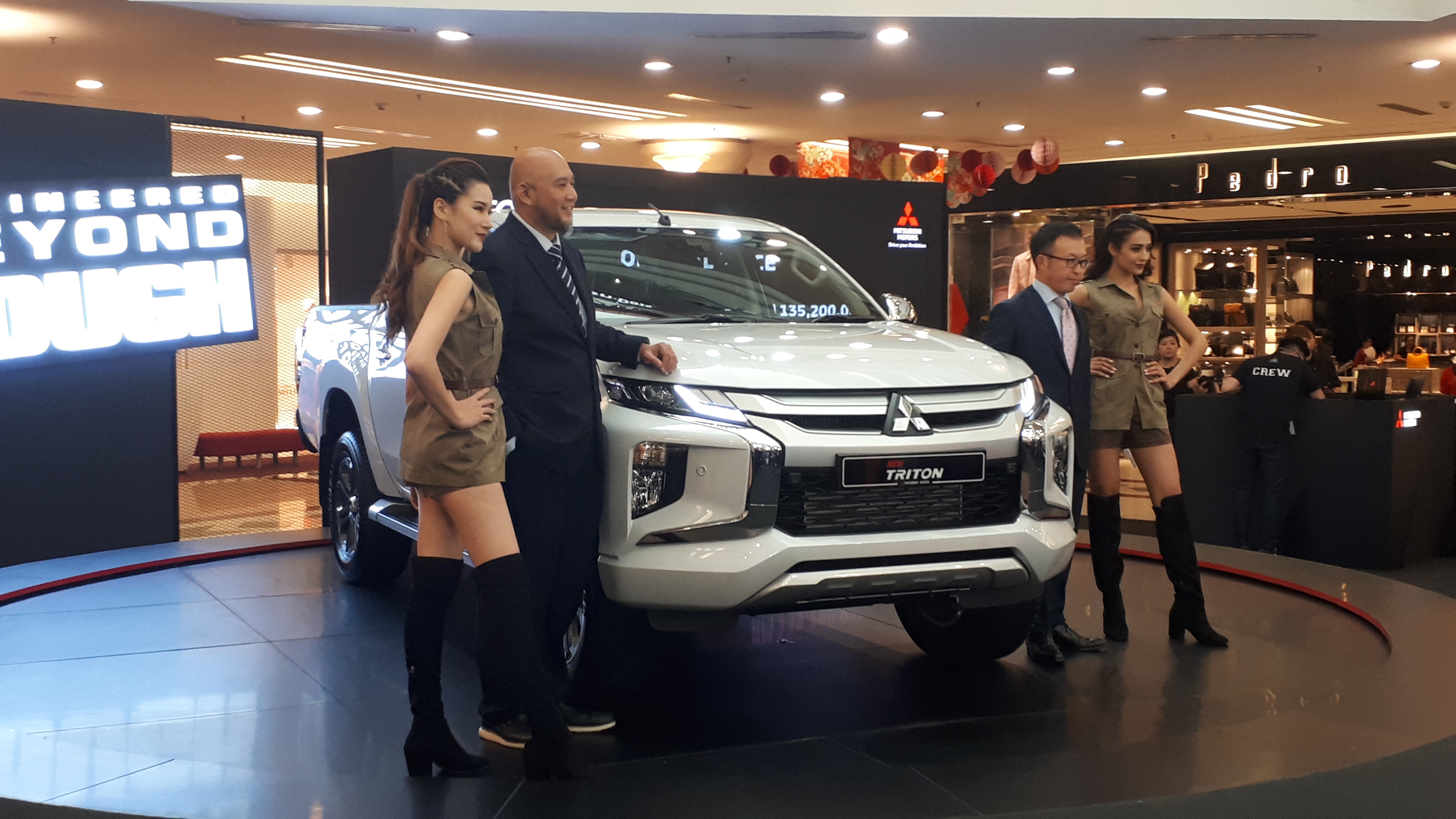 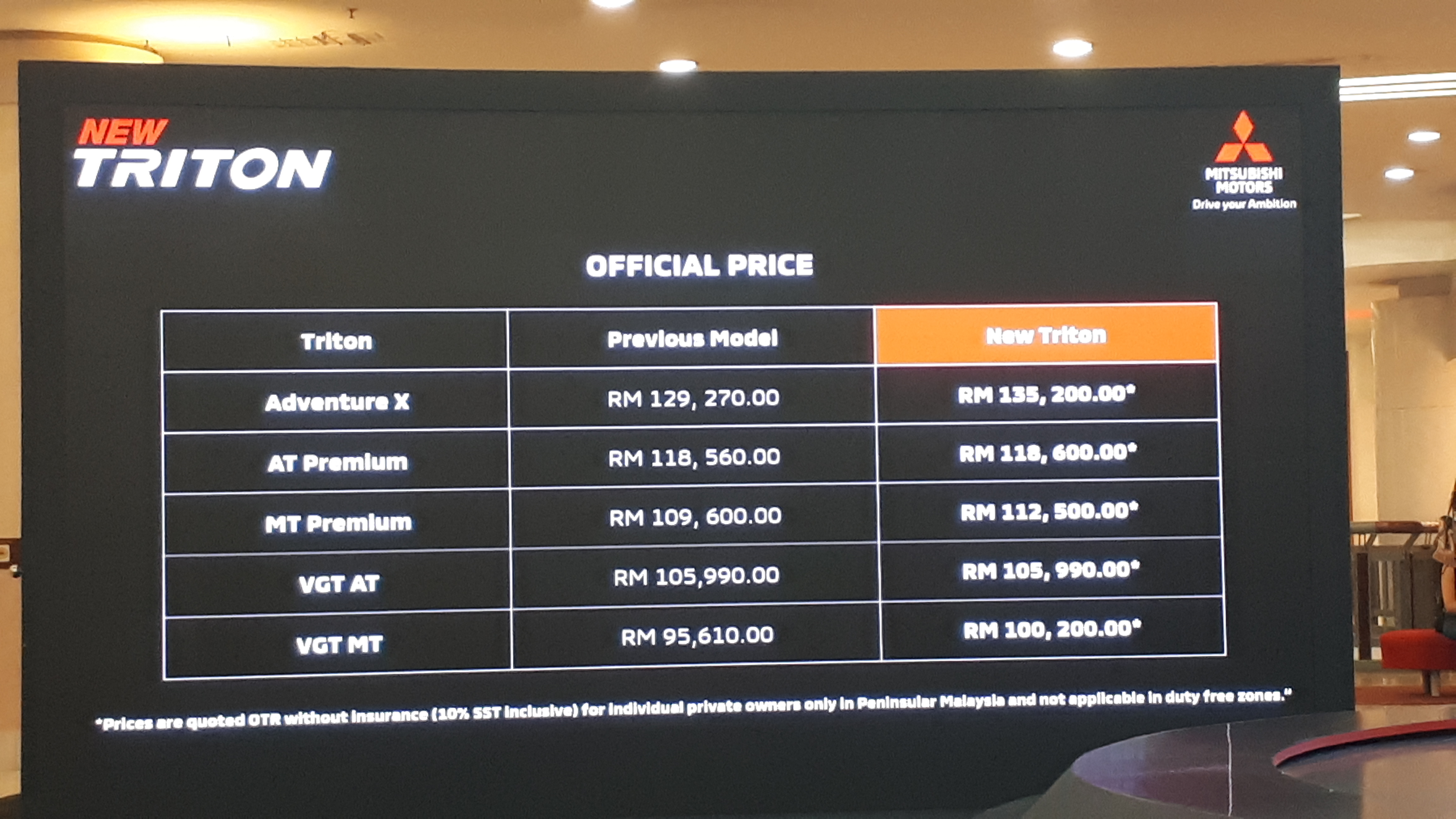 Stay tuned for the full review coming soon! In the meantime here’s the official full PRESS RELEASE on the new Triton from MMM!

The new Triton is priced from RM100k and available with a choice of five variants and four colours. 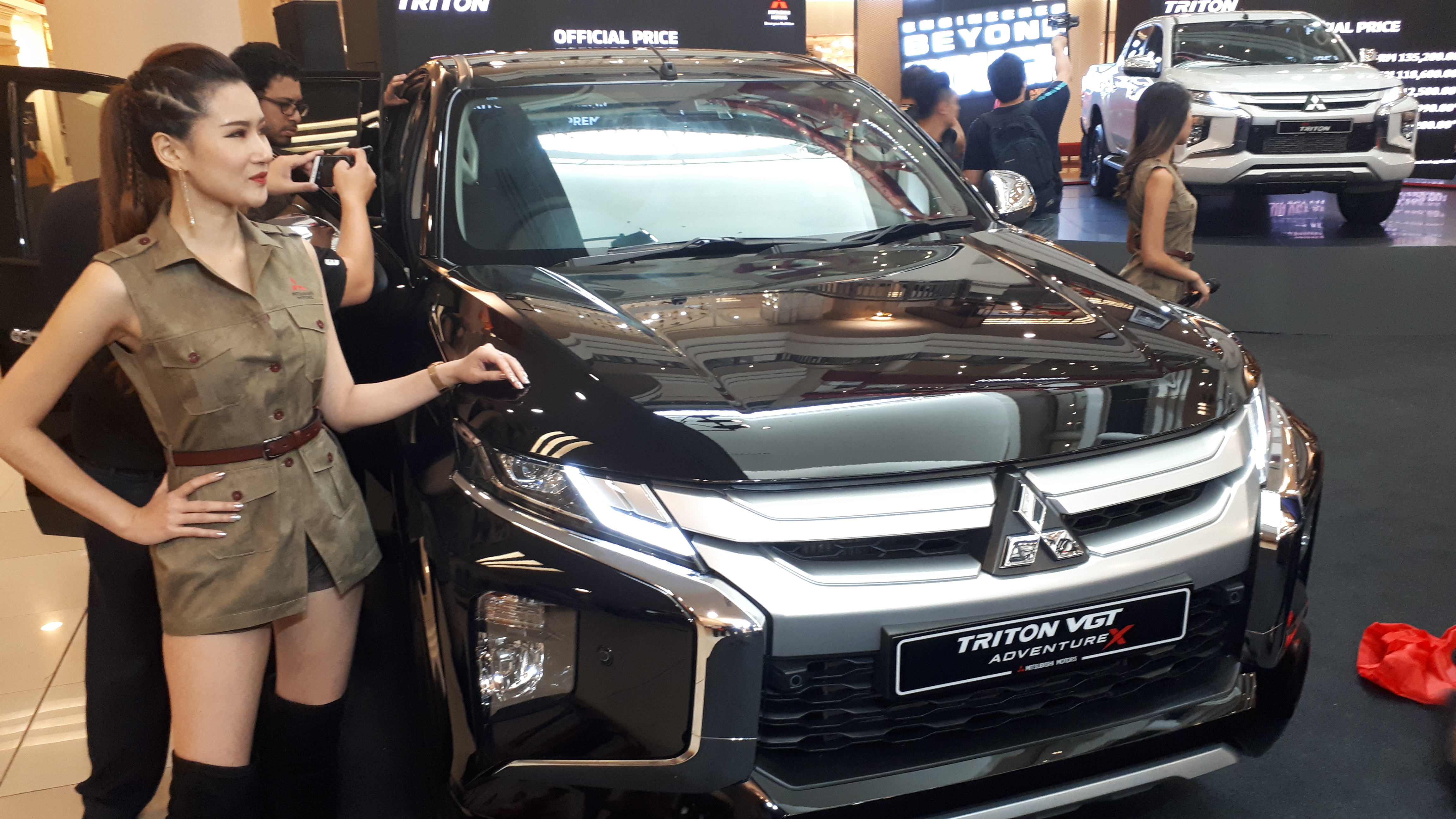 Speaking at the launch of the Triton, Tomoyuki Shinnishi, CEO of MMM, said “Pick-up trucks are the foundation of Mitsubishi Motors and the company has been producing pick-ups since 1978. Over 40 years, much experience has been gained not only in engineering reliable and durable vehicles but also understanding the needs of diverse customers. As such, Mitsubishi Motors has been able to keep improving the vehicles and today, we are proud to introduce the new Mitsubishi Triton as the fifth generation of a successful line of pick-up trucks.” 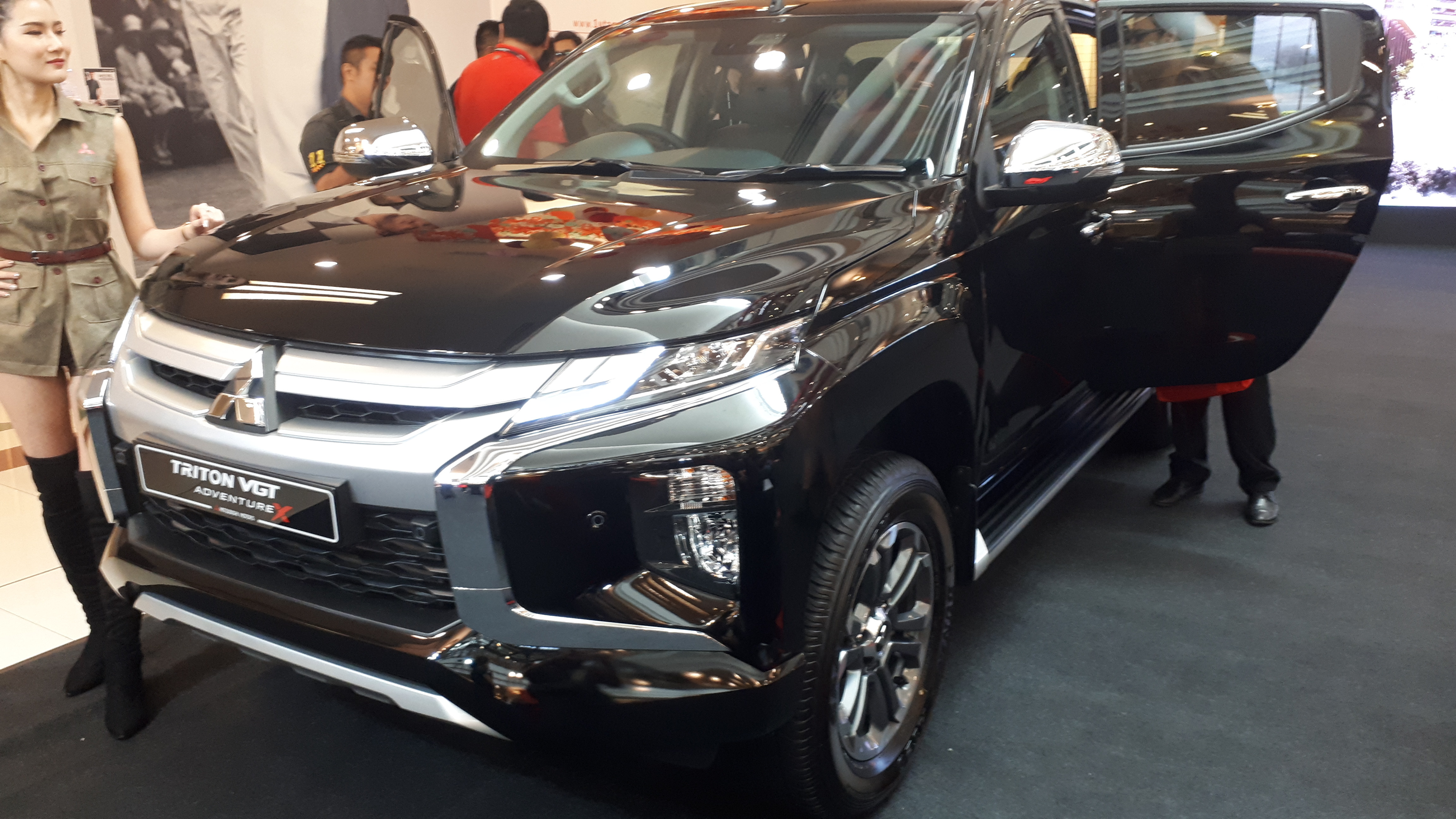 Shinnishi said that the company is confident this new model will be well received and accelerate the momentum of growth for MMM. The sales target for this year of 600 units a month and is expected to see an increase of 28% in Triton sales. 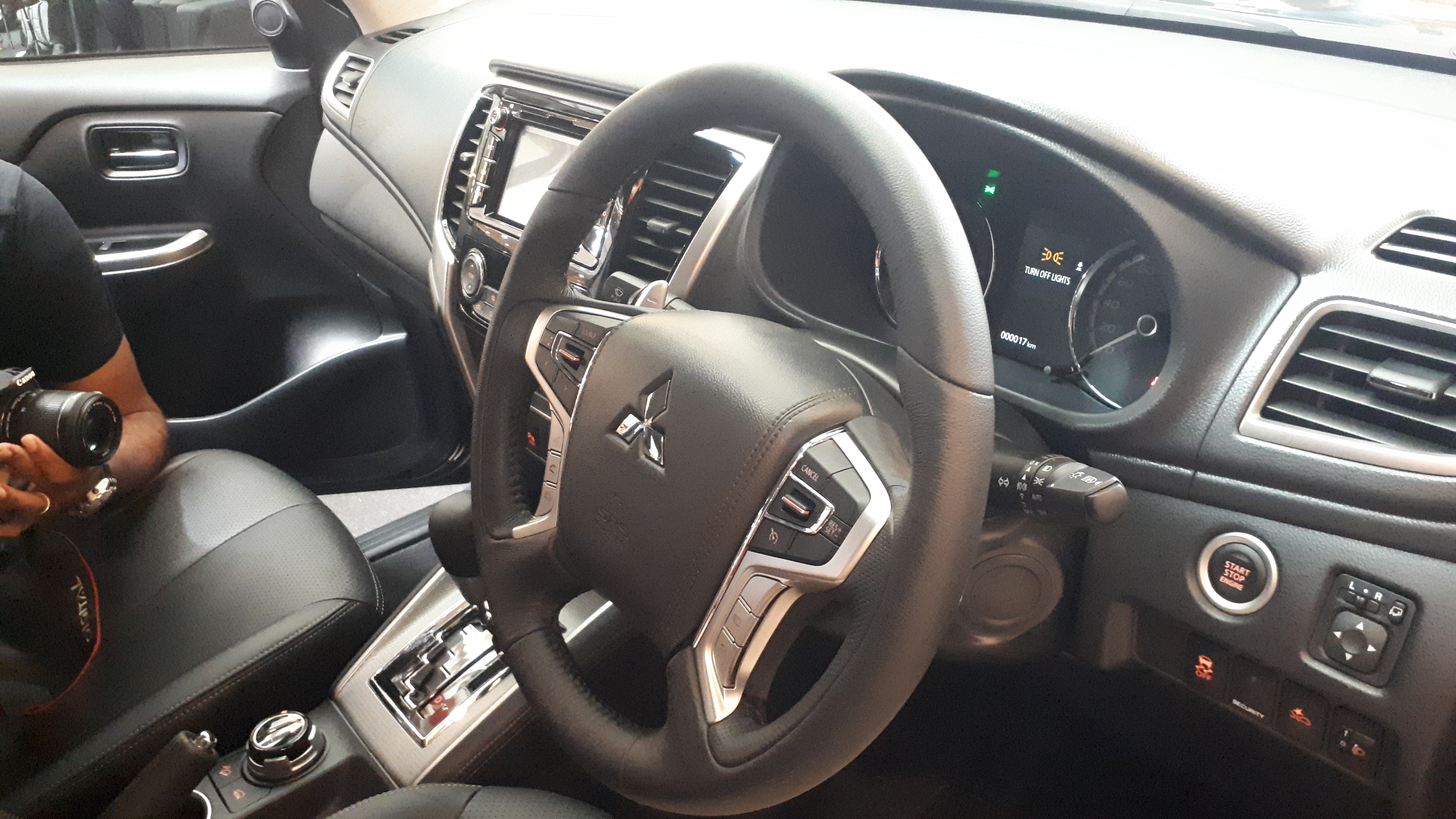 “With the concept of ‘Engineered Beyond Tough’, the project team strived to offer a vehicle which would be trend-setting, tough and safe. Besides drawing on 40 years of experience in developing pick-up trucks that are durable, reliable and comfortable, the new Triton adopted four pillars under the 4Sure Handling USPs:  4Sure Power; 4Sure Control; 4Sure Agility; 4Sure Safety. With these four pillars, customers are assured of a vehicle that is built to high standards and performance,” explained Mr. Shinnishi. 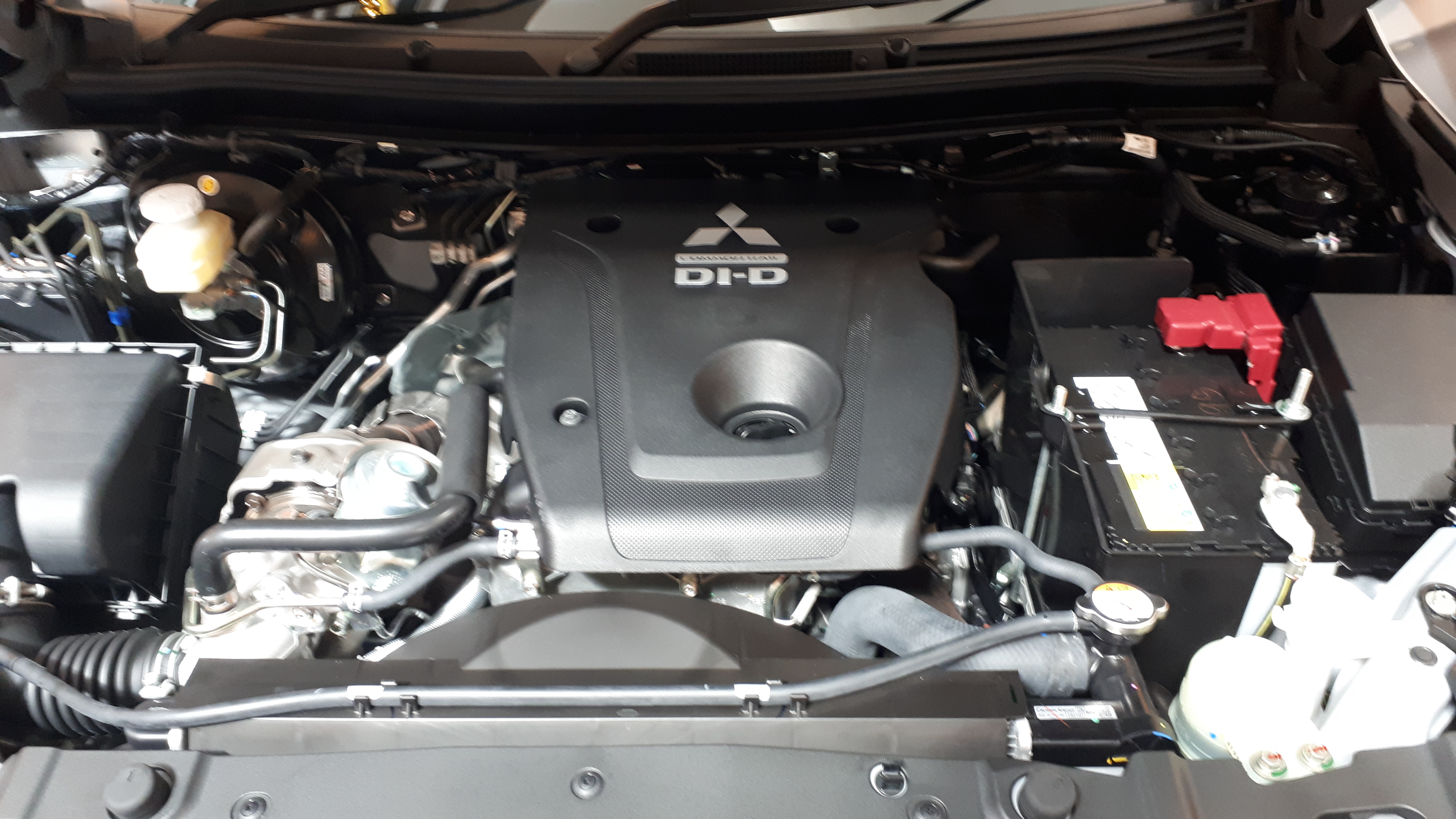 4Sure Power: The new Triton is powered by the award-winning 2.4-litre MIVEC turbodiesel engine with aluminum block for optimum performance and efficiency. The strong output of 181 PS of power and 430 Nm of torque is delivered to four wheels through a new 6-speed automatic transmission has also been added to improve driving efficiency and flexibility as well as providing seamless shifting. 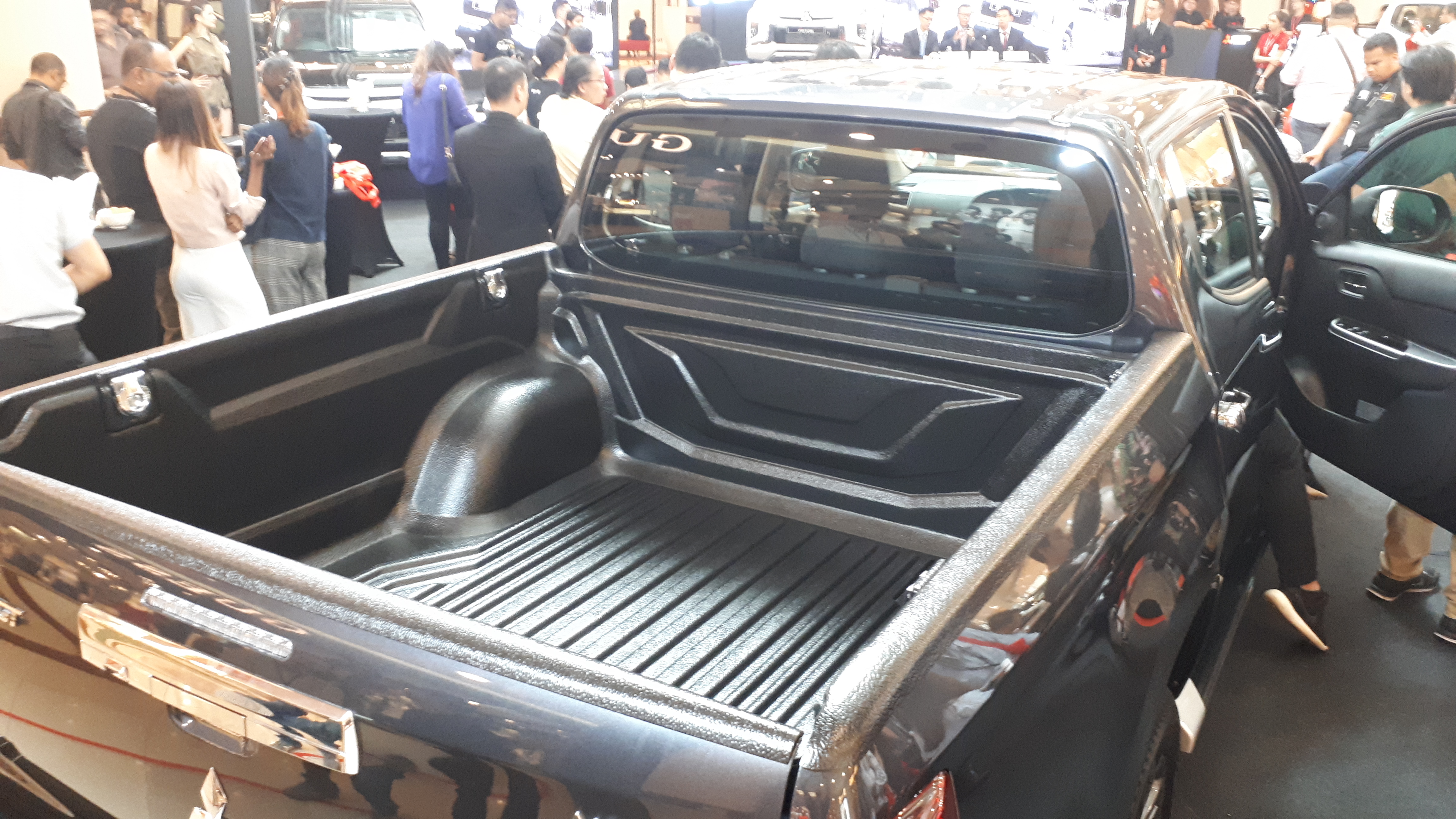 4Sure Control: The new Triton is equipped with Mitsubishi Motor’s Super-Select 4WD II system, developed with decades of experience in off-road competition such as the Dakar Rally. The intelligent and robust system delivers optimum traction and handling characteristics over all surfaces. The Super-Select 4WD II system has a new Off-road Mode increased capability in different off-road conditions such as gravel, mud, sand and rock. When engaged, Off-road Mode regulates engine power, transmission and braking for optimum wheel traction in various terrains conditions. Additionally, Hill Descent Control automatically applies brakes on downhill terrain, allowing the driver to focus on steering operations. 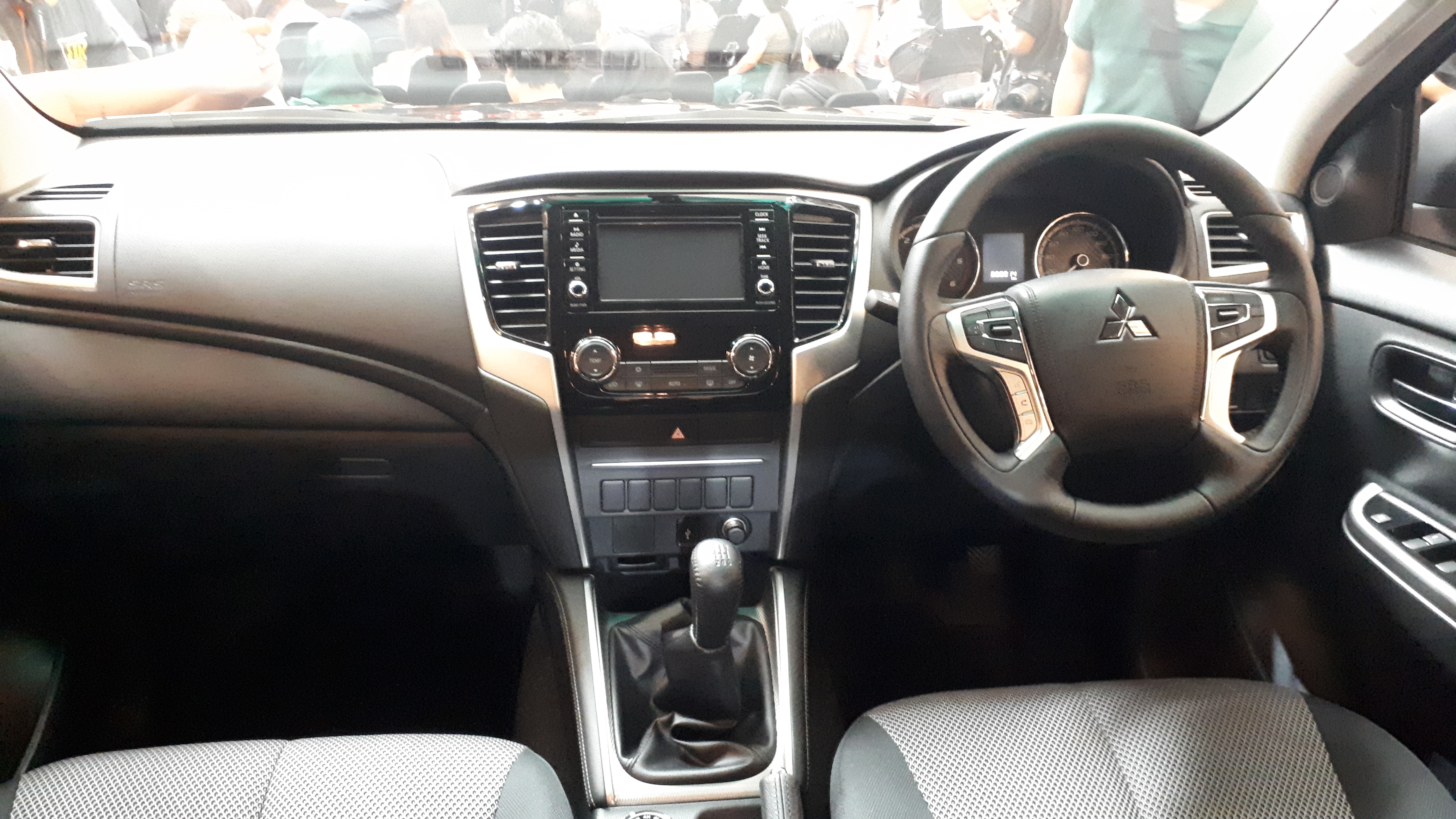 4Sure Agility: Although the Triton is long and large, the iconic J-Line design enables exceptional manoeuvrability, especially with a best-in-class turning radius of 5.9 metres. This allows it to have better agility on the road as well as being able to get around tight off-road situations and during parking. The J-Line design makes it possible for such manoeuvrability without compromising on cabin space or load space. 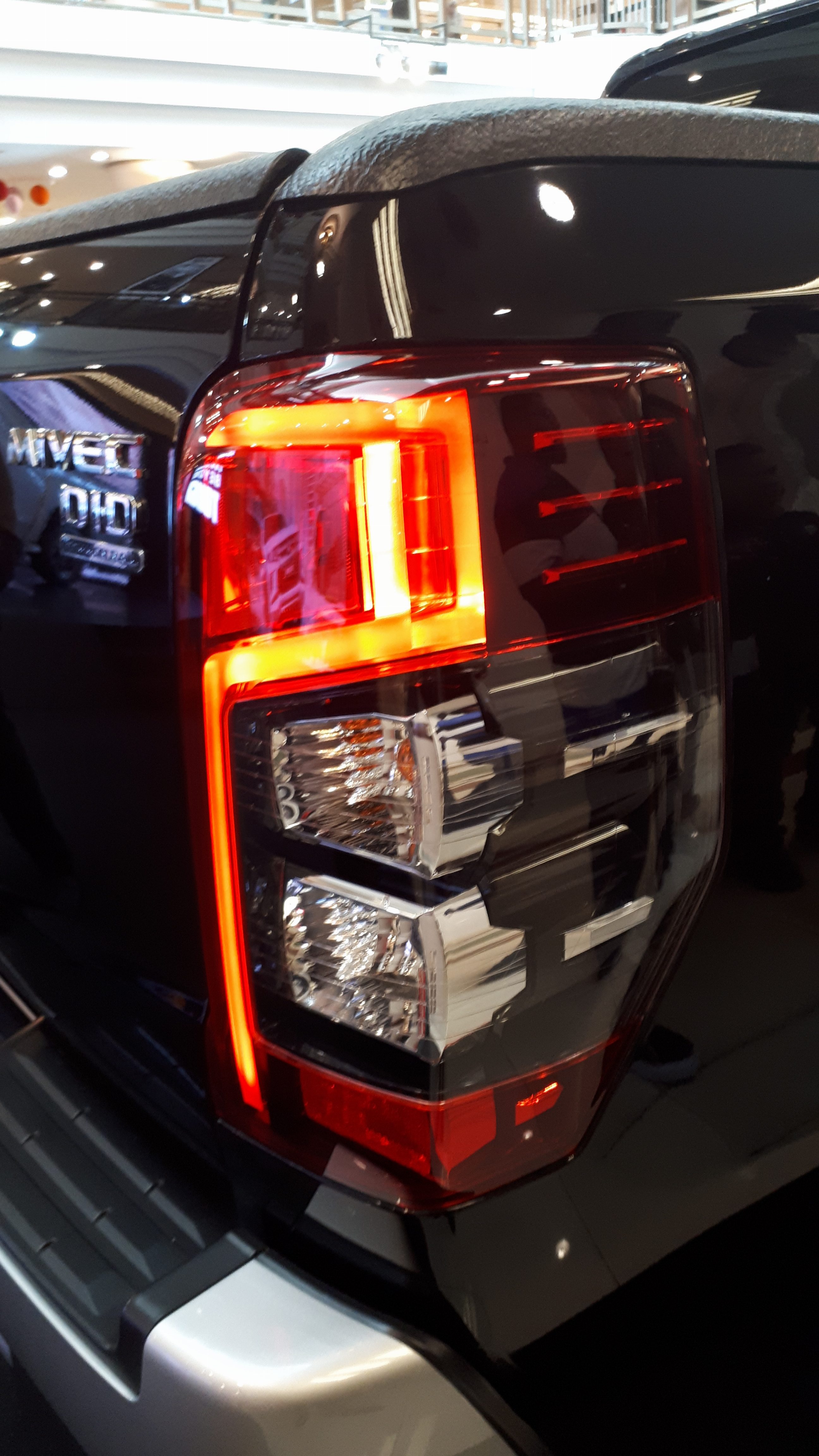 4Sure Safety: The new Triton has a high-durability, high-reliability ladder-type frame and high impact safety cabin structure to provide the occupants with the best possible protection during an accident. This is complemented by class-leading advanced active safety and driver assistance systems that include Forward Collision Mitigation (FCM), which can detect vehicles and pedestrians ahead; Blind Spot Warning with Lane Change Assist (BSW with LCA), which helps avoid colliding with another vehicle when changing lanes by detecting vehicles behind or at the rear quarter and alerting the driver with an audible alert and flashing light in the left or right door mirrors. 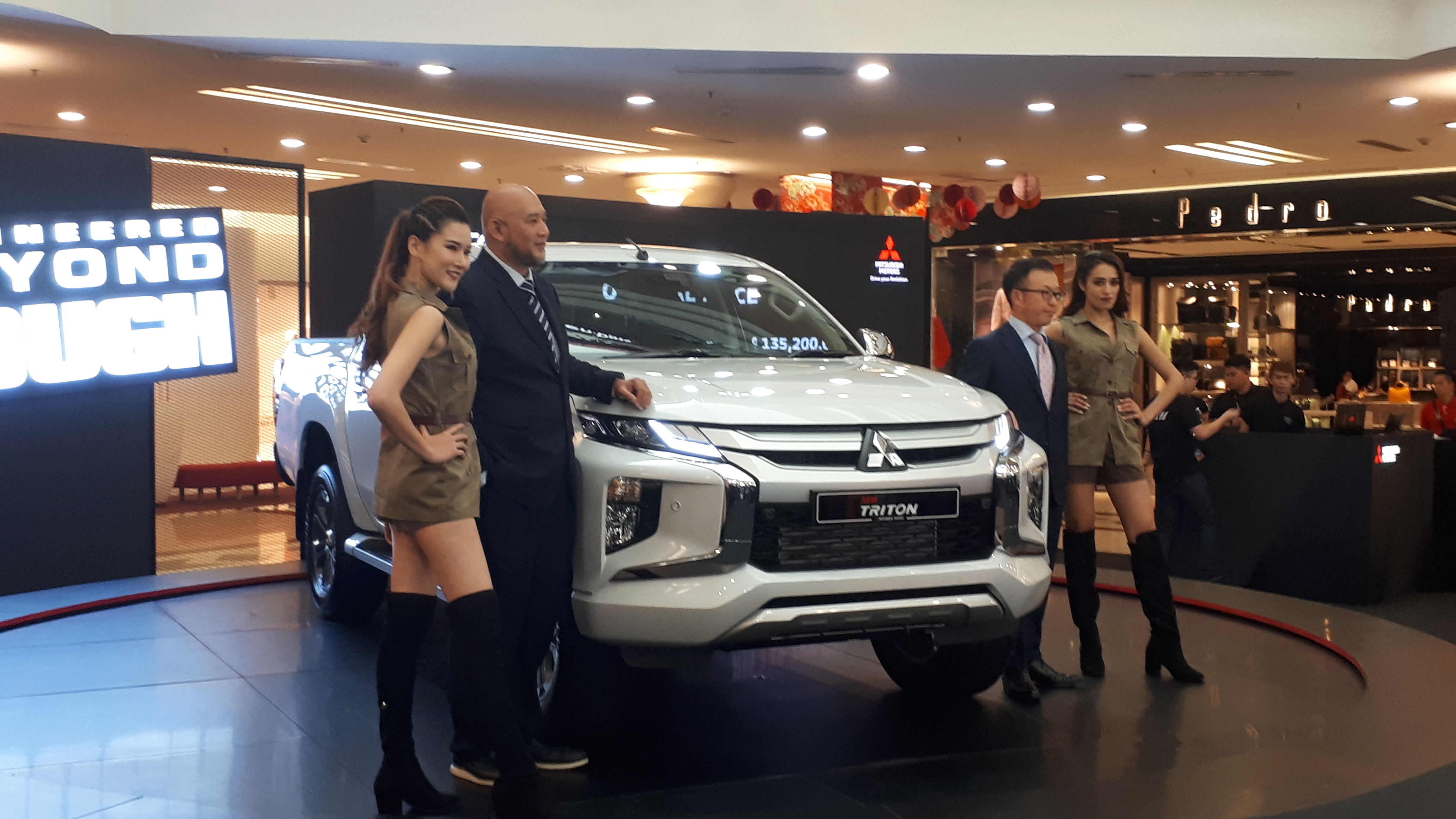 An Ultrasonic Misacceleration Mitigation System (UMS) is now fitted to help reduce accidents resulting from improper use of the accelerator when moving off or reversing in carparks and other confined spaces. This system sounds a buzzer and displays a warning if front or rear sensors detect a nearby obstacle. Engine output is also automatically controlled if the driver suddenly accelerates during such situation. 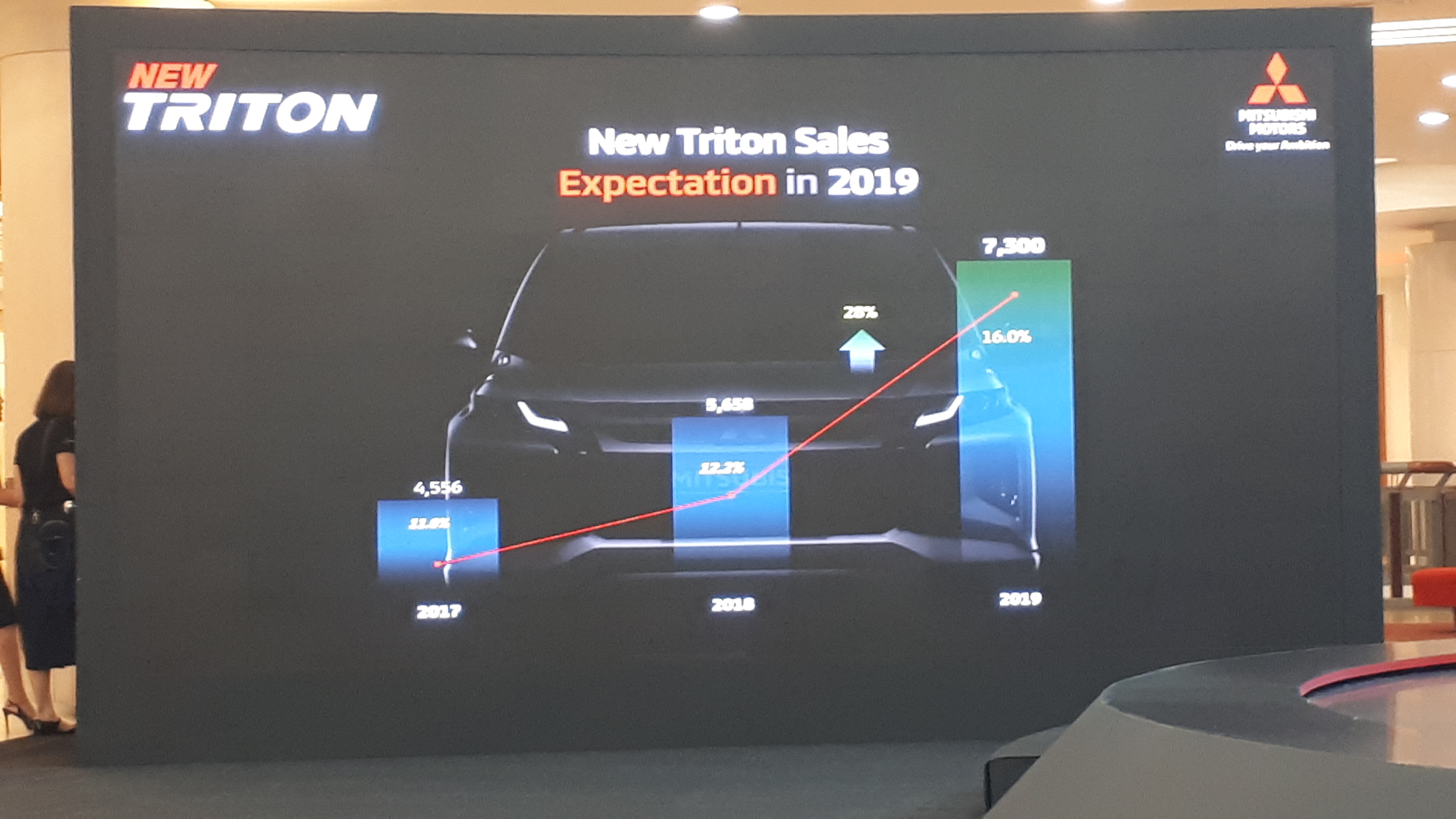 Also helping to enhance safety is Rear Cross Traffic Alert (RCTA) which helps avoid collisions when reversing by scanning the area on either side. If a vehicle is detected approaching, the driver will be alerted to take appropriate action. As before, a rearview camera is also provided which gives a view of the area directly behind the vehicle. 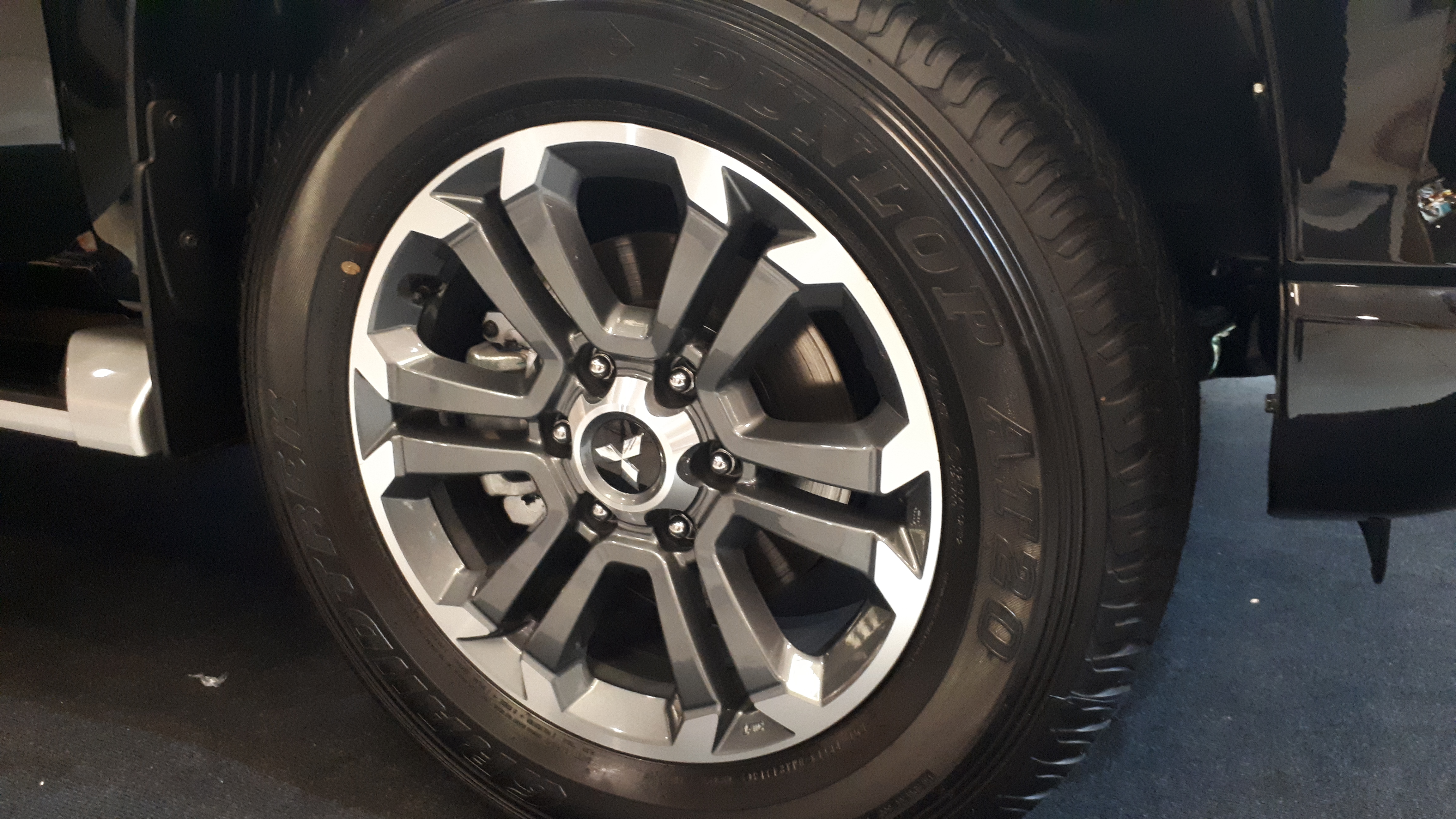 For convenience and added safety, the new Triton has an Auto High Beam system. The camera sensor detects oncoming vehicles and automatically switches to low beams so as not to dazzle other drivers. This allows the high beams to operate automatically for better illumination of the road at night. 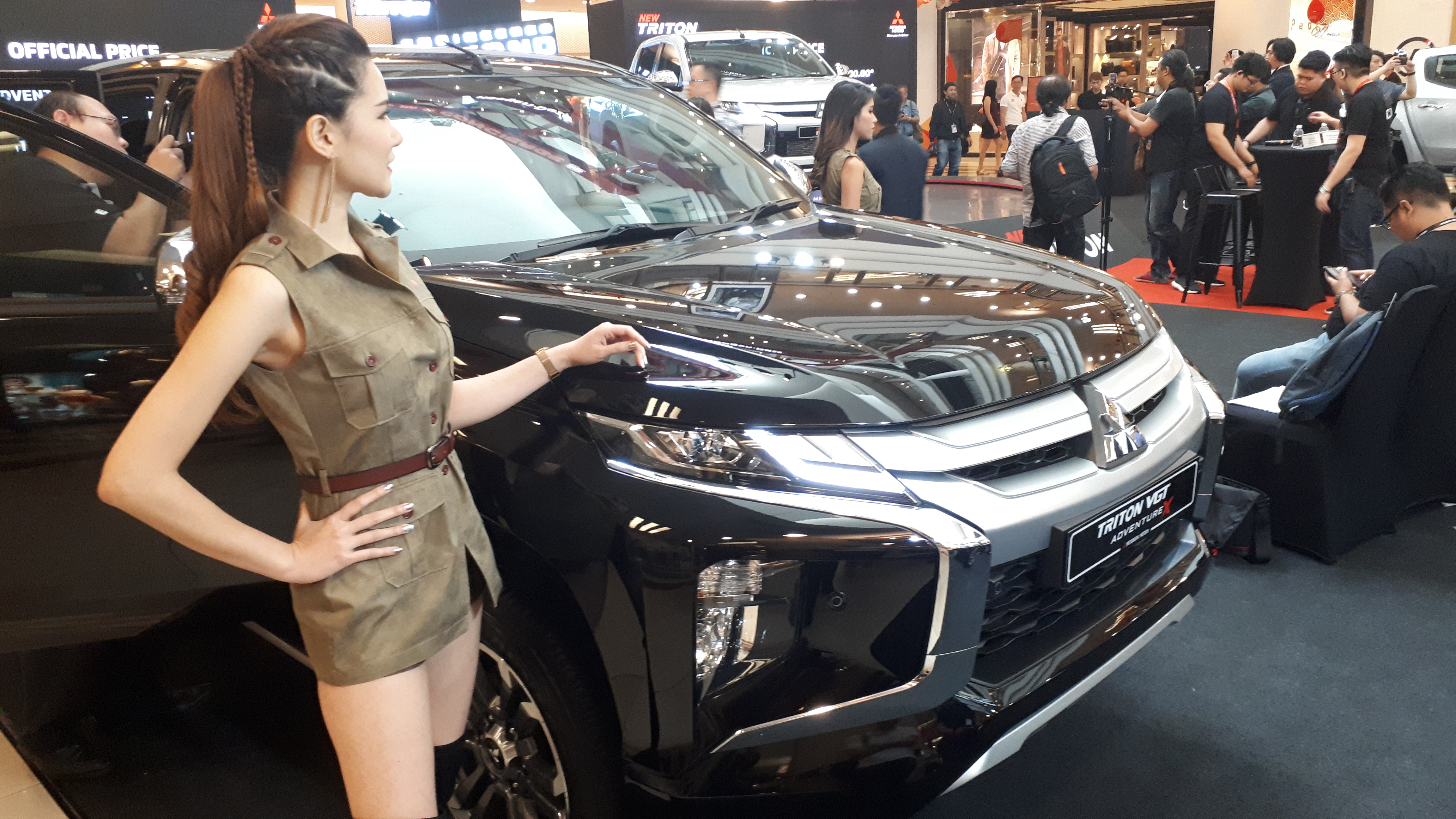 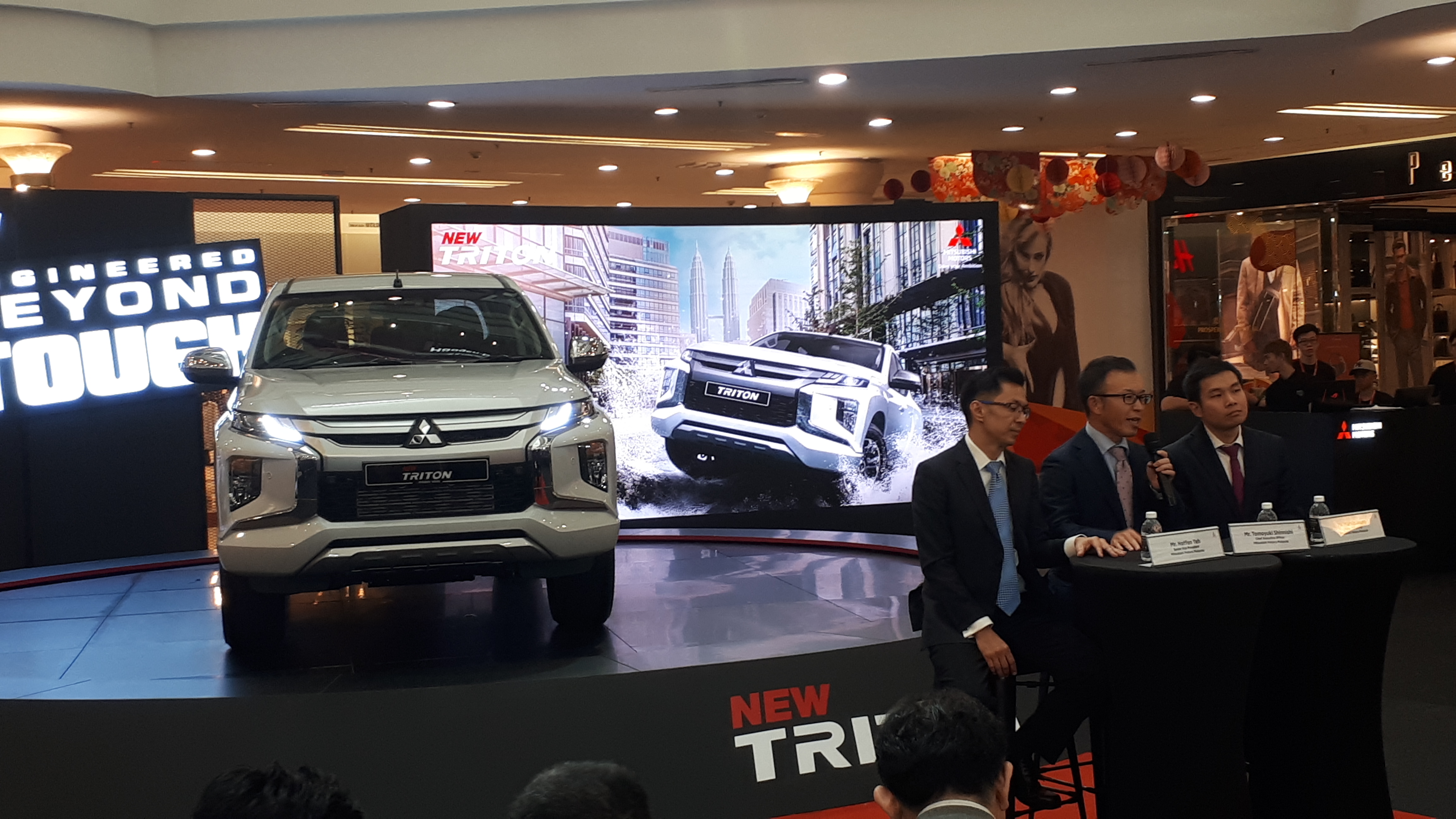 While retaining some of the original styling cues that made the previous generation a trendsetter among pick-ups, the designers have added body curves with contrasting sharp lines, extended wheel flares and bright accents that embody the strength of a Mitsubishi Motors pick-up truck and add modernity. 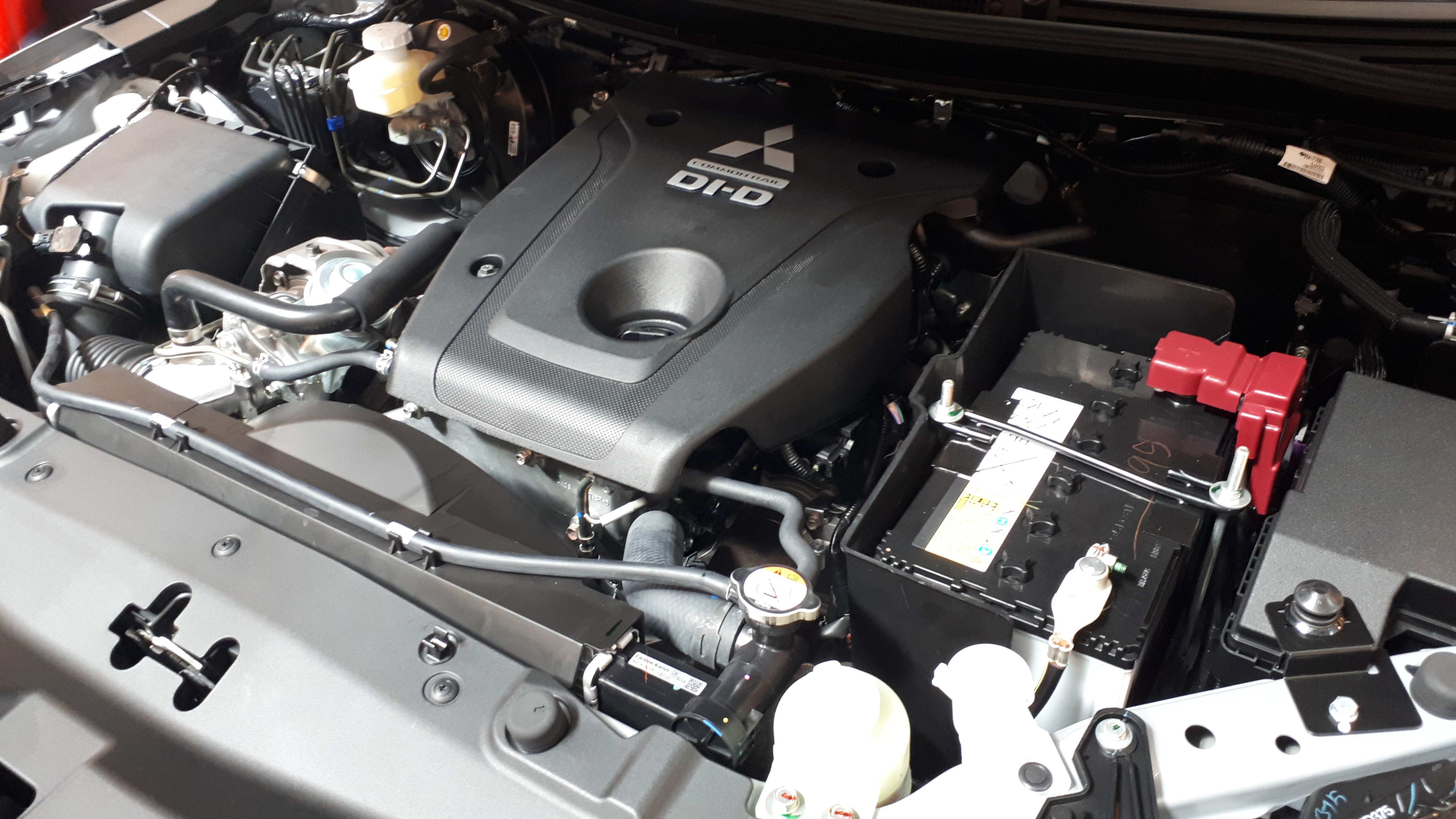 As with the exterior, the interior restyling also follows the theme of ‘Engineered beyond Tough’, with a sporty and modern feel. A sense of high quality will be felt with additional soft padding in seating areas such as the armrest and knee pads, with double stitching for a more premium appearance. In addition, the new Triton’s interior adds on Rear Smartphone Charger and Storage as well as Air Circulator with Individual Vents.

The new Triton is imported to Malaysia as a Completely Built-Up (CBU) vehicle from Mitsubishi Motors’ global production hub in Thailand. It is the only pick-up truck (up to 2.4-litre category in Malaysian market) with a 200,000 km or 5 years warranty for ultimate peace of mind driving. As an introductory offer to celebrate the launch of the all-new Triton, the first 1,000 customers will receive an exclusive limited edition Thule Subterra Luggage worth RM2,000.

The Triton 4×4 pick-up truck are imported as CBU (Completely Built-Up) units from Thailand while  the ASX Compact SUV and Outlander are locally assembled (CKD) in Malaysia. 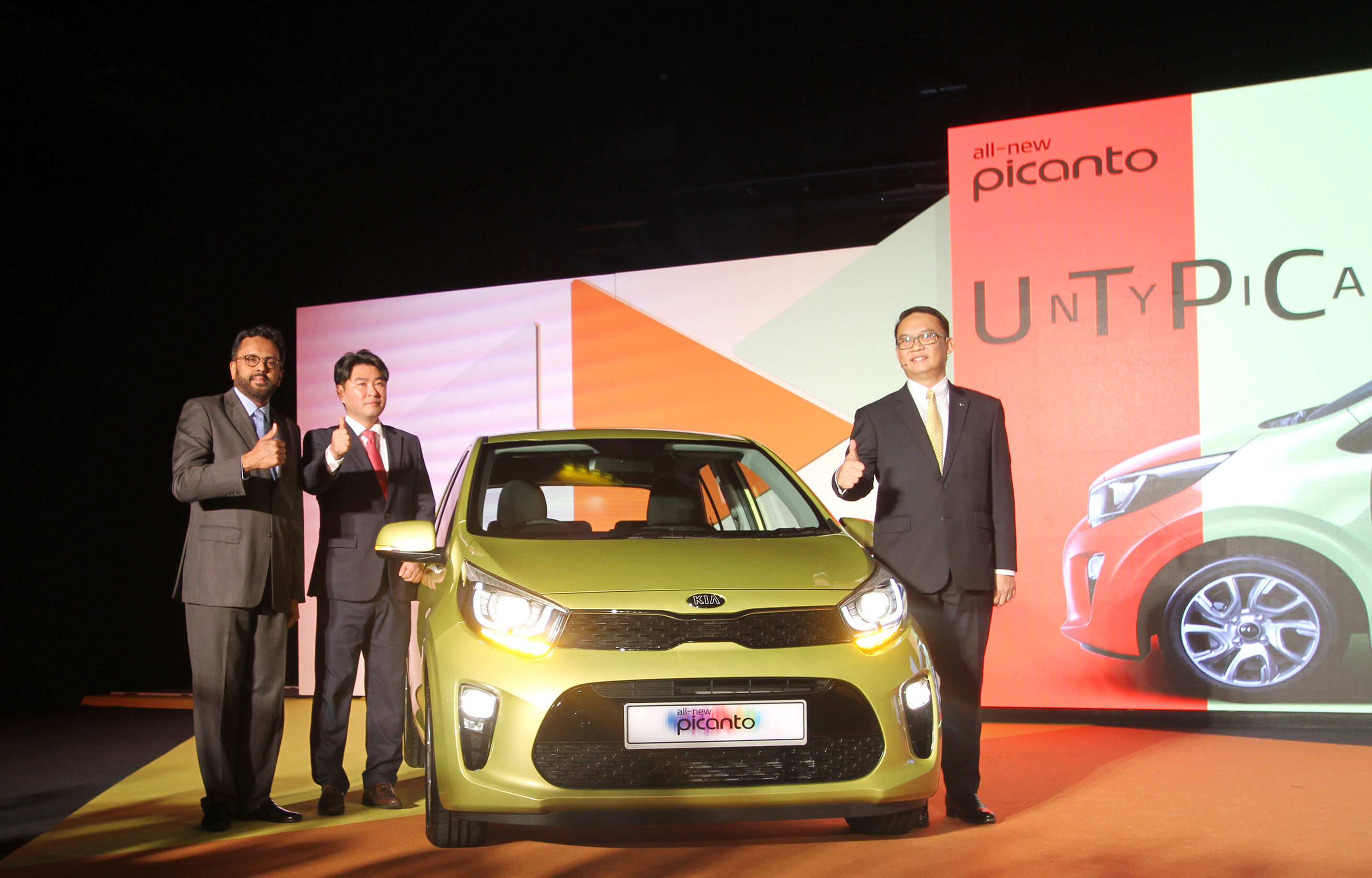 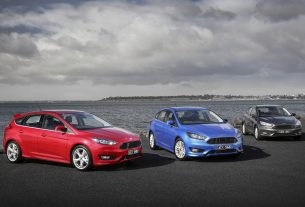 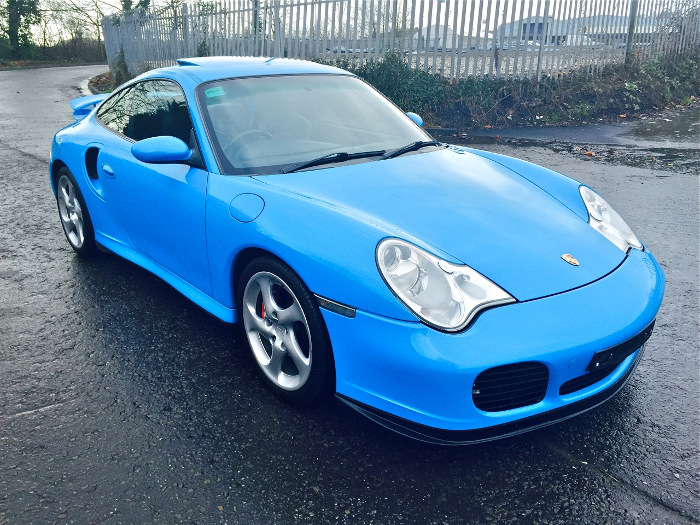