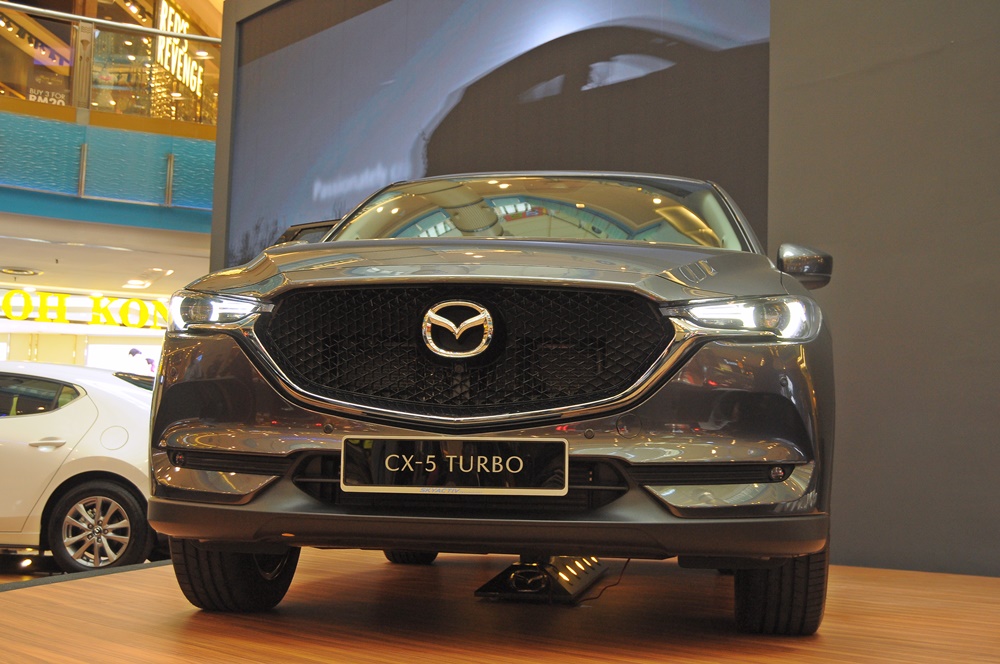 The current Mazda CX-5 has been selling like hotcakes since its launch, partly thanks to its competitive pricing due to local assembly. In the first 6 months of this year, it is estimated that almost 9,000 units were assembled at the Mazda facility in the Inokom plant in Kedah. Some are exported to neighbouring countries as Mazda has chosen Malaysia as the production hub for the model.

Soon Bermaz Motor will add a another turbocharged variant to the CX-5 line-up, to cater to those who want an extra boost in performance. The new variant will be powered by a SKYACTIV-G petrol engine with a 2.5-litre displacement. The engine, without a turbocharger, is already available in the current range but does not have All-Wheel Drive (AWD).

19% more power, 63% more torque
Adding a turbocharger to the 2.5-litre engine bumps up the engine output by about 19% to 230 ps at 5,000 rpm, with torque getting a big jump of 63% to 420 Nm. And all of that 420 Nm is available from 2,000 rpm, whereas peak torque for the non-turbocharged engine is at 3,250 rpm. Power flows through a SKYACTIV-Drive 6-speed automatic transmission and is intelligently distributed to all four wheels with Mazda’s i-Activ AWD system. 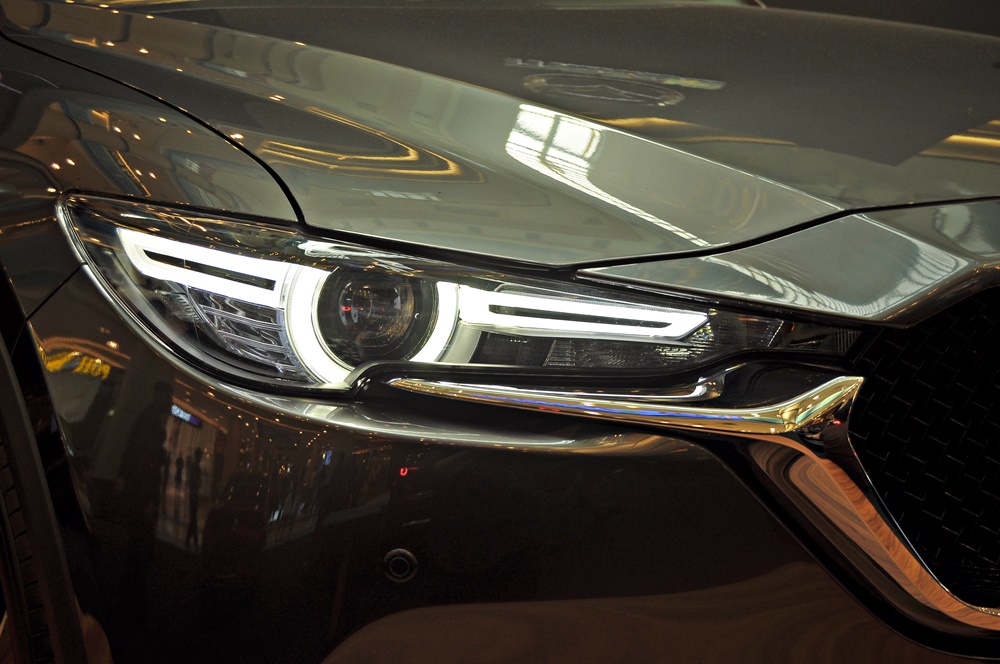 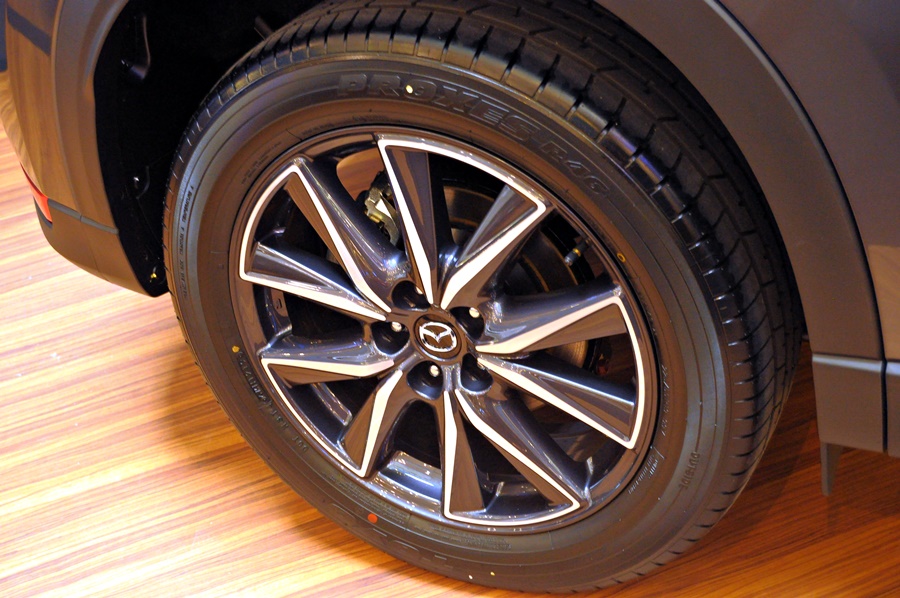 Flagship level specs can be expected
At this time, Bermaz has not released the specs and price but from the preview unit on display, a very high equipment level can be expected. The CX-5 sports LED headlamps/DRLs and tail lamps and on each corner are 19-inch wheels with 225/55 tyres. The dashboard has the updates for the 2019 model year (we saw a heads-up display) and the Mazda Connect infotainment system now includes Apple CarPlay and Android Auto connectivity. 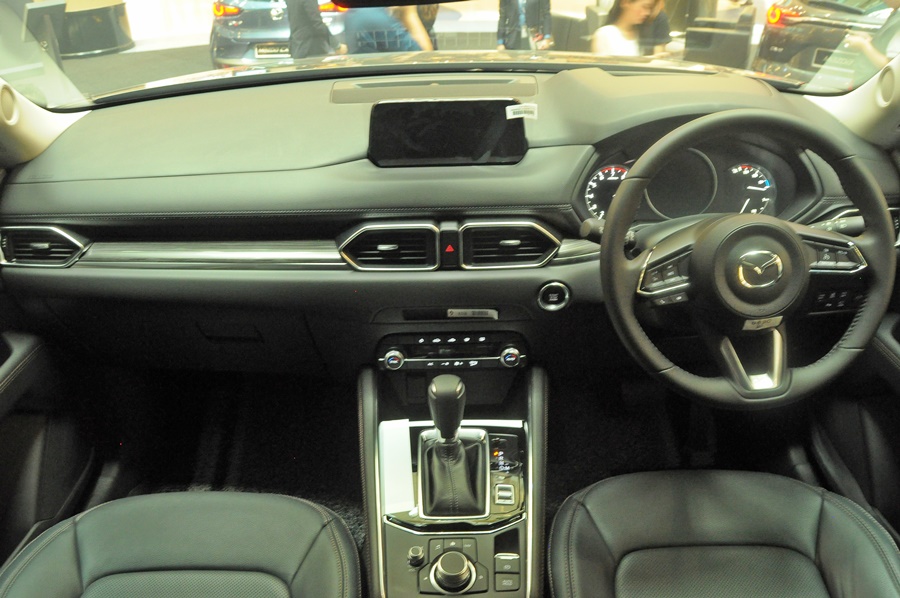 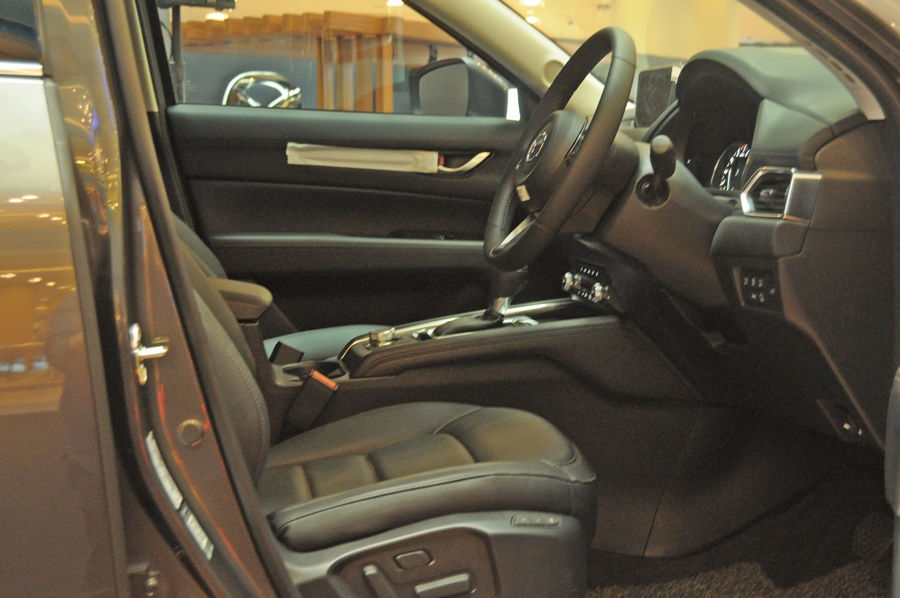 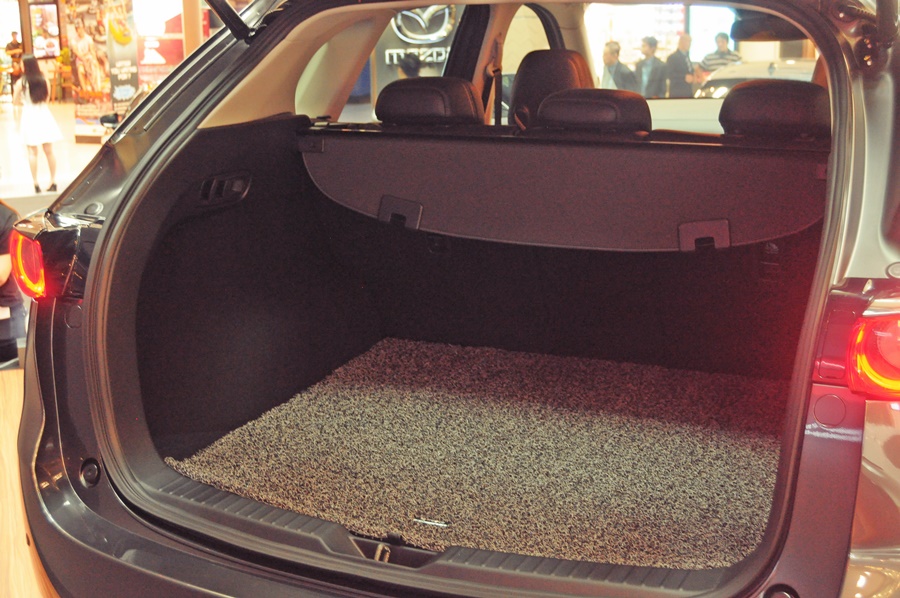 Safety-wise, the CX-5 2.5 Turbo AWD should have the complete Mazda i-ACTIVSENSE safety technologies to help the driver avoid an accident as well as reduce the effects of one if it occurs. High-tech features like LED headlights which can adjust their beams depending on conditions as well as pivot as the car goes around corners are already offered in some of the variants. There’s also autonomous braking – not just at the front to avoid a collision but also when reversing, which is a rare feature. 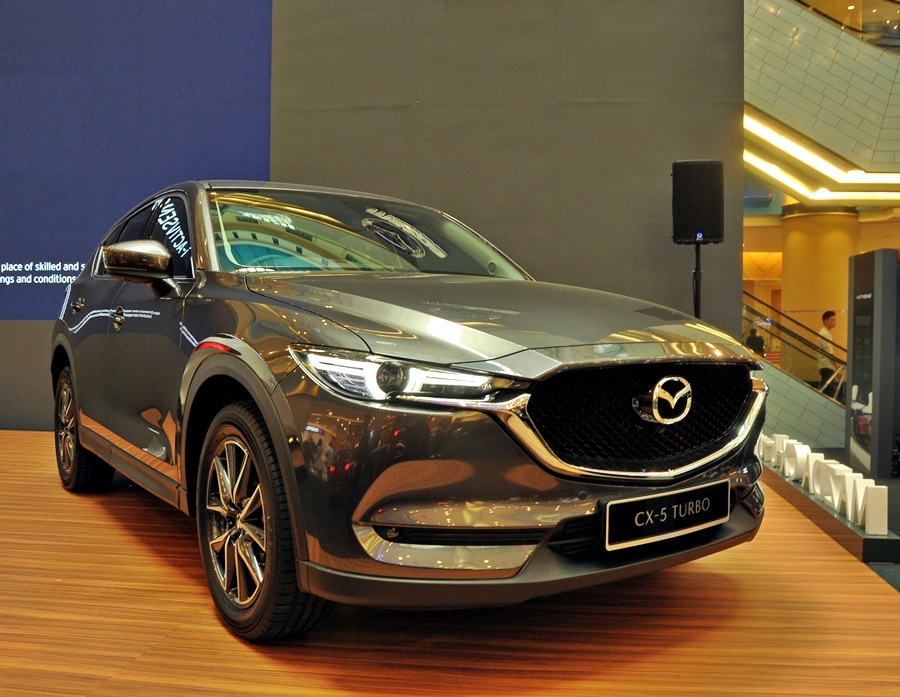 More information will be available when the new variant is officially launched in the near future. In the meantime, if you are in the Klang Valley from September 4 – 9, you can check out the CX-5 2.5 Turbo AWD at the Sunway Pyramid complex in Petaling Jaya.

Click here for other news and articles about Mazda on PISTON.MY